Snooping around here for inspiration and learning from others i thought it was time i created an account on this beautiful forum aswell.

I had to get a new stand as well. Since I am on a budget I decided to build it myself. On
Planted Aquarium Tank Portal - Project Aquarium
I found sort of a tutorial of how to build it. Since my dad has friends in the construction business I asked him to check how much the materials would costs. I gave him the print screens from projectaquarium.com and then it went quiet…too quiet. Until a week later he sends me these pics. 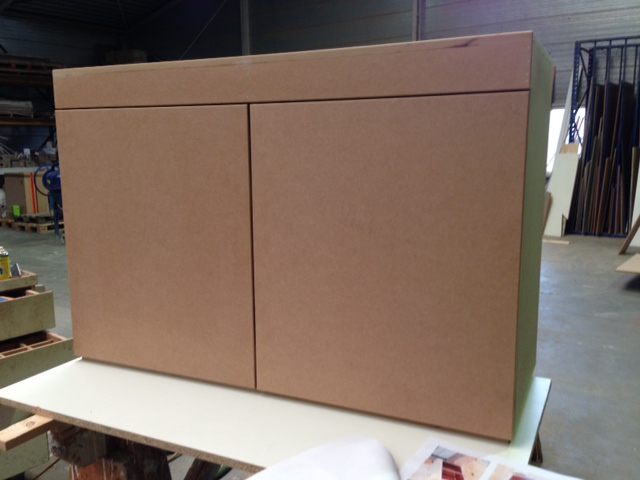 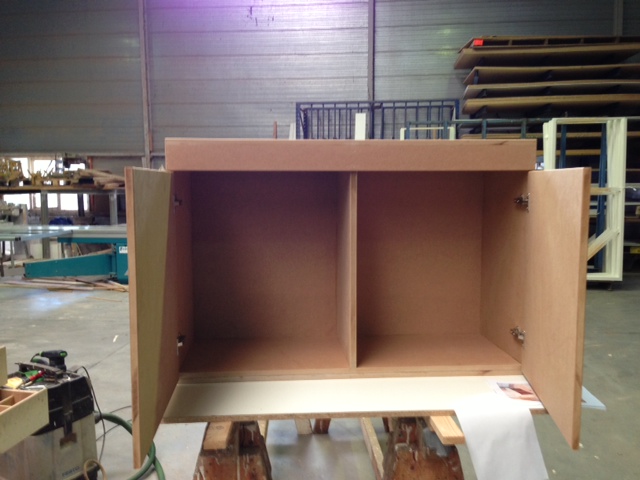 He secretly had the stand build! I was very surprised and very happy because to be honest if I had to do it myself… well let me put it this way…I can’t even build ikea furniture to something usable. I did paint it myself though 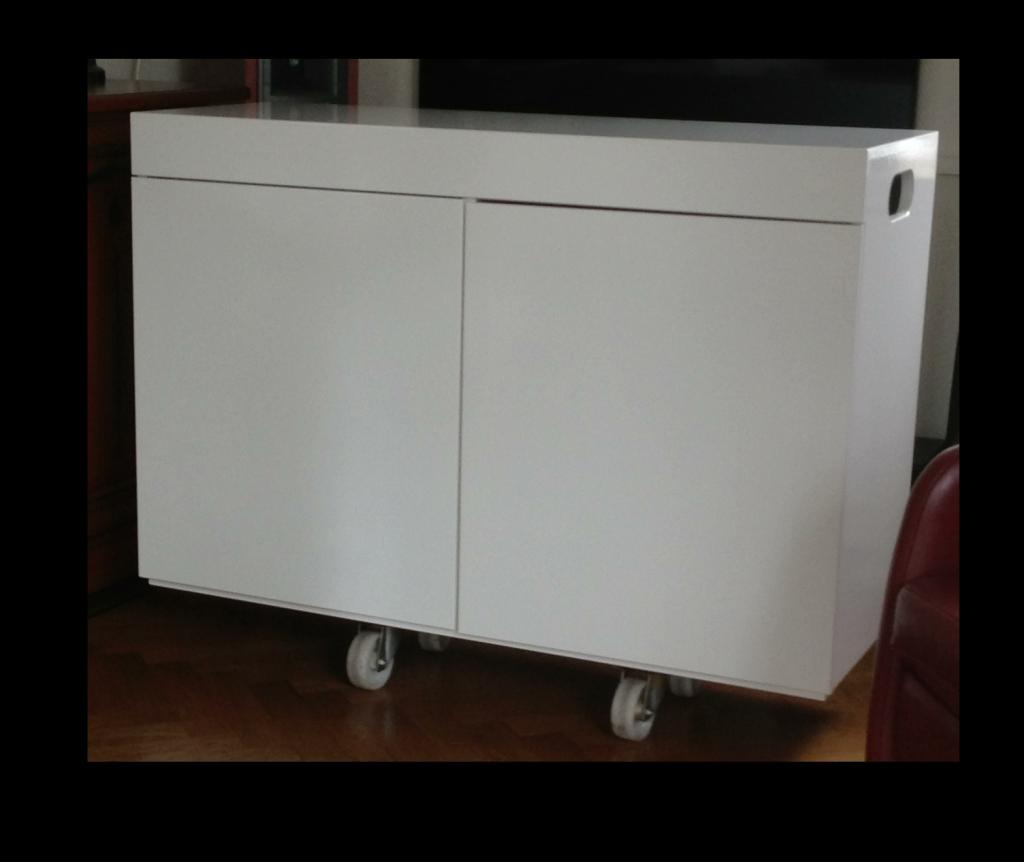 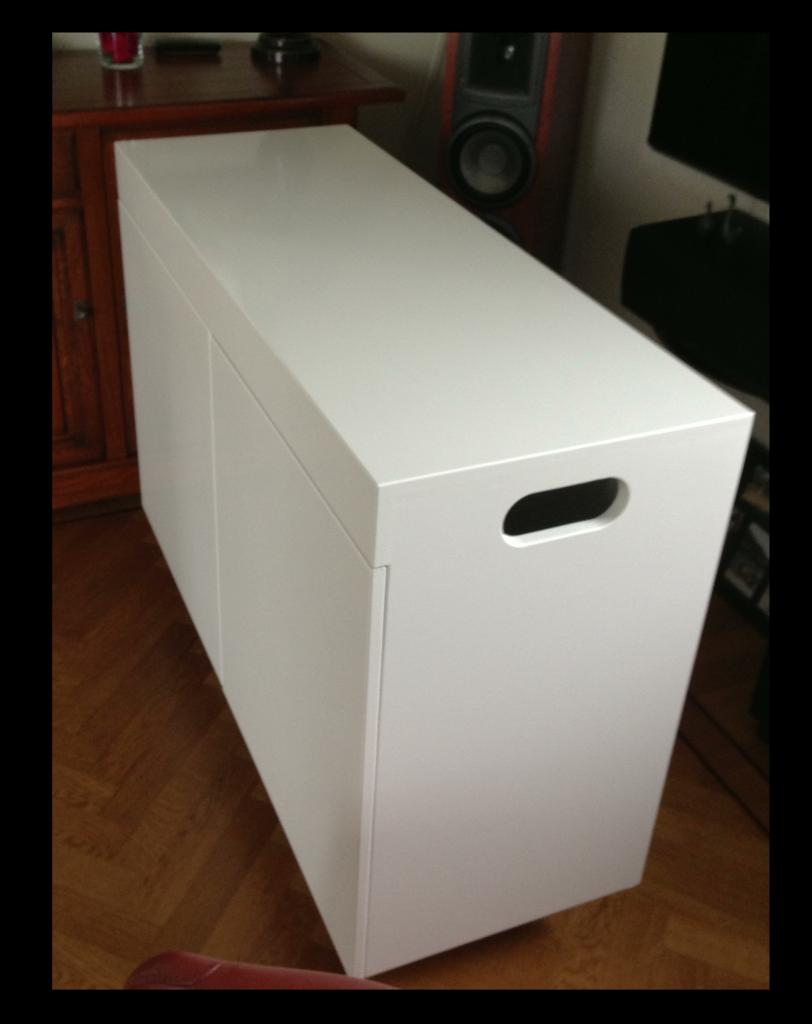 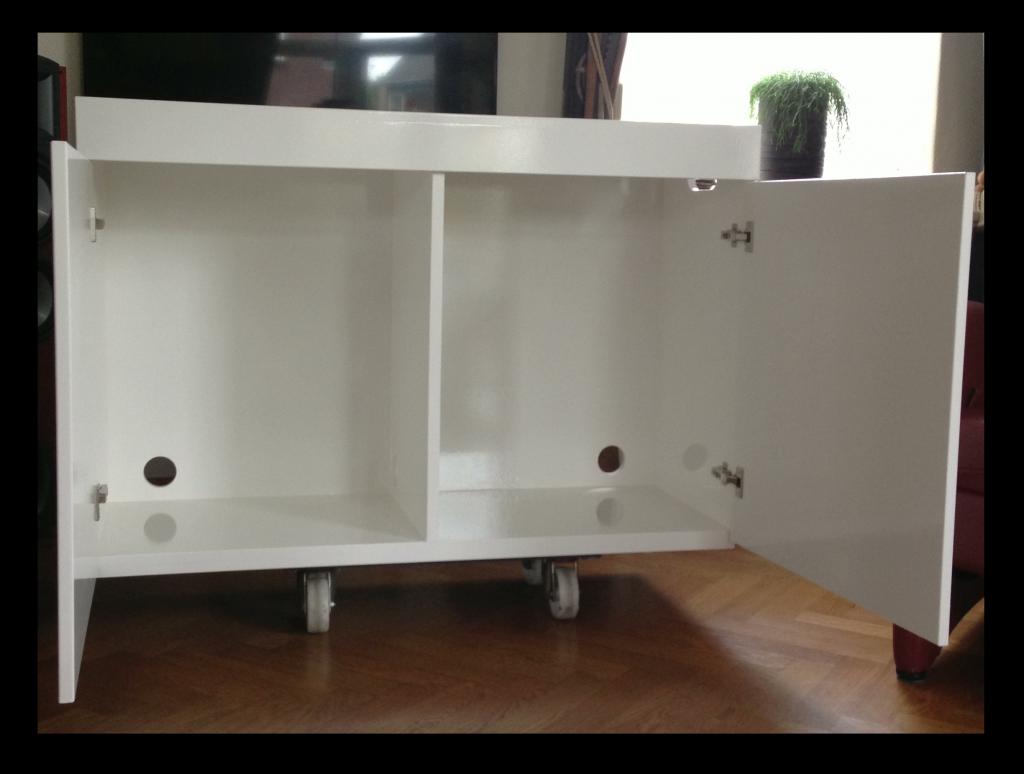 In the meantime I was trying to figure out what I wanted to do with the aquascape. I’m a sucker for the Amano style and I love Iwagumi so I had an idea. I build a fake tank and threw some rocks in. Sadly that didn’t work. Luckily there are forums like these were people are willing to help each other.
So I created something that I thought would look nice and Lawrence helped me to make it work and also teaching me why you would do something and why not. Since we had only contact by mail using photos and a major time difference it took us about 2 weeks to create the final layout. Lawrence was a big help in making this scape, to be really honest I often felt like Amano’s helpers in those black t-shirts and following Lawrence his input. I could not have done this without him

This was my fake tank: 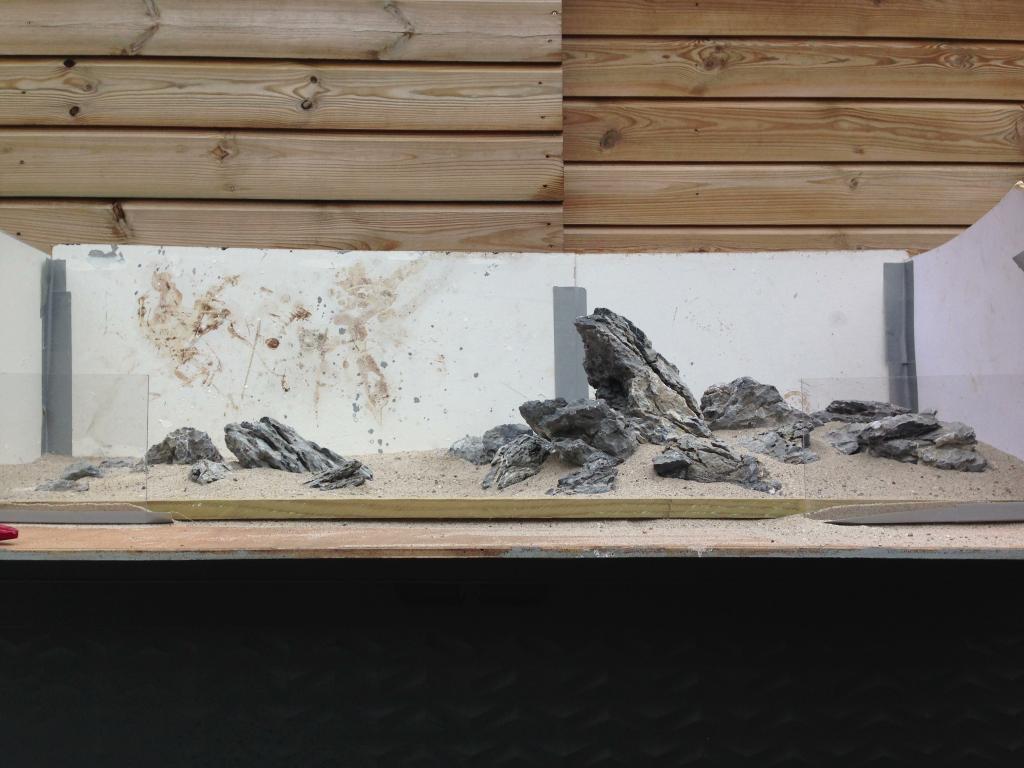 And here I went to recreate and improve it in the real tank: 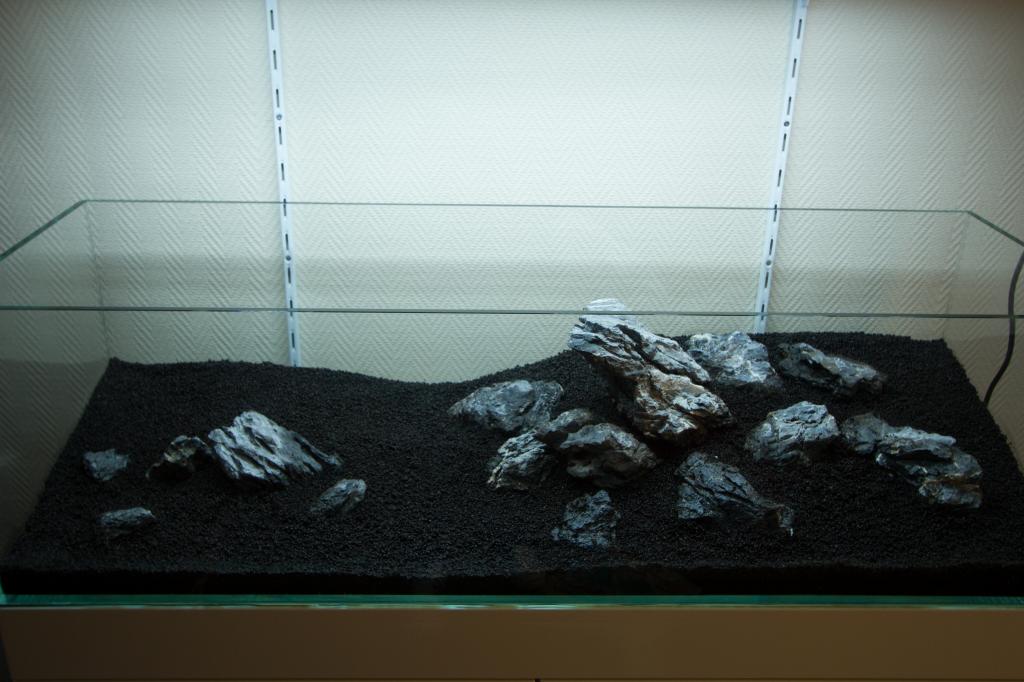 When I thought this would be my final layout I got an email from Lawrence with this drawing attached. What would I think of a path/river/road running through the tank. I wasn’t 100% enthusiastic about it because I have no idea how to keep in clean and not covered in plants. But I really liked the sketch and thought I will figure it out when I get to that point.

The Tank with and without the path:

When the hardscape was ready I went for planting.
I’m using the following plants (with ADA Amazonia soil):

For technique i have the following:
Filtration: 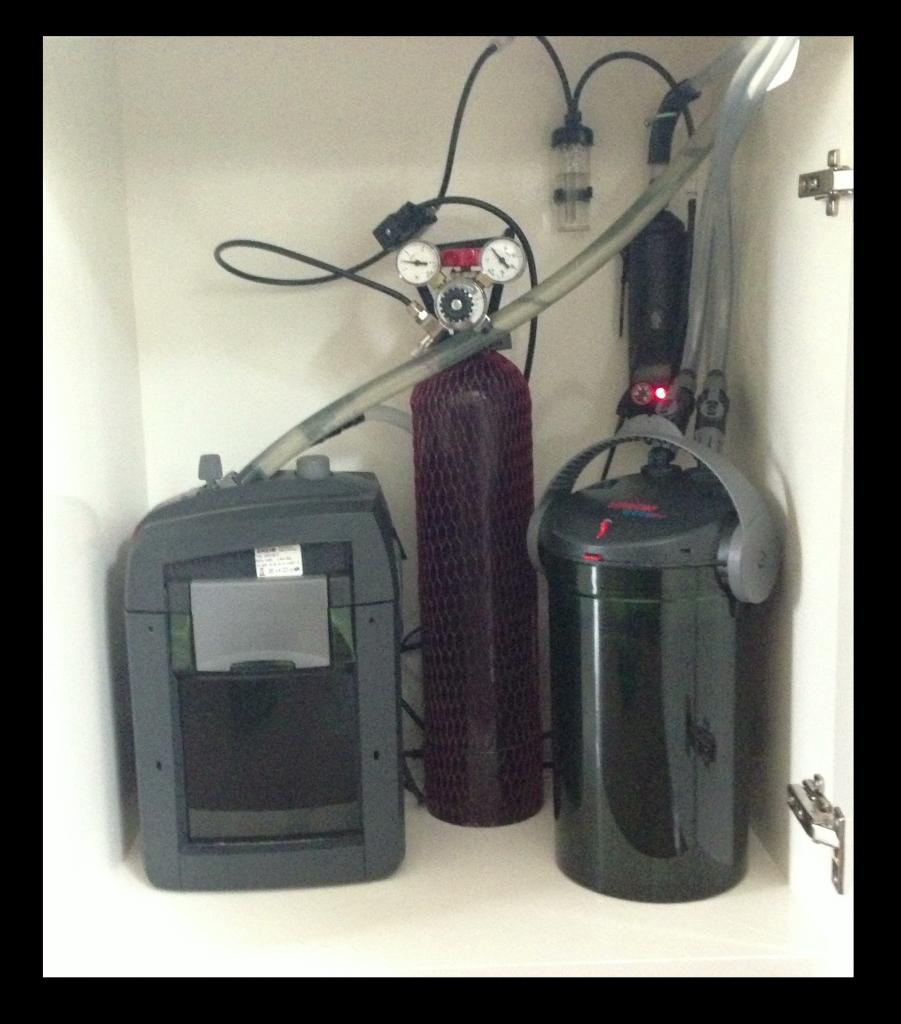 Some pictures after planting: 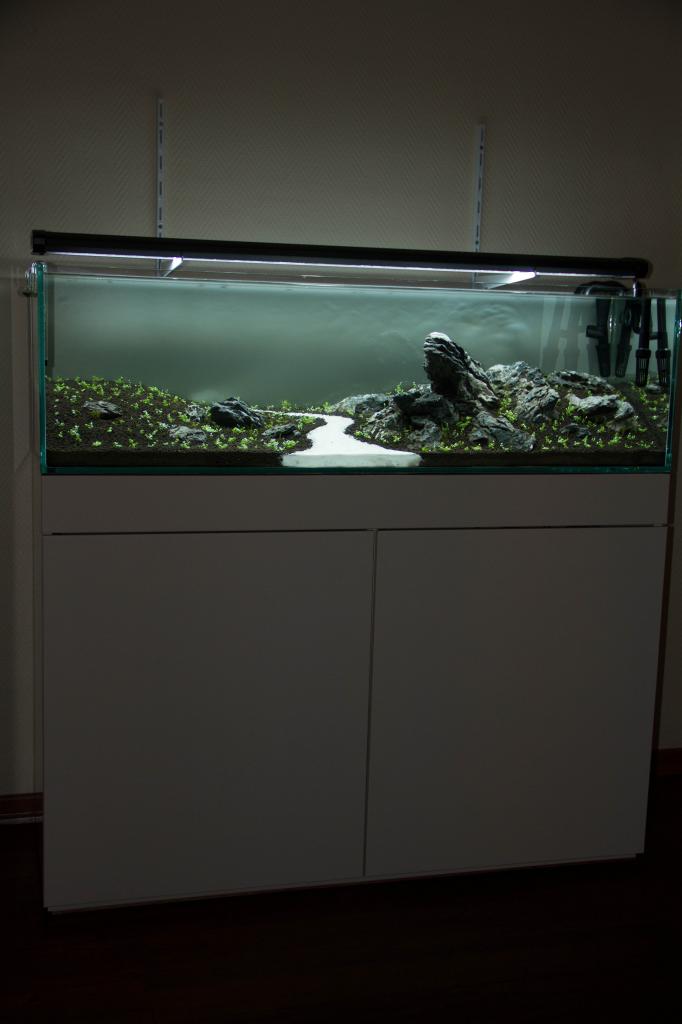 looking good mate !!!!
As the other said, the cabinet is very nice !! great work.

Absolutely lovely scape...great sense of scale, really like the path.

How you get a full carpet in 4 weeks, I'm struggling to get mine to fully cover and it been almost 5weeks.
Steveo
A Long Start, another Iwagumi story

Wow! That is awesome, thanks for sharing! Welcome to ukaps!
life is like a pot of HC

Thats a great scape and the rocks work is stunning, a really nice design


Posted from the comfort of my iPhone...

Stunning great cabinet and amazing scape, like others have said love the river and what great growth 4 weeks that's brilliant u get much algae or any problems ? Stunning and welcome to ukaps

Love it. The cabinet finish is perfect. Welcome to ukaps

This is superb, scape, cabinet and superb images too,

That's really nice good work Cool user name too transformer mad in this house.
A good turn never goes Un-punished. I opologise in advance as I will ruin your thread.

and keep us posted congrats

thank you all for the compliments I am really honored. Im really happy the scape turned out so well. Why it grew out so fast? Tbh i have no idea. I did nothing special. adding CO2 and dosing EI from day 1. I dont know if this could be a reason behind it but I accidently started out with 10 hours of light instead of the 8 I was planning. (the timers were still set for the previous tank and forgot to change it).

To be really honest the scape looks better on the pics atm then in real life. Im still figuring out the reason but the HC colors arent great. they are dull and yellowish. debating atm the add more iron or Mgso4.

Back for an update, things arent going the way they should lately. A few weeks ago my girfriend decided to feed the fish.... this whas the result: 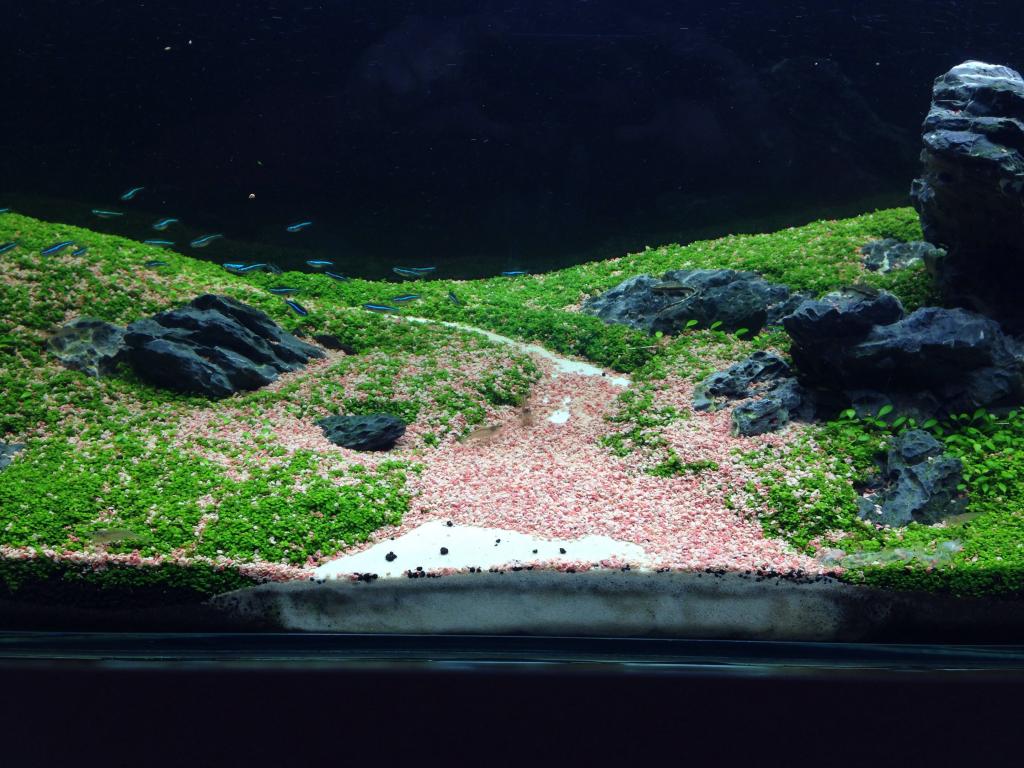 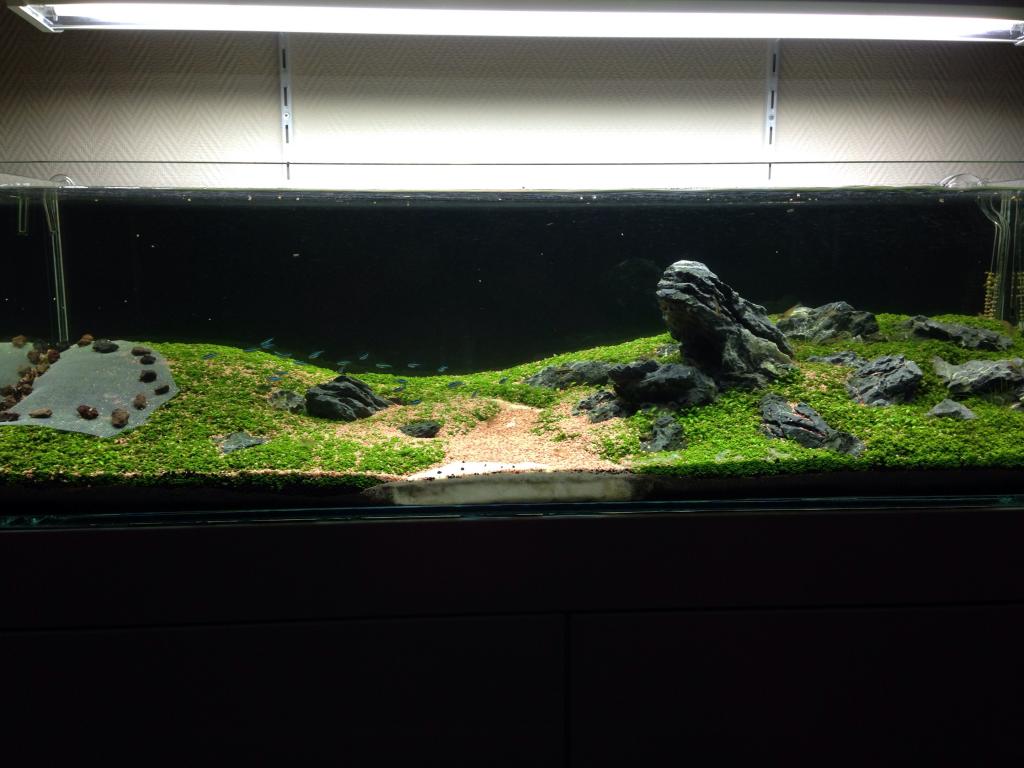 So i wasnt really pleased with her feeding the fish and i had to clean out the tank, I had to replant 70% of the HC because it all came lose when cleaning.

Now a few weeks after replanting its starting to look better but then i noticed the silicone acting weird. It al started when i picked up the tank in september i noticed some bubbles in the silicone. the LFS said it wouldnt give any trouble. but overtime the silicone turned white and i contacted the LFS this week with the same picture. As a result the tank is not save and they are building me a new one. Big bummer to start all over again. 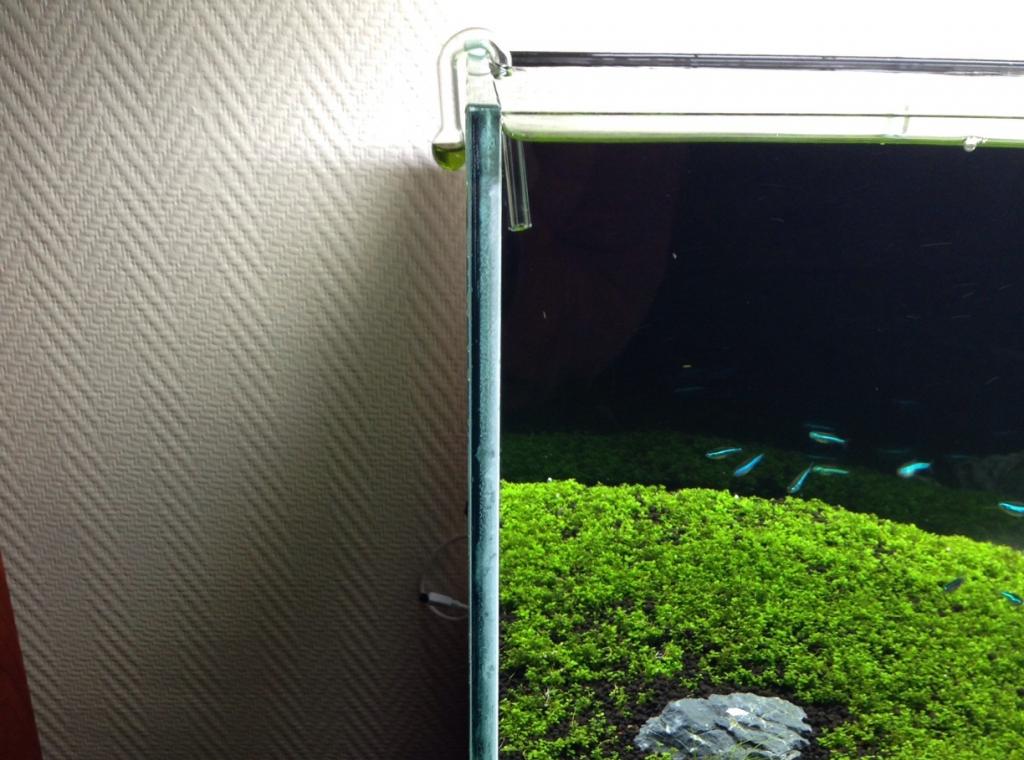 So next update will be an exact copy of this layout and hopefully i have better luck with the new tank.

Sorry to hear about your troubles Omegatron, it was looking really nice.
ADA 60P - Midori No Mori

Bummer. I would be asking for compensation.....

Sent from my GT-I9505G using Tapatalk

aliclarke86 said:
Bummer. I would be asking for compensation.....
Click to expand...