So this weekend I decided to clean up my outdoor ceramic tank in order to remove all the Clea Helena snails that have eradicated my snail population. I though it was a good idea to have those snails. I was wrong. I also decided to remove some of the plants and add a few new ones. Also added a thin layer of river sand, perhaps ~2cm. I was not sure about it but thought I would try. Here are some pics.

Here is how the tank looked like a few months back. I do not have any recent picture. I used to have a homemade filter attached to an air hose but got rid of that long ago. Was a pain to maintain: 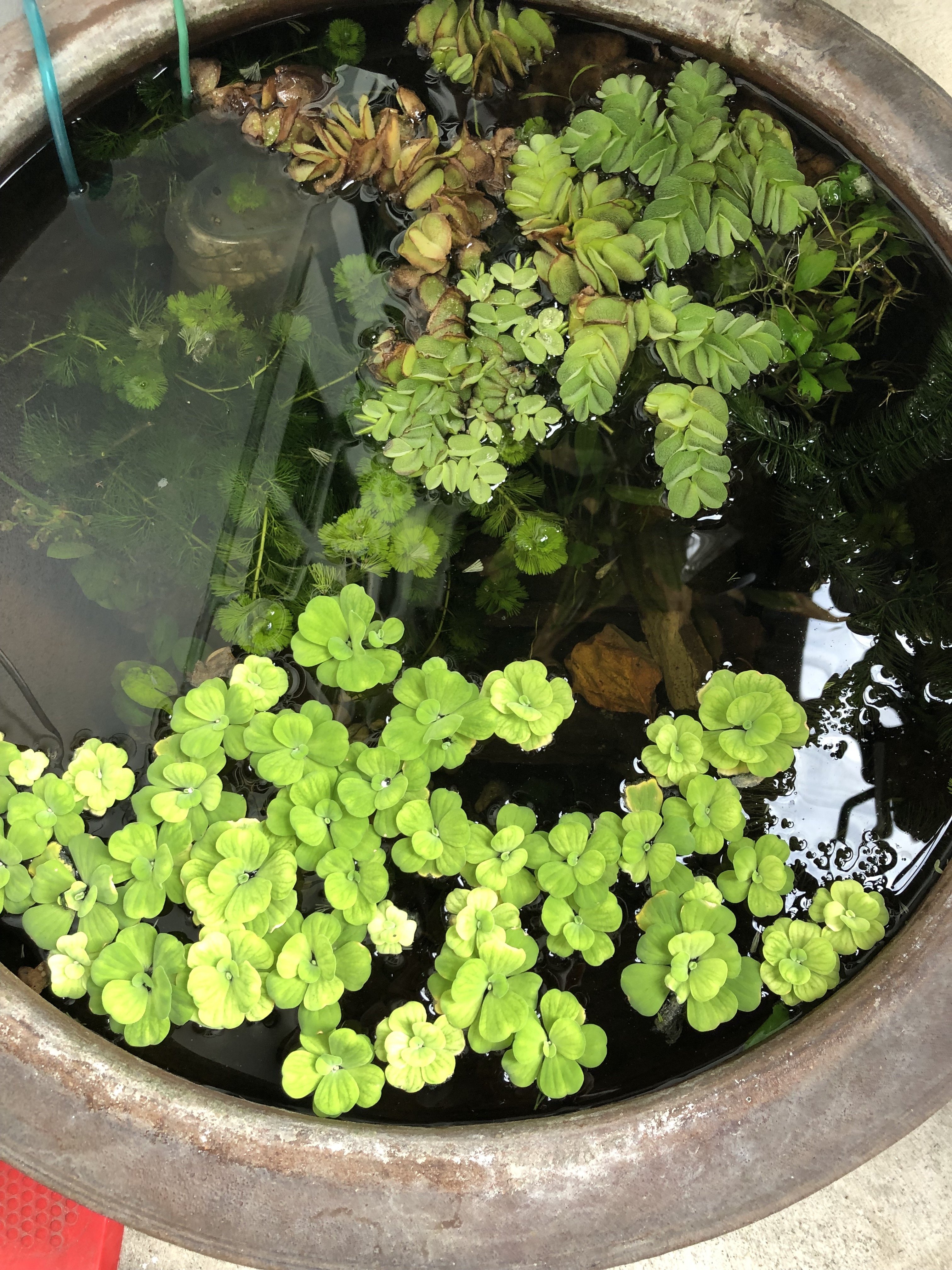 Here after dismantling everything: 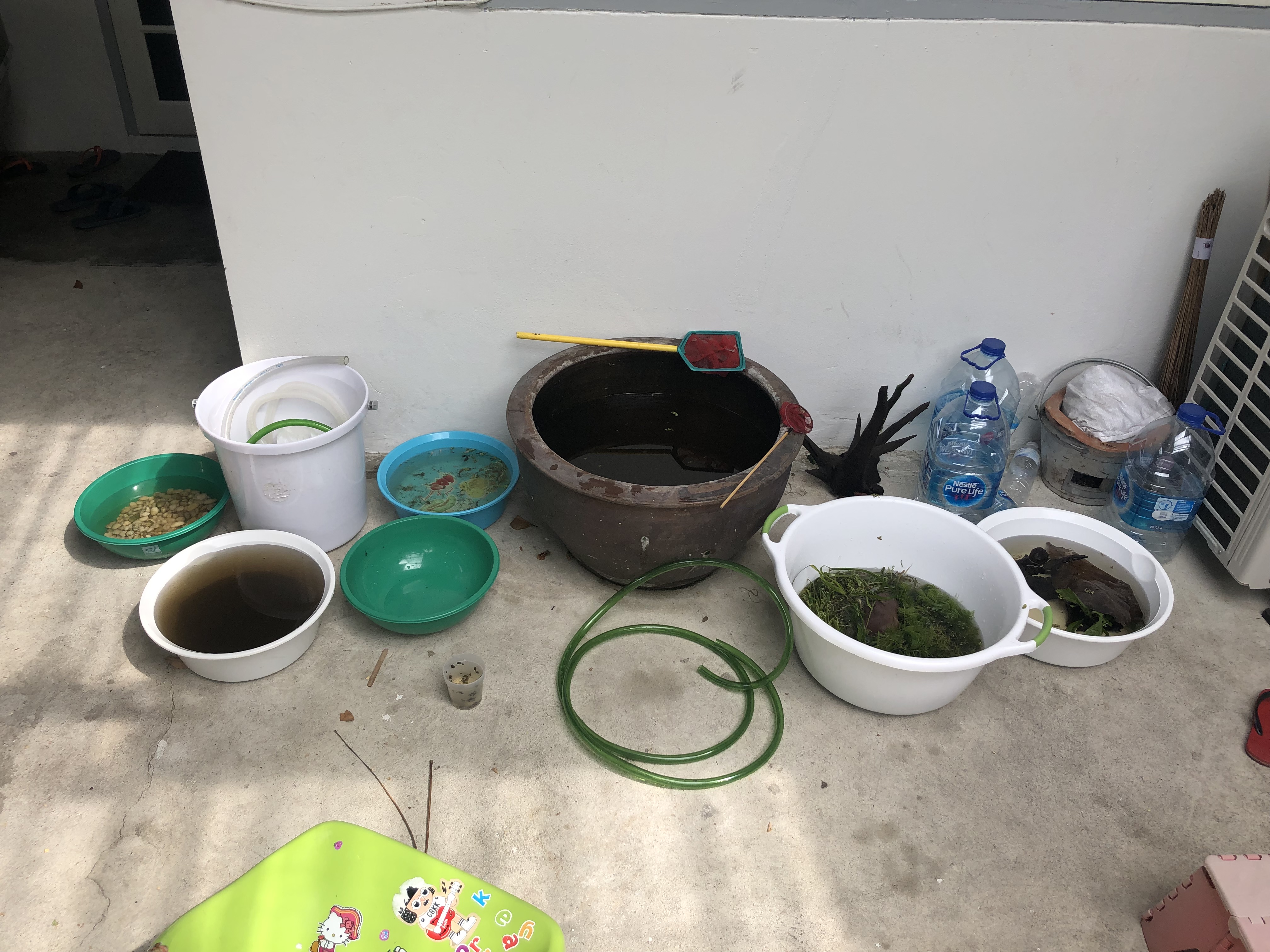 The reason for dismantling. I was able to pick out at least 50+ of them: 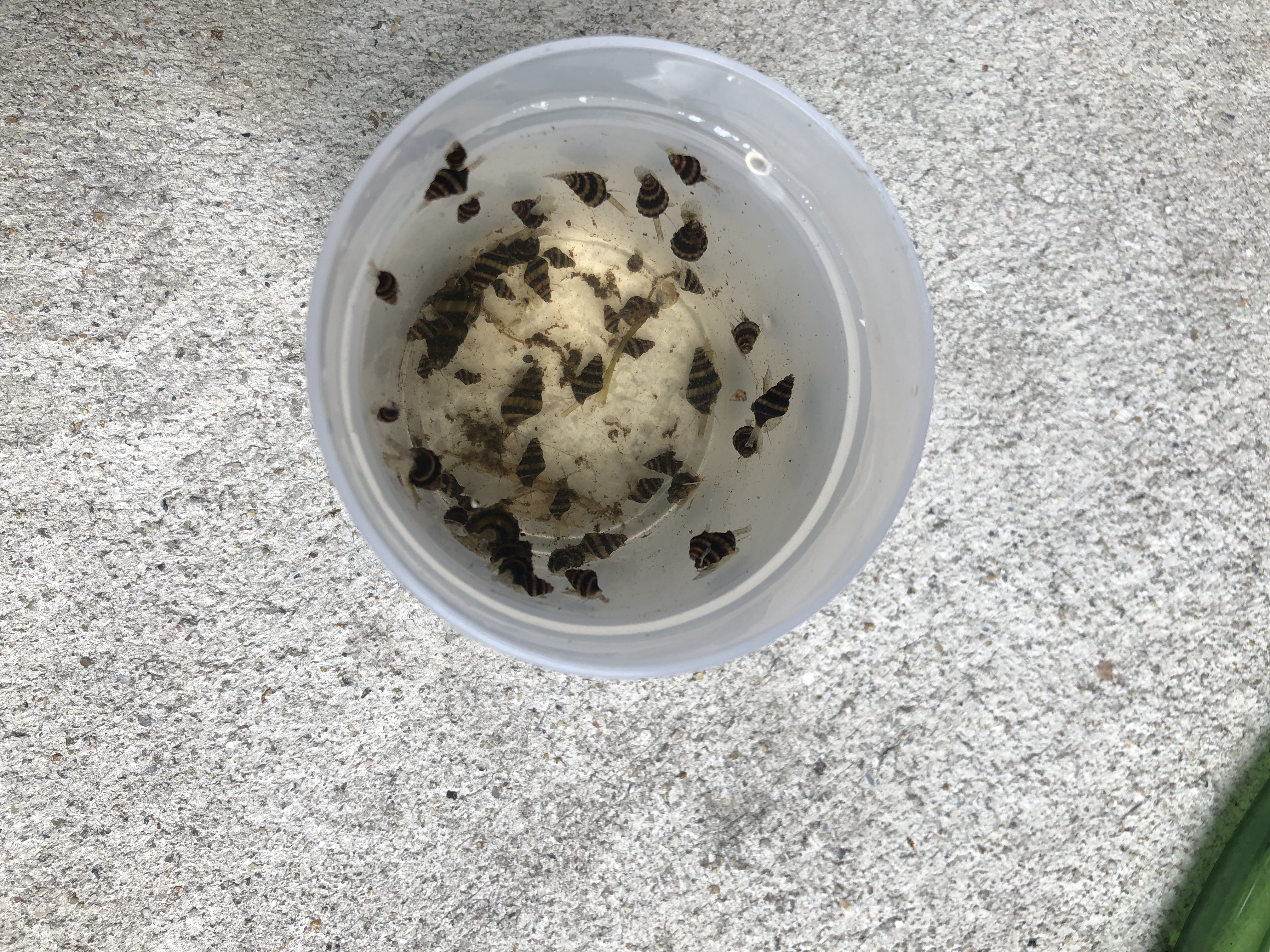 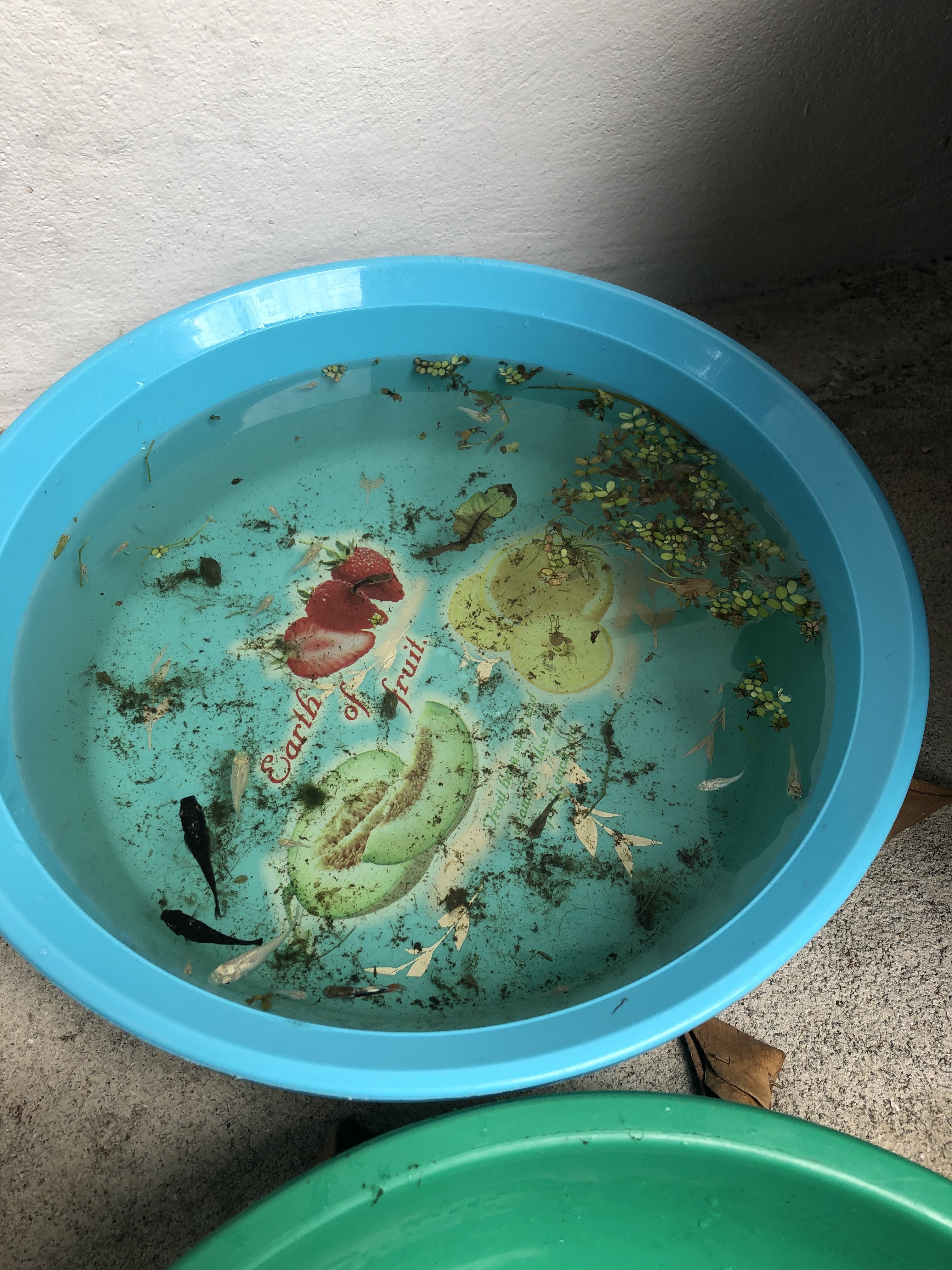 Mystery fish. No idea what they are. They do have a black stripe along the body but due to stress during water change those trips faded. One looks pregnant or perhaps is obese . Used to have 3 but one jumped out a few month back and I only saw it in the morning. He was hard as a stick. These fish are jumpy by nature. Other than that, no casualties, except for the snails. 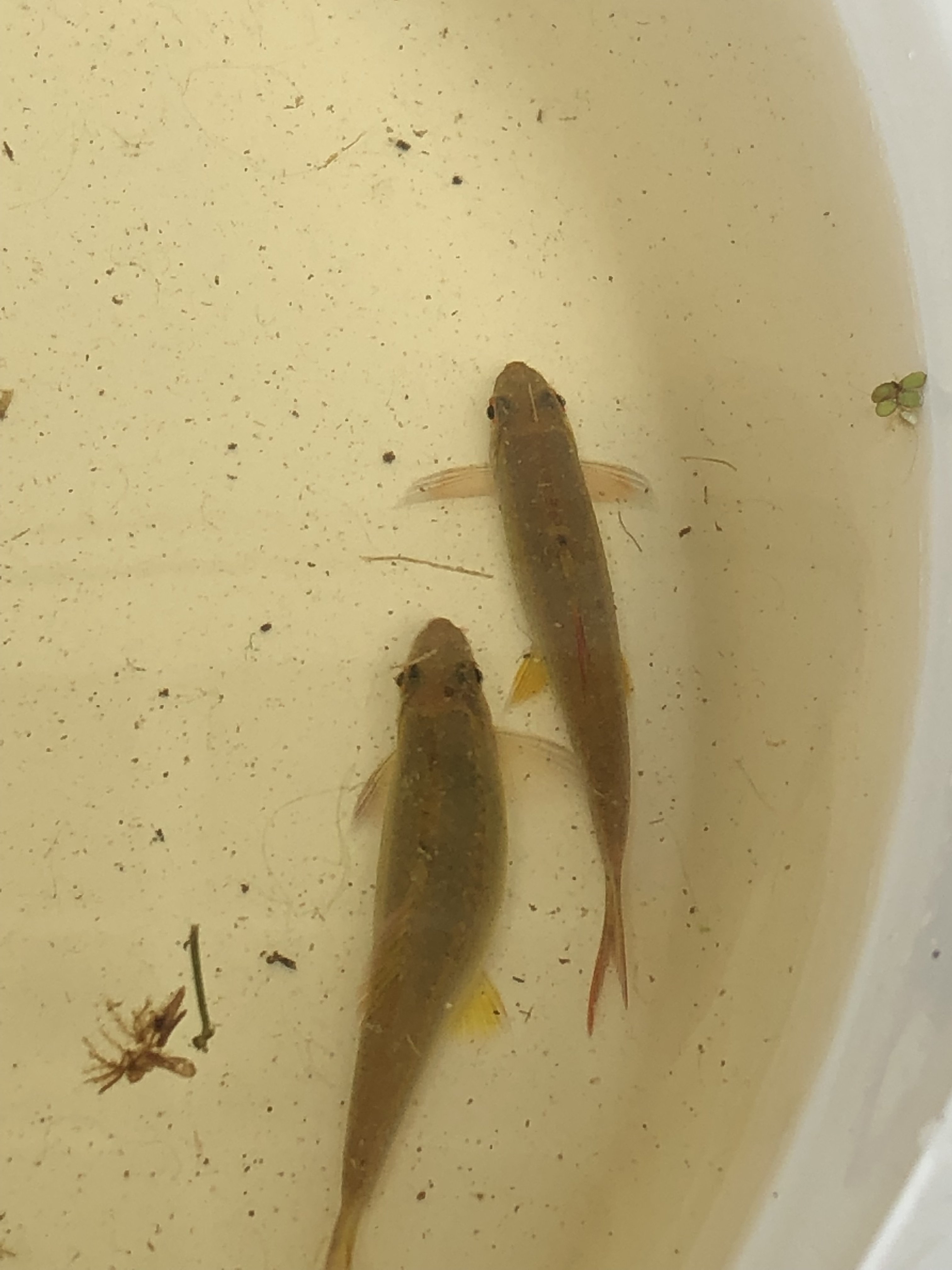 5 seconds tops out of the water: 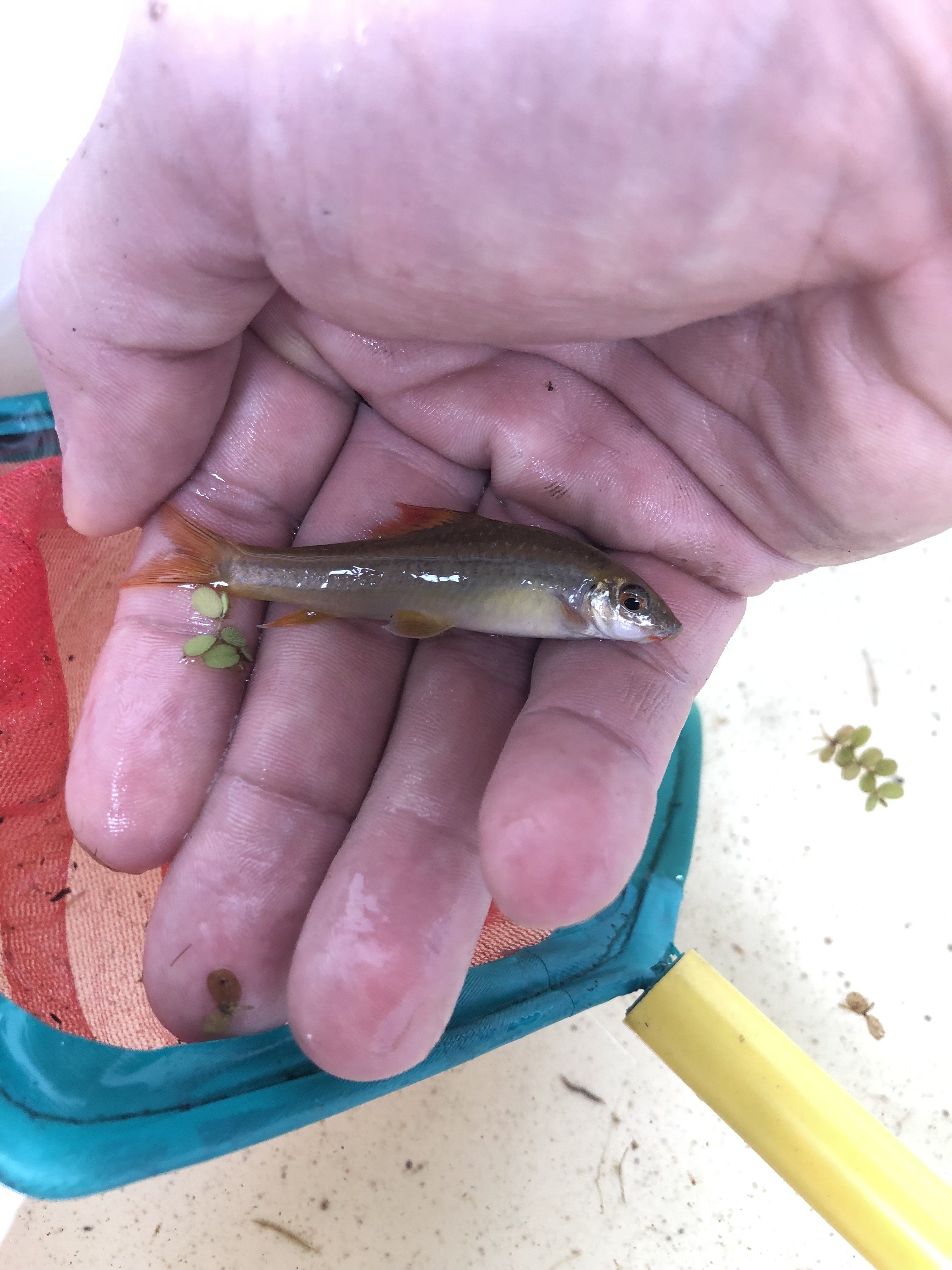 After filtering all the sludge. Snail graveyard. 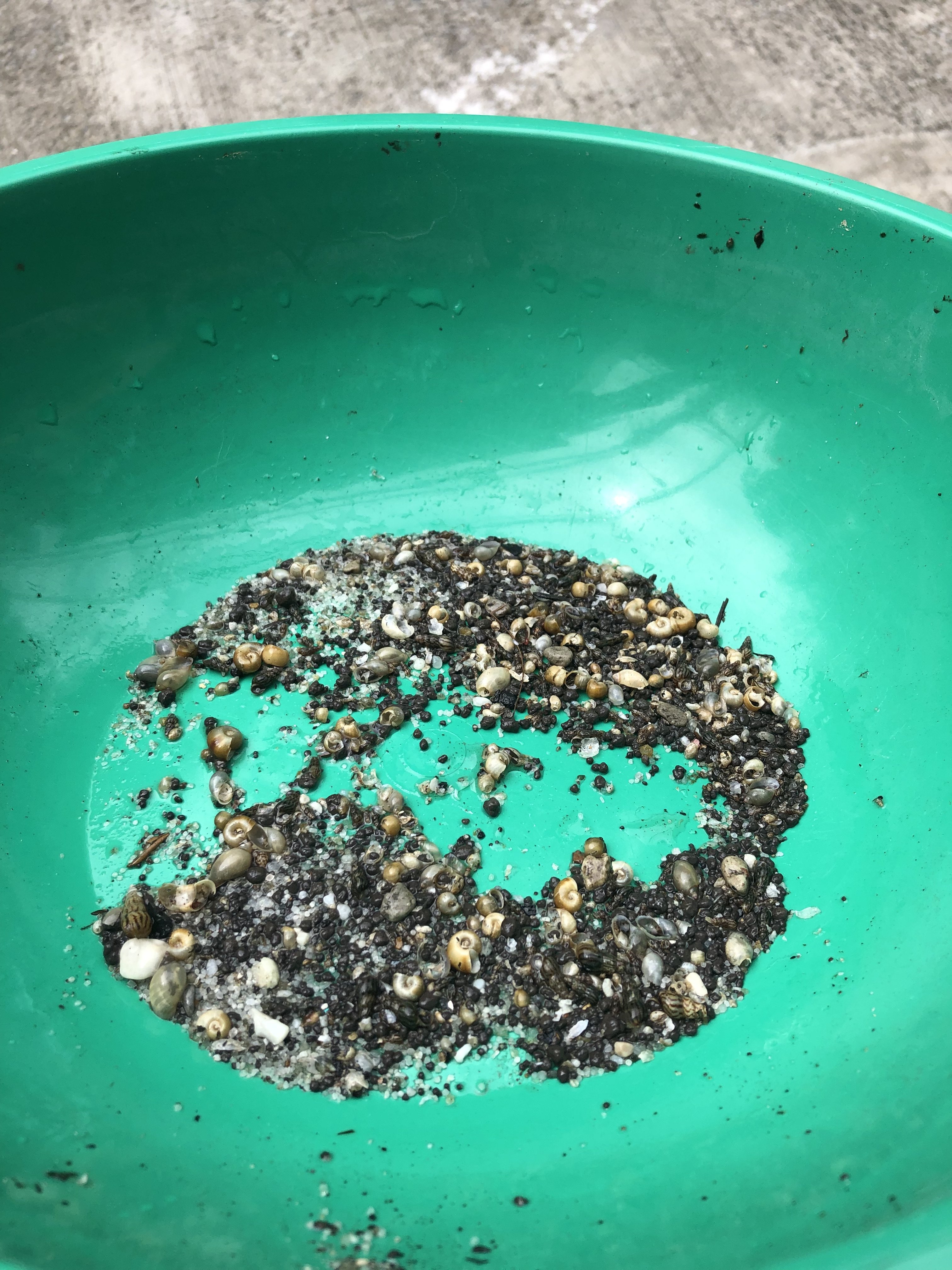 A gift from an aquascaper friend to whom I gave all the Clea Helena snails. I was not expecting this. For those who don't know these are eriocaulon but I am pretty sure most of you guys know. He could not tell me what species exactly they are since there are over a 1000 different species (all about eriocaulon) and he bought them from a farm in Udon Thani province, NE of Thailand. There are in fact 2 different species in the pot. If you look closely the one at the back right is not the same than the others: 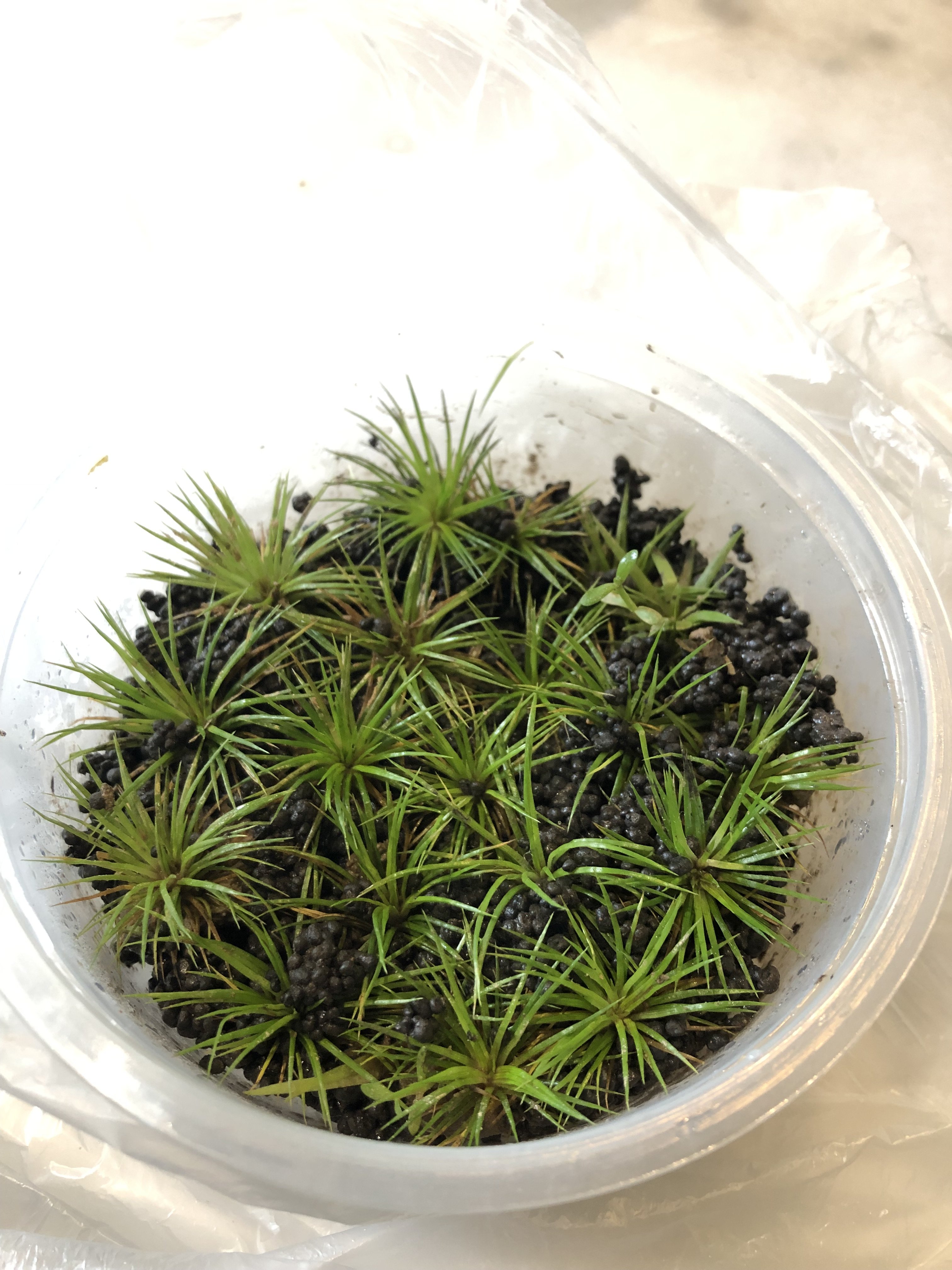 Some pictures of how they look in the farm he bought those eriocaulon from: 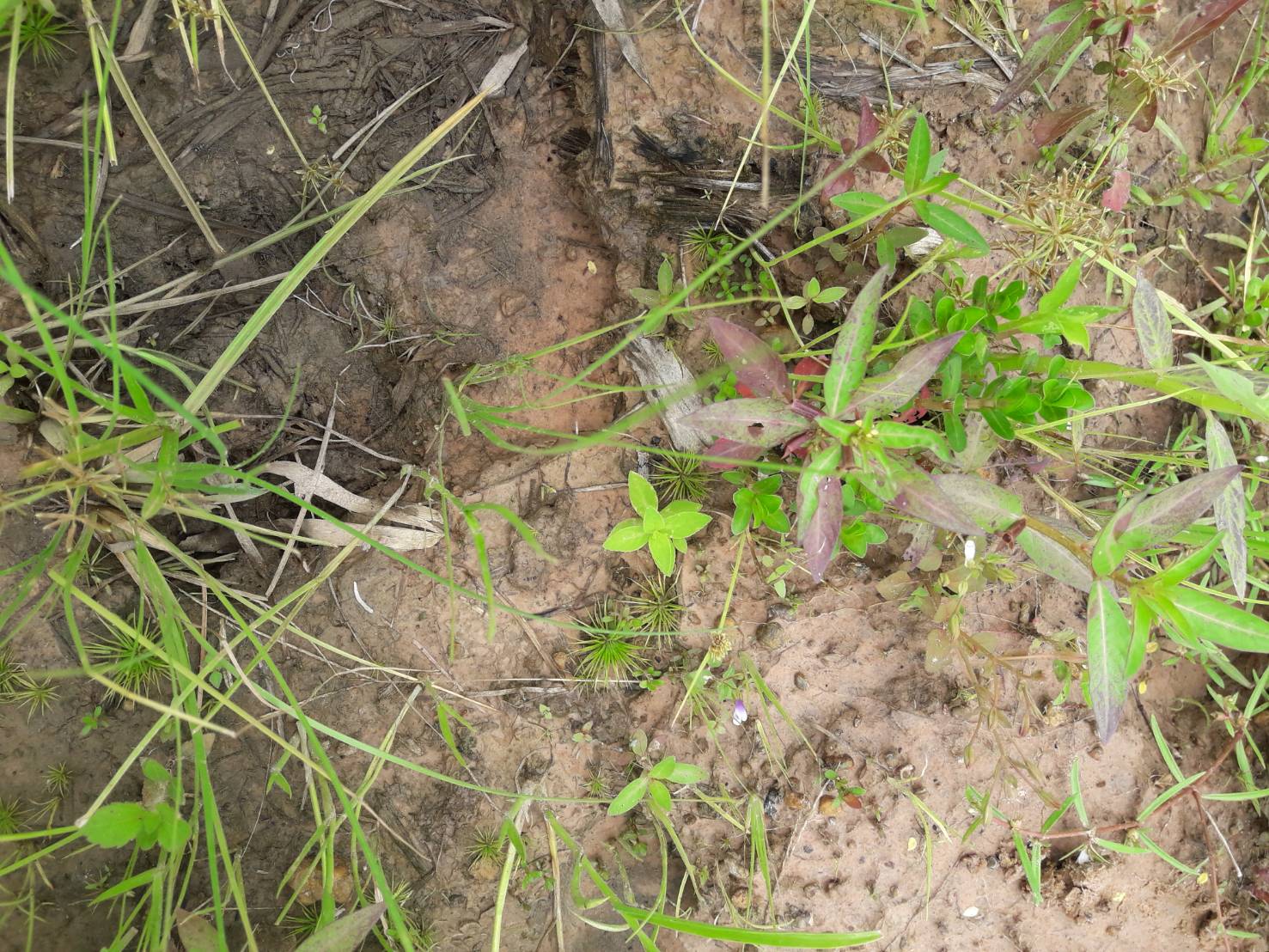 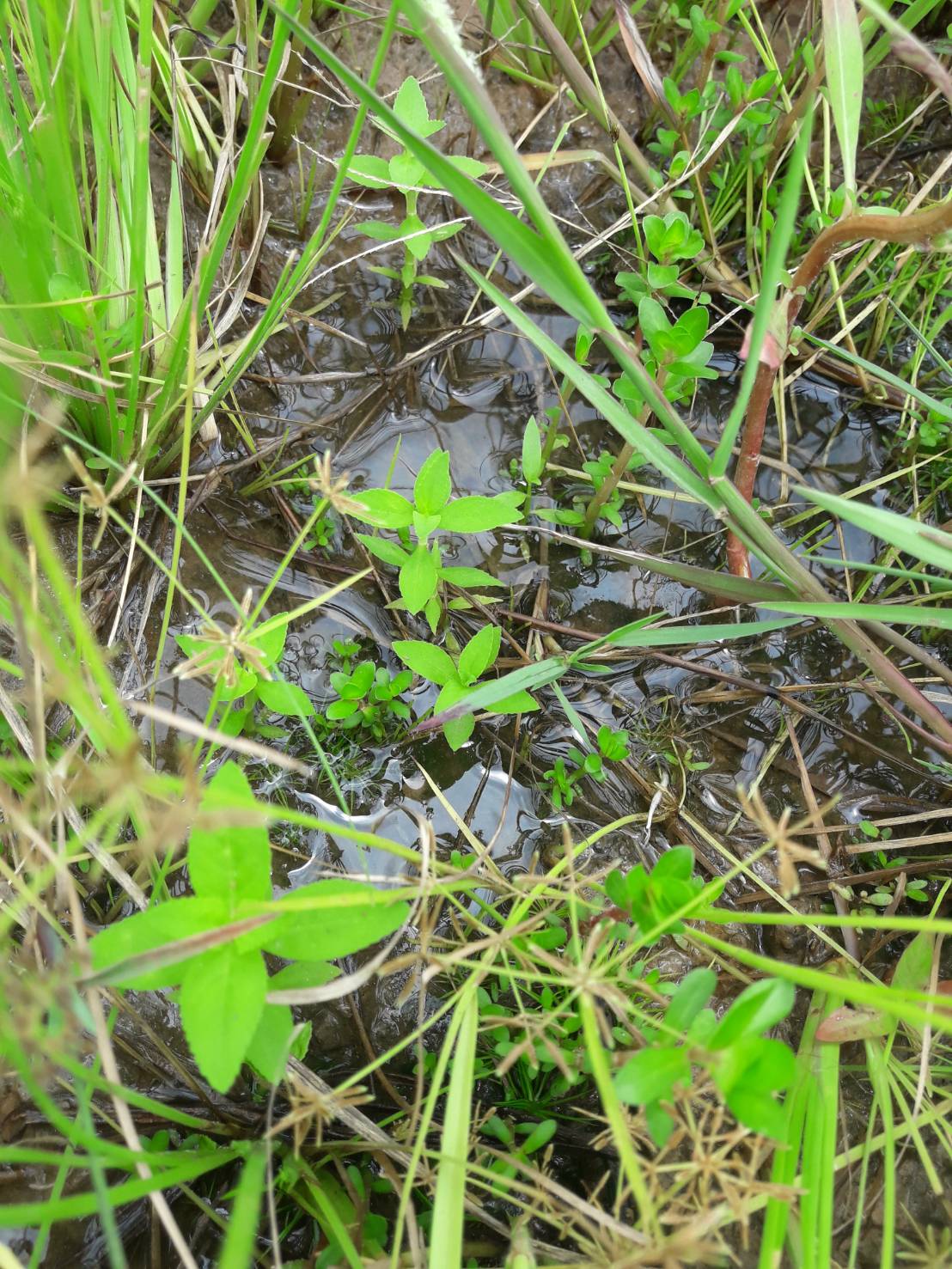 And the final look of the pond: 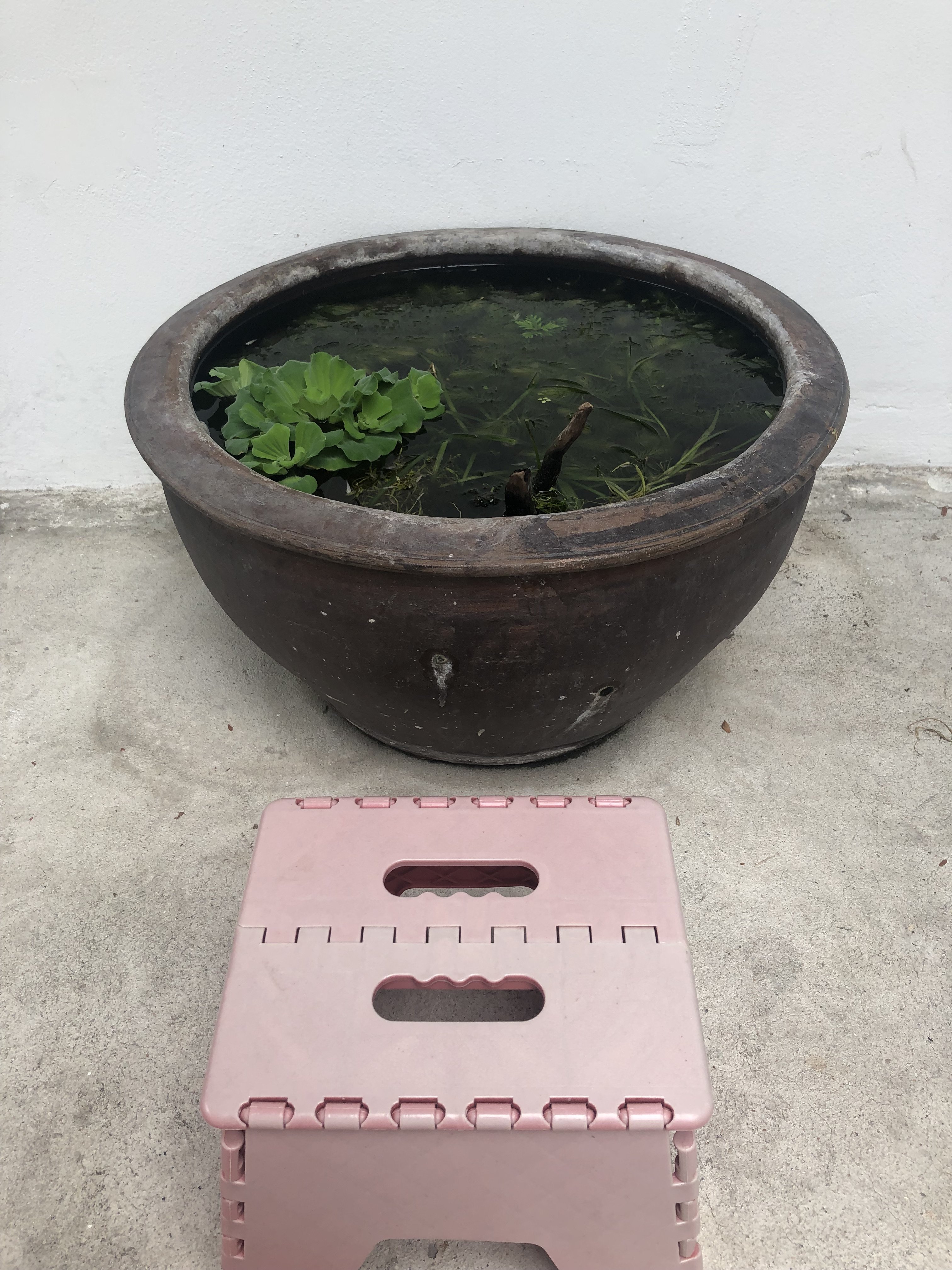 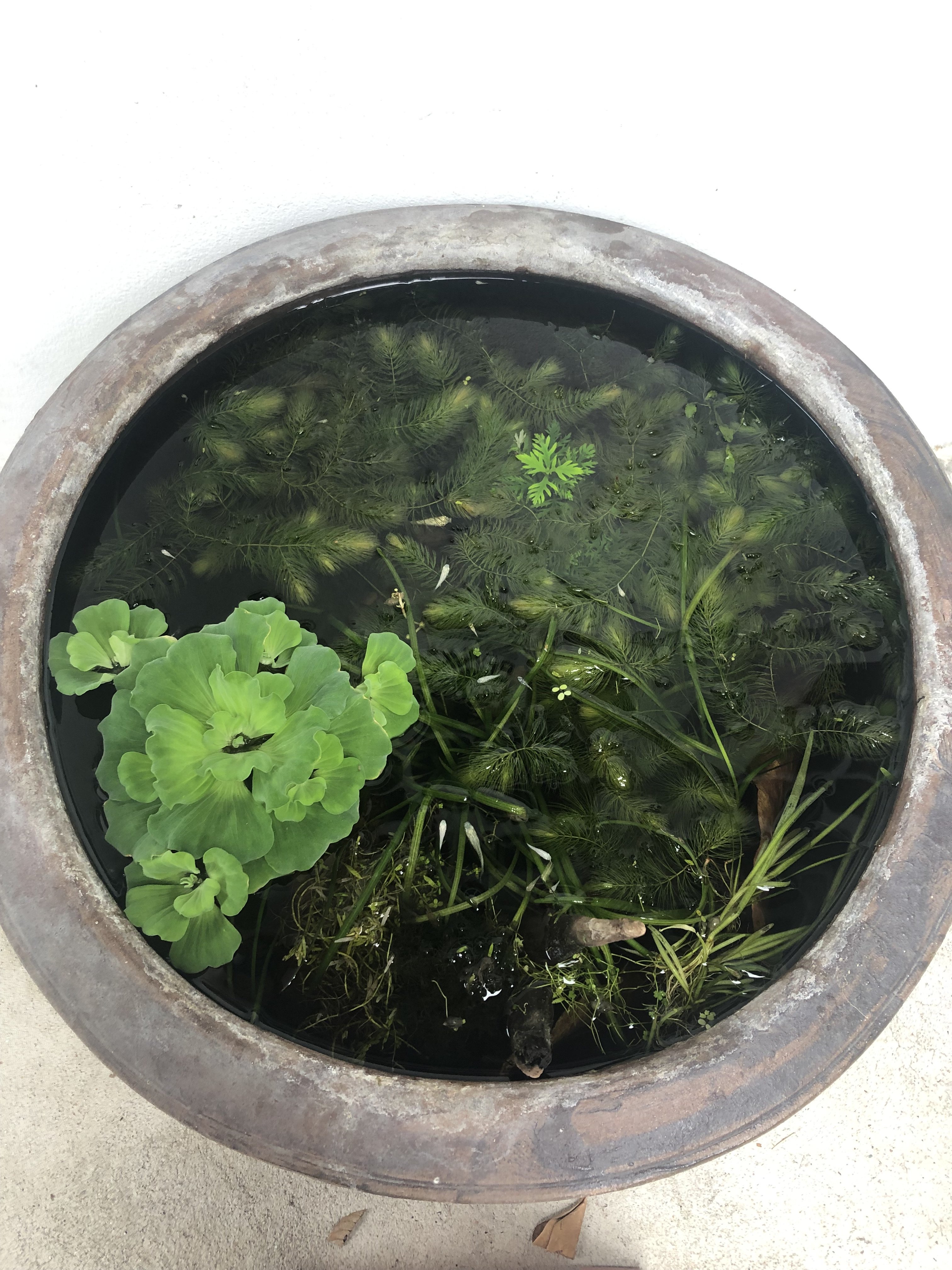 Nothing spectacular nor beautiful. I mostly use that pond to throw in the cuttings from my tanks and for testing how long they will survive in these conditions. So far the most resilient plants have been the Vallisneria and some Rotala (which is not in good condition but has managed to survive several months like this). The Hornwort and floating plant are just there as filtering aids because I do little maintenance on that tank. Once every two or three weeks.
Last edited: 14 Aug 2019

Added the missing pictures and some additional comments.

Looks good
Not sure on the ? Fish

dean said:
Looks good
Not sure on the ? Fish
Click to expand...

Yes not sure. I thought those were SAE but honestly I don't think so.
C

Maybe. Can't say. They have been there in the pond for several month now. So far so good. These guys are very fast and difficult to catch.

Mouth is too much underslung for Roach, and lower body is too flat.

Yes. I am no fish expert but after looking at what a roach is on google that is definitely not it. Although not very obvious, my fish have small whiskers and are bottom dwellers. Roach don't seem to fit that description. Plus I bought them at a local fish store that doesn't sell big fishes. I don't think these fish will grow much more from what they are now.

Maybe some kind of shark? 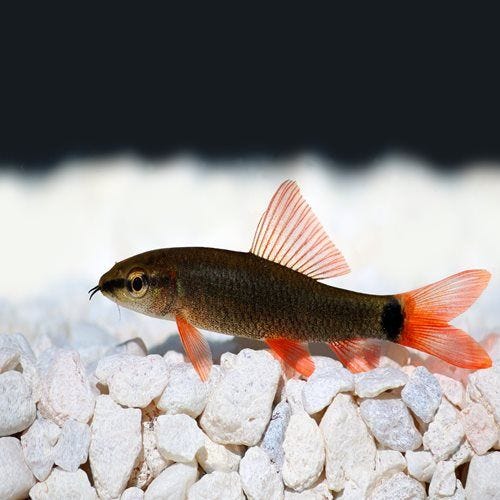 Or a Botia Loach 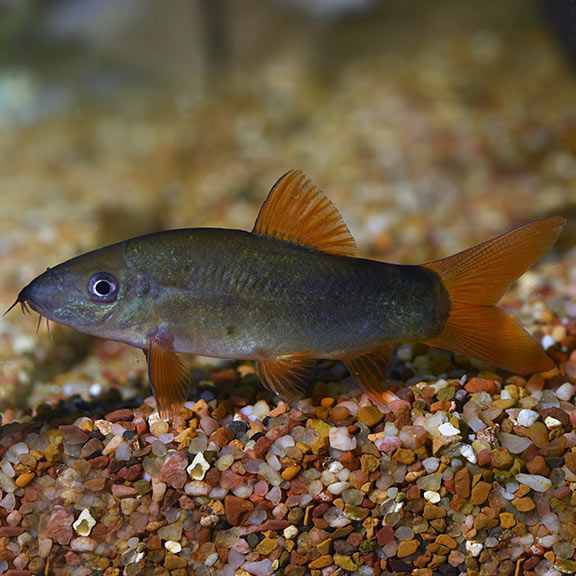 kadoxu said:
Or a Botia Loach

Sent from my SM-G960F using Tapatalk
You must log in or register to reply here.