Going to have a Go at a Palu for the Living room.
Will be using the Matala Matting for the background and will cover in Moss and Wood.
Going to use one of the many spare pumps to draw water to the top for the trickle.
Using Bio Media for the gravel and Biohome aswell to surround the Pump. Will be using Crochet Netting to male the Pump Housing and fill with media.

Will Be housing the Super Crystal Reds and Wine Reds. And a few Micro Crabs etc.

A few pix from the build.
Used a small filter for the uplift. And cut a length from a siphon, which fit perfectly. Also used the spray bar from the filter.
Cut the matting to size. And just push fit.
Added mature bio home media from the shrimp tank, and sponges etc. And the mature sponges from the shrimp tank.

Washed some old shrimp soil and added a layer.

Then I just cut a price of poly filter to hang over and into the water. And act as a wick for the flow.

Now Fil sent me loads and I mean loads of moss.
And I did not need to attach it the polyfilter. The steel mesh sticks to the polyfilter without using anything else.

So covered the entirety of the matting.
And added a few larger pieces of moss to the lava rock.

Also I few strands of hydro from ram bam.

I am really happy with it. And surprised how easy it was. With what I had.


Will take a few more pix once the water clears etc.

Forgot to take pix of adding the moss etc and hardscape. 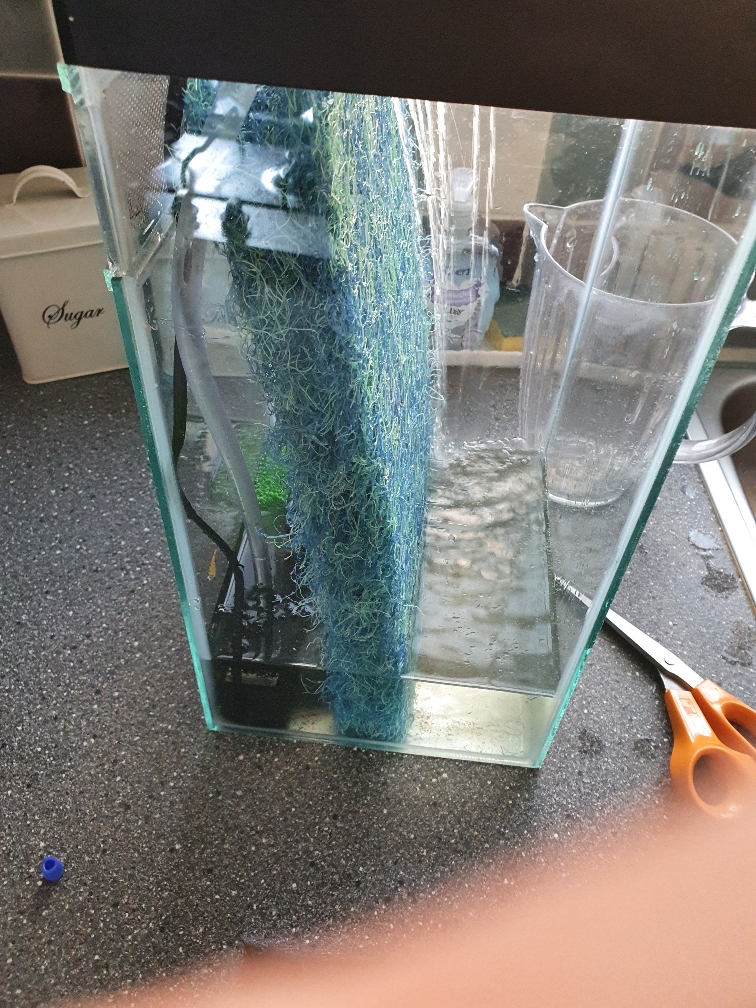 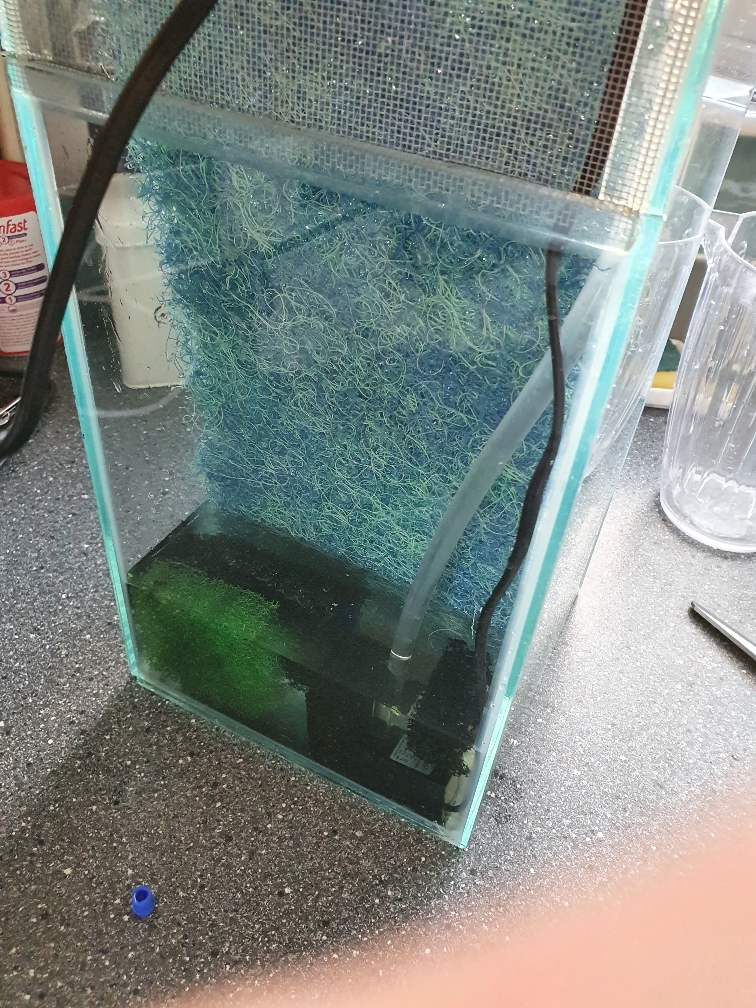 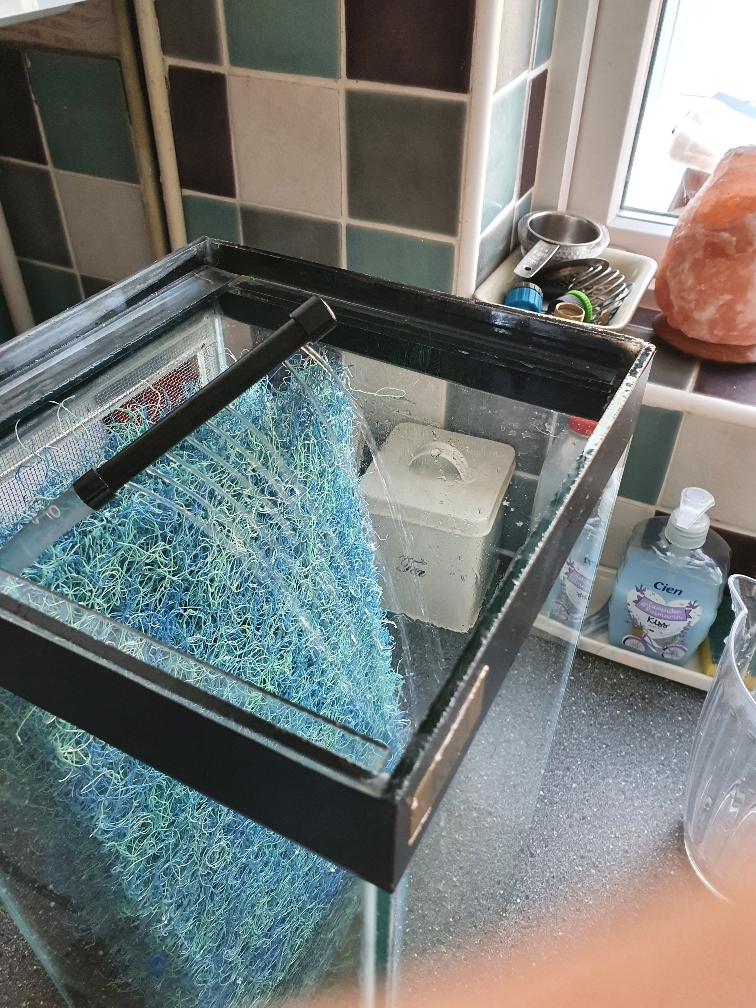 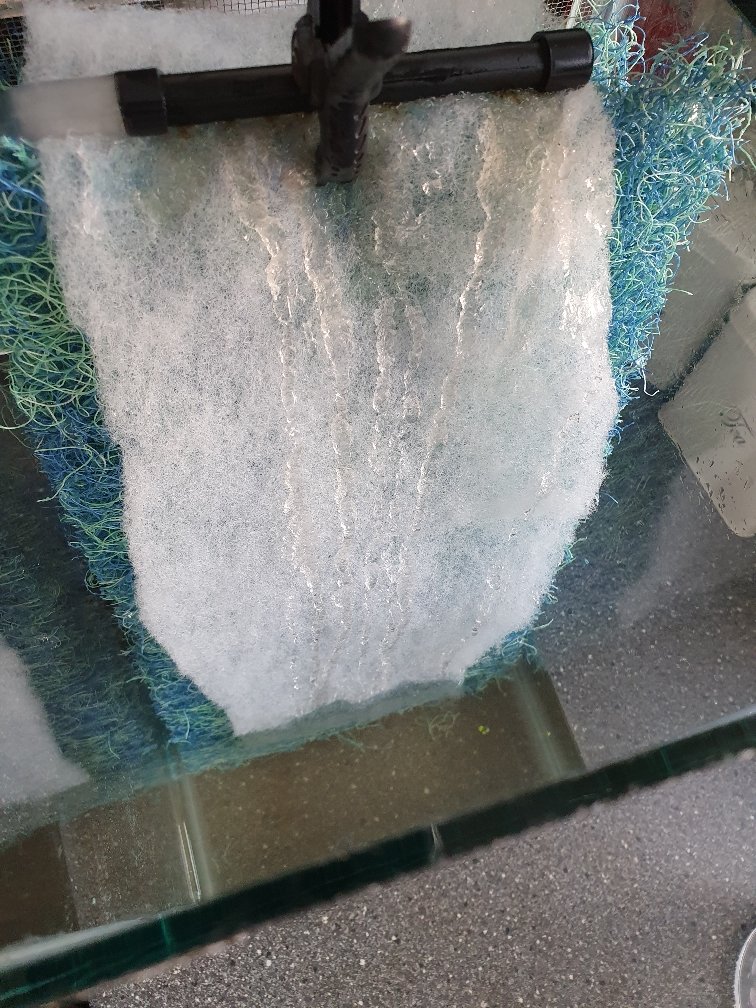 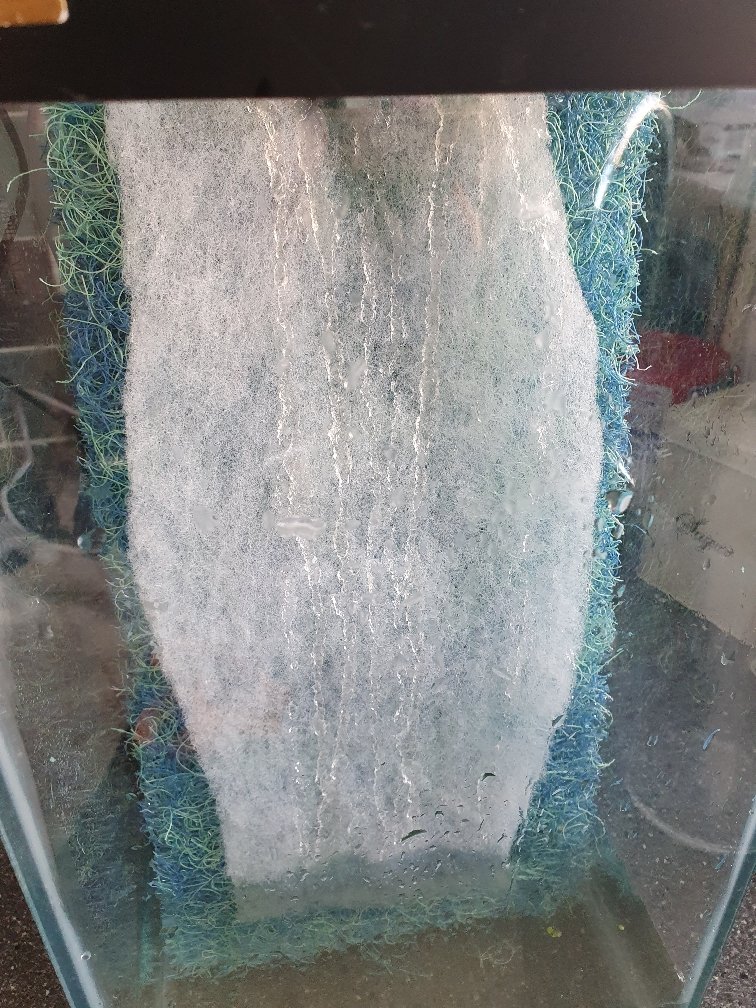 Shots from last night with the RGB light setting. 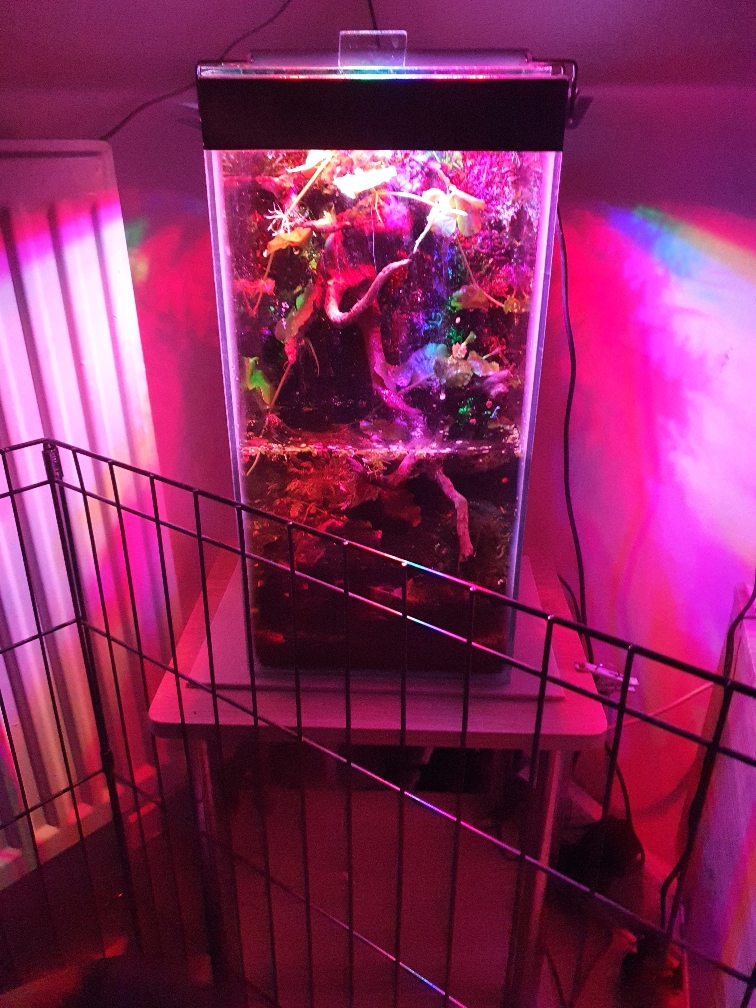 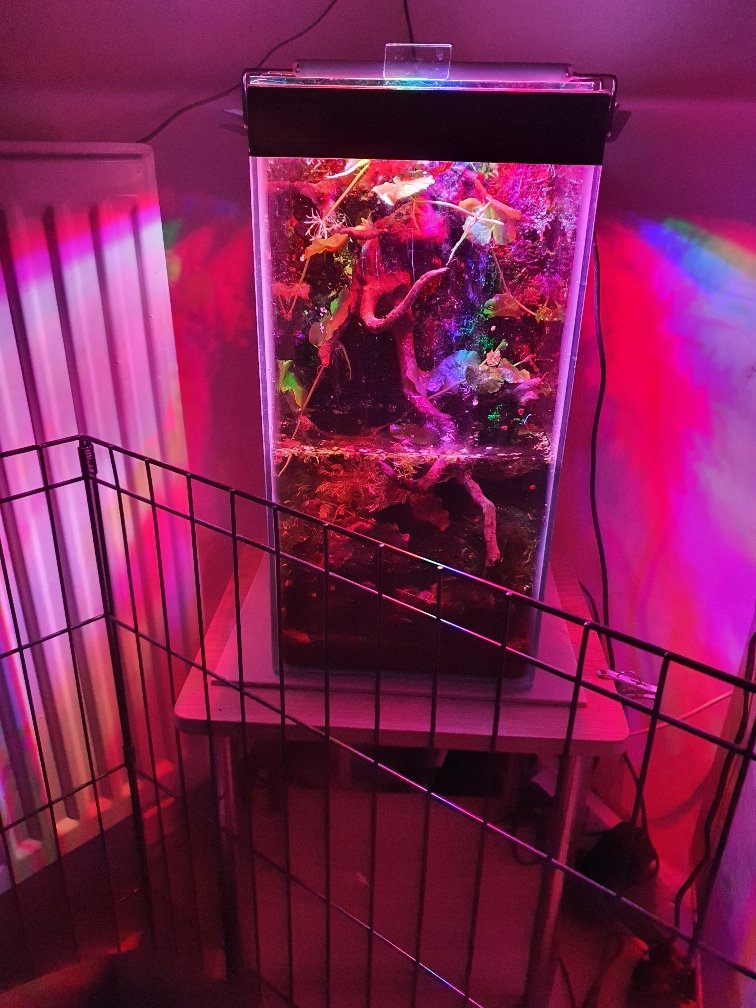 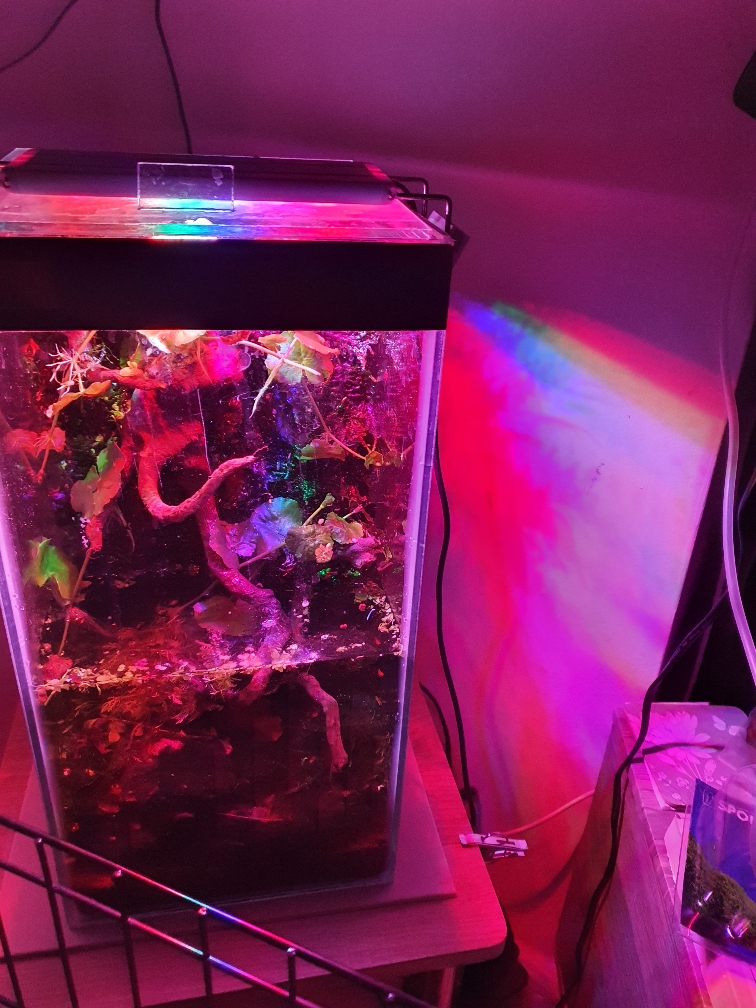 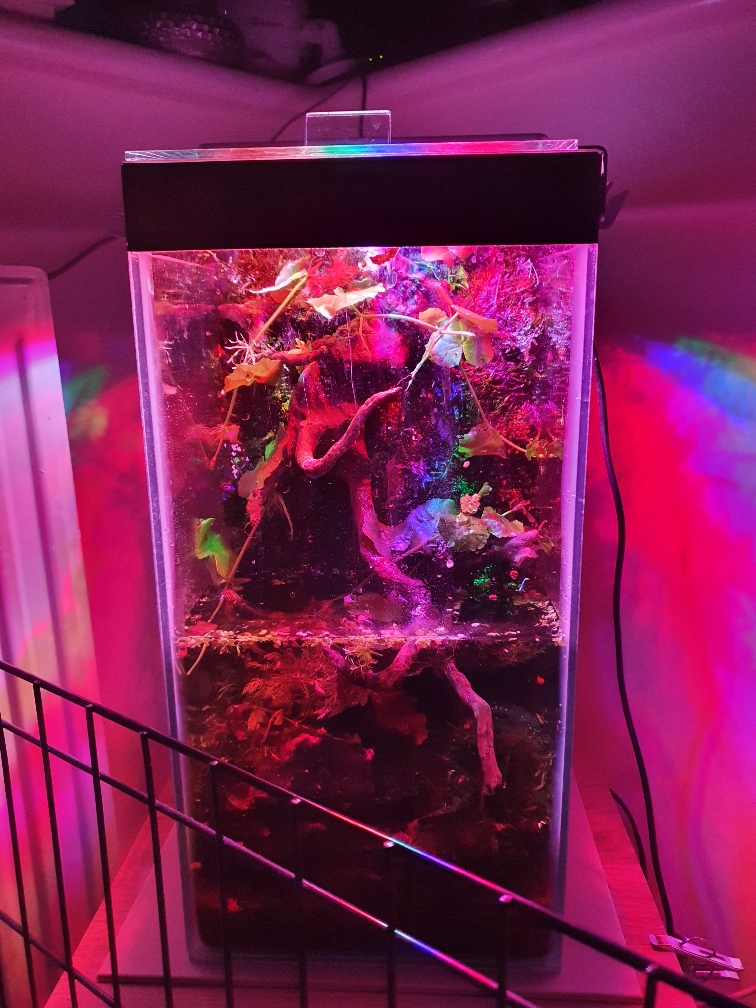 Pix, glass still a little misty. Will wipe down glass in morrow. 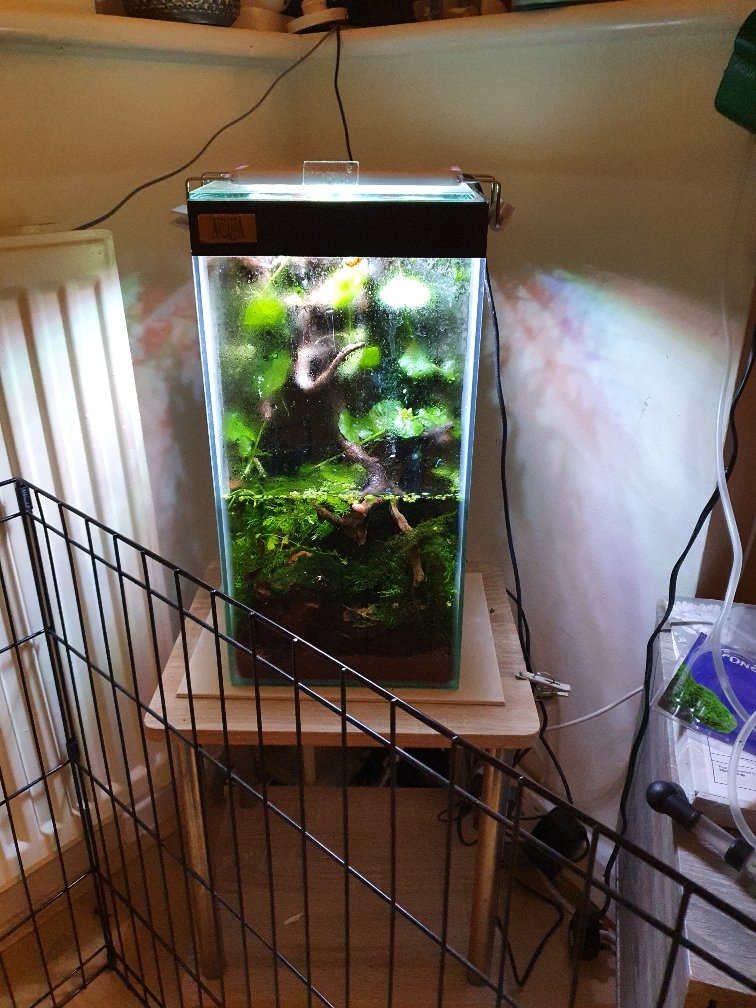 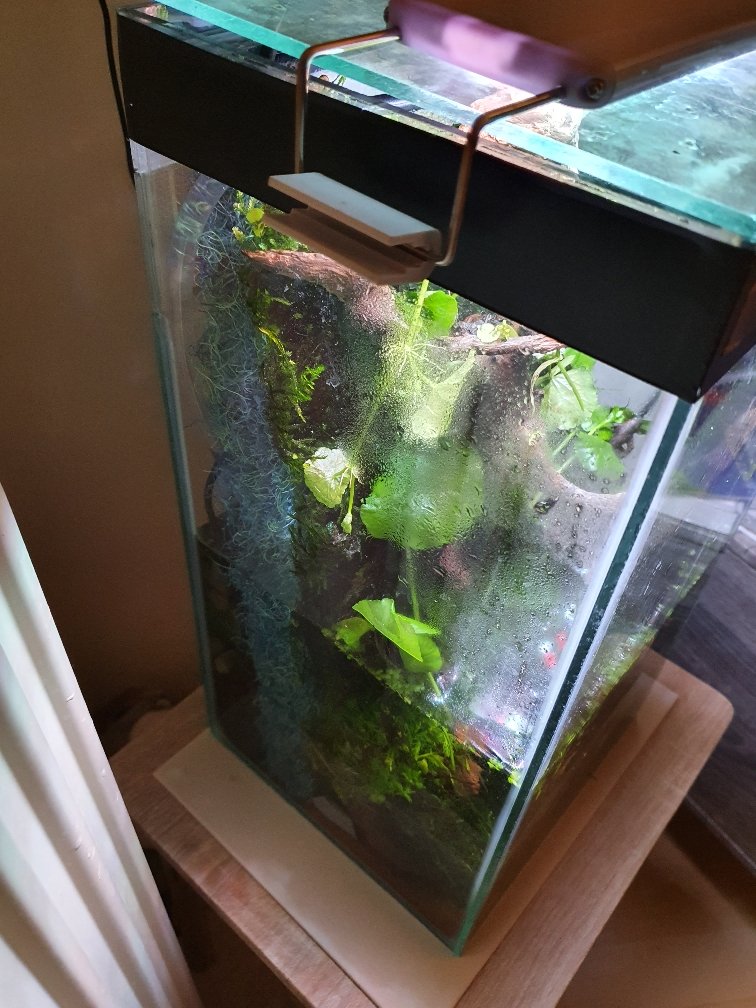 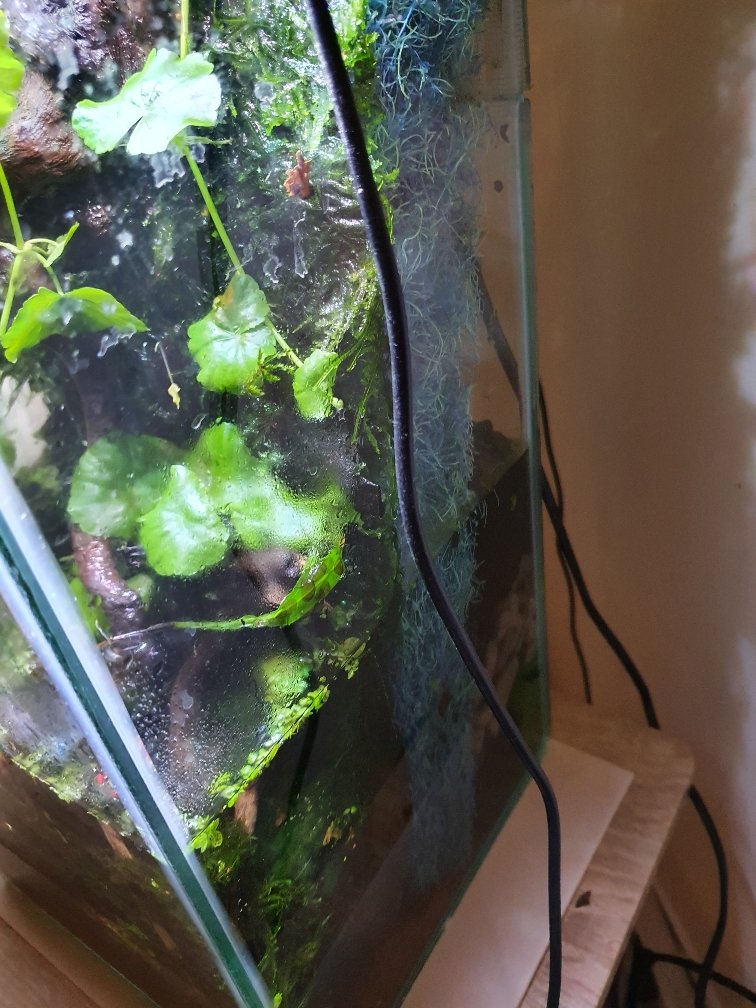 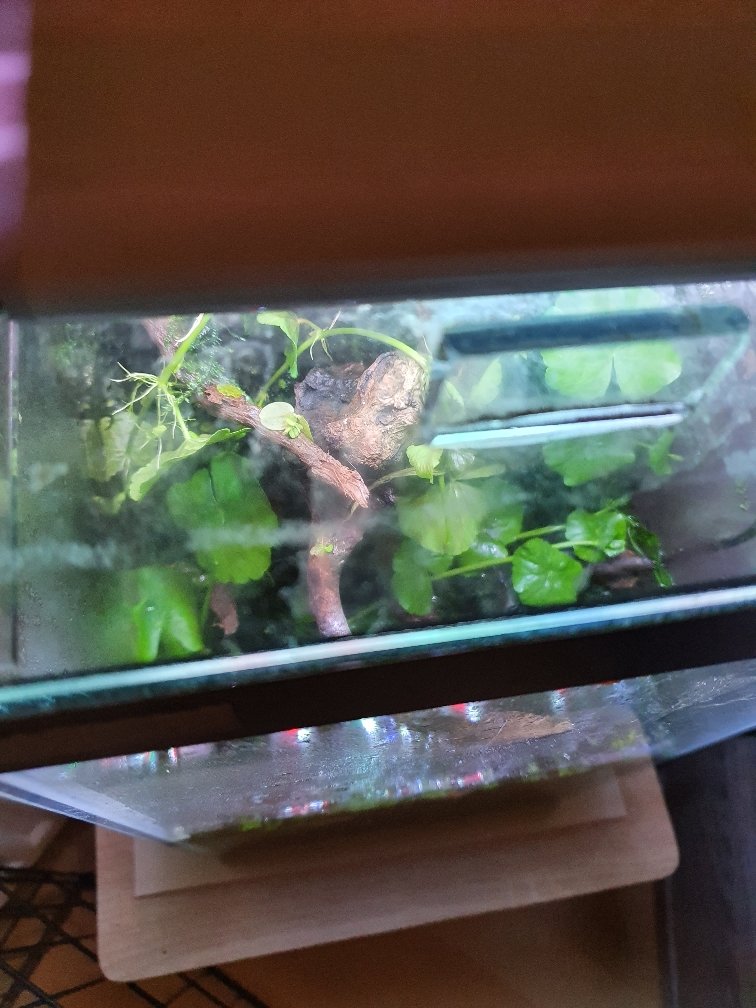 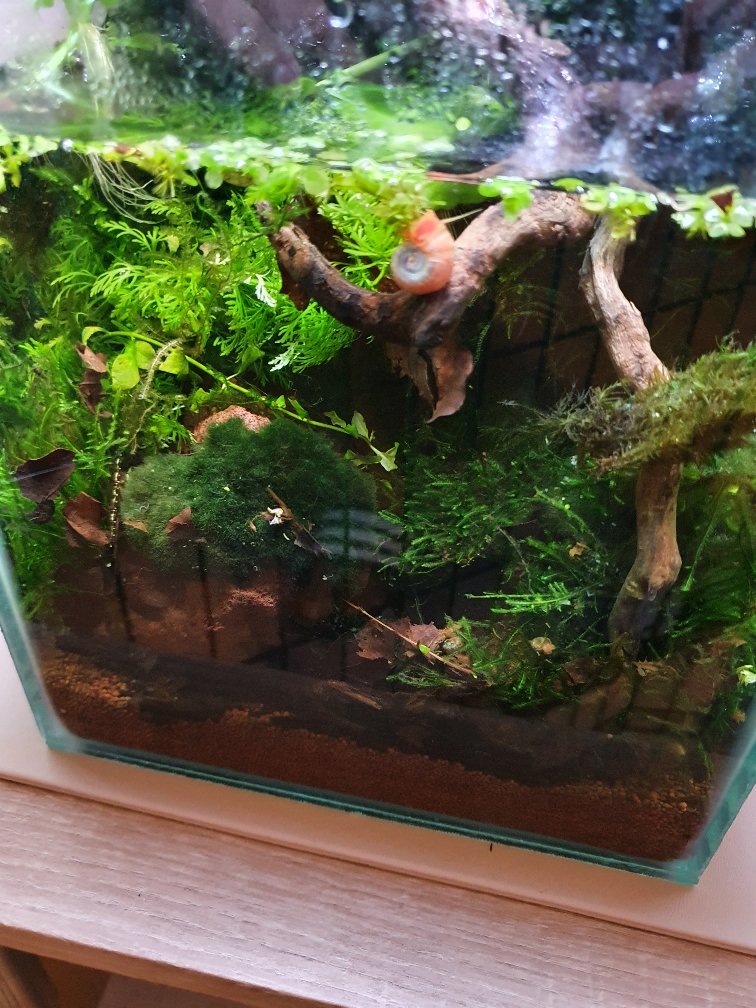 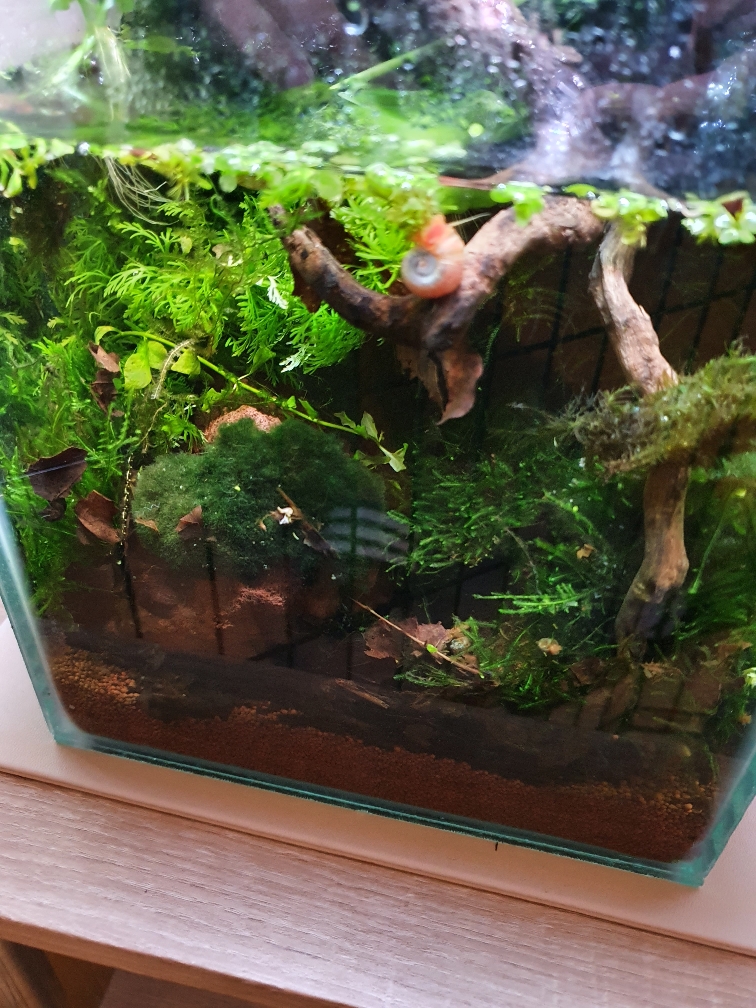