Mark Evans said:
are you following me or something?
Click to expand...

stalking would be a better description


nelson said:
stalking would be a better description .
Click to expand...

He's got that guy in his avatar on his side!

It's been chewing me up for a while now, but finally I've decided i want to rescape. After Christmas maybe.

The tank is ready for pics right now, but I've got to get the fish, then take the pics.

So in classic, 'saintly' style another 3 month wonder. Man, do gumis get boring or what?

The next journal, may be very interesting indeed.....2 journals at the same time! I may replace the 120cm with 2 x 60cm sided by side!

From now on you will be known as, "short-term saintly" or "one minute Mark"!


George Farmer said:
or "one minute Mark"!
Click to expand...

that's what natt calls me

yep the old saintly magic eh....cant keep nothing up for long term.

here's from yesterday and probably the last pic until AIPLC contest images etc... 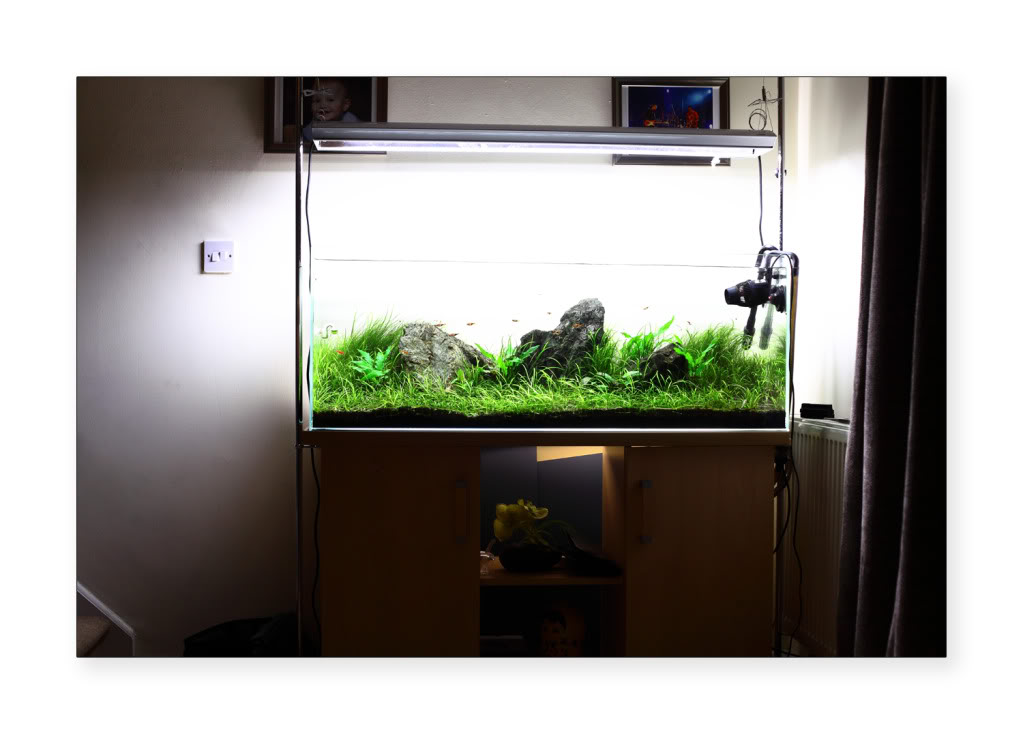 cheers Mark, eyes on you, looking forward to the next one. you kept it so long


viktorlantos said:
i am sure the final shots will be amazing.
Click to expand...

Thanks to everyone who contributed

Have you had a permission slip signed for that?


andyh said:
Have you had a permission slip signed for that?
Click to expand...

actually, i was going to correct what I'd wrote about a rescape. A change of mind. The last couple of days have seen the tank take a really nice turn.

Oddly enough when i stopped dosing 3 days ago.

I know it's not everyone's cup of tea, but for me, i just needed to create a 'proper' iwagumi, with no stems!

This tank has taught me no end. with low plant mass (ish) getting the balance right was fun to say the least, but i did eventually work it out. Without no shadow of a doubt,with what I've learnt, i'm massively confident for future tanks

The plan for this is, 2 60cm tanks on the same stand. The luminaire will power both. It'll let me expand my portfolio to.

having one tank for so long, stunts creativity

A bit of 'selective trimming' and this should be good to go. 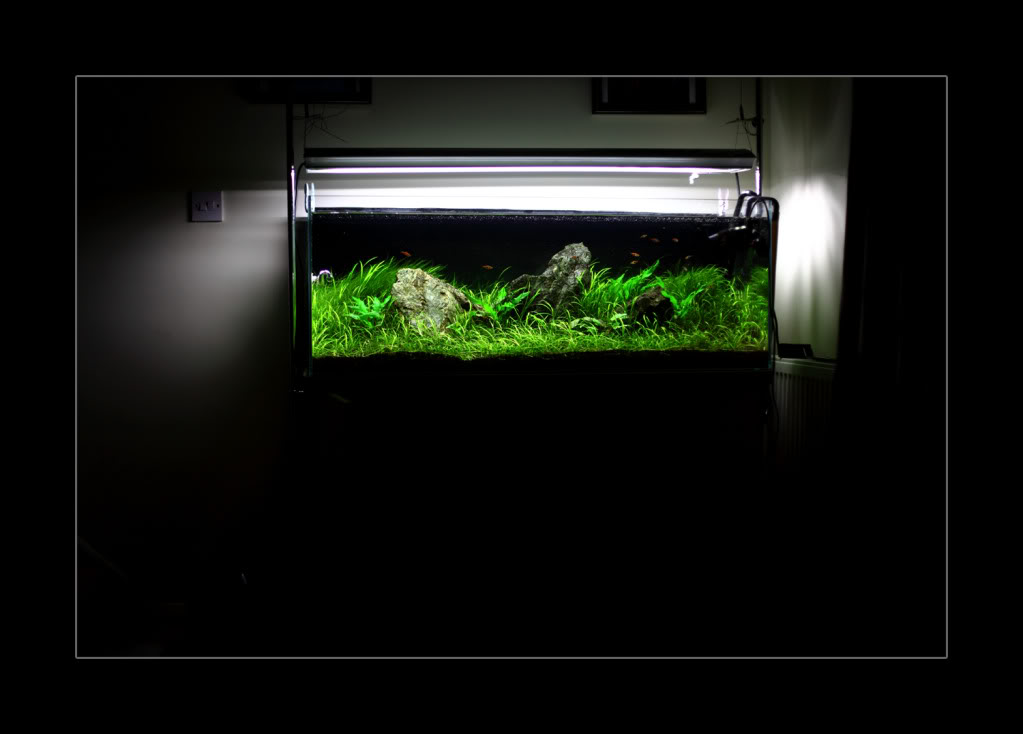 I hate the black by the way 8)

now I've decided to go the whole hog, I'll work on emphasizing the 'textures' trimming is key, to cut away bits to add 'flat' areas and more dense patches for depth.

I know it's looking OK, because the wife actually commented on it saying how nice it looks...very strange indeed

I've held a BOC account now for about 4 years, but its not until today i thought I'd save some money on CO2

it dwarfs my Fe cylinder 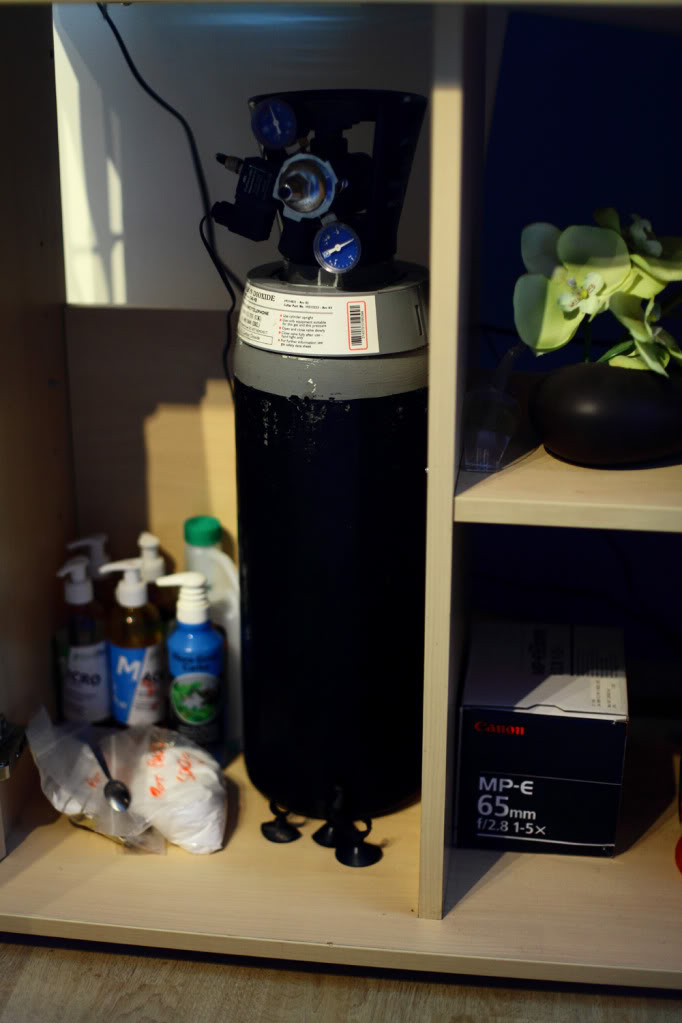 Mark,can you tell me how tall that cylinder is and how much it costs.is there a rental charge .
cheers.
Neil


nelson said:
Mark,can you tell me how tall that cylinder is and how much it costs.is there a rental charge .
Click to expand...

I'm not sure of the precise weight, neither was the guy @ BOC, but roughly i think it's about 9-11kg.easily 4 FE's

I've got it as a vapour instead of liquid. I wasn't too sure if it was right as FE's are liquid. It works perfectly fine though.

I think pressure is different with liquid and vapour. The result is the same.

hopefully, i shouldn't have to hunt for FE's from now on. I've got one as a spare when this gets swapped

The tenellus has taken over now, which i'm happy about.

This weekend will see a trim to produce (hopefully) some more depth. I'm going to cut a 'line' into the tenellus at the front pain of glass.It wont be straight, but rather follow a imaginary line in front of the stones.

I'm not sure it'll work but I'll try.

I'm so glad i didn't rip this down.

As promised, a trim.

I went and cut the foreground how i said, but it didn't look right. Instead, I've flattened it. I was amazed at how much lilaeopsis there was. 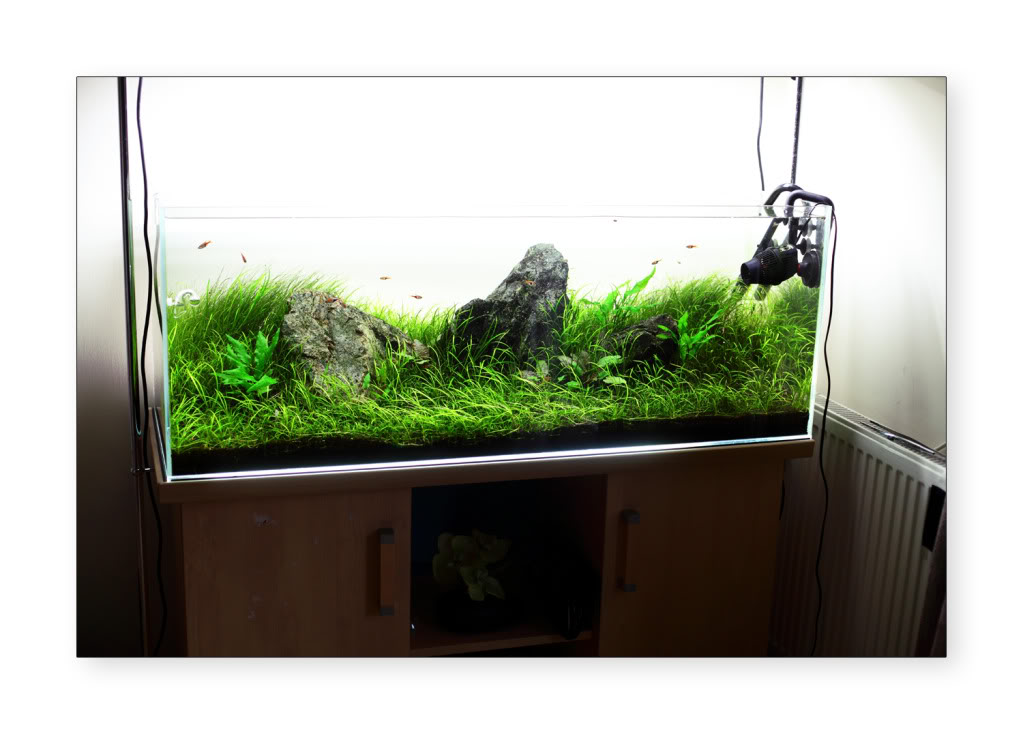