Well i have to take my hat off to you, for taking the time to get that school tank back on track.

I agree with the Pentazona barbs, lovely fish.

Some pics of the tank going through its changes would be cool to see.

Yep there will be, no point today, it would just have been a dirty brown haze haha, I'm sure you can use your imagination!
Member of LFKC
C

FINALLY piccies! Apparently a fish keeled over in half term, but I don't know which one yet, haven't had a reply from the headteacher, and it looks like the Swordies might have been nipping at each other's swords a bit, but that was to be expected.

The stocking was now:
3x Zebra Danios
5x Rummynose Tetras
4x Swordtails
But it's minus one, not sure which, and I'm trying to get 3 more adult Danios also.

The decor hasn't been bunched up in corners or anything, it could probably be done better, but I think with the constant traffic of nosey kids in front of the tank that "wall" down the middle is beneficial for the fish! It will be better when the Hygrophilia has grown up too. 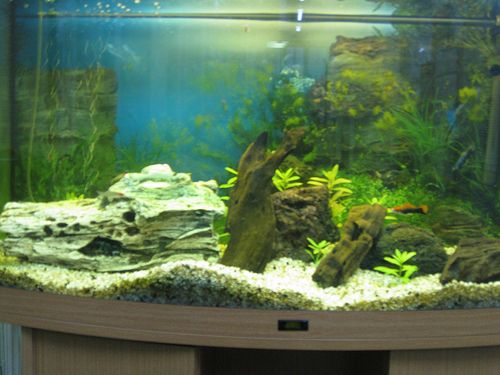 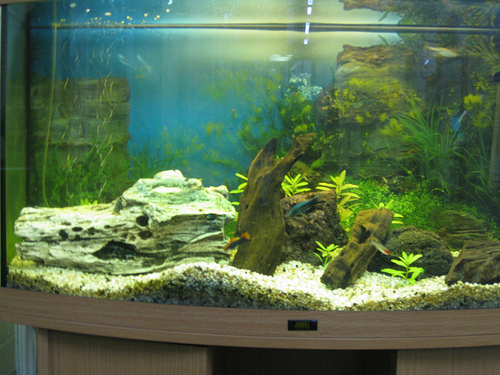 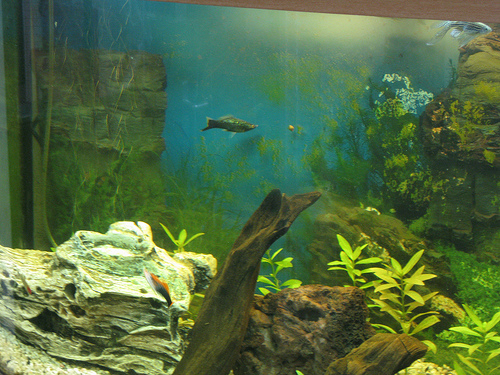 Member of LFKC
You must log in or register to reply here.

Sunday at 9:47 PM
The Miniaturist