After moving house and not been able to set the big shallow one up yet, so I set my little holding tank after it’s been at a friends being neglected

The tanks been running with shrimp for around 6 months but looked a bit of a mess.

Thought I’d give it a 30 minute overhaul, before popping the fish in, not planned and still need to break the H. Pinnatifida up on the left hand side but pretty happy with it! 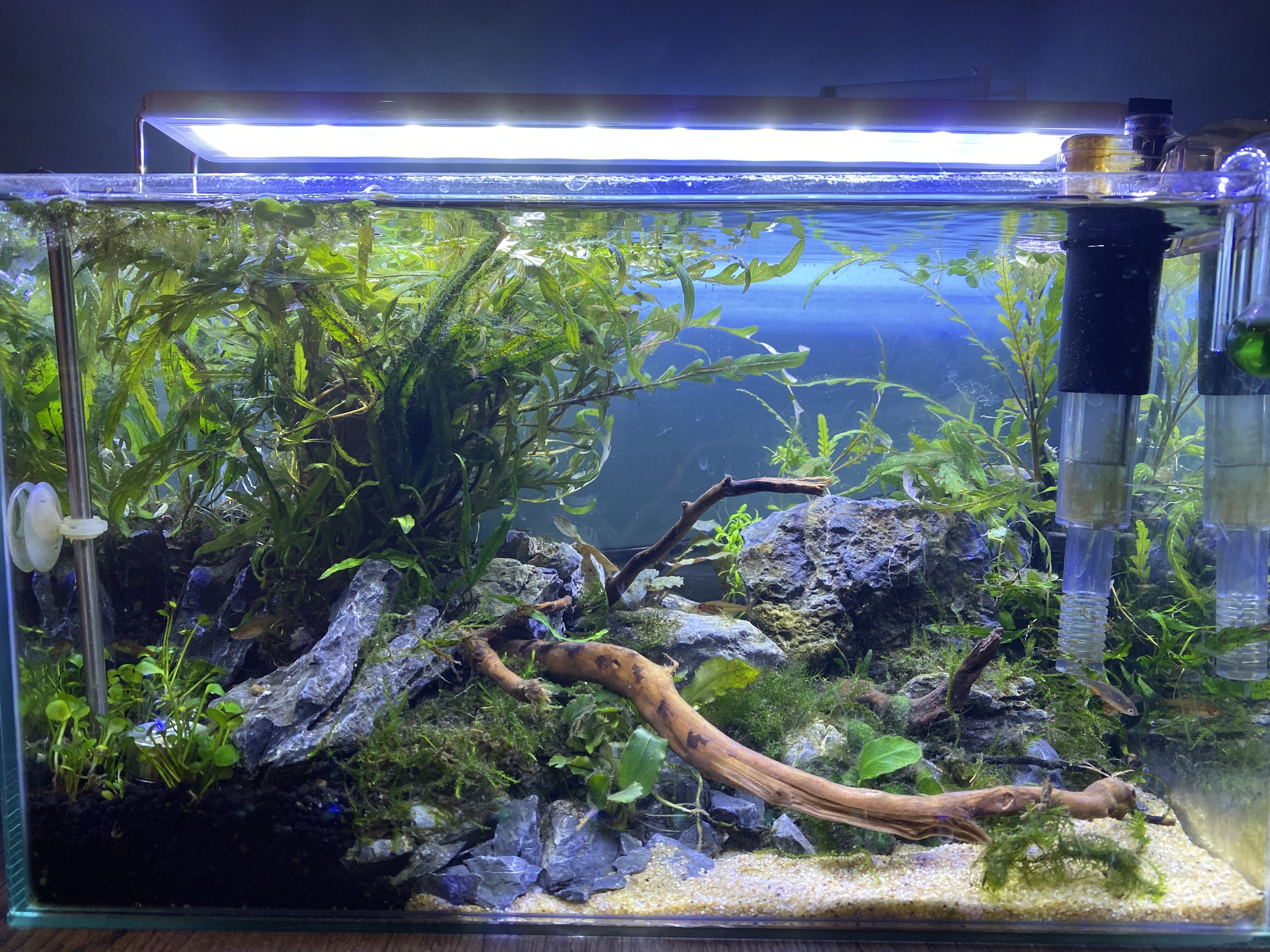 
Substrate: tropica soil with a little bit of sand
Hardscape: mini landscape stone and some wood!


Looking forward to getting the big’un set up but thought I’d post this here rather than a journal as it’ll be broken down within the next month or so!


Tucker90 said:
The tanks been running with shrimp for around 6 months but looked a bit of a mess.
Click to expand...

To be perfectly honest it looks like it requires a good trimming and cleaning.