i planted rather alot of this stunning plant into my newly set up 65litre it was a lush green, the substrate is colombo flora base, co2 is via a fermentation kit, lighting is 60w and flow is eheim 2224(700lph) via spray bar, and im dosing ferka balance k and ferka aquatilizer daily. (anyone have much experience with these products)

any help would be appreciated.

Hi,
Blyxa has a tendency to turn red or bronze depending on a variety of conditions. The exact combination of conditions has not yet been isolated, however this is not a fault, merely a response to environmental conditions including possibly spectral profile, CO2 and nutrient levels.

arr good old ceg, from looking at your reply's to other questions asked on here i was hoping you would find your way to this post haha

apart from the redness, they seem to be doing fine, not melting away and no holes in the leaves.
oh well thanks for the reply

I have quiet a large etablished area with Blxya growing a bright lush green.
On occasion, some of the new growth has a bronze sheen to it. This does not appear to last, but soon turns to green...
Initially i thought it was starting to die back, and even considered removing it.
If i recall, it behaved in a similar way in my previous set up.
Cheers Bogwood.
My scapehttp://Bogwoods TMC Signature 60cm &quot;Shrimp Heaven&quot; | UK Aquatic Plant Society
A

Hi,
This is not necessarily so.

Here is Blyxa at over 60ppm NO3:
Therefore there is some other factor(s) involved. 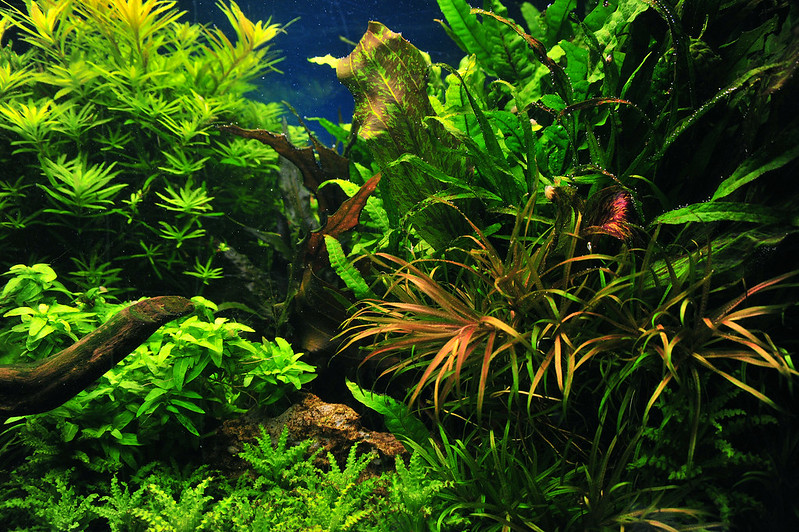 Thanks for the replys, im dosing ferka products and to be honest im crap at the N this a ndppm that im getting there though.

The Blyxa has gone all green now and is doing fine since i upped amount of flourish excel, it could also be to do with them being recently planted, i dont know how long the Blyxa in the picture has been established but mine seem to of 'grown' out of it.......

The Blyxa in the photo I showed in my previous post was in the tank for over a year.

Here is that same specimen (in the middle of the photo) 3 months earlier with identical dosing levels: 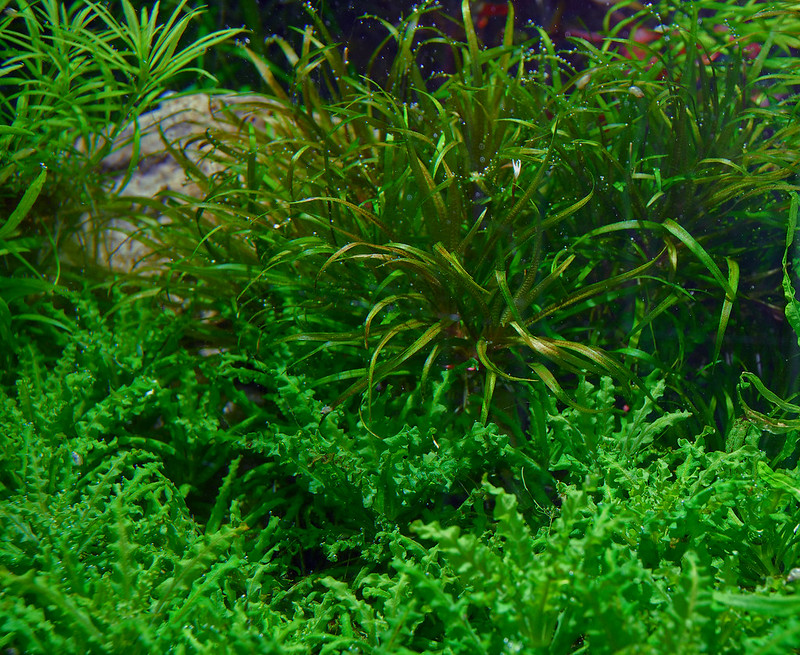 There are a combination of factors that affect the pigmentation changes in plants. Additionally, the factors are not always the same for different species. In general, the purpose of pigments has to do with the ability to harvest the energy of various wavelengths of light or to reflect and protect the plant from excessive energy of certain wavelengths. Chlorophyl is a green pigment which uses Nitrogen in it's molecular structure. Other pigments, such as Carotene are orange/red and do not contain Nitrogen, therefore in some cases, under a Nitrogen shortage, there is a lack of Chlorophyl in relation to Carotene or other non-Nitrogen pigments which can cause the appearance of the plant to be more red since these pigments overshadow the green Chlorophyl. Thus was born the concept that a plant should be starved of Nitrogen in order to have the non-green pigments dominate.

While this is a plausible scenario, it is not the only one in which non-green pigments can dominate. Since the plant can respond to spectral changes, it can manufacture sufficient non-green pigments that can overshadow the green Chlorophyl. In this way it can take advantage of wavelengths of light that Chlorophyl is not optimized for.

The healthier a plant is the more able it is to respond to environmental changes, such as pigment production to account for spectral changes. It is not always necessary therefore to use N starvation to achieve the pigment alterations as many suppose. It's a much more complicated issue than simply having low nitrates, which can actually do more damage and will cause the leaf to go yellow, not red, if you fall below the Nitrogen threshold for good health. Likewise, just because a plat goes red it is not automatically a valid assumption that this is due to low Nitrogen levels.

Here is another example of pigment change under high (60ppm) Nitrate levels. This is Pogostemon Stelletta which has turned purple on one stem and yellow on another. This is on the same plant. Therefore, it's not a matter of "growing out" of a pigment pattern. It can happen at any time based on the environmental conditions and plant health. A pigment change MAY accompany a decline in health or a decline in some nutrient, but can just as easily accompany an increase in health and an increase in nutrient/CO2 level. It depends on the particular mechanism at play. 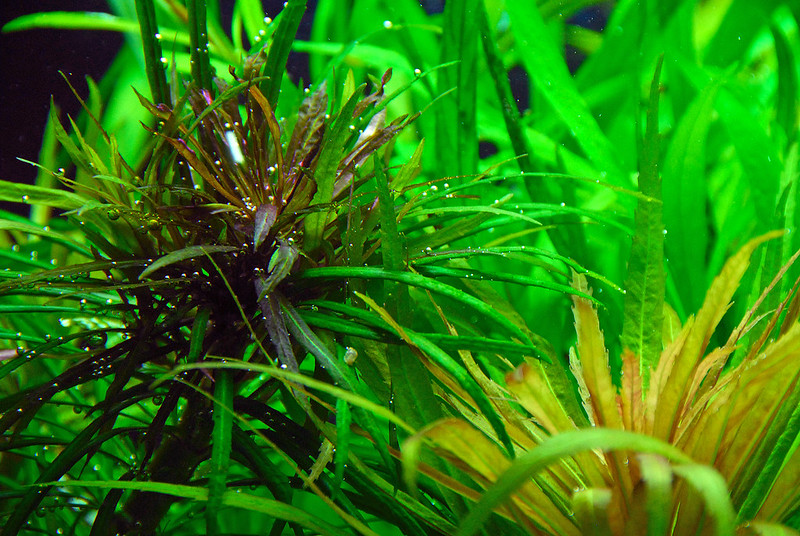 Nice post ceg, I can't really get add contribute to the conversation anymore haha but cheers for the insight, really intresting.

Well N starvation is usually accompanied by small curly leaves and plant decay at least in blyxa or the reddish leaves can be due a fresh or depleted substrate but yet can be other factors for sure . My mystery right now is why my bacopa c. turns red overnight and green at the end of the day and other plants vice-versa (I suppose due to high CO2 levels overnight).

Hi,
I've not actually ever seen any correlation between high CO2 levels at night and color changes. I suppose it would be easy to test by simply using an air-stone overnight to drive off the CO2 and to compare the color changes. The thing is that you really need to be able to control the environment and all associated parameters while just varying one thing in order to test. We're just not in enough control to do that consistently.

Other than Bacopa, which of your plants are turning colors on a daily basis? Also, it it certain that the same leaves are turning back and forth, or are some leaves turning and then other leaves turn? Sometime a leave will emerge with a color only for a few days, and then will go green, to be followed later by a different leaf turning red.

In general, tissue decay is more closely associated with low CO2 than with N. Again, since we tend to lack control there are many instances in which a tank suffers more than one deficiency. A lean dosing program may also suffer poor circulation or poor CO2 and then the conclusion drawn may associate the decay with low N. If the tank has poor distribution then it likely will have poor distribution of everything. Under high light energy levels, a given plant (or the entire tank) may run low of one nutrient more quickly than others.

Blyxa seems to be the kind of plant that doesn't really care too much about sediment. Many of it's segments actually detach and grow above the sediment. Here is yet another shot, not a very clean image, but enough to show detached segments growing above the sediment. I just let them grow in this case, just for entertainment value. You can see that an original portion is still in the substrate while the rest hangs on by a few roots, or are trapped above, ultimately shading the portion in the substrate. You can see that the "floating" segments have a little bit of bronze streaking while the shaded segments never showed this. Was this due to higher light or spectral differences in the upper segments, was it coincidence? Unclear, because I don't have enough control to demonstrate concrete correlations and to then draw definite conclusions.

Ive been following this post with great interest, having experienced this with my own Blxya.
In addition for some weeks now, ive been unsure what to do as the growth is very vigorous, but all out of the substrat.

Interesting to see "ceg" has made reference to this .....quote

"Blyxa seems to be the kind of plant that doesn't really care too much about sediment. Many of it's segments actually detach and grow above the sediment. Here is yet another shot, not a very clean image, but enough to show detached segments growing above the sediment. I just let them grow in this case, just for entertainment value. You can see that an original portion is still in the substrate while the rest hangs on by a few roots, or are trapped above, ultimately shading the portion in the substrate. "

Should i leave it be, or remove , and plant the new shoots back in the substrat, not sure Any suggestions :?:
Cheers Bogwood.
My scapehttp://Bogwoods TMC Signature 60cm &quot;Shrimp Heaven&quot; | UK Aquatic Plant Society

Hi,
Yes this is purely optional, however most purists will want to replant because it just looks neater that way. In the photo above I just let it grow detached like a paraglider but you'll have a cleaner scape if you replant. I just found it tedious sometimes...

Thanks ceg.
Great, i like the natural look so will leave it be.
Cheers Bogwood.
My scapehttp://Bogwoods TMC Signature 60cm &quot;Shrimp Heaven&quot; | UK Aquatic Plant Society

I agree Alan, happy i started this thread. 8) its such a stunning plant, easily one of my favorite, and the info here makes it a very interesting plant aswell,

Thanks mate. Glad you find it useful. I agree Blyxa is a very interesting plant. I only used it as an adornment and on my full tank shots Blyxa disappears, but there are a lot better scapers here that do a great job featuring this plant. 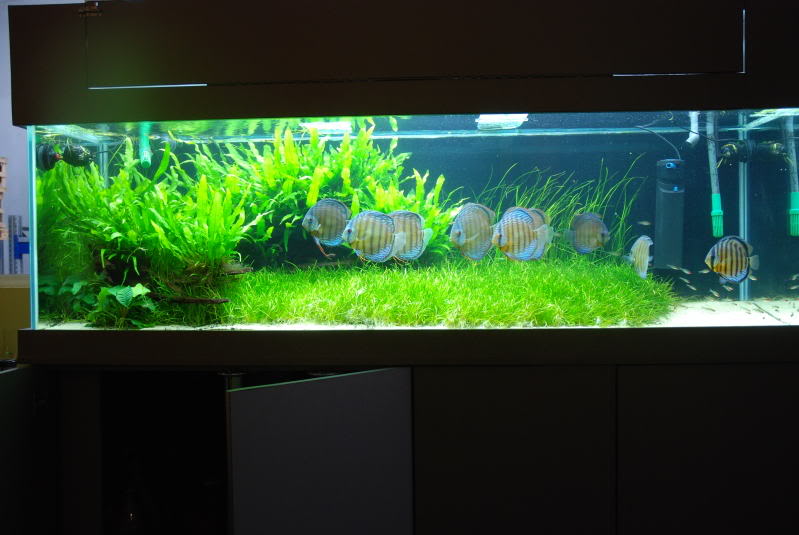 And, of course there's JamesM's Infamous - Without Foundation 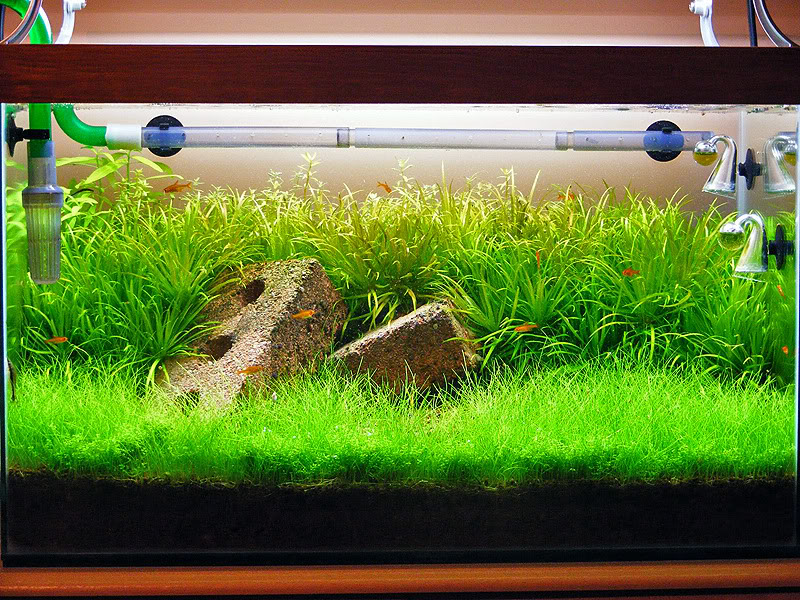 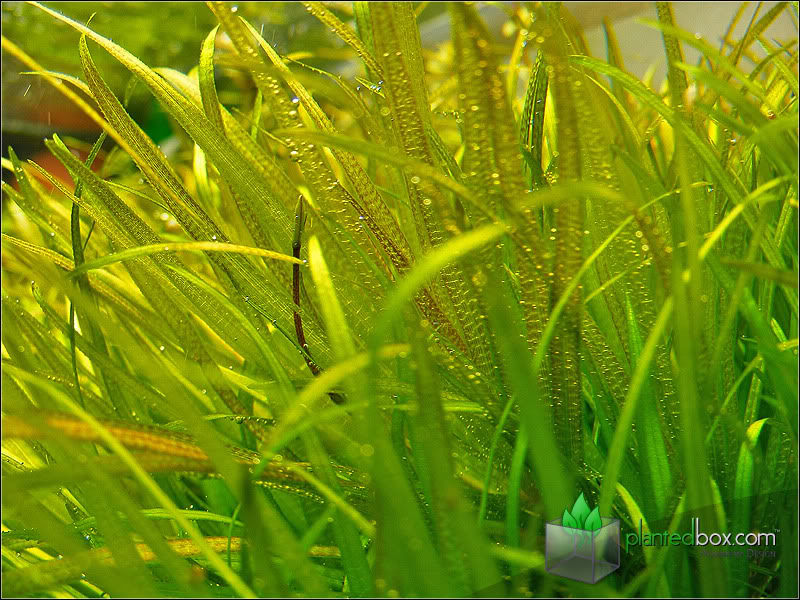 I've trimmed my bacopa colorata so now I need to wait until it grows up again so I can see it behind my wall of mayaca sellowiana . I'm not that into getting plants red (at least not now) so I don't bother to much with this issue. Regarding blyxa although I'm not a fan of this plant (don't throw stuff at me ) I do noted the plant getting red in a freshly new setup, so I suppose very low nutrients triggers its reddish colour.

Thanks for the insight man, I really appreciate it!

Have a nice day!

is this blyxa japonica that is reddish in color or blyxa novoguineensis?
You must log in or register to reply here.