Kezzab said:
It was. It's looking fairly awful just now...
Click to expand...

I've been working to get this tank back on track. Went to twice weekly water changes and did 3 mists of the BBA covered anubias and buce with a glute solution which has worked well. Tried the same trick on the bolbitis which destroyed the leaves. Live and learn.

Moved round stuff at the front as the crypts I had just weren't growing and i wanted attempt to stop soil slupping forward (failed).

The back is still work in progress. I planted quite a few crypt usteriana which immediately melted and have thrown up a few small new leaves. I think I need patience as I've had this plant in the past and it has sat doing nothing for months then suddenly taken off. Also planted some juncus repens which seems to be growing but quite slow.

All a bit frustrating really. Kind of feels like the tank just ran out of steam and now I'm trying to drag it back. 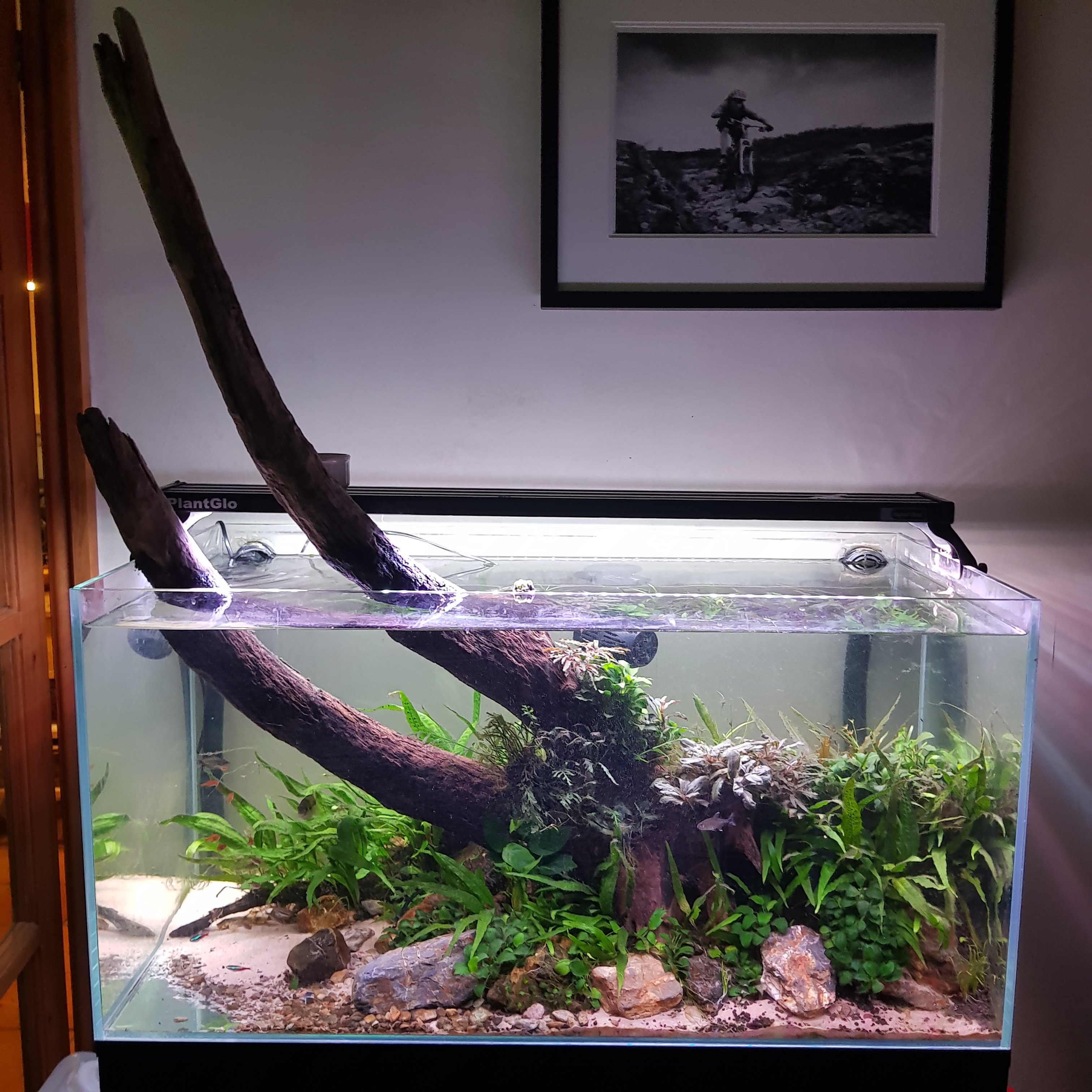 Its tough to get out of a slump when it all just seems to conspire against you. If its any consolation the tank still looks awesome on that pic