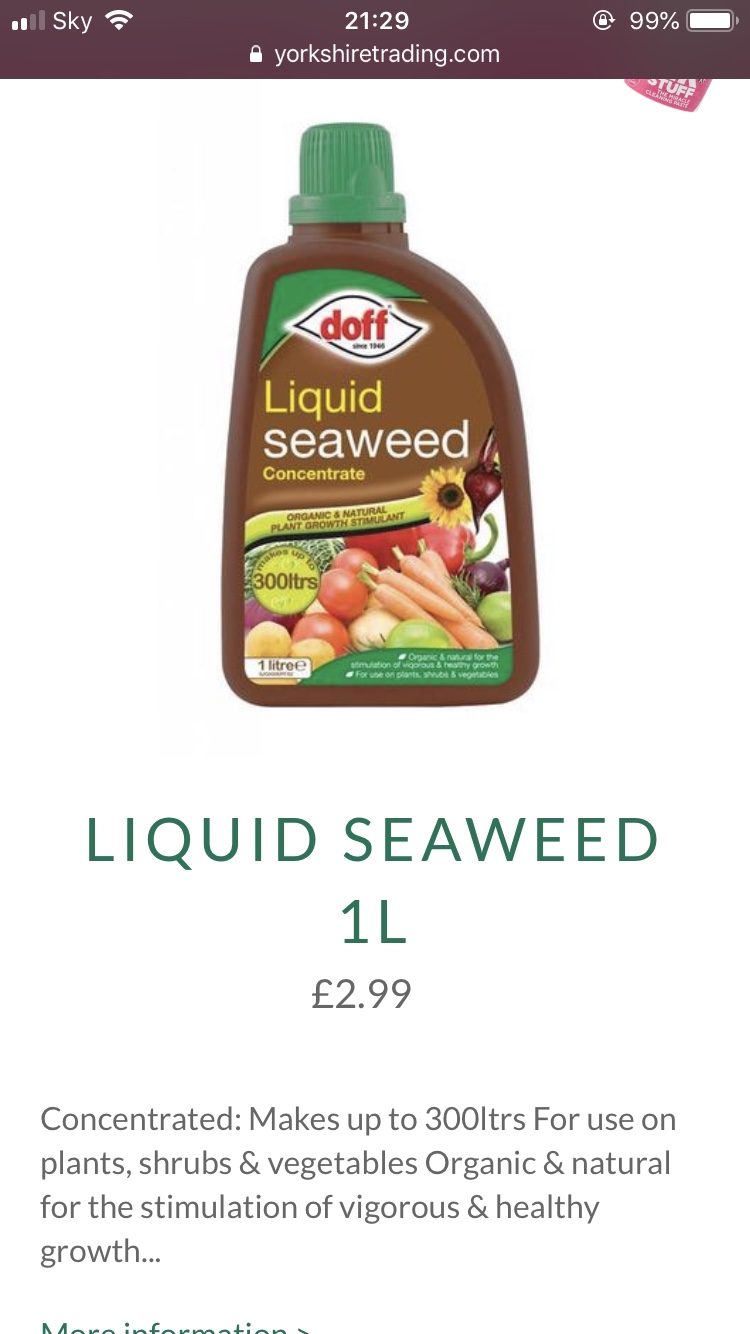 dean said:
Just wondered if this is the same stuff but very cheap in comparison
No ingredients listed that I can find
Click to expand...

There are a number of kelp based liquid fertilisers for sale, I would expect that they are all fairly similar. I'm not sure you will be able to find an exact composition (these are organic products), but relatively low in nitrogen (N) and high in calcium (Ca), potassium (K), sodium (Na), magnesium (Mg) and most other micro-elements would be my guess. There will be various other organic compounds present, phyto-hormones, vitamins etc.

The "traditional" one in the UK is produced by <"Maxicrop">. Their <"Tomato Feed"> used to be popular with home gardeners.

This table is from <"Influence of Foliar Application of Seaweed Extract and Plant Growth Regulators on Growth and Physiological Attributes of Jasminum sambac">. 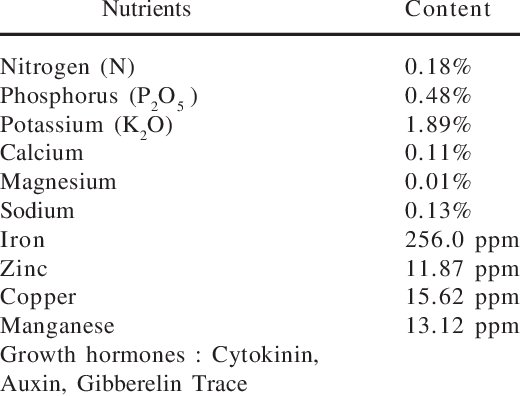 I've used both now, I actually only tried Rhizotonic after seeing this thread. Personally, for aquarium use I would stick to Rhizotonic as it is formulated specifically with hydroponic use in mind, while the other cheaper alternatives may be even better than Rhizotonic for use in other growing media like soil, they would colour the water more (they are dark opaque liquids) and have more dissolved solids ("gunk" when added to water). I've used Doff, Maxicrop, and Shropshire Seaweed for years, of the three I'd say the Shropshire Seaweed is most similar to Rhizotonic (just slightly cheaper). Doff and Maxicrop extracts might make your water go a bit cloudy, but could be OK .
You must log in or register to reply here.
Share:
Facebook Twitter Reddit Pinterest Tumblr WhatsApp Email Link