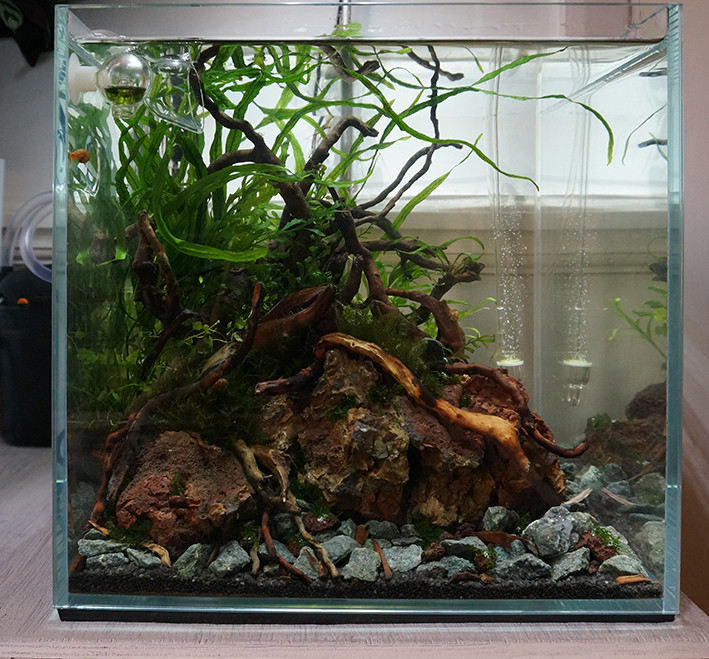 This is my newly set up desktop tank. It is a hopefully lower maintenance replacement for Seven Moss Cube.

Kit:
2nd hand 30cm Optiwhite cube from Ed at Freshwater Shrimp
Eden 501 filter
Aquaray 400 LED and controller (starting and 50% for 7 hrs inc ramp up and down at 60mins)
Temporary mini pump for flow (hopefully to be replaced by an Eheim skimmer which has so far not turned up from Ebay)
Malaysian knock-off 9mm lily pipes
Mini heater
3.5 Kilo Co2 canister from London Beer-gas

Swop-over from the old tank was basically a nightmare, especially as I needed to return some fish to Wholesale Tropicals as part of the process (Green Neons that ate all new growth). But laying out was fun. The foreground stones are an experiment, but I like them more than I expected. I imagine I'll tweak them as I plant more Riccardia. 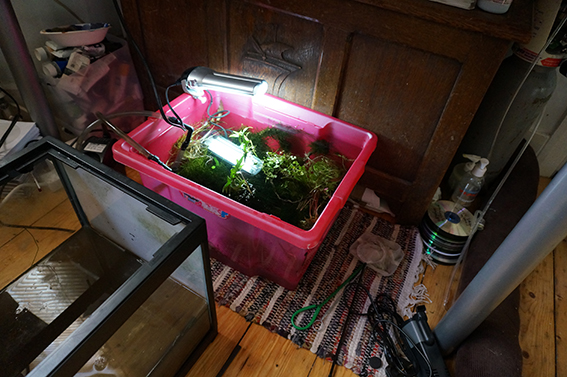 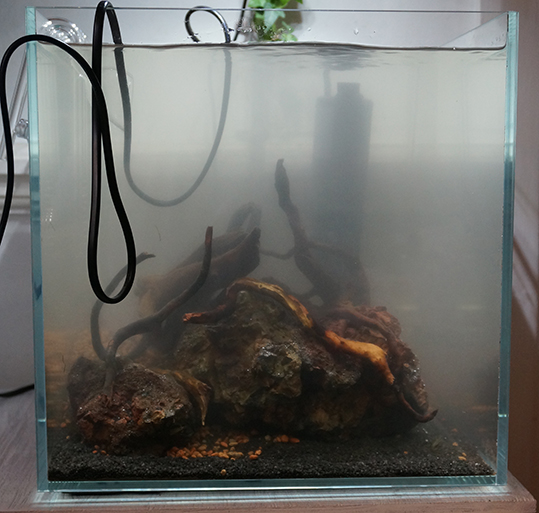 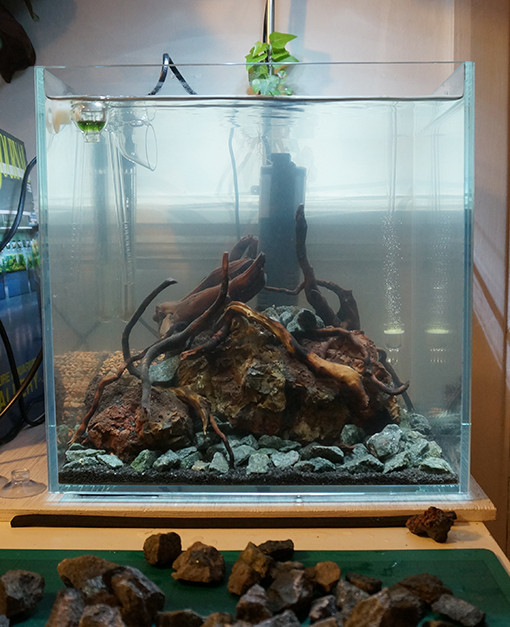 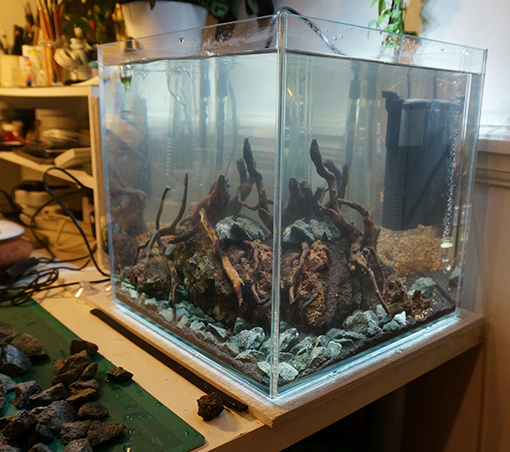 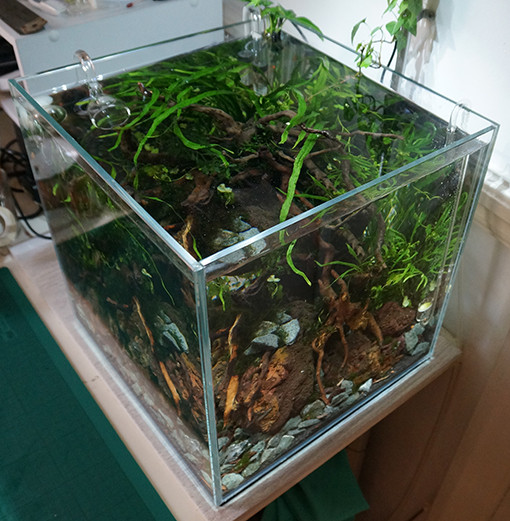 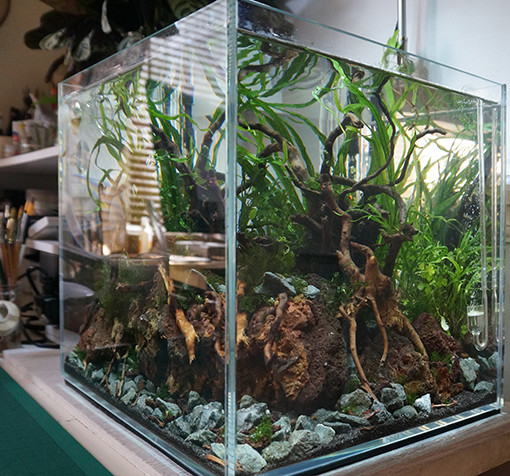 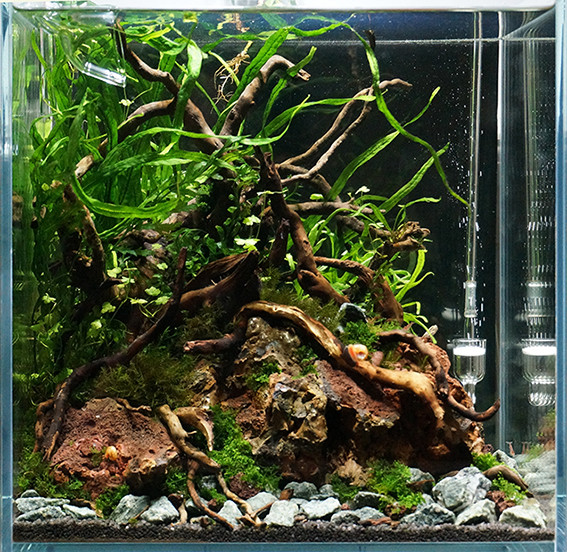 About 12 days old. Had some trouble with too much CO2, and possibly because of the fresh changeover, and cleaning the filter to get more flow. Lost several Amano and Cherry shrimp.

Doing daily changes of 10% (with the odd gap). I'm hoping that the stagnation and BBA trouble in the last 30cm tank was because it had such a big buildup of mulm with all the moss that I had not trimmed tightly enough, and that it won't be such a problem with this layout.

Am slowly weaning this tank off liquid carbon as Riccardia is not meant to like it and I've put in some more of that. Down to about 1/2 the daily dose and will prob try stopping altogether by end of week. 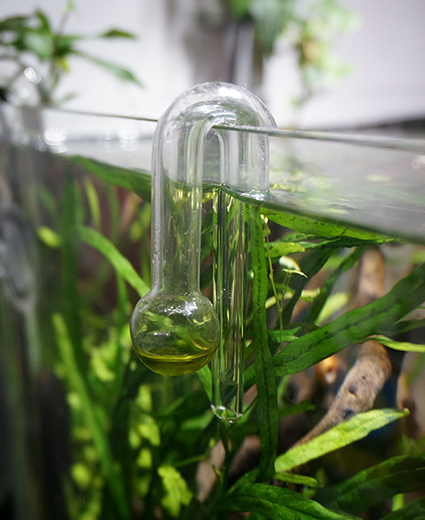 Oh yes, a replacement eheim skimmer eventually arrived from ebay. It worked marvellously (although it filled with shrimp in two days, happily munching away on the sponge), but in such a tiny tank it took up too much space so I'm not using it permanently (I reckon putting the sponge at the top would cure the shrimp-trap problem though). 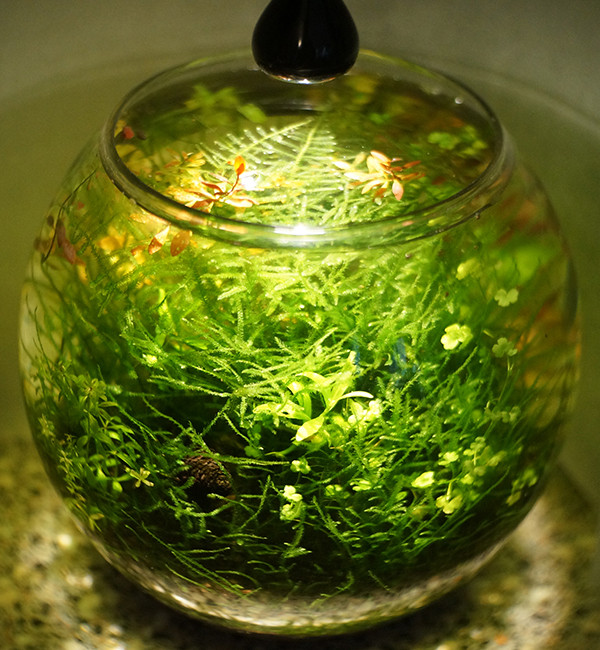 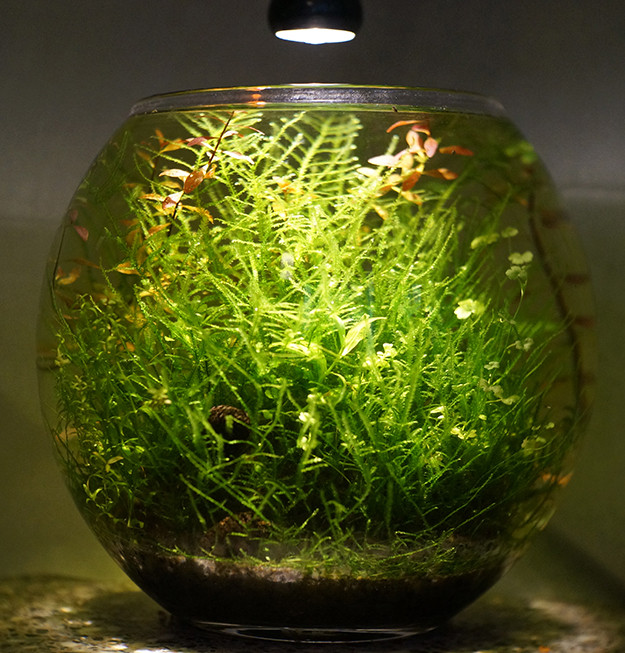 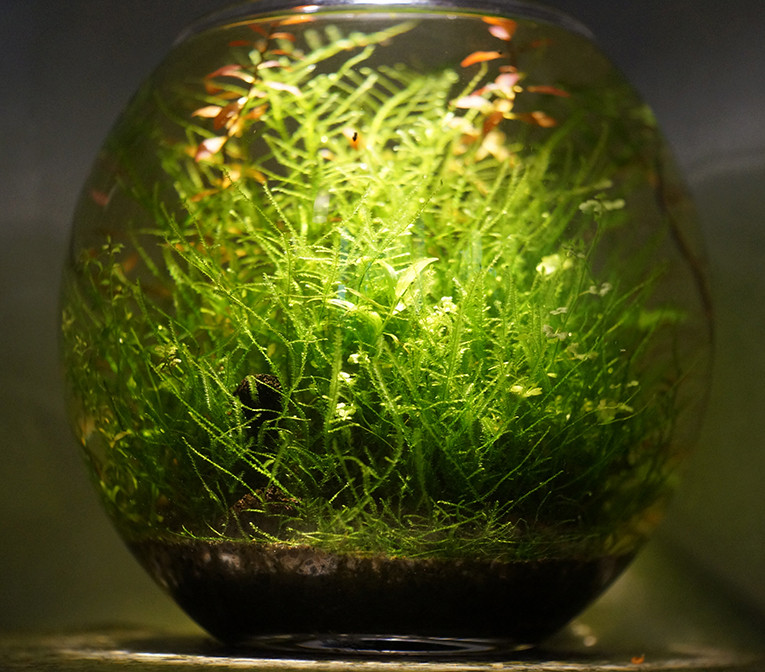 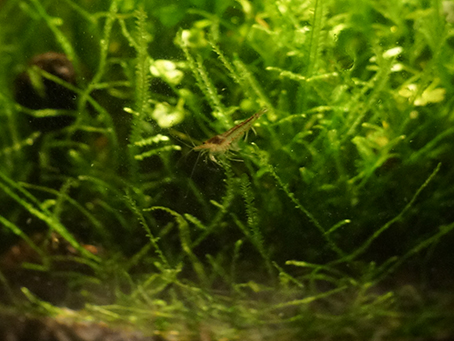 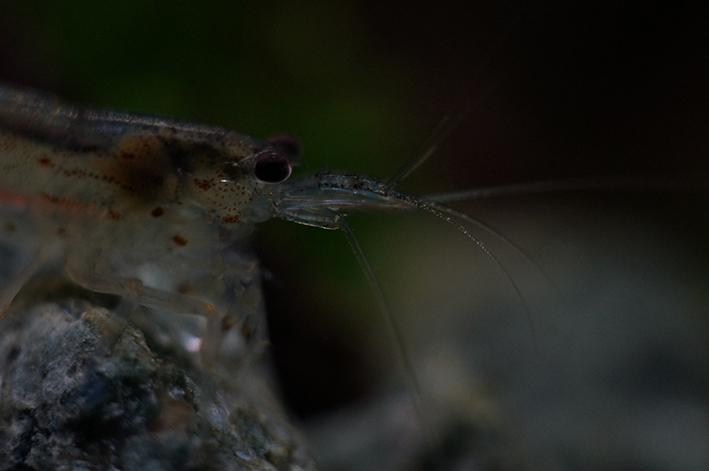 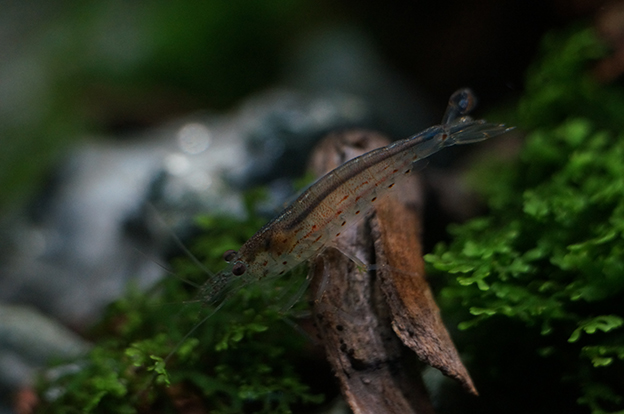 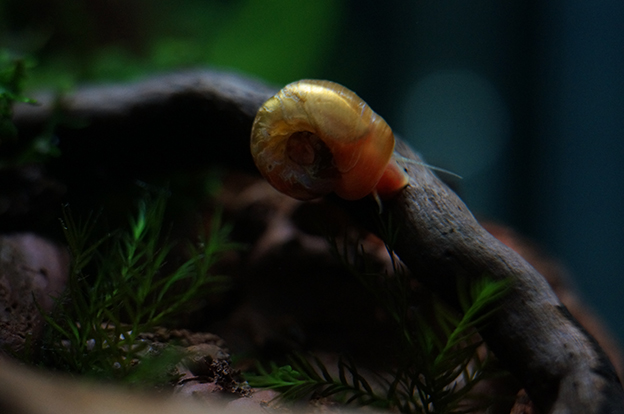 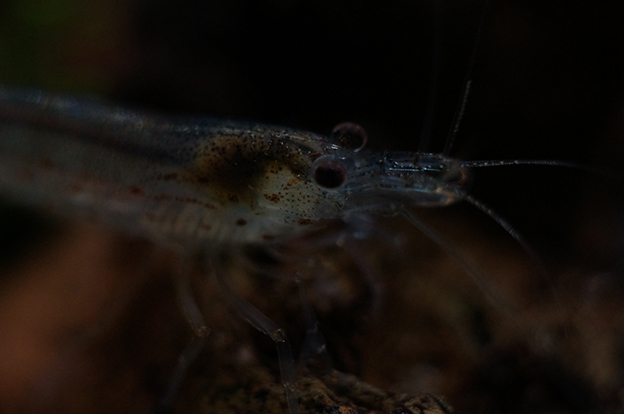 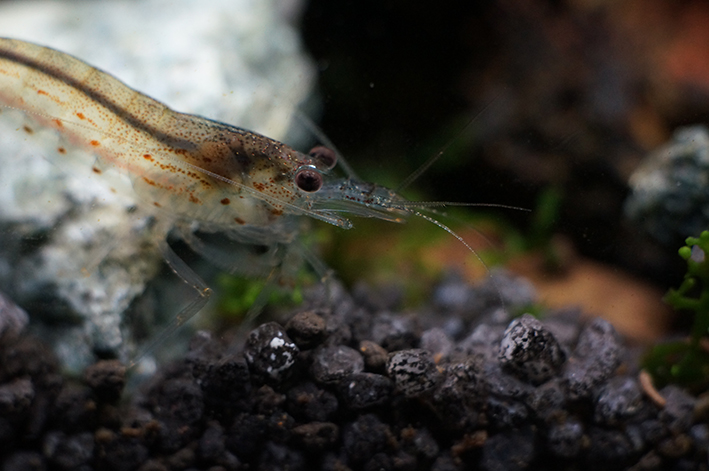 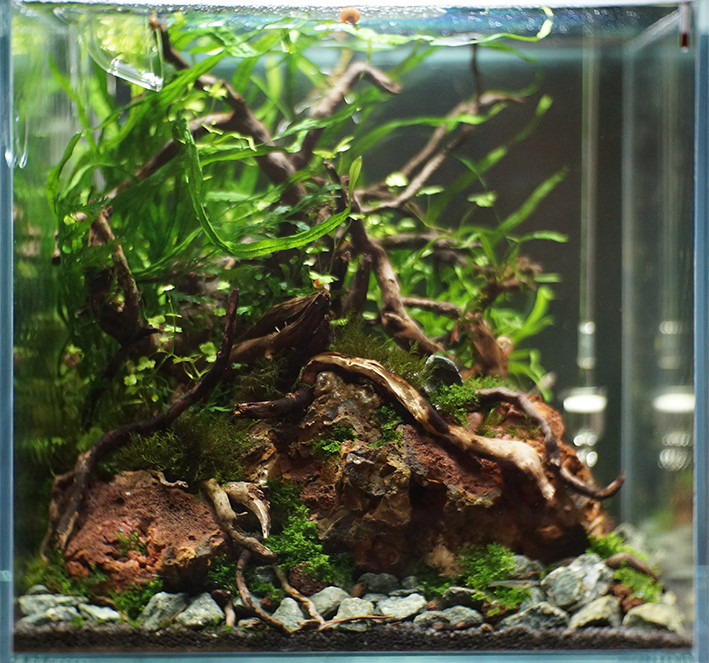 Going ok so far. Quite a few new leaves on the Hydrocotle and Java fern. A little bit of growth on the Riccardia and trimmed Fissidens. Even a very few new Bolbitis leaves. Wish I'd had the patience to attach the mosses better, but in most places I think they'll do alright. 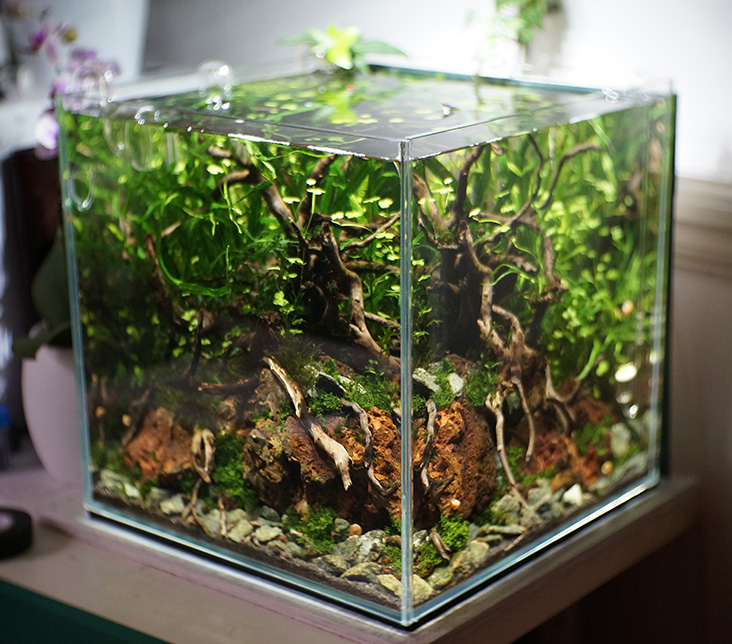 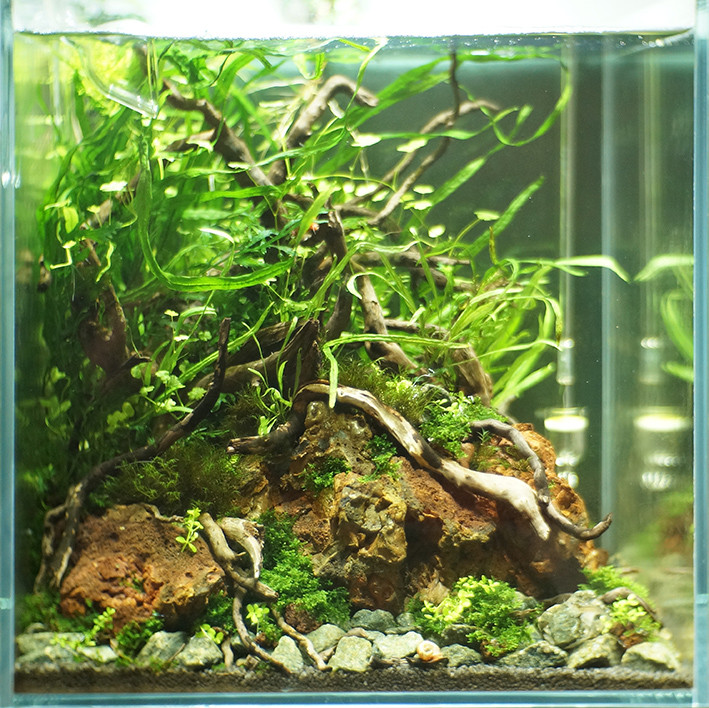 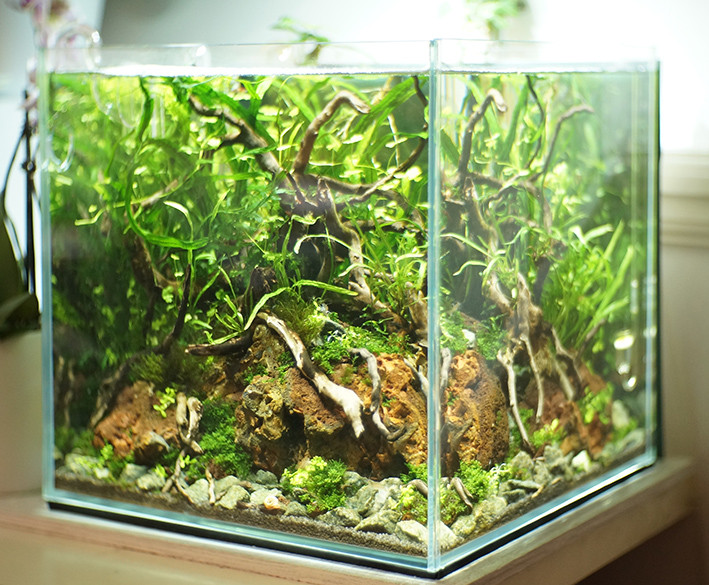 I love this tank to me it looks like youve dropped a class cube into a river a caught a piece of the bank, I can only imagine that looking at it in real life shows so many more details that picture just cant show, your shrimp must be in heaven with all the little nooks and crannies

How are you finding the lily pipes ? Im toying with the idea of trying a set for my 30cm cube

Ha yeah, might help if I stopped messing around with this wide aperture cctv lens...

The lily pipes are good, though I wish that the eden 501 filter was stronger, for flow. I haven't cleaned them yet, but I'll probably have to use actual pipe-cleaners when the time comes. They're the 9mm ones you can get on ebay for about £30. You just have to wait a while for them to arrive!
Tanks: Monstronarium
Crypt's Palace (finished) Roots and Lava v2 (finished) Roots and Lava (finished).
Instagram: monstronarium 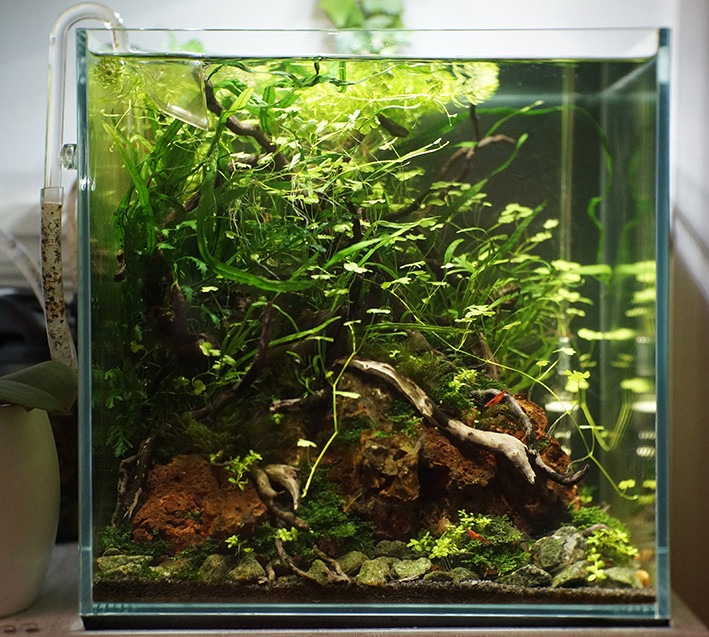 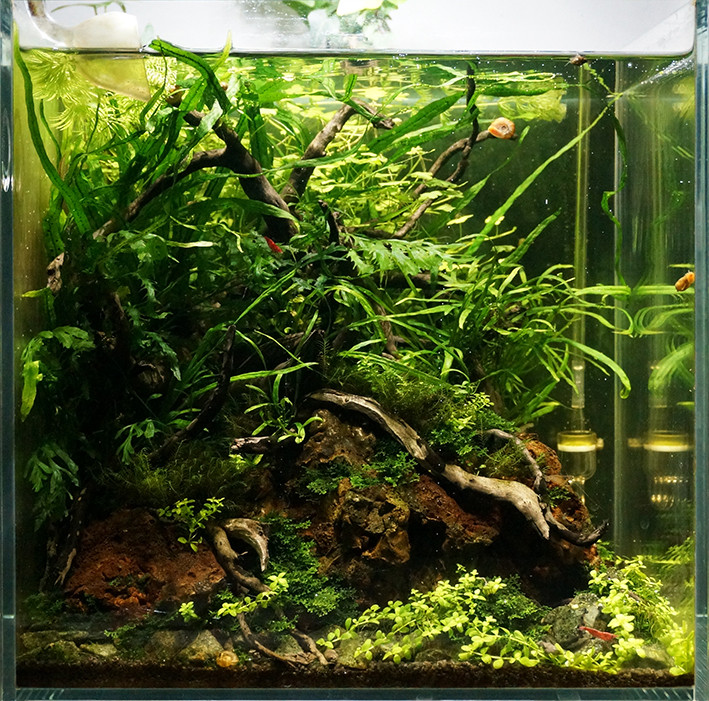 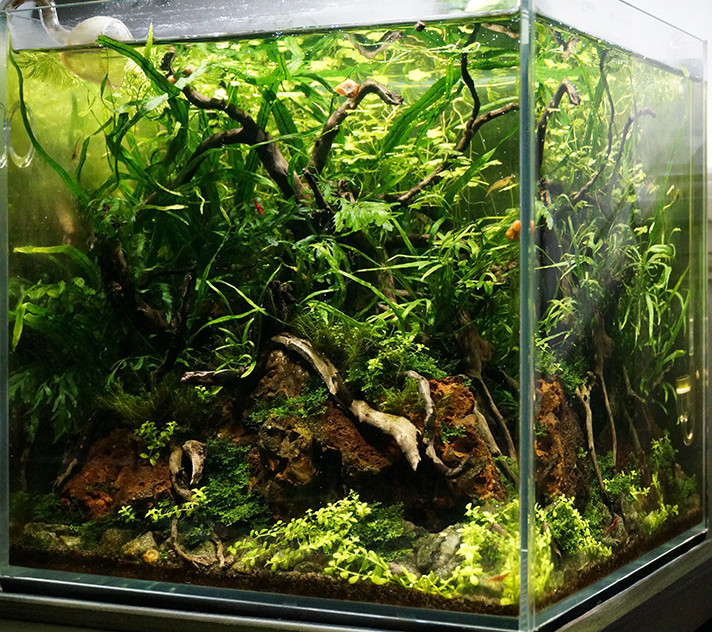