saintly said:
ermmm, is that good dan?
Click to expand...

Of course, it's just me green with envy.

saintly said:
ermmm, is that good dan?
Click to expand...

Of course, it's just me green with envy.

i've got my anubias flower

saintly said:
thanks steve, kind of you.

which glass bud? diffusers or lillys? i cant remember what lillys, but there from AE bubble counter is dazs from ebay i think and anew diffuser from AE. 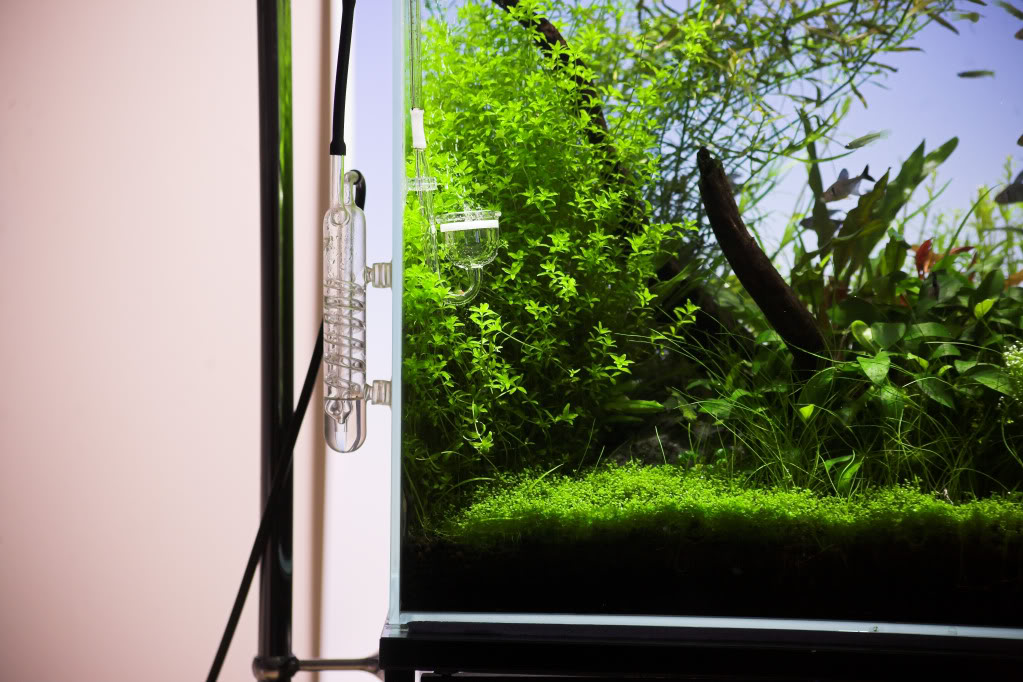 Hi Mark,
i have the same bubble counter as yours,i notice that you dont have much water inside yours,i keep mine filled to about 3/4 full,any reason why you have yours like that?
regards john.
www.johnstarkeyphotography.co.uk

john starkey said:
i have the same bubble counter as yours,i notice that you dont have much water inside yours,i keep mine filled to about 3/4 full,any reason why you have yours like that?
regards john.
Click to expand...

no reason really john. i do loose a little water over time, but as long as there's enough to count the bubble then i feel that's ok.

i'm not sure if it affects performance or not?

Would Someone (Saintly ideally!) be able to tell me what plants A and B are, as I would like some for my very own!

Thanks - LOVELY tank by the way
Ger
T

Looks like A = Hemianthus micranthemoides and B = riccia, not sure if drawf or normal though.

gerlewis said:
be able to tell me what plants A and B are, as I would like some for my very own!
Click to expand...

Sam's right. HM on the left and riccia. not dwarf variety. the HM has proven to be a real nice stem plant, keeping a bush form without much effort. it takes to pruning real good too.

The riccia i use just because it gives an instant effect without much effort. although I don't give the riccia the attention it deserves, leaving it to it's own devices lends itself to a "natural" look.

HM can get invasive, creeping at least 3 inches towards the front until i chopped it....a mistake IMO 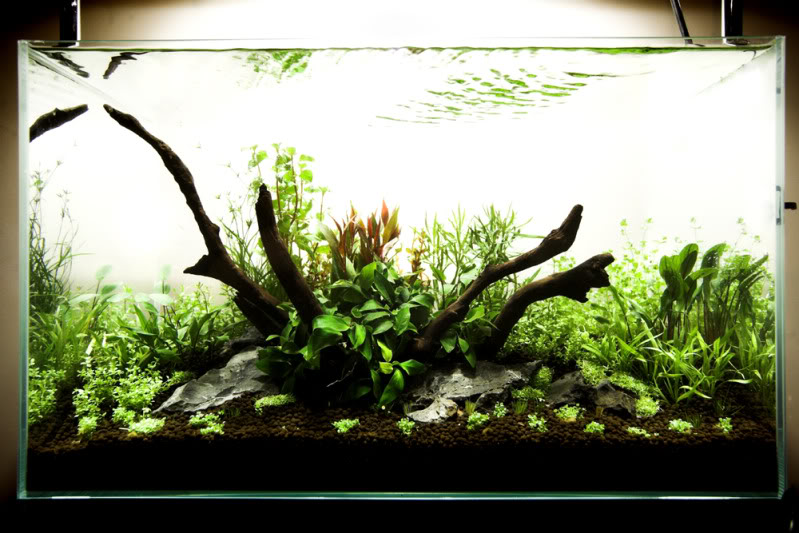 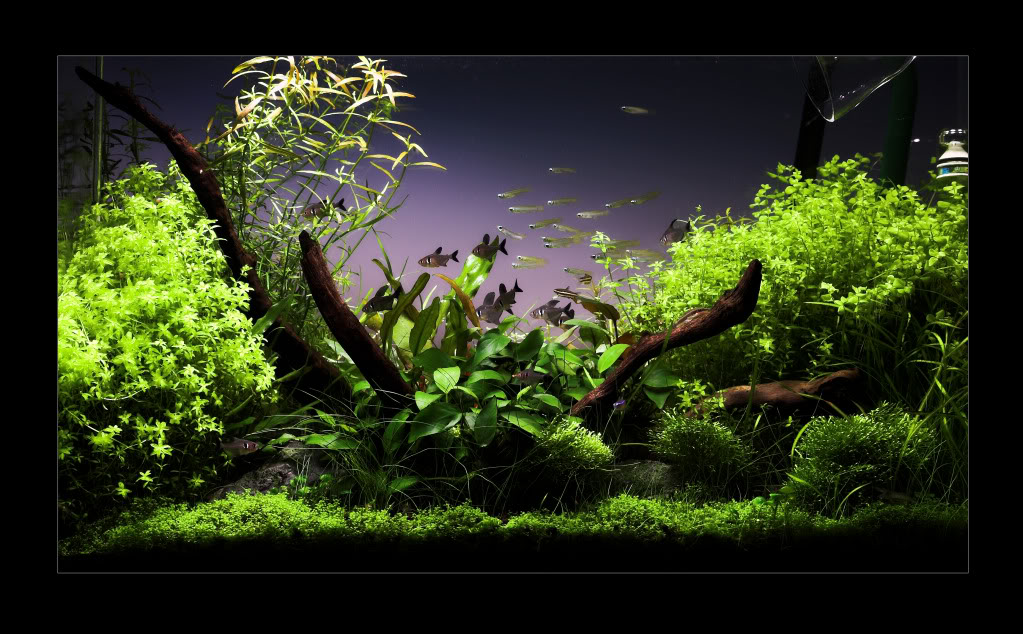 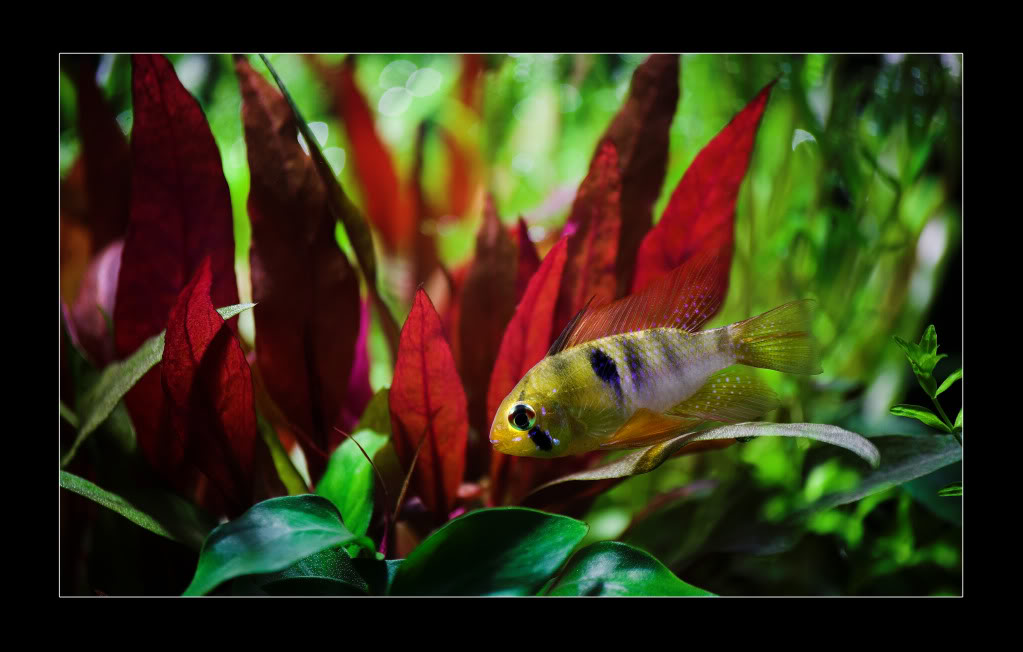 and one of tertas...from ages ago 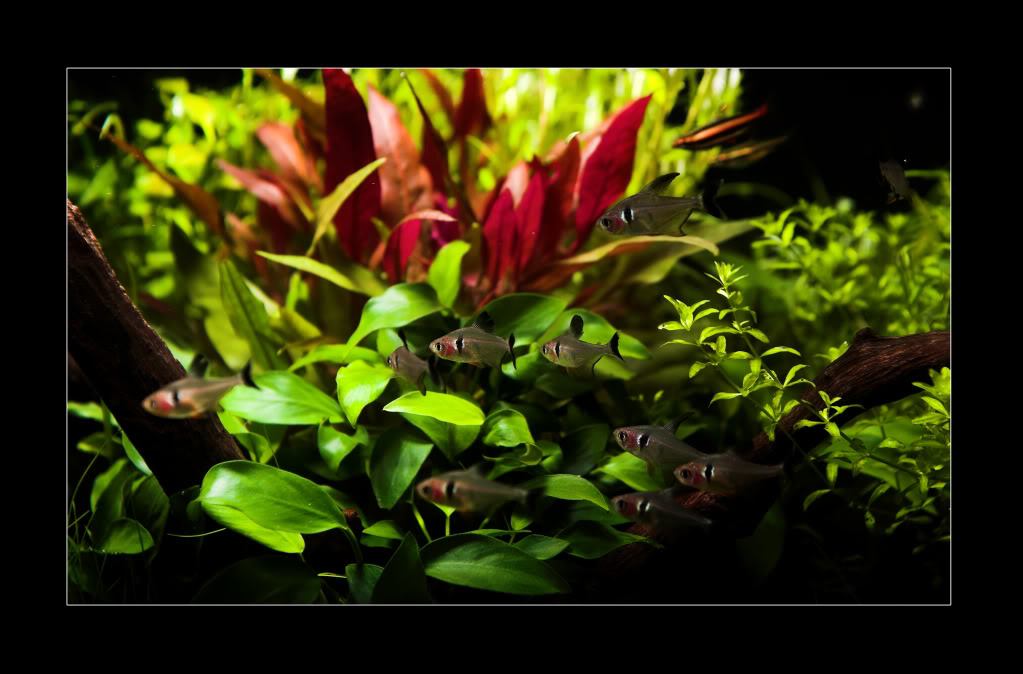 looking over this whole tank, i now sit in the same camp as George regards to a 2D foreground. the problem being i didn't allow enough space between wood and glass loosing the illusion of depth, also the wood gives a concave shape instead of the more 3D convex effect it should have, to make the tank appear deeper.

so George, I retract on my comments earlier

thanks Dan, still room for a ton of improvement though.

saintly said:
so George, I retract on my comments earlier

I think criticism is harder to take once one gets more confident in one's ability. It's like, "who are you to tell me how to 'scape my tank?" But you put your tank up on a forum and it's bound to get some feedback, not all of which is an ego-massage.

I used to have similar feelings, especially when relatively inexperienced people give their advice/critique. But try to realise it's usually all well-intended, so try not to take it as a personal dig.

If you remember I gave you a lot of guidance and constructive criticism in your 'early' days. Remember a very similar comment about 2D foregrounds with your first 60cm Iwagumi? It had a plain HC foreground and you did something about it without taking offense. What has changed?

I'm trying to help, you and others, believe it or not!

That is amazing, Love the Scape and constrast of the Fish
Meander, Titans, Ram Bam, Nano Pond, Sea of Ferns
Experimentation is the key to growth - Pardeep 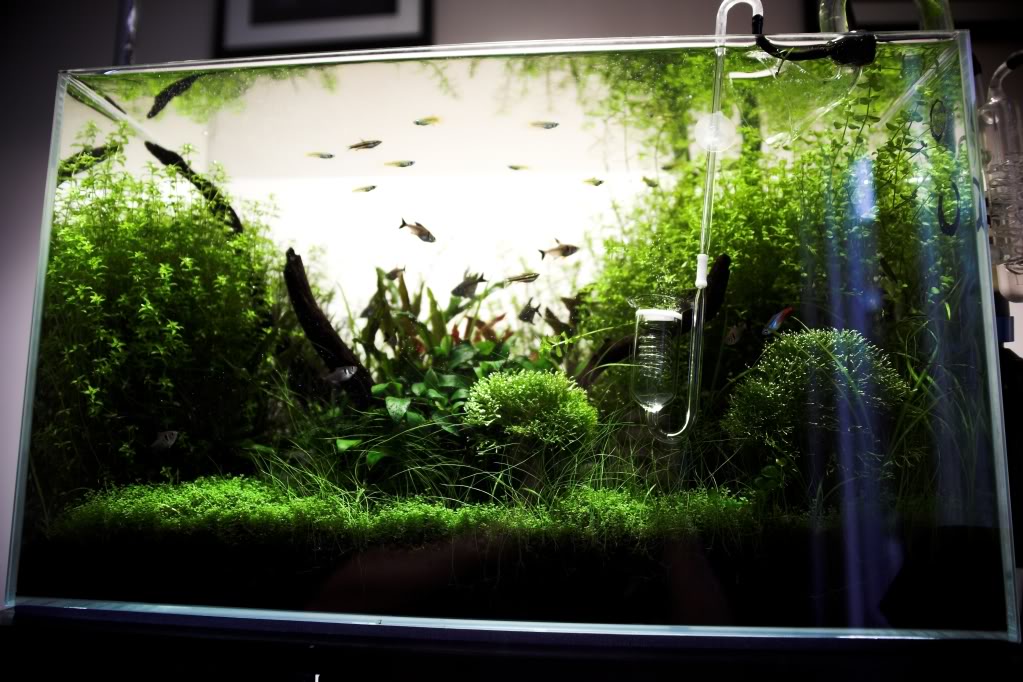 there now gone in an attempt to make the foreground more defined.

this was today before i've trimmed things...kinda gives me an idea as to what a cube may look like. 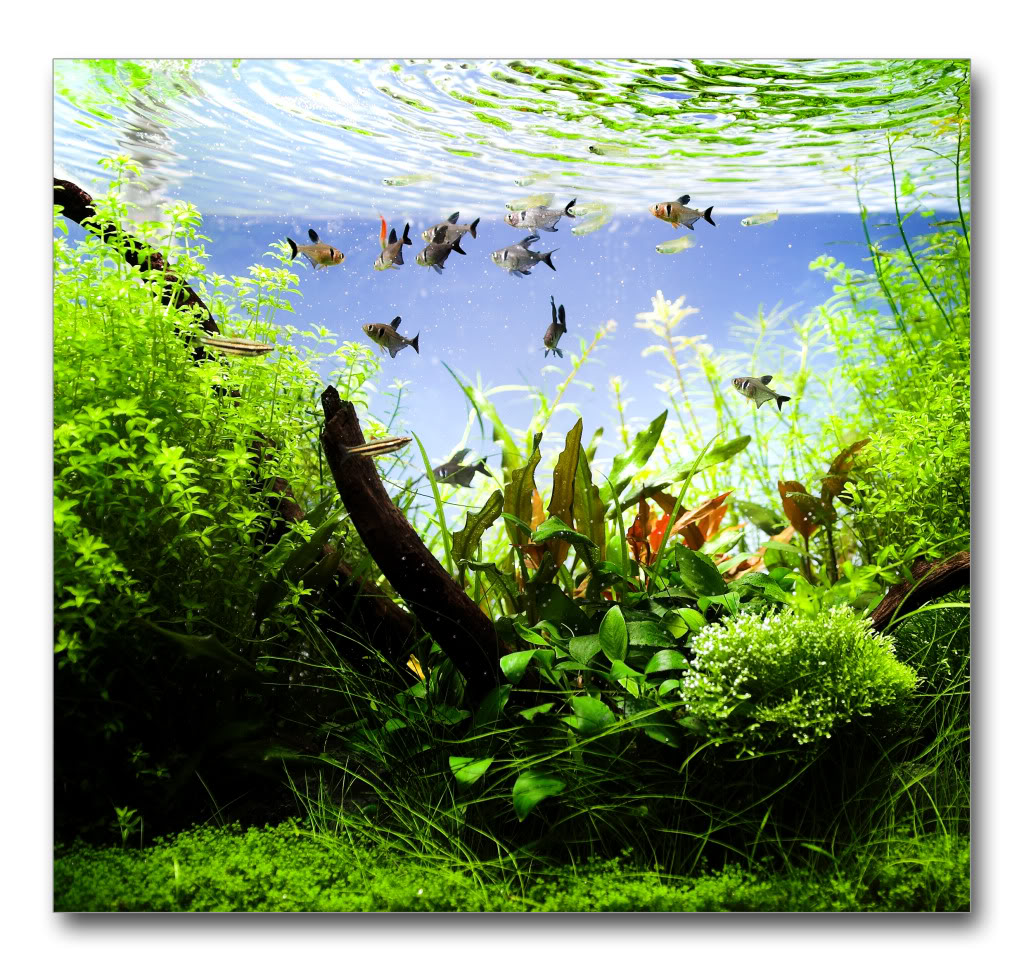 sloping the HC from front to back via trimming is working. it helps to give depth. I'm still wishing I'd put the hardscape further back.

this is highly unlikely going to be entered into anything that resembles a competition, due to little things being adrift. i now know the problems.

so, HC flattened and shaped, riccia gone....i've now got itchy fingers to move on to the manzi wood

and this whilst doing things 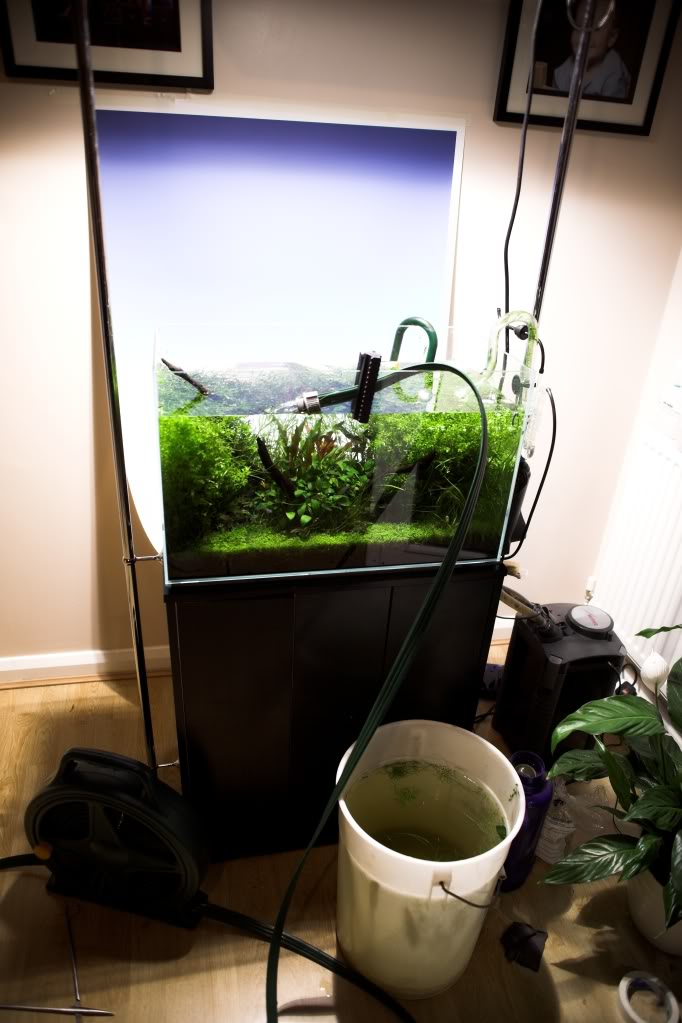 You like these blue backgrounds dont you . Another great tank, will keep an eye on your Journals from now on.
Gareth Roberts
Slapdash 120l Journal - http://ukaps.org/forum/viewtopic.php?f=35&t=13595

hey mark any updates its been over a week now

hows your marsilea doing? cant see it in your pics. id be interested to see it put to good use
thanks
sam

Thanks to everyone who's followed this.

whaaaat? I wanna see you taking this thing down !!!

Jur4ik said:
whaaaat? I wanna see you taking this thing down !!!

Jur4ik said:
whaaaat? I wanna see you taking this thing down !!!