hi guys thought id show you how i have done my DIY stand as i was going to as i went along but my camera was battery flat.

tools used:
hand saw
electric plane
elecrtic sander
set square
straight edge (i used some of my 2x2)
the set square and straight edge are just for drawing out the sides for the MDF

the first stept i did was the main frame which i built so that its strongest when the pressure it on top.

i glued each part and just used one 3 1/2 screw in each end vertically, so two at the top and two at the bottom.

next i made the top part and the supporting bar at the bottom. i decided to make another frame. (similar to the side ones as i thought it would be strongest this way) i also made this so that the weight is not resting on the screws. Once that was glued and screwed i then placed it on top like this:

here i added some crosses to show where i put the screws in and the red circles are where the screws go for the top.

one this part is complete it may not be strong as the MDF will will hold it all toether properly.

next i added the the sides and top to the frame as you see in this pic:

(bear in mind this is adding width and depth to you stand)
i found the best way to get the sides to fit perfect was to cut them slightly bigger than you need (2mm) srew it on with 1 1/2 screws, then plane and sand it until its flush with the side next to it.

next i filled in any gaps which were left with wood filler, sanded it and it was now ready for painting.
make sure its real flat as you can see bumps more when painted (i did one coat then sanded again)

will continue as it comes along
thanks
sam

Thanks for taking the time to do those great diagrams for us, too.

hi all
so its about time i did a little update.

not great pics sorry the camera settings arnt good
i decided not to put handles on it so it has a clicker type thingy where u push it in and it pops out
not to some peoples taste i should inagine but it is mine.

as for equipment i have a TT EX1200 as you can see, external heater,luminaire and co2 reg so im getting there equipment wise. ill update next when i get the lighting hung up and tank in. thanks all.
thanks
sam

I'm not a fan of the white, but I have to say, that cabinet looks ace mate

thanks guys glad someone liked it

yep felt like it would never get there
thanks
sam

I like it, I'd probably go for a different colour but that depends on one's surronding environment. Easy enough for others to copy and add their own "dressing". Structurally sound peice of furniture.

nice cabinet sam. just noticed in another post, are you getting your tank from portugal? is the shipping a killer or not too bad?
90x45x45cm tank scapes - Llyn Peninsula / "Unknown Valley" / "Apalala Shore"
ADA Mini M Nano (36x22x26cm) - "Aquascape #2"
Stu Worrall Photography

well the whole thing has been slowed down by finding a tank lol but i got a custom opti which was acutally very cheap its 60x40x40 which would have been about Â£110 i think but postage made it Â£160 but thats still very cheap and am just waiting for it to be delivered now as there has been a bit of a mix up with the courier.

The cabinet is awsome. I'm in the process of making one myself, was going to use marine ply but MDF would be cheaper and take the paint easier. Do you think MDF is strong enough? What thickness MDF did you go for? Although your design uses the timber to take most of the weight, hope you don't mind if I borrow some ideas! Think I'll make mine post box red

SWEET! really different from the usual, love it.


TBRO said:
The cabinet is awsome. I'm in the process of making one myself, was going to use marine ply but MDF would be cheaper and take the paint easier. Do you think MDF is strong enough? What thickness MDF did you go for? Although your design uses the timber to take most of the weight, hope you don't mind if I borrow some ideas! Think I'll make mine post box red
Click to expand...

you can take my ideas no probs

that's one cool cabinet, look forward to seeing the light stand too

thanks for the feedback guys

the barrel on the end fits in the clips on the osaka light (if you had one ud know what im on about) the drilled a small hole through frame and make the top one bigger, thread the cable through, solder a crimp on then the crimp goes through the bigger hole at the top and not through the bottom one. 8)

anyway here it is 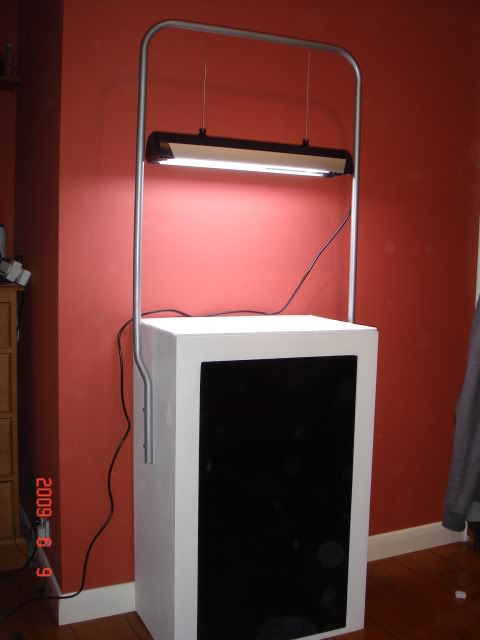 sorry about the shoddy pic

here is my DIY bends which go to my lilies 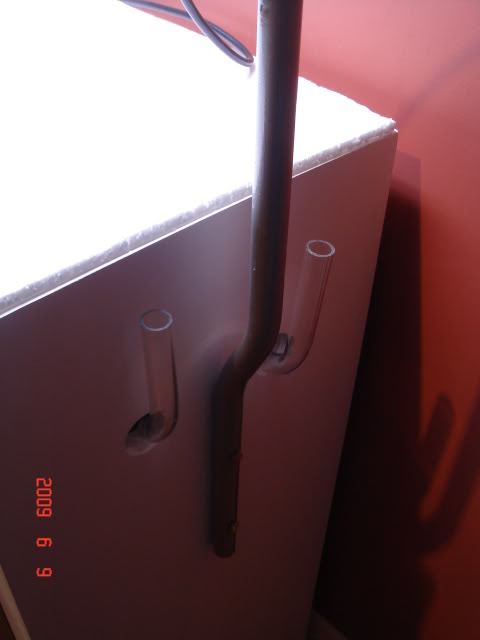 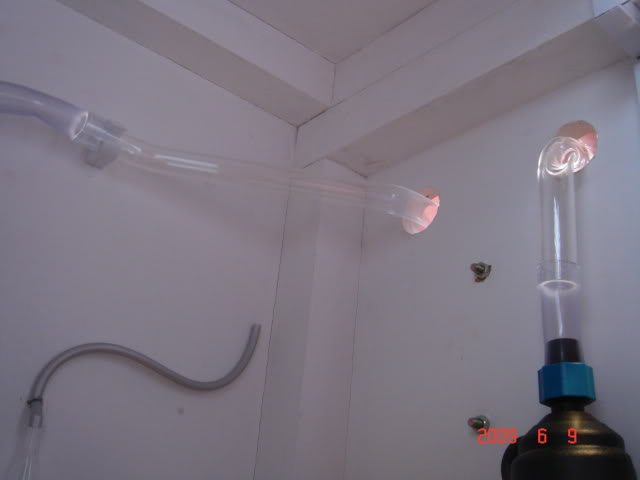 any comments welcome
thanks
sam

That is so neat! Well done mate
You must log in or register to reply here.
Similar threads