Wookii said:
Yeah, they’d be one of a number of shoals of different fish. I plan to have a load of Chilli’s, cause I love Chilli’s, a shoal of Embers, Pygmy and Salt and Pepper Corys, a decent shoal of those blue or green neon Rasbora, some Emerald and/or Galaxy Rasbora and maybe a shoal of surface fish like lampeyes - trouble is there are just too many nice fish out there!
Click to expand...

That sounds amazing, i couldnt belive how small they were at first can barley notice them in my tank. First time really seem any rasboras as horizon is first shop up here to stock a large selection of fish.

Still got aome algae, i have dropped lights to 80 percent and started dosing only 1 pump of tropica specialised however seeing defficencys in leaves like holes etc and missing the red tinge i was getting when lights were 100 percent.

Also started co2 half hour earlier today so nice lime green when lights came on, also any idea of how to get rid of surface film without skimmer ? 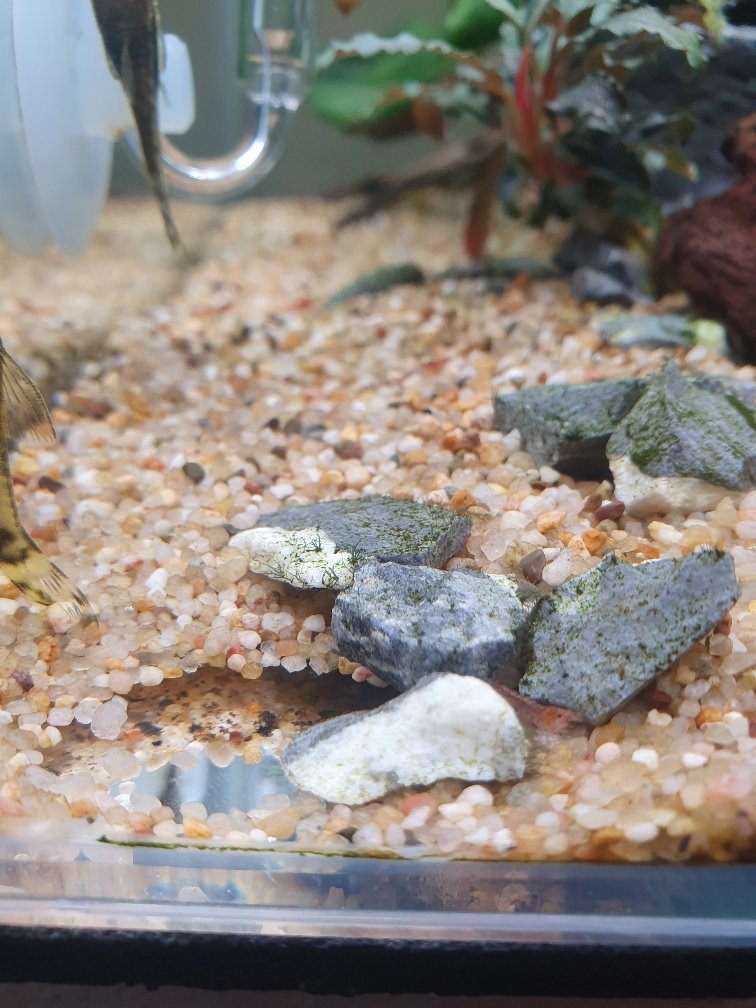 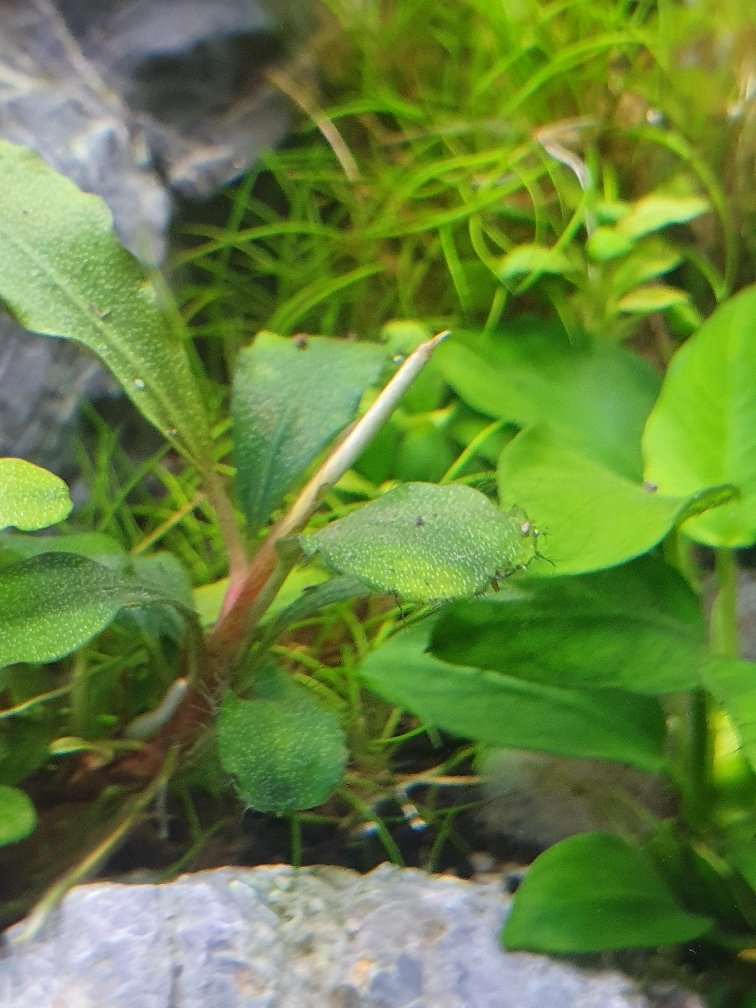 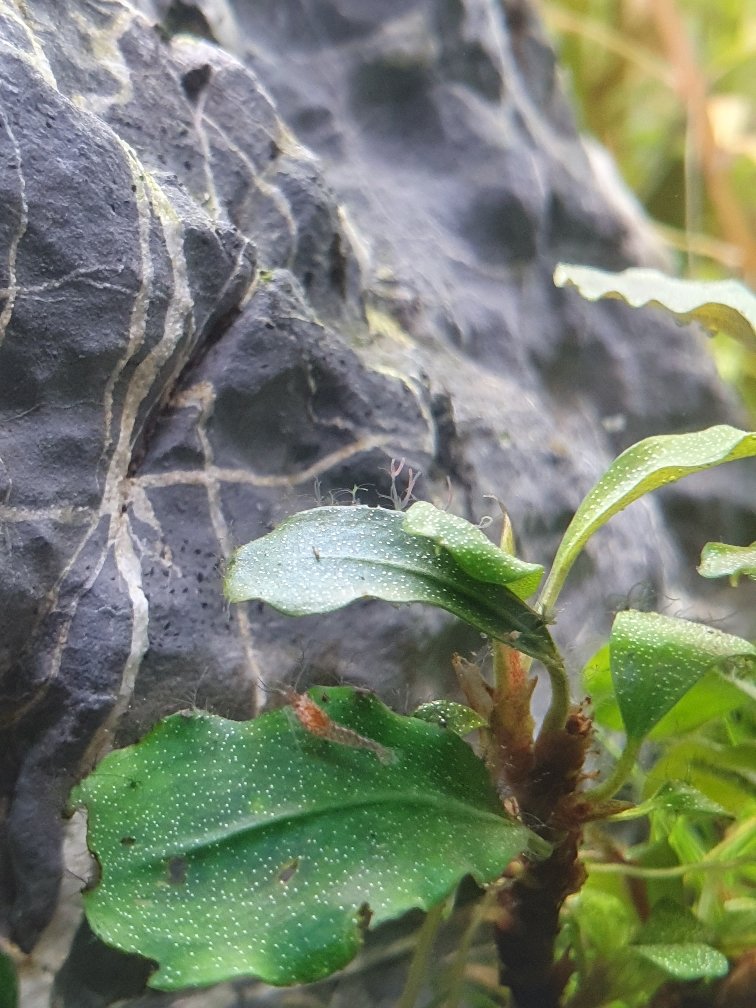 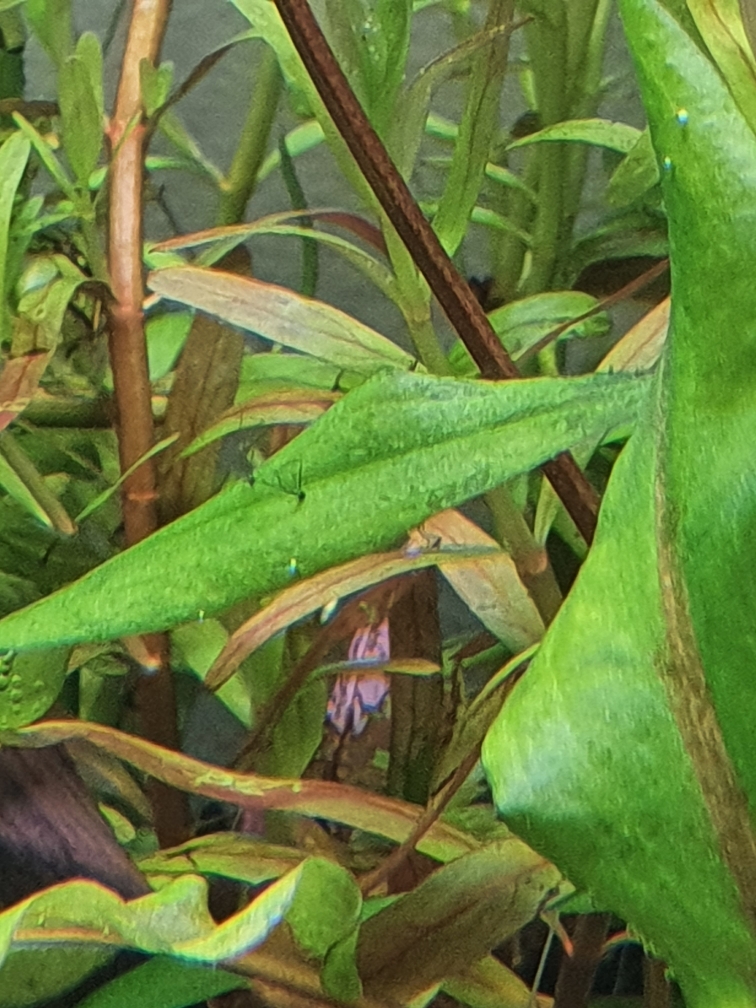 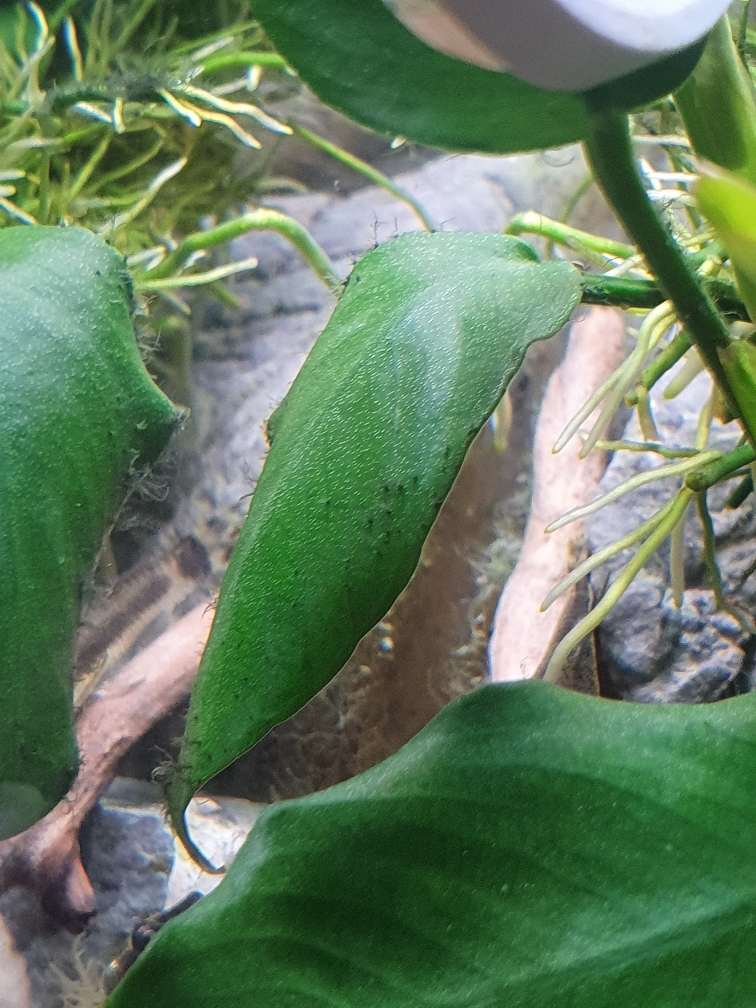 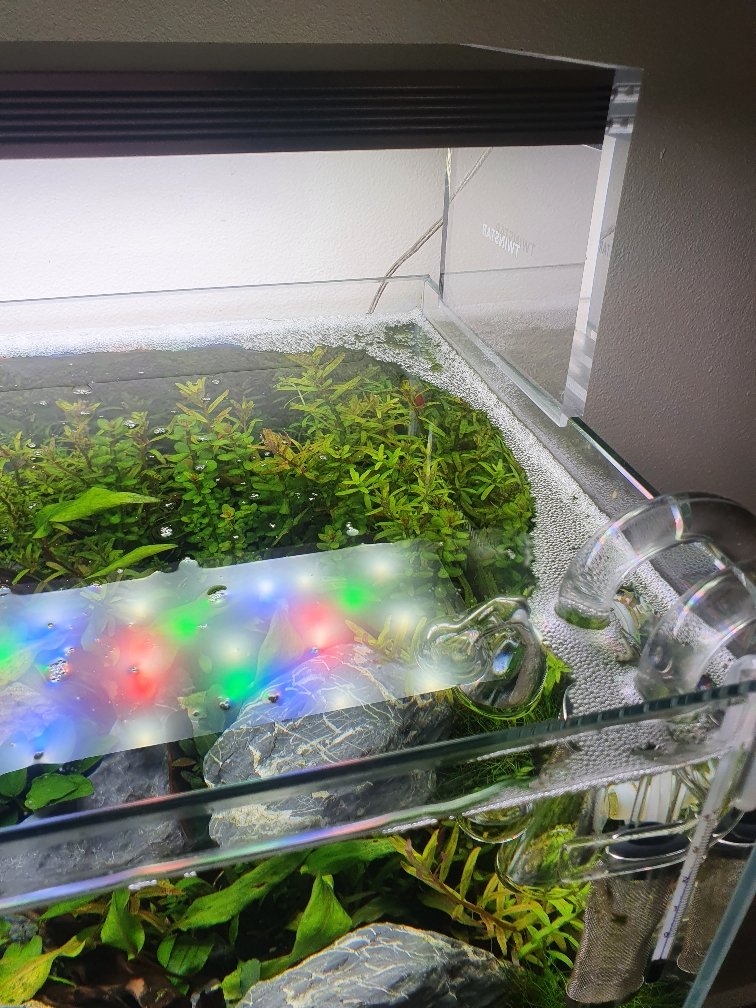 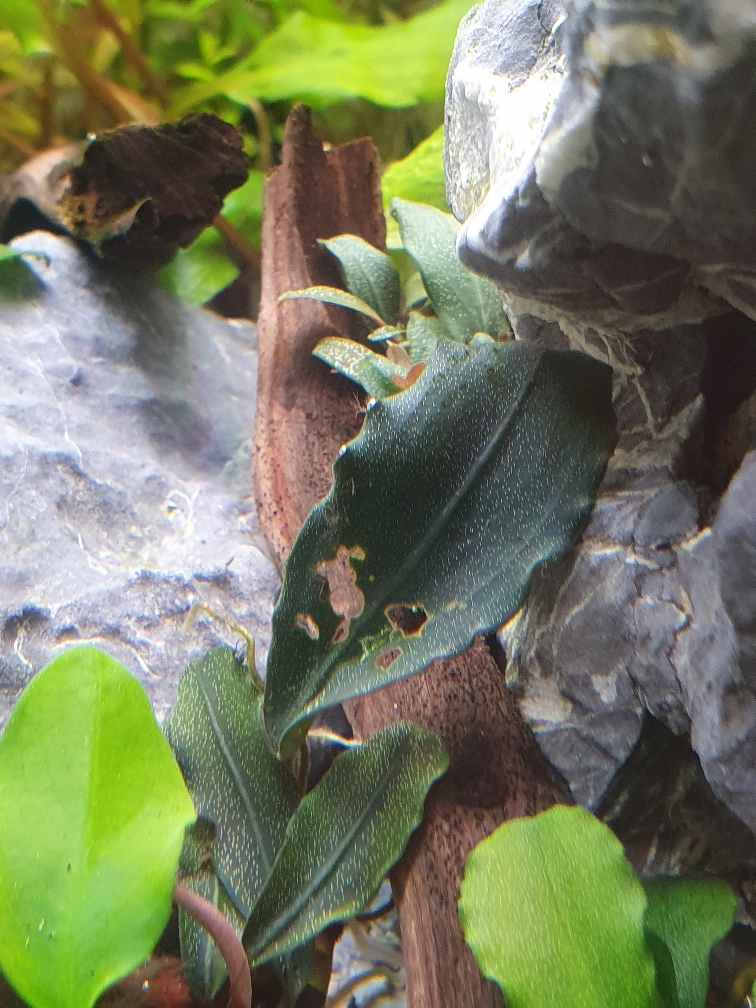 Do you think continue with 1 pump and keep lights at 80 percent ? How do you get rid of the staghorn thats turned white ?

Deano3 said:
I also met up with ady34 from the forum who generously took my neons off my hands for his son so that was very helpful of him so thanks again mate.
Click to expand...

Was good to meet you Dean. The neons have settled really well in my sons tank and he’s over the moon with them so thanks, it seems to have been a win win for both of us. Those rasbora look stunning and will only get better.

Deano3 said:
Do you think continue with 1 pump and keep lights at 80 percent ? How do you get rid of the staghorn thats turned white ?

I would increase ferts if anything Dean, I know it’s about on the dosing recommendation but I think you could double it
I’m unsure why you are getting repeat staghorn but it has always been remedied for me in the past with extra filter and tank maintenance. Up the water change frequency and try and keep things clean.
Look forward to more pics of those fish mate, Greta choice. I’m sure we’ll meet again at horizon in more relaxed times

Had a couple of jumpers lateley so down to 10 rasboras now but apart from that and fighting staghorn all going well. 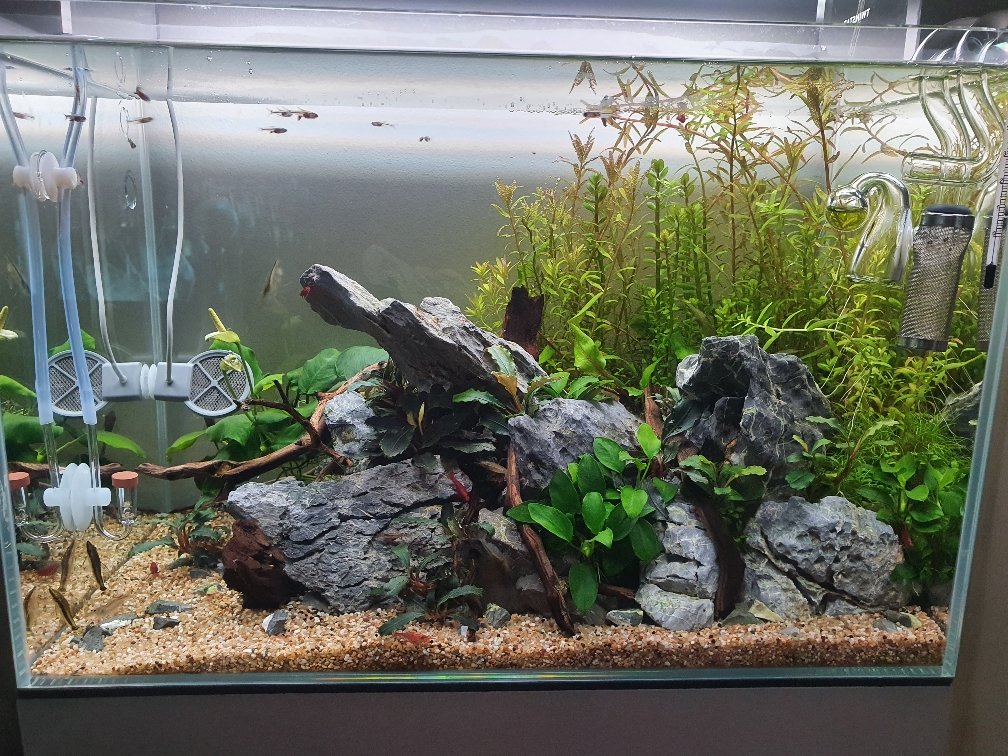 Oh no, sorry to hear about the jumpers. I’ve had a few before and it always makes you consider the downsides of open top.
scape is looking nice though, stems are filling in the space and nice to see the gaps in the rocks filled with plants

Ady34 said:
Oh no, sorry to hear about the jumpers. I’ve had a few before and it always makes you consider the downsides of open top.
scape is looking nice though, stems are filling in the space and nice to see the gaps in the rocks filled with plants

Cheers mate yeah had to trim the day, rotala gets lovely red when on surface, looking froward to the twinstar s so can grow better reds.

Anubias has now flower or bud not entirely sure what its called. 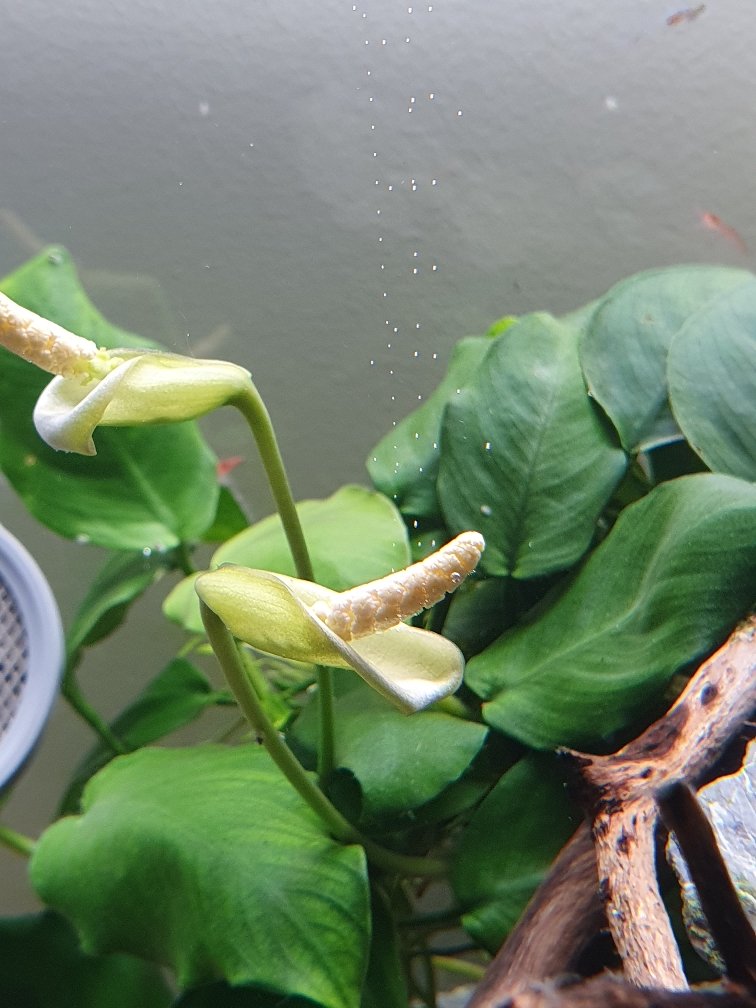 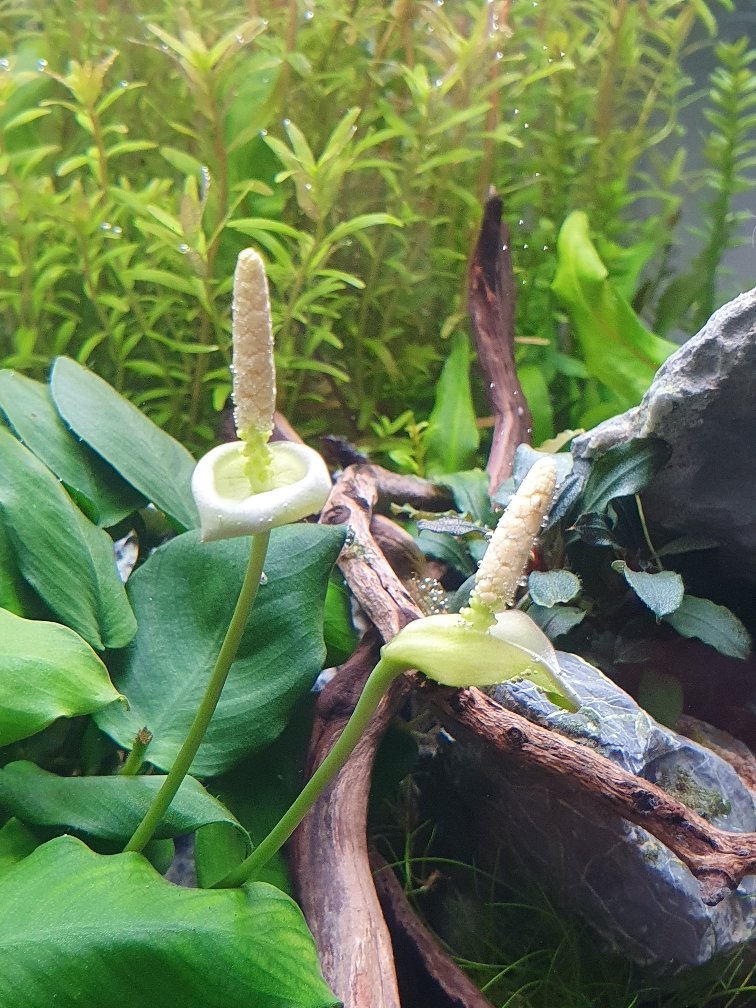 Hi everyone hope your all well did some maintenance yesterday noticed some algae on the diffuser and sterilizer looks green think may just be staghorn and possibly some bba on the wood, i spot dosed with liquid carbon and did large water change as usuall. Been a bit pre occupied with my 900 and thinking about what i need etc, also is a picture of some of the goodies i purchased today.

Went to horizon and spoke to james and nicle at horizon for a good hour very very helpful and got some rock etc and other bits a bobs got some stunning fish a shrimp in , seems to he doing well i took a few pictures of the chen bettas i think they were called

would be stunning in a nano. I also love the green shrimp.

Stems are growing crazy on the 45p i only trimmed recently and need another trim as lying over at the tops now.

Have i dont right thing with the algae and anyone recomend any fish food to help bring out colours ? 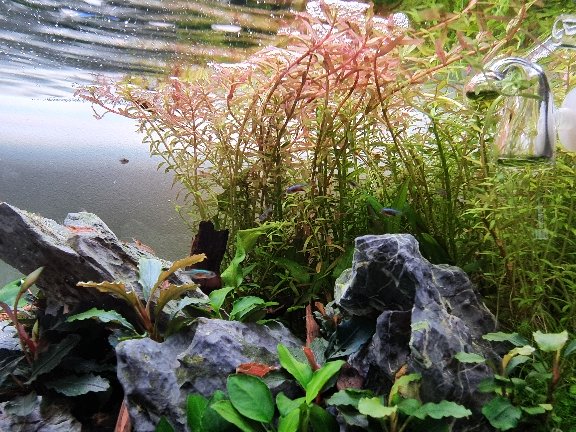 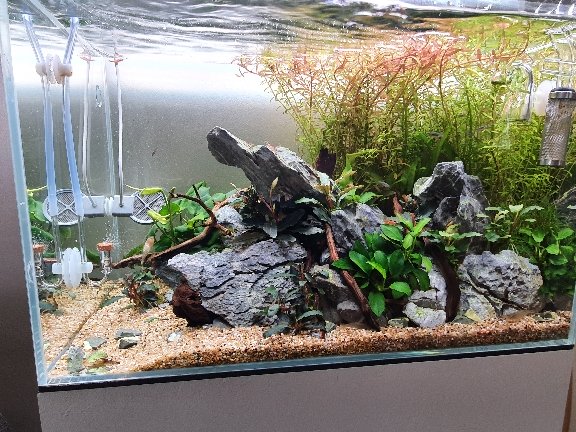 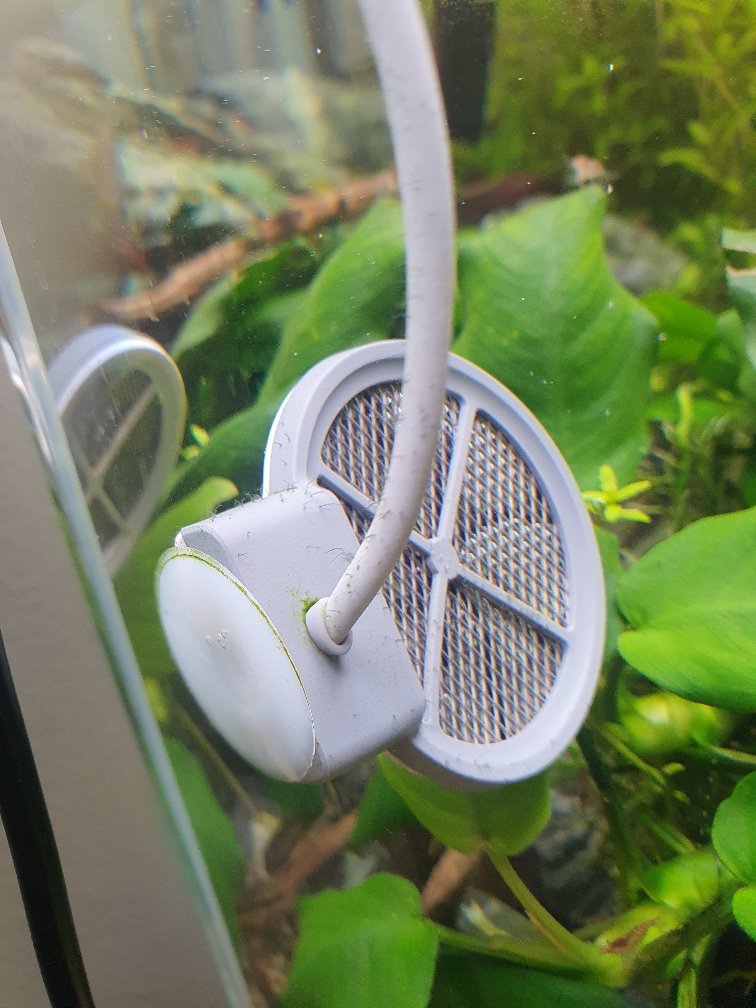 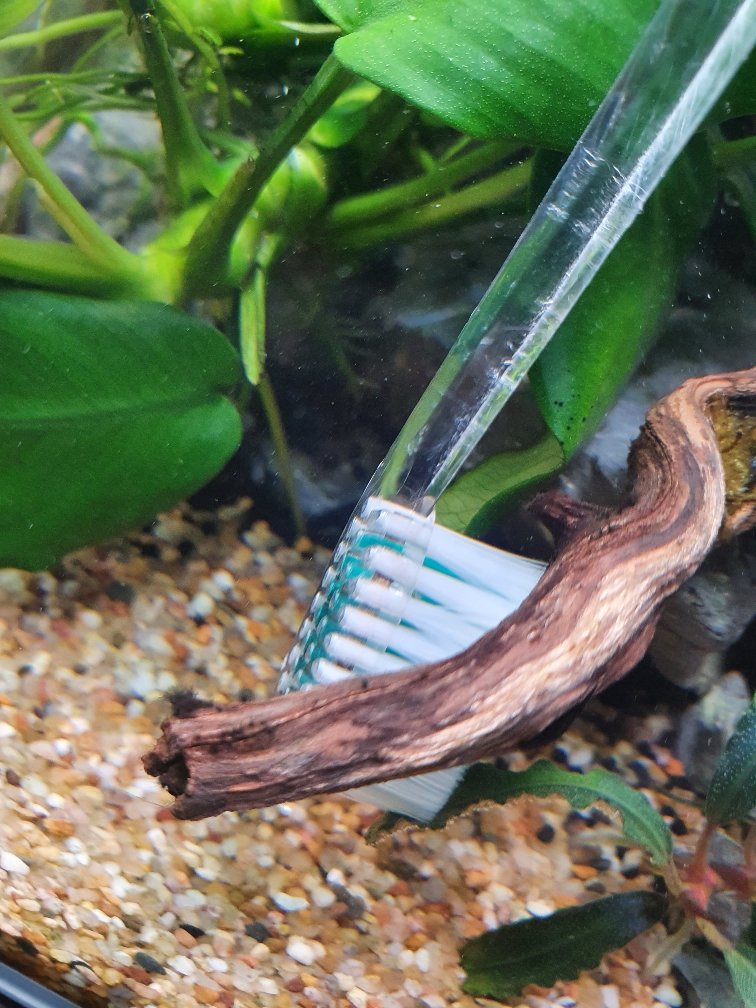 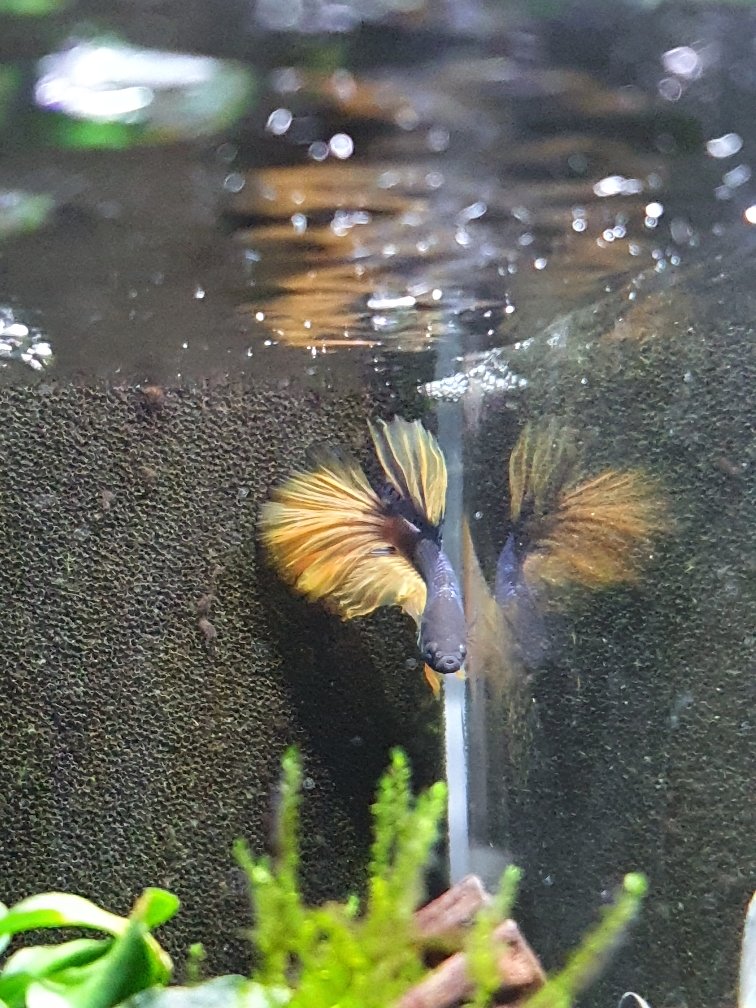 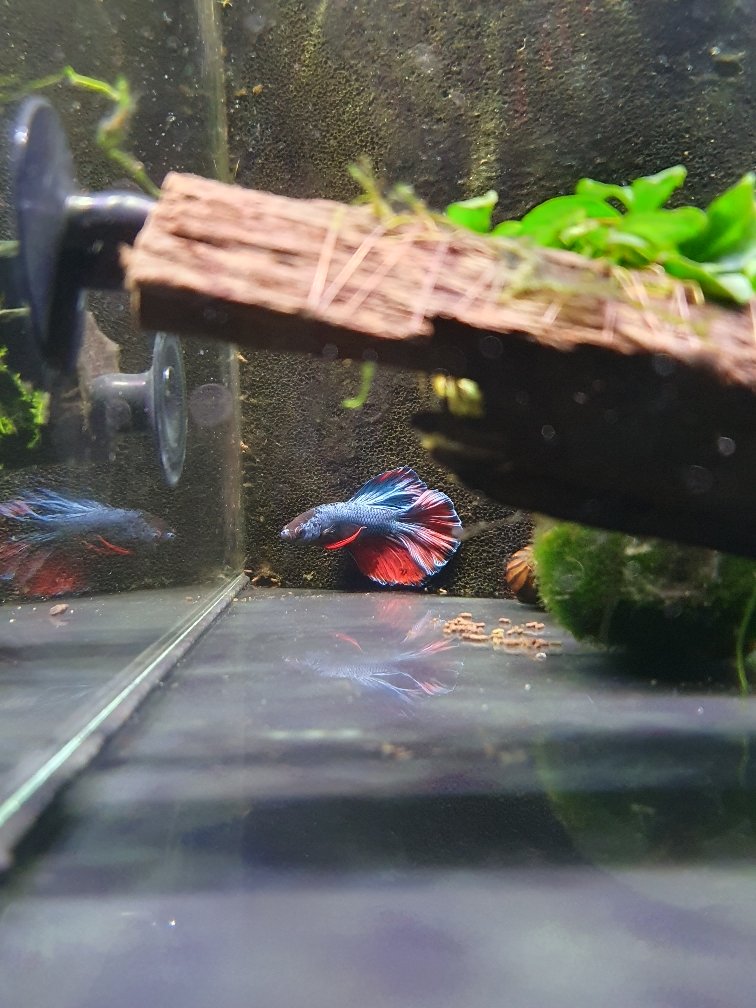 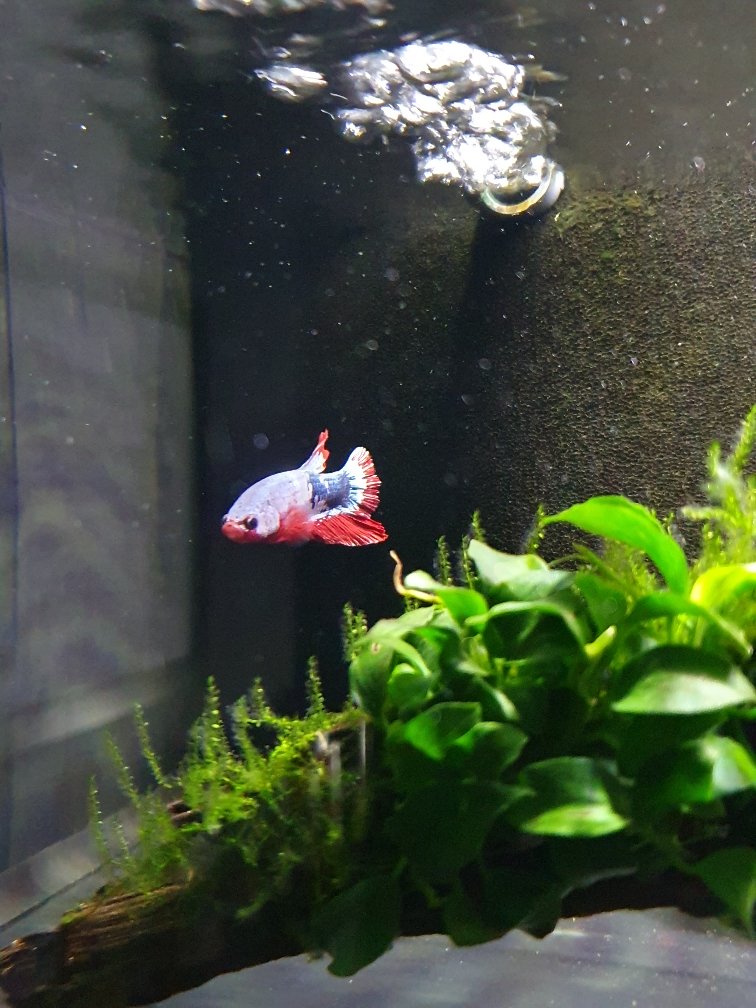 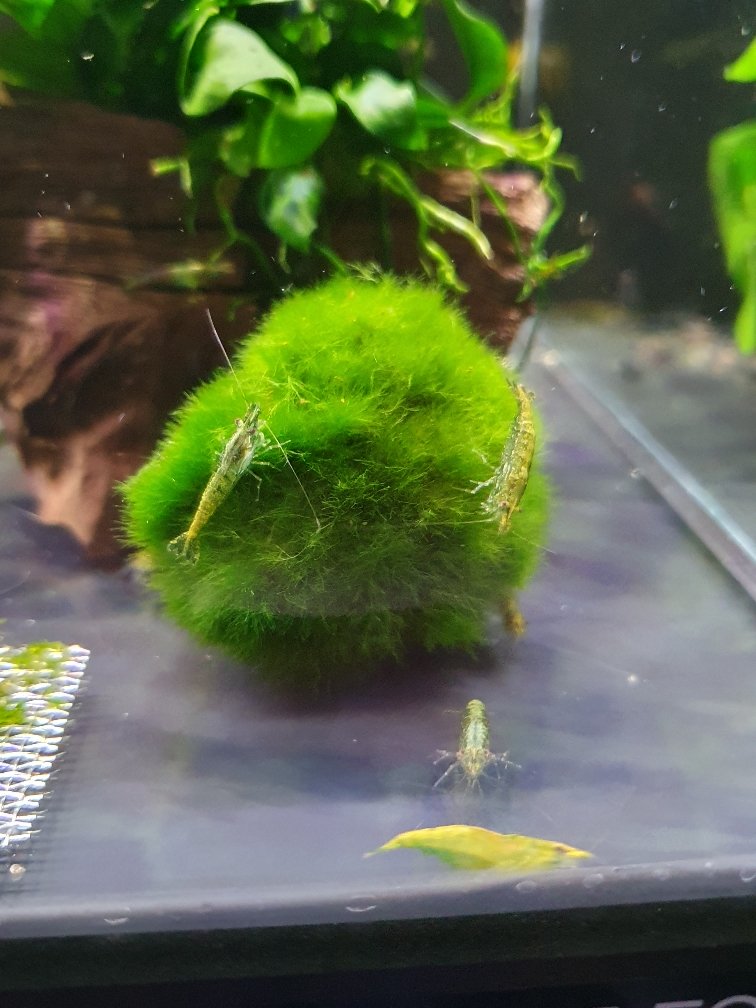 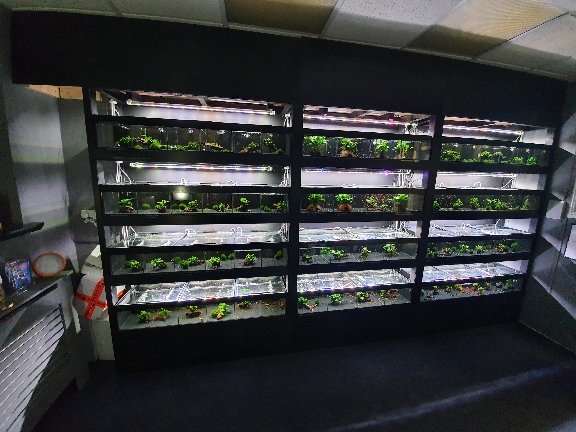 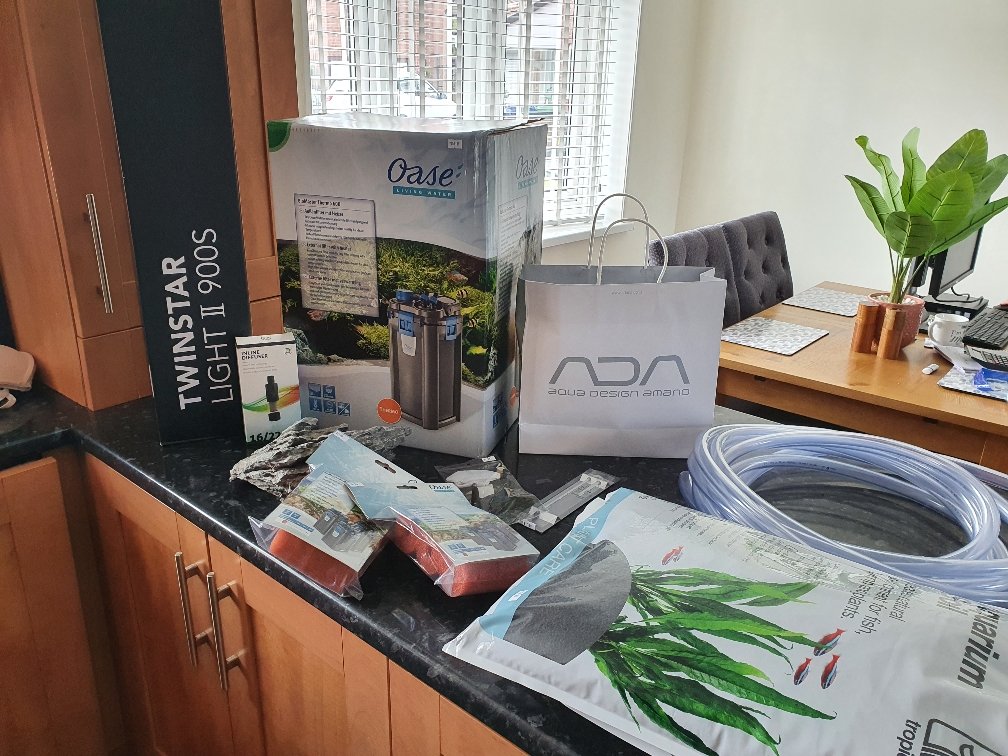 Dont know of anyone seen 2 posts above and not just the last post as could only add 9 pictures, some stunning chen bettas.

Would you say the alage on wood is bba and will spot dosing liquid carbon do the job ?

Also any recomendations onfood to bring out the colours in fish.

yes it’s bba on the wood, spot dosing is OK

To bring out colors, I use dr.bassleer food for example

yes it’s bba on the wood, spot dosing is OK

To bring out colors, I use dr.bassleer food for example

I have only ever tried liquid carbon but turned it redish so must have worked, and is thay food specifically designed for colouring up the fish ?

Deano3 said:
Have i dont right thing with the algae and anyone recomend any fish food to help bring out colours ?
Click to expand...

Sundadanio sp. I suspect you’ll have some difficulty getting them to show the sort of photo colours they’re capable of
- tank is too small (though these are small fish and SF species profile does list some very small tanks, I noticed they were much more active in my 90 x 45cm, males would display and spar quite vigorously)
- shoal is too small (longterm they seem to do better in larger groups)
- fish are too young?
- mostly females?
rather than food being the issue (unless you’re feeding very poor quality - which I doubt)

A couple years ago, one lfs brought in “Sundadanio sp red”, these are somewhat larger - for whatever reason, new deaths occurred daily in the group so I never brought any home; this species definitely ships the worst of the “Sundadanio sp.”
(previous shipments arrived DOA )

Sundadanio margarition is now on the IUCN Red List of Threatened Species 2019
Last edited: 20 Jun 2020
A

Evidence presented herein indicates that Sundadanio, a genus considered until now to include a single, widespread species, is actually composed of multiple species. Like S. axelrodi, the new species described are endemic to the highly acidic peat swamp forests and blackwater streams of Southeast Asia and further emphasize the link between miniature fishes and low pH aquatic environments
Southeast Asian peat swamp forests represent some of the World’s most vul-nerable freshwater habitats (Ng et al., 1994; Kot- telat et al., 2006). Most peat swamps visited by the authors in the 90s are no longer existent, and those which remain are under tremendous threat from anthropogenic activities such as deforestation, conversion into plantations, water extraction and draining. Habitat at the localities of many of the species of Sundadanio described herein is already heavily degraded (Figs. 26, 30b) or entirely destroyed. Extirpation of entire populations of Sundadanio has occurred and extinction may become a reality in the future given the restricted ranges and stenotopic nature of these unique cyprinids.
Click to expand...

S margarition in the wild

Very sad to hear that they are endangered thanks @alto for the infos!

Thanks for the information alto very interesting and as said very sad to read, i have 10 in the tank as had 2 jump but when get my 90cm i may add more so have a bigger shoul.

Also they larger ones are better colours so maybe they are just young i wasnt sure if certain food bring out the colours more, i usually feed dennerle nanograin.

Trying to get a pic and this is a quick one sorry for bad quality but sometimes look good but smaller ones colours arnt as good but think yoir right and could be down to age.

Regarding algae i have some small tufts of bba what i dosed with liquid carbon and still getting some staghorn on or some sort of algae on my diffuser and sterilizer.

Also cant decide wether to but a new twinstar sterilizer on my next larger setup as seem to have had good results in this tank but not sure if down to that or not. 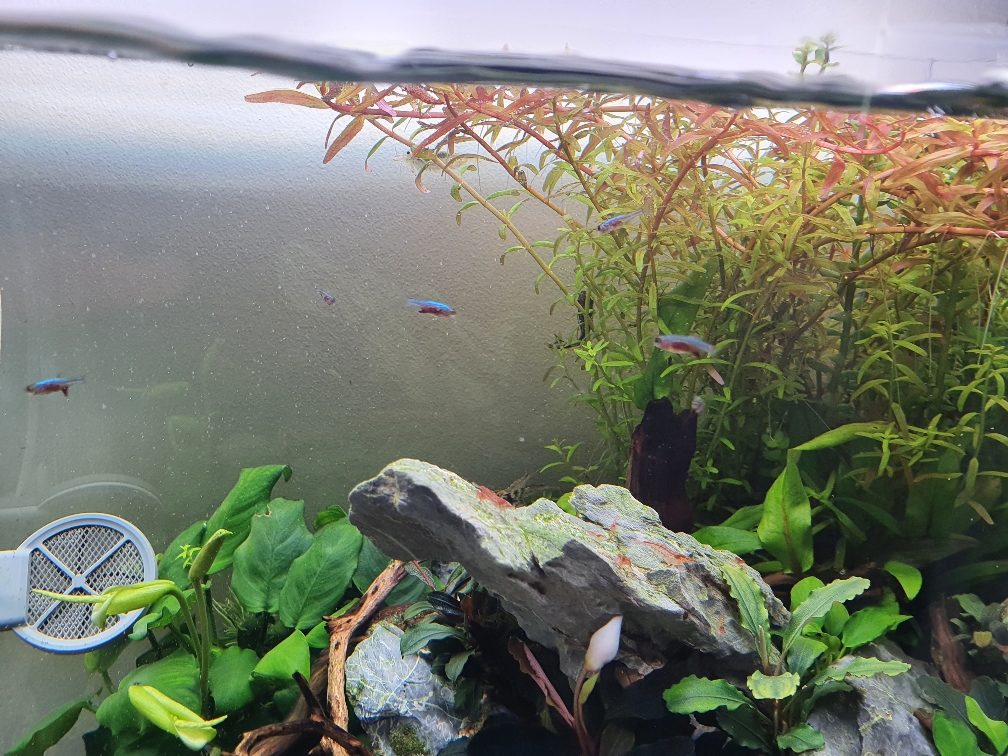 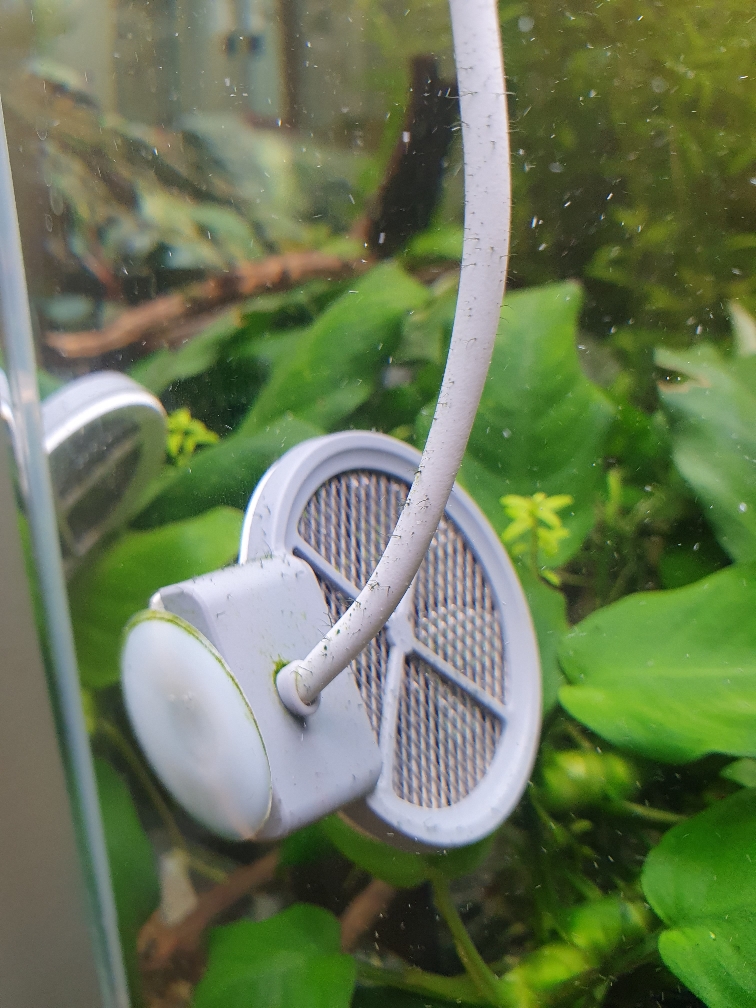 Quick update not doing much with this currently just water change ever 4-5days as been very busy with house decorating etc and my aquascaper 900 arrives this week.

Still spot dosing to fight small amounts of algae and the rotala needs trimmed ever week as crazy fast grower i cant keep up with it, looking forward to having more room and hopefully spacing everything a bit better so doesnt all grow together.

Also crazy amounts of cherry shrimp what i will get rid of at some point.

Need to clean rocks to get green off think need something rougher ?

When i get my 900 set up and want some plants from here will it be ok to swap them over lr will i loose to much beneficial bacteria etc ? I may all so start dimming the lights and lowering the co2 any hell on this front would be great 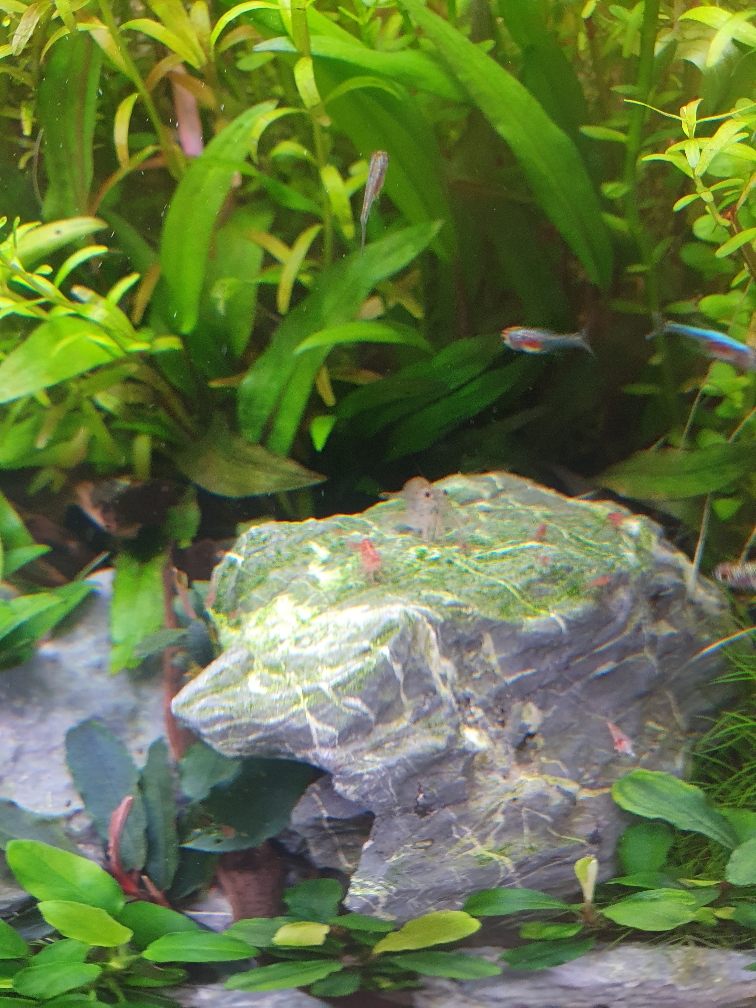 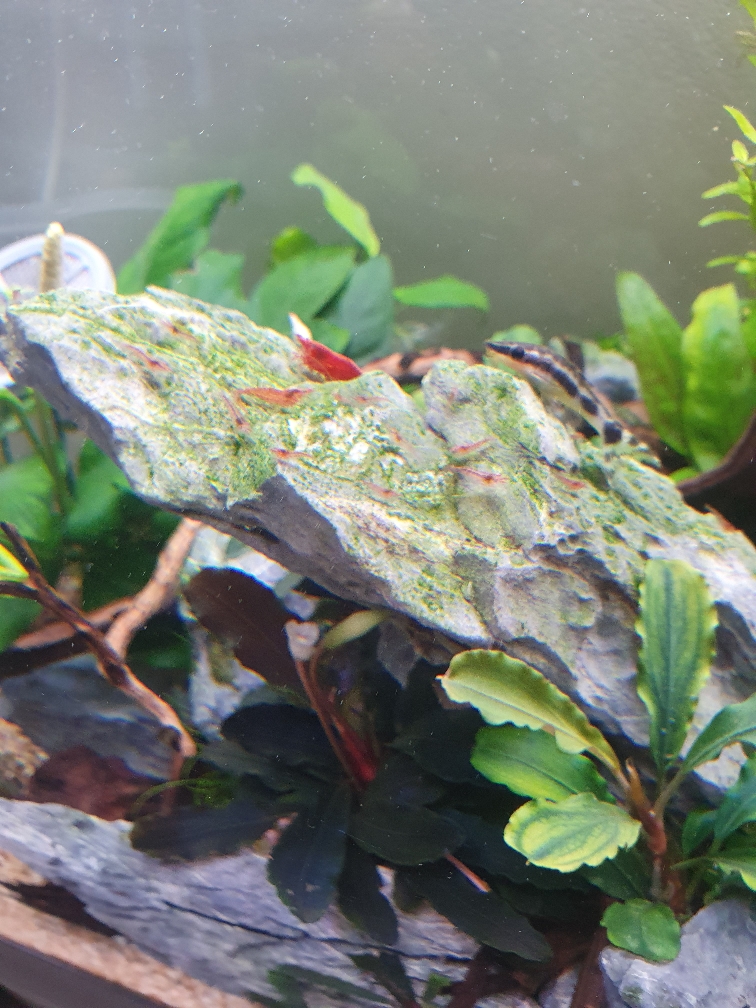 Sent from my SM-G970F using Tapatalk
Thanks Dean
You must log in or register to reply here.
Similar threads