looks good you might want to somehow 'link' the two pieces. maybe even tilt the left piece clockwise a bit and even put the right piece a little more towards the centre. but remember its your scape do what you feel
thanks
sam

rather than have the left piece right in the corner try moving it further along. It is helpful if you have substrate as you can then experiment with angles.
Aaron North
My Flickr Account | Equipment needed for setting up an FE | Algae & Nutrients

Managed to get some work done on the tank this weekend, got this far! 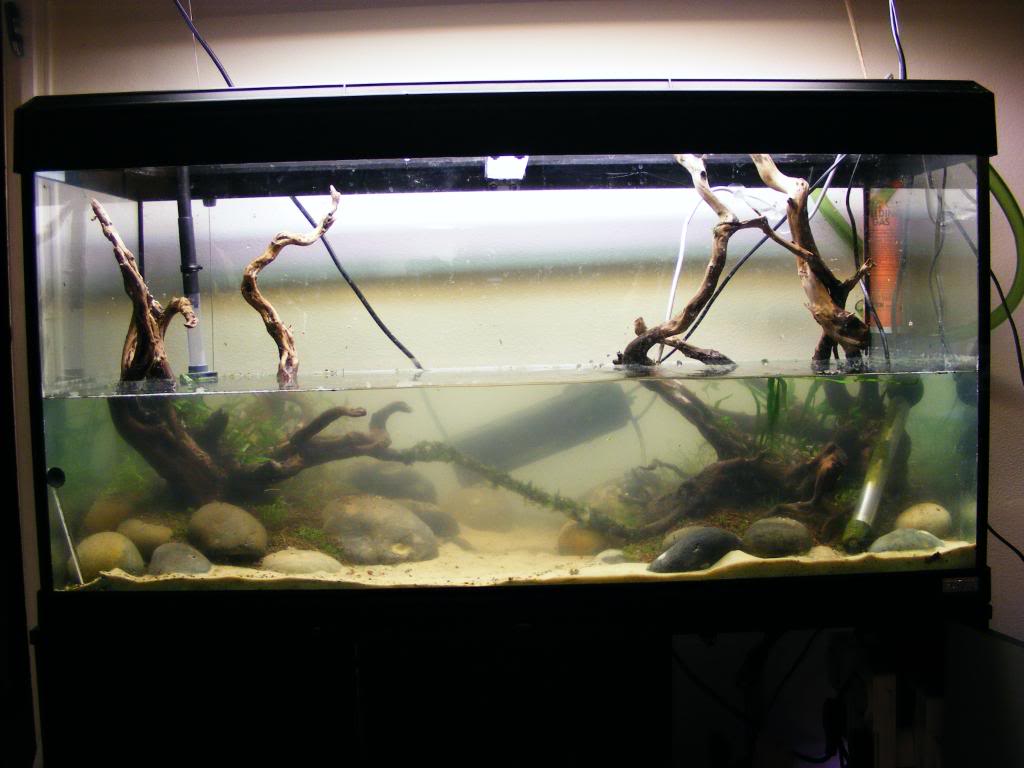 It's very cloudy as I have been kicking up dust planting, I also plan to cover all the rocks in Fissidens but I will have to wait for some more to grow before I can do that.
I have used most of it covering some rock at the back (rock that is more difficult to remove and cover as it is holding up the substrate) and the "connection" - a willow stick that I have fastened to connect the two pieces of wood and unite the scape a bit more!
I am aware it looks to "hardscape rich" but once the rocks are covered it should look a lot softer and greener than it does now!
I have glued some Narrow java fern to the wood and planted HM cuba in the subtrate around the wood (and a little bit of Pogo hel). 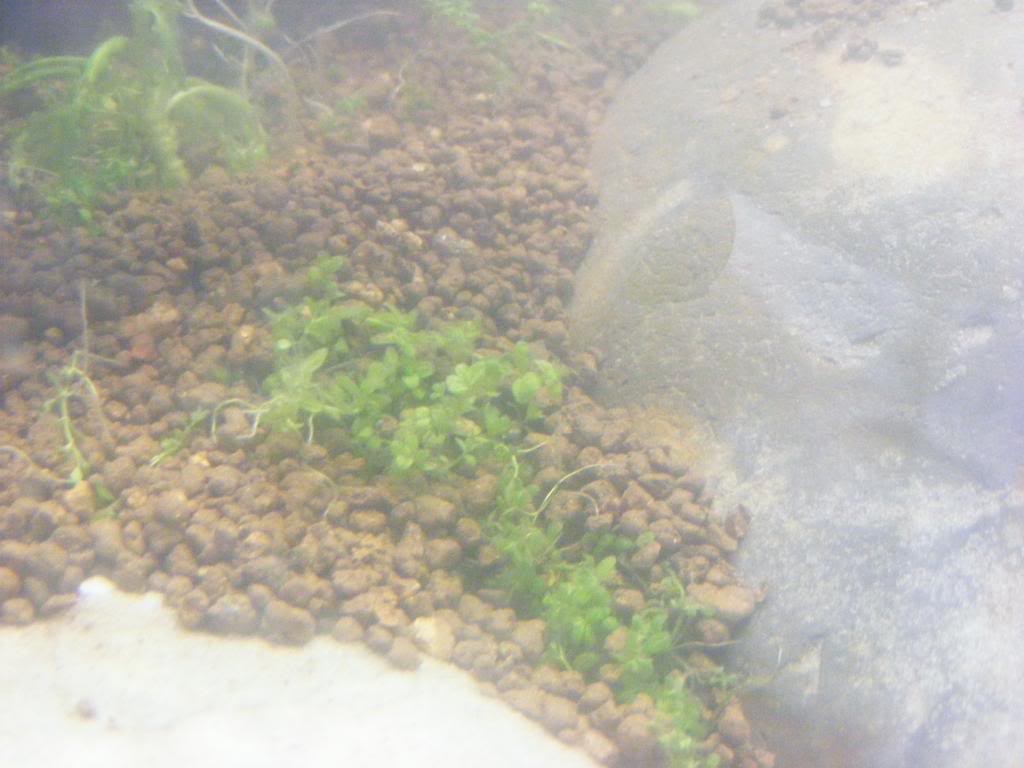 Behind the wood I have planted Green rotala, a few stems of "normal" rotala and some H. lacustris. Hopefully I have planted enough to keep algae at bay initially, I'll work more on it over the week
T

Love the wood keep us posted, should look quality.

Been working intermittently on this tank now, itâ€™s been going well and I have some nice growth but I also put a Golden nugget plec in the tank (rehomed from a friend) BIG mistake! He had a lovely time digging everything up and had no appreciation for the pain of HC planting... He wasn;t a problem in the last tank I set up, but then I had no HC in it either. He has been moved to the cory tank to wreak havoc there instead whilst I try and get things back under control.
I have introduced some fish too (the filter media and internal filter came from a mature tank so minimal cycling required) and some CRS shrimp which I love. No algae issues as yet (fingers crossed) although I think I might have to change the CO2 diffusion set up and it is gurgling through the filter and coming out in large bubbles in the tank. I have a drop checker in the opposite corner to the outflow to check CO2 and it is green/light green and working fine but CO2 wastage seems to be high.

Would I be better to have two internal CO2 diffusers instead? 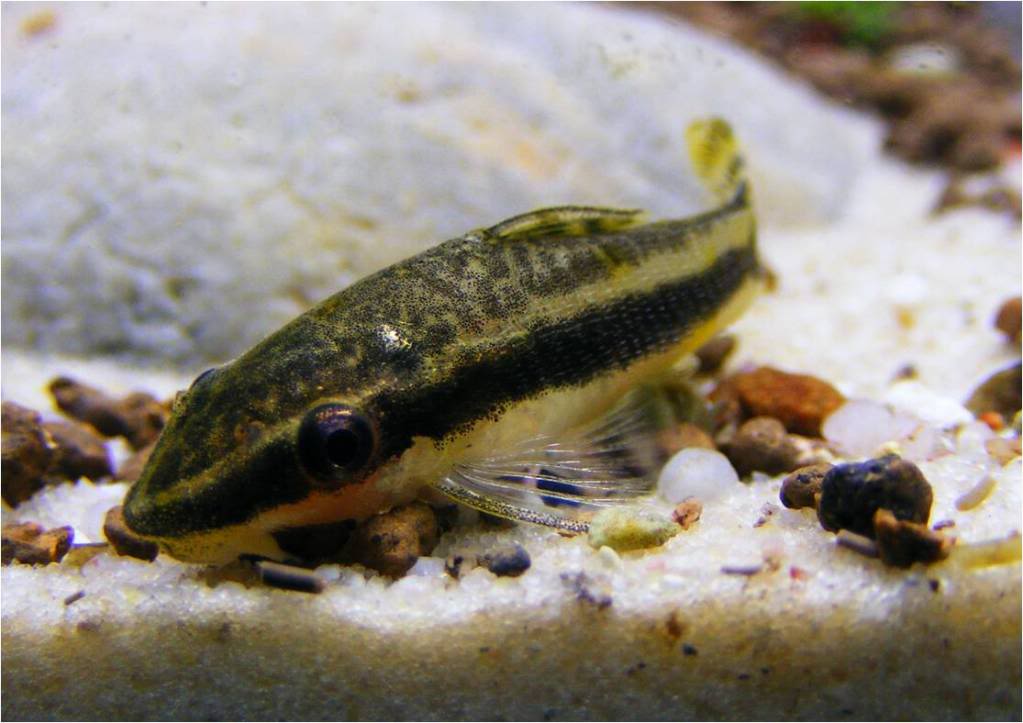 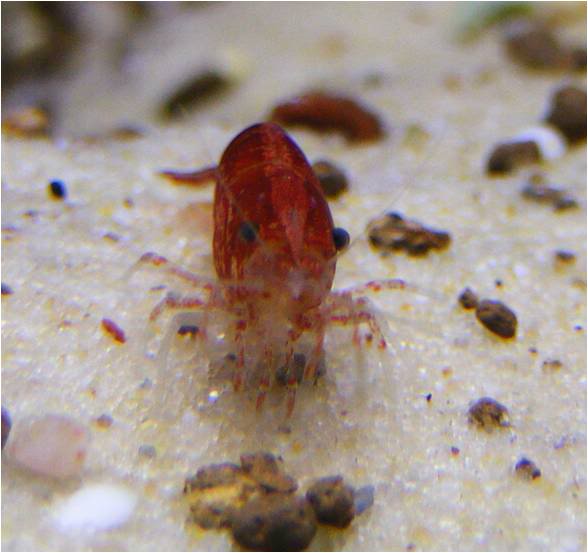 I really like this plant - it's H. lacustris, it's tips are growing a deep red. It's relatively slow growth but the dark green of it's older leaves looks great. Hopefully it will fill out. 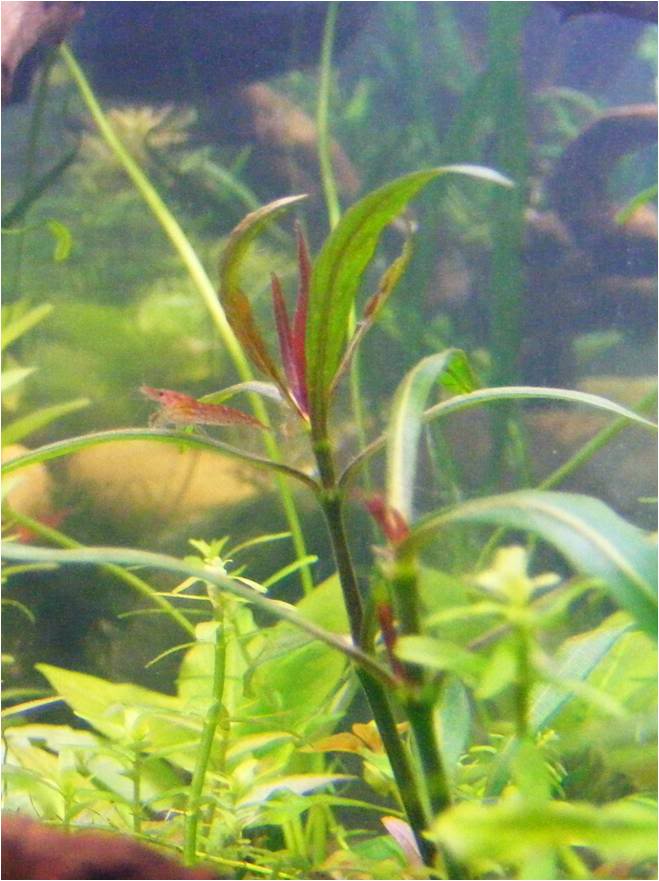 I was concerned about adding CRS to this tank what with it havin only been set up a short while, but they are doing great! 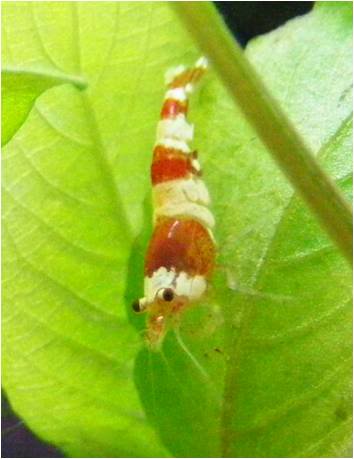 love the wood, and nice pictures
Aaron North
My Flickr Account | Equipment needed for setting up an FE | Algae & Nutrients

I'll second that - the Otto picture in particular is fantastic.

Thanks for the kind comments, I just point and shoot although I am getting more used to the manual settings, less black photos...!
The Otto was just in the right place at the right time

Still not sure whether to change my CO2 injection method though. At the moment I have an external CO2 reactor but it tends to fill about 1/4 with CO2 which then bubbles in big bubbles out through the filter outflow! I have it on the inflow pipe so it also rattles through the filter. I am considering changing it for 2 rhinox diffusers instead - what do you think? I am wondering if this would save CO2 too as I am pumping it in at a fair rate (too many bubbles per sec to count). No fish gassing though! I upped it slowly to make sure, but I think too much CO2 is exiting the tank for me to gas the fish anyway

oatfish said:
Thanks for the kind comments, I just point and shoot although I am getting more used to the manual settings, less black photos...!
Click to expand...

Excellent Steve, I'll check it out.
I am waiting for the Fissidens to grow out so I can cover all the rocks with it, it's actually growing very fast (faster than my peacock moss in the same tank) so hopefully won;t be too long, although of course I get mini landslides everytime I move a rock!
This is definately going to be a long term scape...
You must log in or register to reply here.
Share:
Facebook Twitter Reddit Pinterest Tumblr WhatsApp Email Share Link