So, it's no secret that I've been wanting to set up a Sri Lanka biotope for ages. Just because I like the idea of creating something as natural as possible, because Crypts are my favourite plant (they come from Sri Lanka), because Cherry Barbs look like cool fish and because the lack of biotope entries in the AGA each year has inspired me.

I did go through a phase or maybe setting up a Gourami biotope instead, but a poll sorted that out. 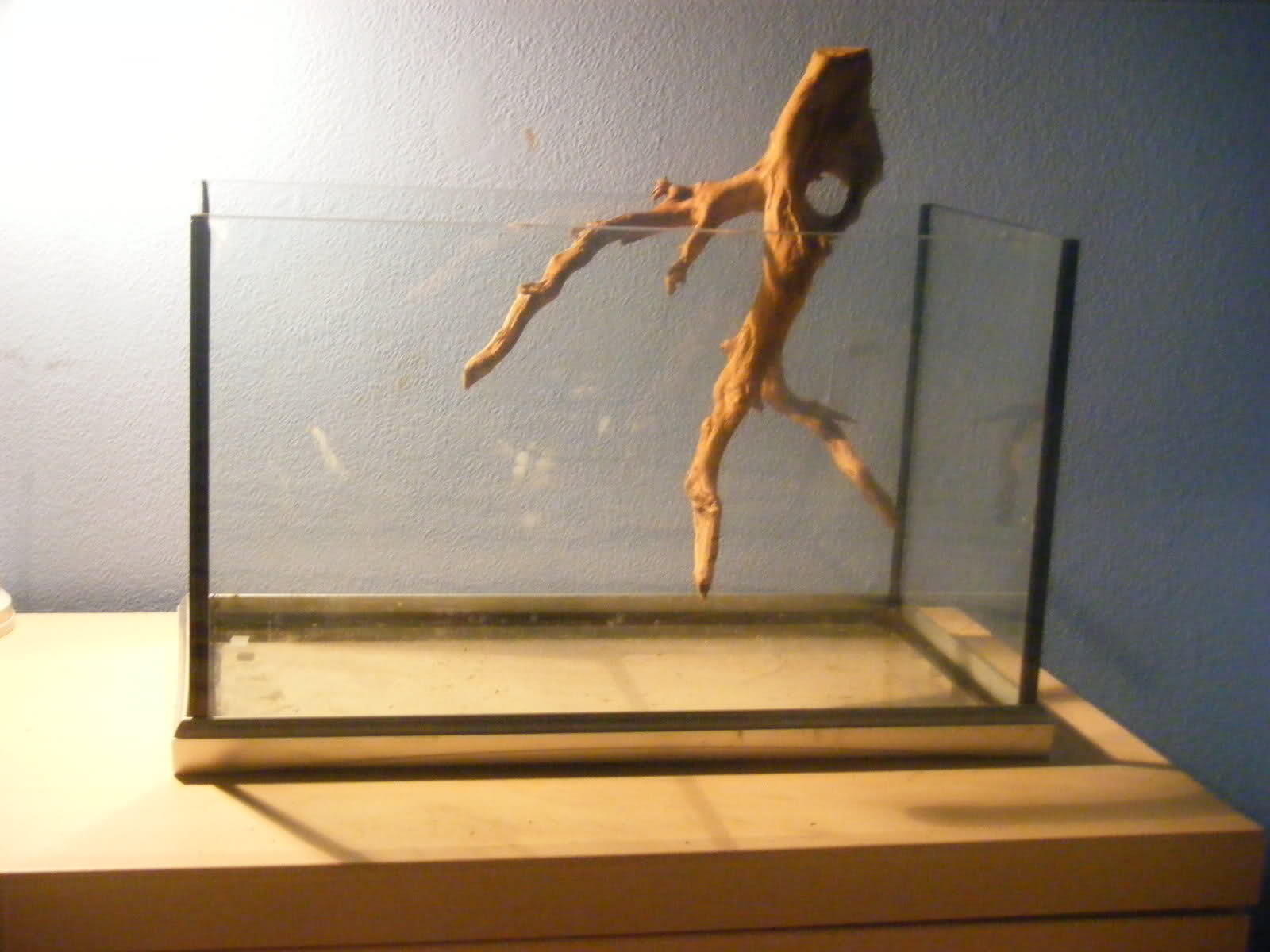 I'm planning to leave it open-top. I think it will look more natural - like the roots of a tree on the river side, and also when the Crypts mature it will look even more awesome when they start to grow emmersed.

As far as planting goes, mostly Crypts. I might get some Aponogeton Crispus aswell because this also comes from Sri Lanka. I might also moss up the wood. I know moss isn't from Sri Lanka...but yeah.

For the livestock, Cherry Barbs. Probably two males and four females but I'll cross that road when I come to it. I might also add some Cherry Shrimp (yes, not from Sri Lanka I know but they carry on the 'cherry' theme

Lighting will be around 1.5wpg which I think is plenty. TPN+ and Flourish Excel as usual. I'll probably use Tropica Plant Substrate but not sure on that as of yet.

I'm also considering having a mixed-grade foreground of sand and graded gravel, similar to Saintly's ''opti-white take 2'', but still not 100% on this either.

So yeah, that's the plan. This journal will be a bit dead for a couple of months because I won't be setting this up until after Christmas, but boredom leads to the posting of premature journals.

cooloio. go with the mixed foreground. it'll give it another dimension. go the ADA AS route. you regret it.

I'm looking forward to this scape. I love the Idea of the roots coming down, very orginal idea, Ive neever seen it anyway how is the wood floating... i dont see stings

Vito said:
I'm looking forward to this scape. I love the Idea of the roots coming down, very orginal idea, Ive neever seen it anyway how is the wood floating... i dont see stings

Sorry I didn't make that clear. The wood has a nice 'nook' in it which allows it to rest over the top of the glass. It's more secure than I could have hoped actually.

Thanks Mark, and Vito.

If you're going strictly 'Sri Lanka' then be careful which crypts you choose. Different types come from different areas of Asia and some even from Africa!!!

^ Thanks for the advice! The only one's I've seen come from Sri Lanka, but they're the ones I'll be using because they are really the only ones I can get hold of.

I don't think the crypts will grow emmersed, unless they are emmersed - not in the way that a stem plant like a rotala will grow from the base of the tank, and then break the surface and continue growing above the surface, showing emmersed growth above the water surface.

To get your crypts emmersed you'd either have to have your substrate reaching the water surface (or very close to it) at the back of the tank, or maybe you could find a way to conceal a planter behind your wood, very near to, or at, the water surface?

Sounds nice anyway. Let us know when you're ready to set it up and I'll see what crypts I've got at the time.

^ Thanks Mark, I didn't kjnow that. It's an interesting idea to have something hidden at the surface underneath the wood to grow slightly emmersed Crypts, I'll have a poke around when the tank is set up and see what happens.


vauxhallmark said:
Sounds nice anyway. Let us know when you're ready to set it up and I'll see what crypts I've got at the time.
Click to expand...

Have you read this article?

SteveUK said:
Have you read this article?

Thanks Steve, yeah I've seen the article, the AGA entry and the journal.