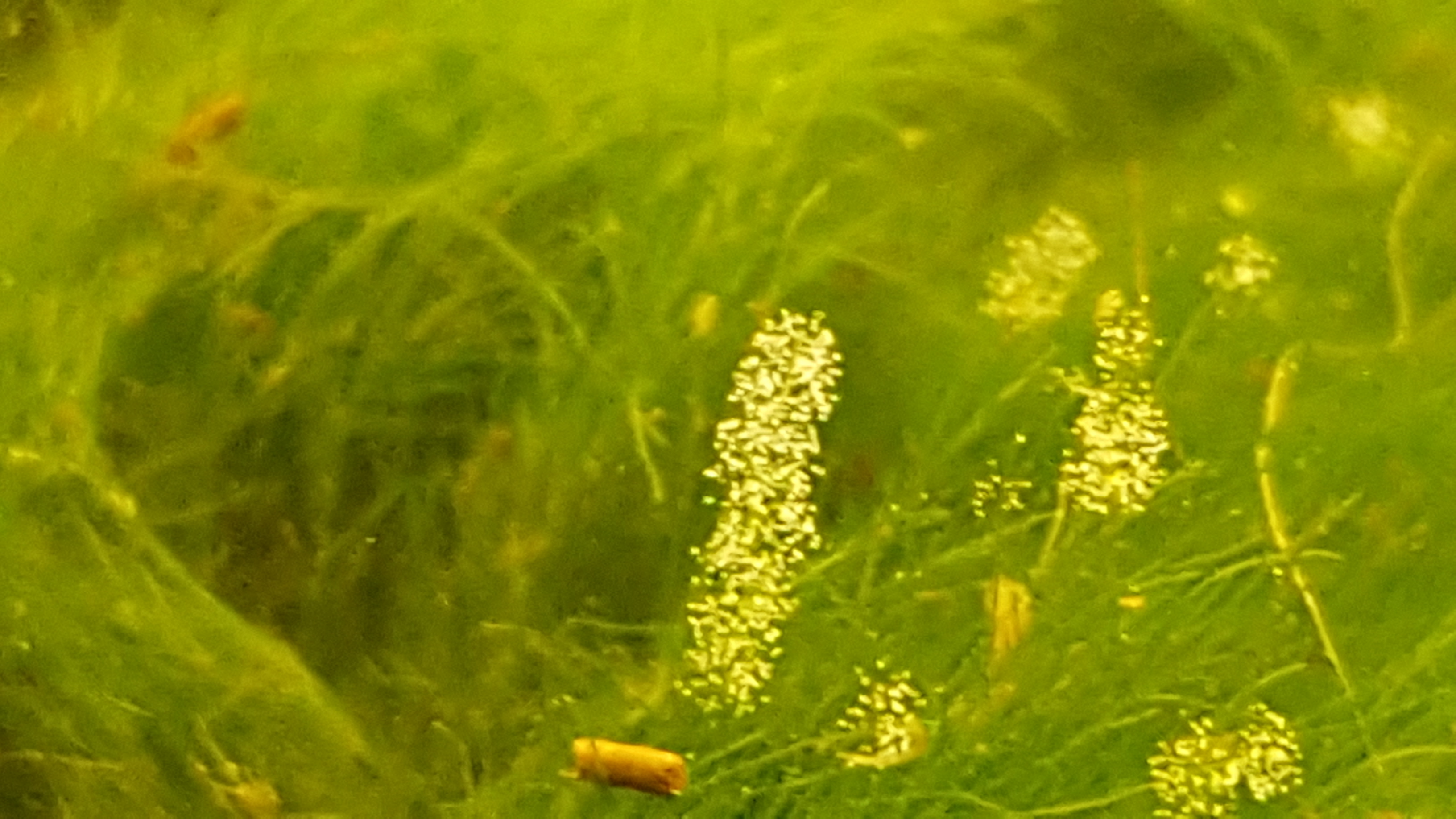 Could some one please identify the strange stuff on my moss

My bet is on a colonial protist, something like Stentor or Vorticella. They occur in many of my livefood cultures but they MAY be harmful to shrimp. The quote below is from a database of shrimp diseases that can be read at https://www.shrimpcorner.co.uk/blog/post/18-common-freshwater-shrimp-disease-treatments
"I'd like to start this database off with the not so uncommon Vorticella parasite which looks like White fungus or mould growth on the shell of the shrimp, normally on the tip of the shrimp nose.
Vorticella is actually a protozoa of 16 known species, not a fungus at all. Vorticella are aquatic organisms, most commonly found in freshwater habitats. They attach themselves to plant detritus, rocks, algae, or animals (particularly crustaceans).
Vorticella are heterotrophic organisms. They prey on bacteria. Vorticella use their cilia to create a current of water (vortex) to direct food towards its mouth.
Typically, Vorticella reproduce via binary fission. The new organism splits from the parent and swims until it can find something on which to anchor itself.
If left untreated, vorticella have been known to cause the death of the shrimp it was attached to"
This image shows an affected shrimp. 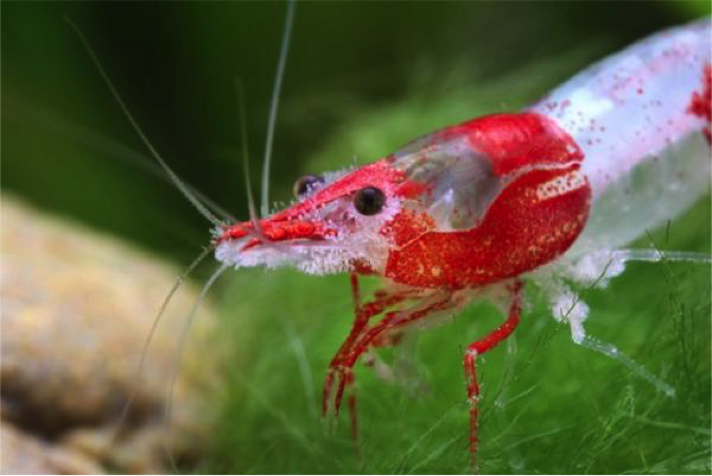 This is not my picture but it shows a colony of Vorticella in an aquarium for comparison. The page it's from is worth a look if you're interested in finding out more. https://theislandpond.com/2015/09/14/desk-aquarium/ 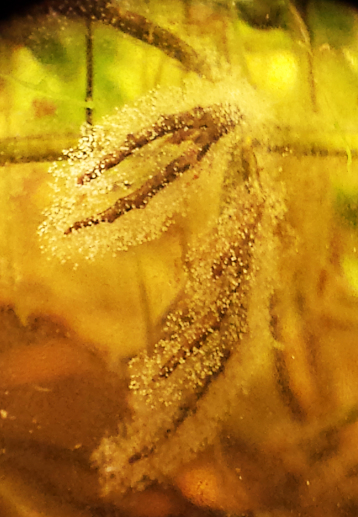 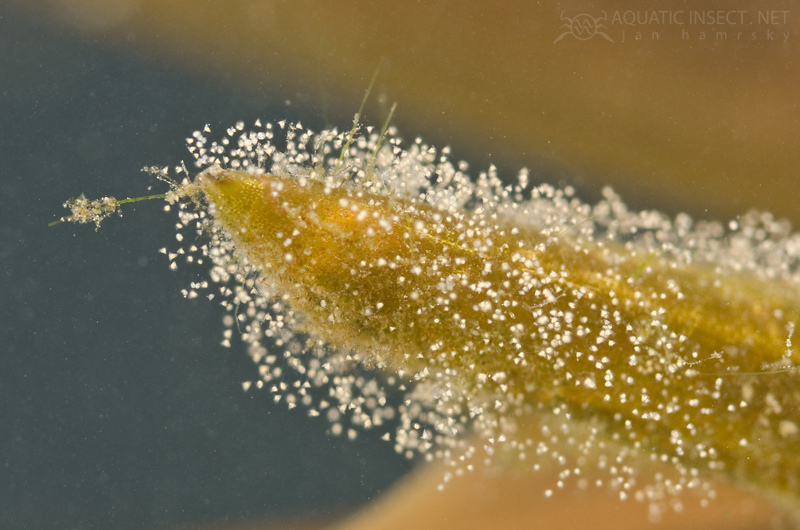 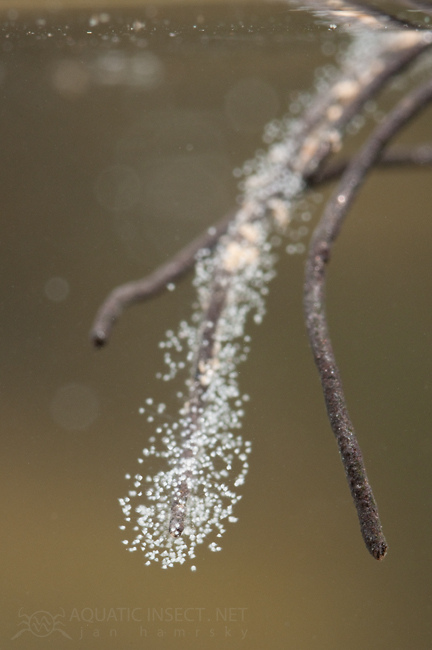 Here's a couple of good links on Vorticella and the risk they might pose to your shrimp:
Vorticella: http://www.microscopy-uk.org.uk/mag...copy-uk.org.uk/mag/artjun03/wdvorticella.html
Risk to crustaceans, page 25, under heading 'Vorticella': https://books.google.co.uk/books?id=Tao80LKoAlkC&pg=PA25&lpg=PA25&dq=vorticella+crustaceans&source=bl&ots=q2j4WGJD7Q&sig=Ec0oTkwfz3KRFR-QLBA5rfjh5J0&hl=en&sa=X&ved=0ahUKEwjShYnM8pLSAhVG7BQKHRSWC9wQ6AEIWjAJ#v=onepage&q=vorticella%20crustaceans&f=false:

The image is so out of focus that I didn't want to comment, but just in case OP is now panicking about the safety of any shrimp they keep, I'd like to say it could just be pond snail eggs if it looks jelly-like: 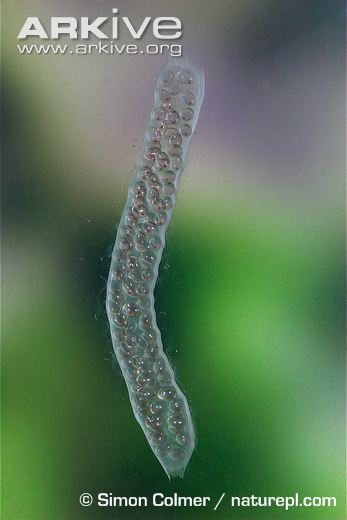 Having said that, pond snails eggs can be infected by protists too, so it could be both, as in the image below: 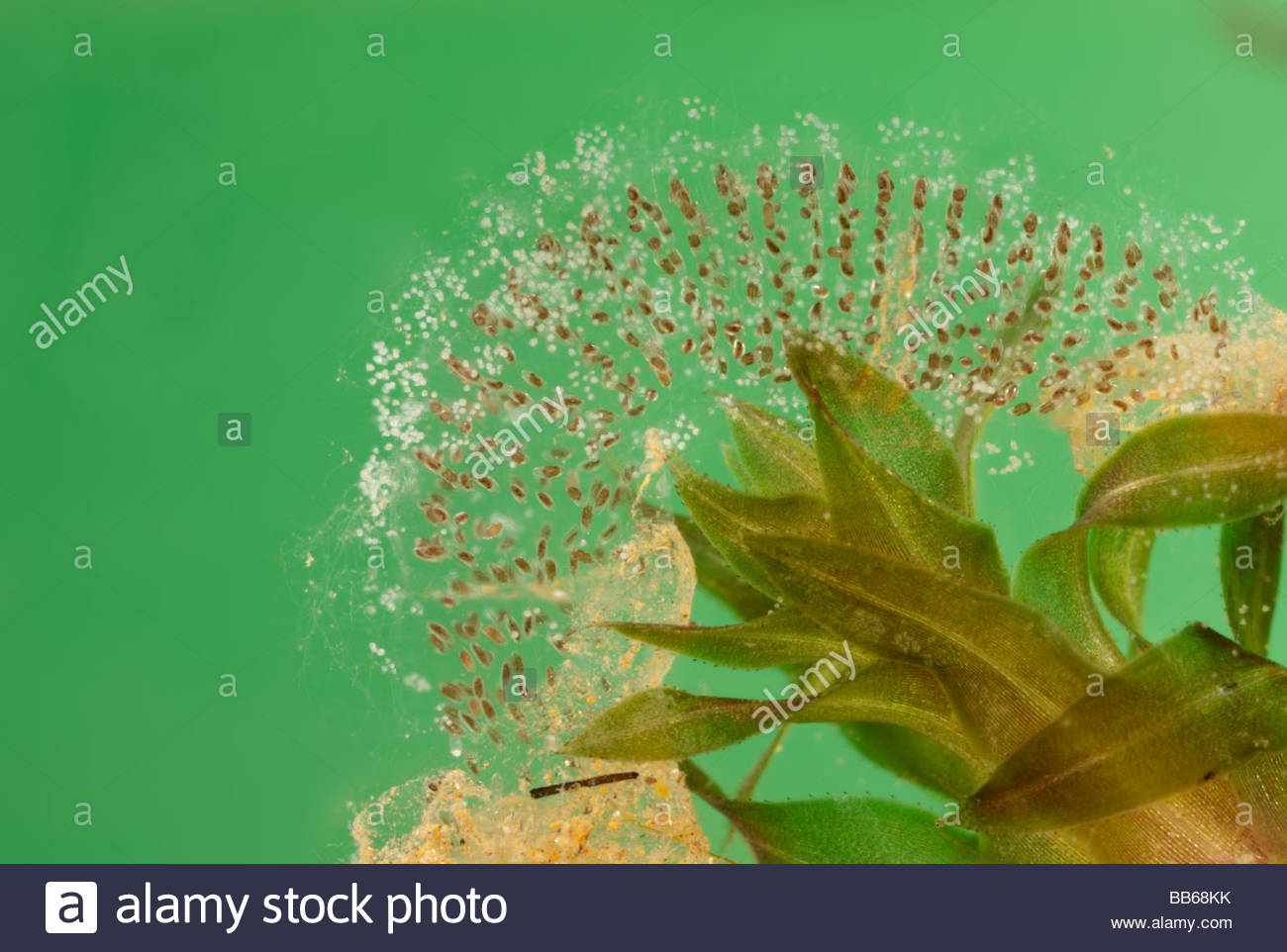 you're not wrong, and the picture doesn't really make for an easy positive ID, the only reason I say vorticella with such confidence is that I've spent a fair bit of time examining them closely recently and what's depicted in the OP appears exactly as they do in my daphnia and moina cultures just slightly blurred.
If paulsballs returns I do agree there's no need to panick about shrimp, I MUST have been introducing these to my shrimp tank along with daphnia for quite a while and none of them seem to be afflicted. You wouldn't expect Vorticella to thrive in most aquariums, I think there'd need to be underlying problems for it to become a serious issue for shrimp and they can be fairly easily cured with minimal risk too.
You must log in or register to reply here.
Similar threads