I went away for a week and left my housemates in charge, it was fairly straight forward a measuring spoonful of EasyCarbo, a full dose of TPN+ and feed the fish. One of them did exactly that each day which would have been fine but the other one (who's on nights) thought he was dealing with the fish (but not the plants) since he did it last time so he too fed the fish... so my poor tank was double fed and probably over fed on each feed jusging byt the amount of food they got through!

Unfortunately this was probably the cause of my last 2 guppies being floaters when I got back, a bout of planaria and the huge snail population explosion

So now my inhabitants are...
4 Penguin Tetras
1 Gold Spot Dwarf Plec
About 8 Cherry Shrimp (never can count them all but I haven't seen any dead and that was how many I added)
Lots of MTS (They seem to like my liquid rock water and grow the prettiest shells)
Way too many mini ramshorn snails.

So the jungle to which I returned... 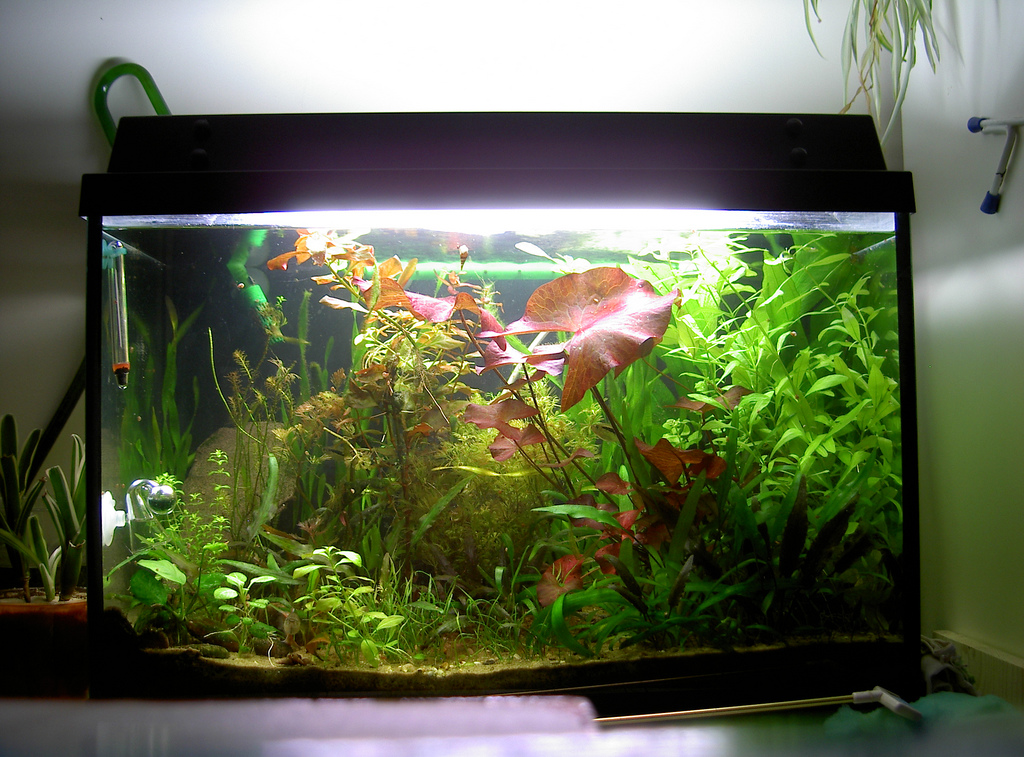 But armed with my new UKaps pruning kit 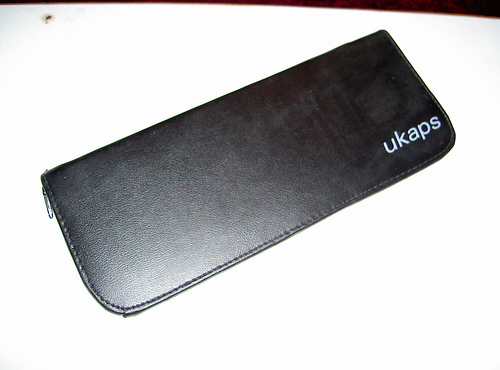 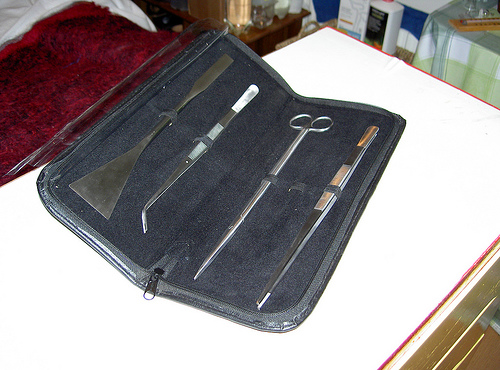 I set about taming the jungle and removing all the mini-ramshorn snails that I could... 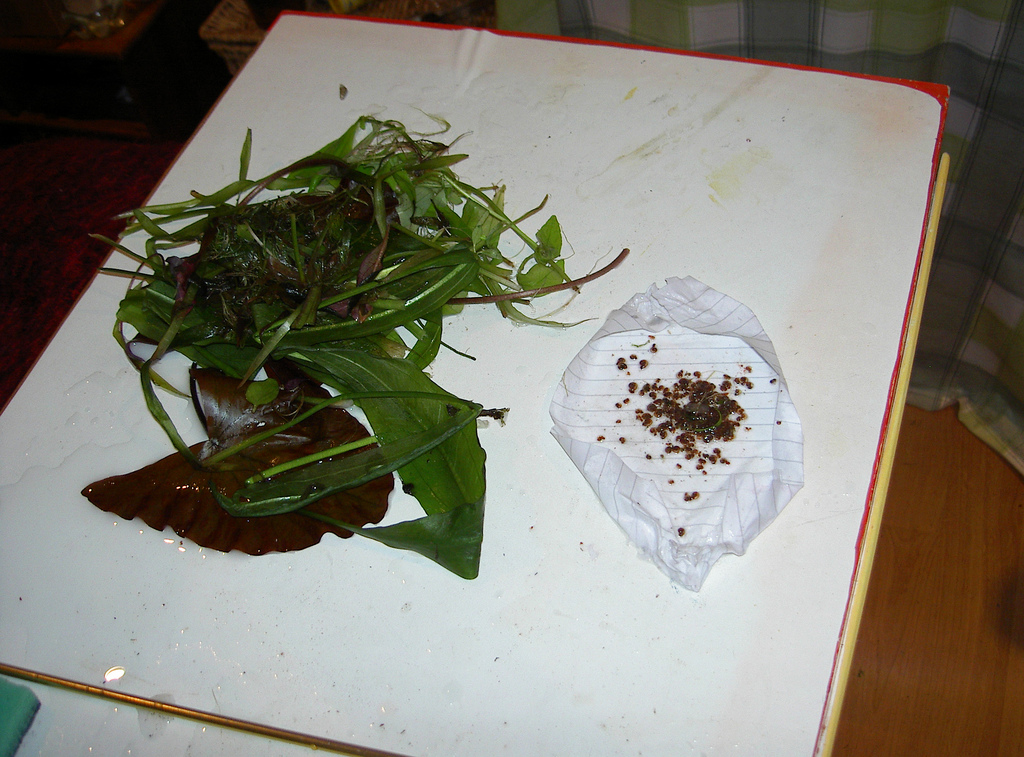 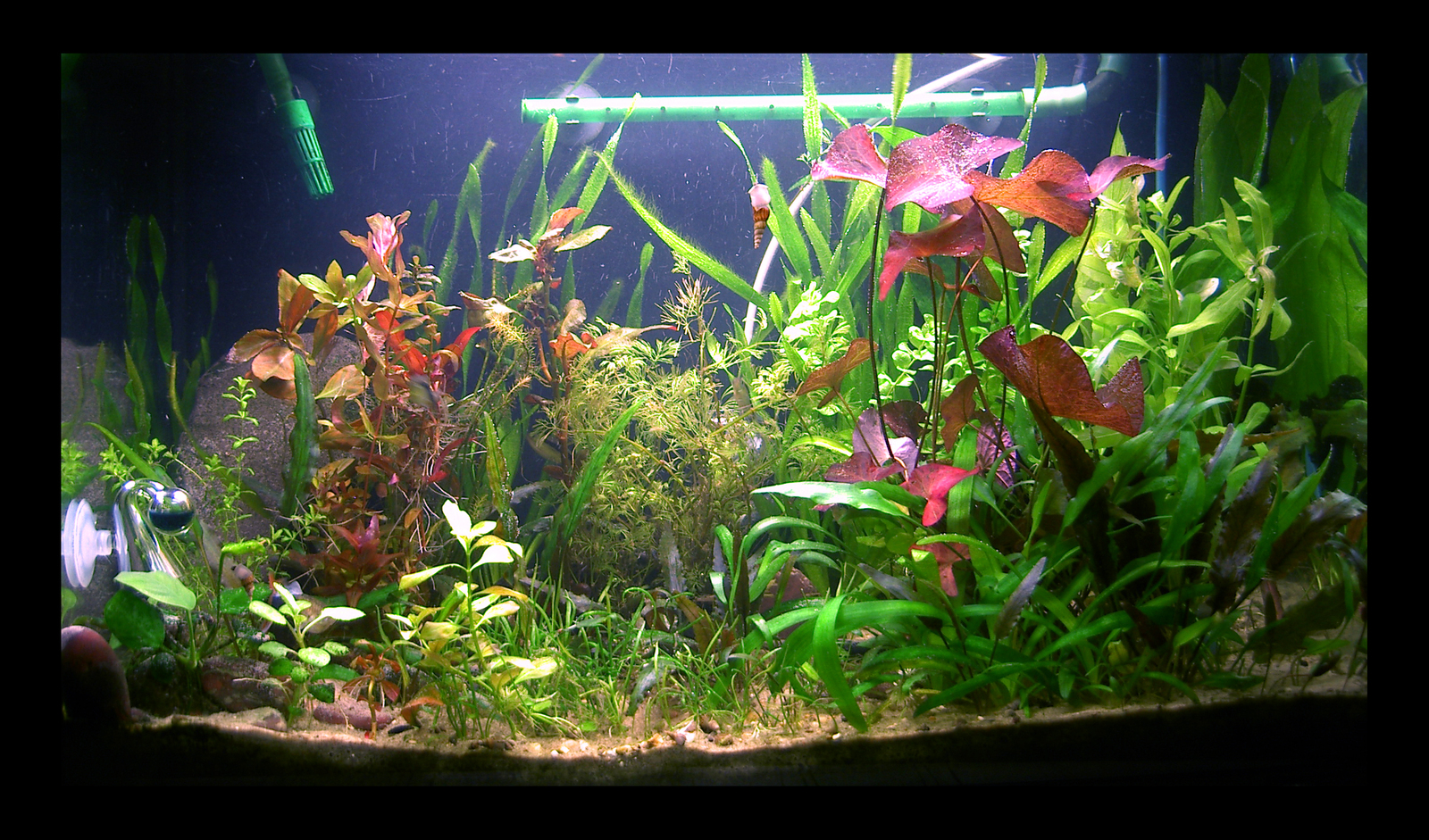 The vallis isn't happy, it keeps on losing leaves, I'm not sure if this is to do with the EasyCarbo, I've read that is doesn't get on well with it but at the moment I'm using solely it since my DIY CO2 kit has sprung a leak a couple of days ago and I haven't had a chance to fix it. Most of the Camboba is having a rough time too I'm really not sure why. The lighting should be high enough and I'm dosing about 10ml of DIY TPN+ per day, weekly large water changes.

I've also removed the moss and the moss balls, I like the balls but they made the tank seem to crowded, they just didn't fit. The moss needed re-doing and I questioned whether I really wanted it in there so I'm taking a sabbatical from it and deciding whether I want to put it back in. Both are currently in a holding 'tank' with no lights/ferts but seem to be ok.

Egmel said:
The vallis isn't happy, it keeps on losing leaves, I'm not sure if this is to do with the EasyCarbo
Click to expand...

i have vallis nana and dose excell with no probs at all.
J

I have tried several species of vallis, non have done well in my super soft water dosing with easycarbo. yet some with hard water have had no problems using it.

JOHNNY
"Science has made us gods even before we are worthy of being men." Jean Rostand

The Snails love it, so I've just ordered some nerites and apples snails

I've heard that most types of Vallis prefer herd water, it's one of the reasons I continue to grow it. It's always been one of my sturdier plants. I did have a closer look yesterday whilst doing the latest snail hunt, I think it's going to be ok, it's just not as happy as it could be.

It was one of the groups most affected by the hair algae so maybe this leaf loss is partly a result of that too. Although I cleaned off the algae I suspect that the original problem was with the vallis, I've read that it's the ammonia let off by decaying leaves that encourages the algae to form on them.

Some of my Inverts having breakfast 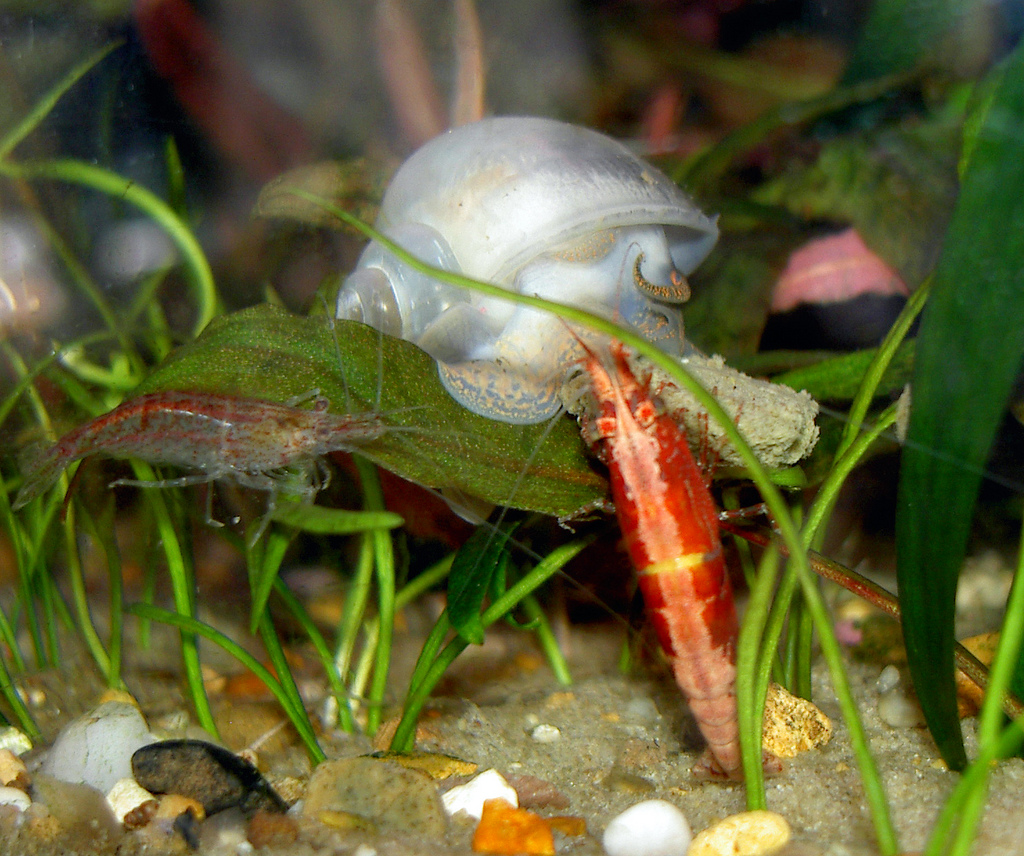 I've added recently:
5 apple snails, 2 staghorn nerites and 2 new types of trumpet snails
I'm going to take some final shots of this tank over the weekend and then it's all change. I was the lucky winner of a Juwel Rekord 120l on ebay the other day and I'm picking it up on Sunday. It's about 2/3s longer than this tank and I intend to move everything across. It comes with the juwel heater/filter combo still intact which I intend to use in combo with my Eheim 2213. I'll probably fill the internal with filter floss and use it as a water polisher and get most of the biological from my external.