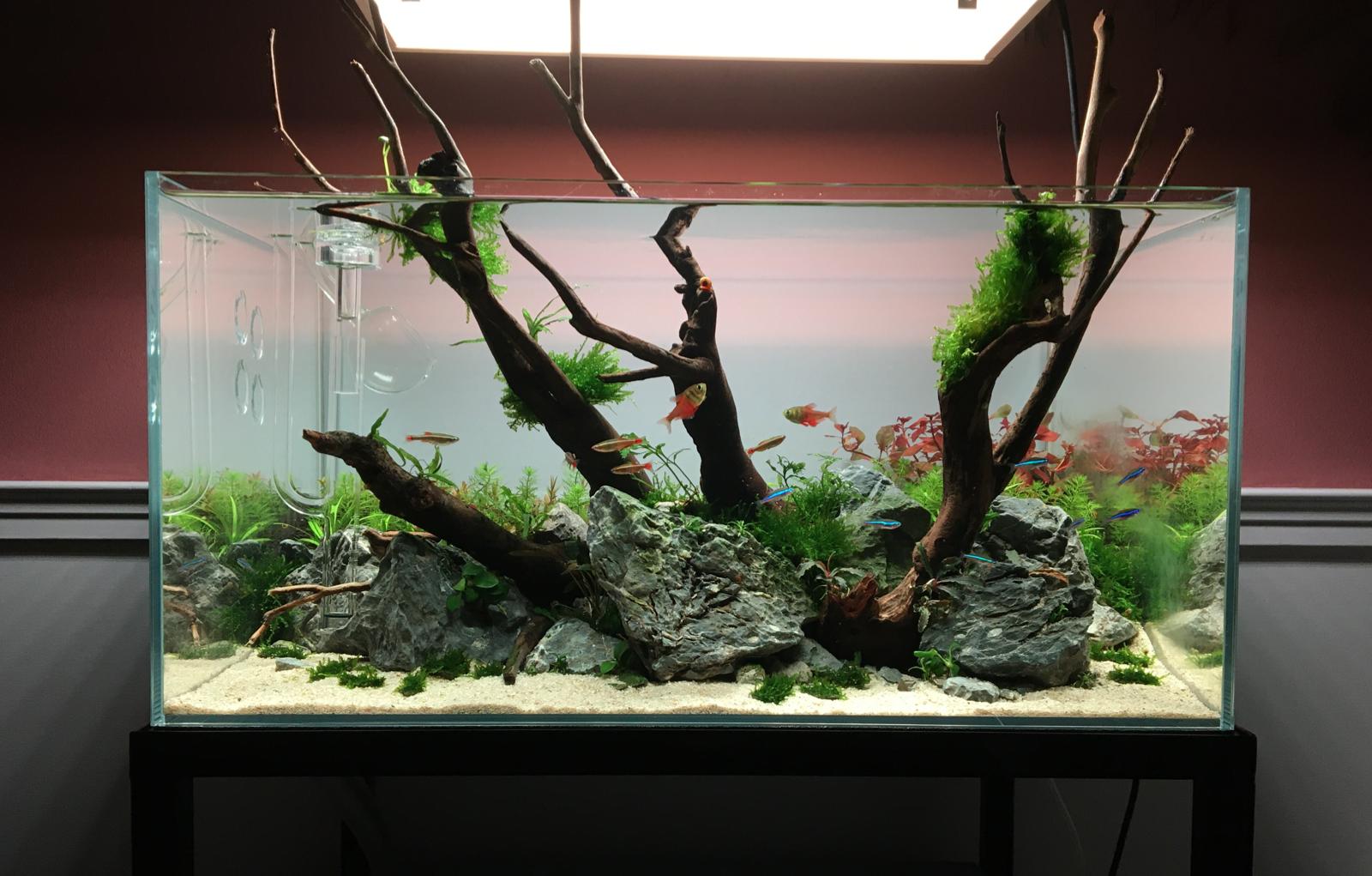 After claiming the dining room for myself for 23 hours, a few coffees and a back ache later it is finally done! I tore the old scape down and rescaped in one sitting. Reusing pretty much everything. Only a couple of plants are new.
Had an idea for what I wanted in mind but didn't try the hardscape beforehand, it was done pretty much in the moment. Quite refreshing to do it this way actually.
Note to self: if you plan to rescape soon then don't trim your plants just before you do it. When you have four types of similar looking Rotala that are freshly trimmed and not properly grown it can be hard to know what is what! 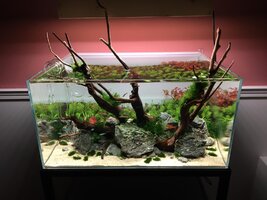 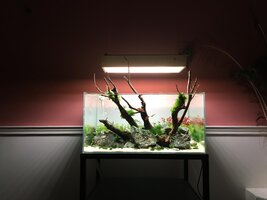 Thanks for watching.
A

Is it mostly the same pieces and plants?

alto said:
I like this scape much more than Fortitude - seems more balanced in both rock and wood and their interactions

Is it mostly the same pieces and plants?
Click to expand...

Thanks! Indeed a bit more pleasing to the eye, at least for now.

Hardscape is exactly the same. Only additions are the buces, anubias bonsai and fresh sand.

Roughly a week since being set up things are going pretty smoothly.
Some anubias leaves are melting while the plants adjust to being submersed, these have been removed.
There's some green thread algae growing from the moss but nothing that the old toothbrush won't fix. Really few long strands, easy to remove.
The Rotala H'ra is growing sideways, too much light? 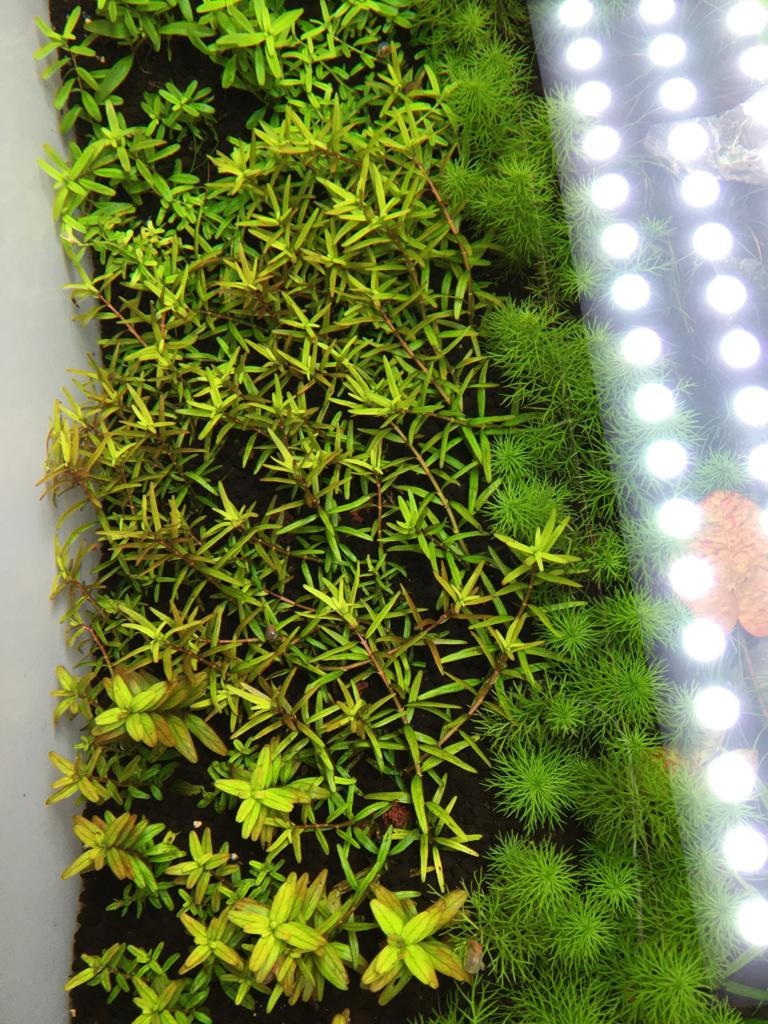 And a pic from the background plants: 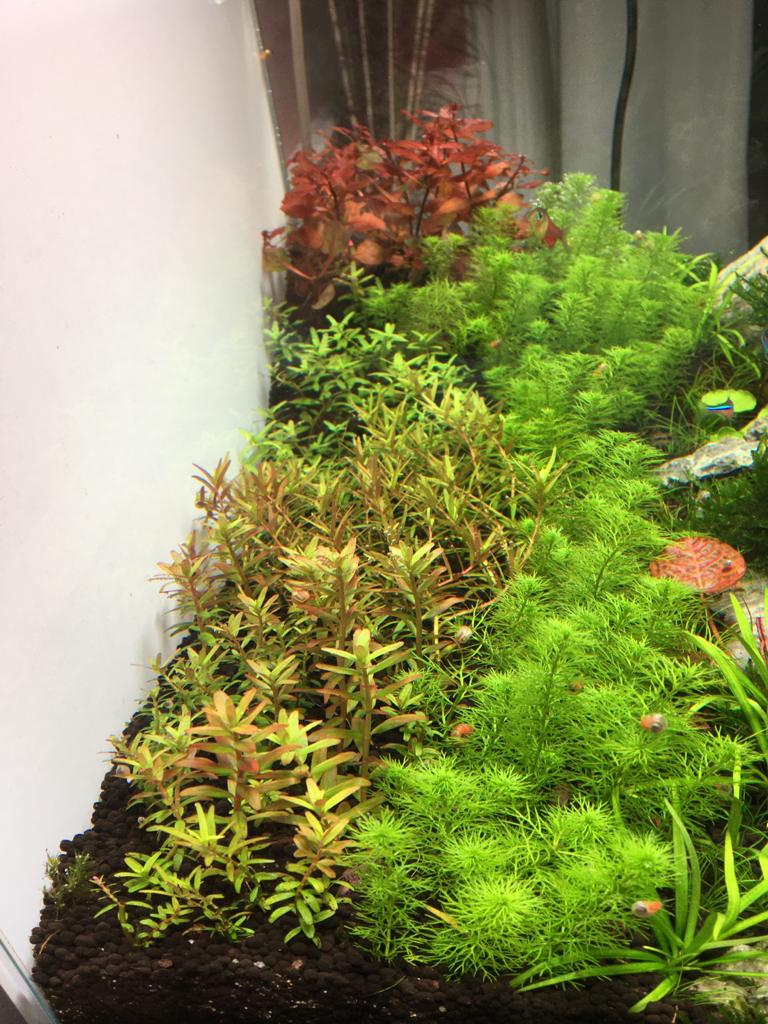 I'm doing water changes with 100% RO water and not adding calcium or magnesium since I have seiryu stone and dosing magnesium with ferts. 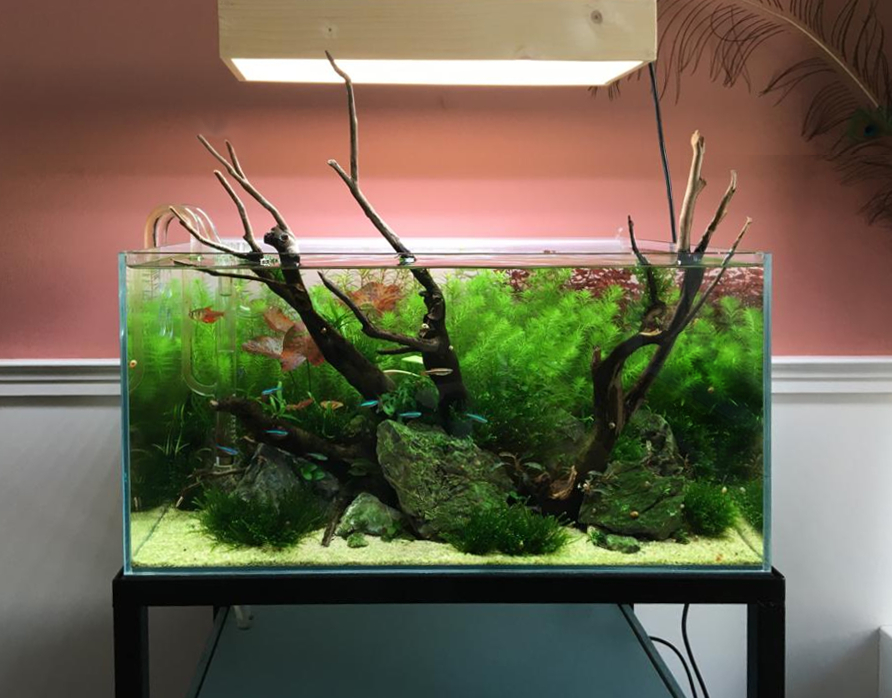 Everything is growing in nicely. I´m using a auto doser for ferts on this one so apart from the weekly maintenance and occasional feeding it really is on auto-pilot. Love it!
What shape do you think I should trim the stems to? 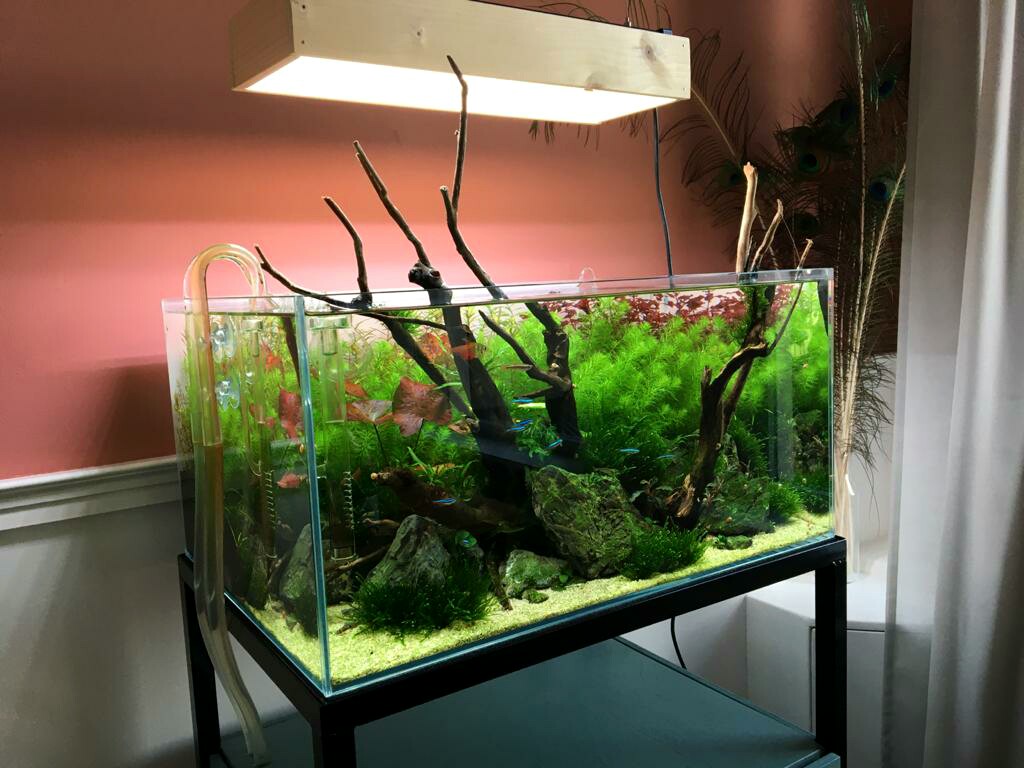 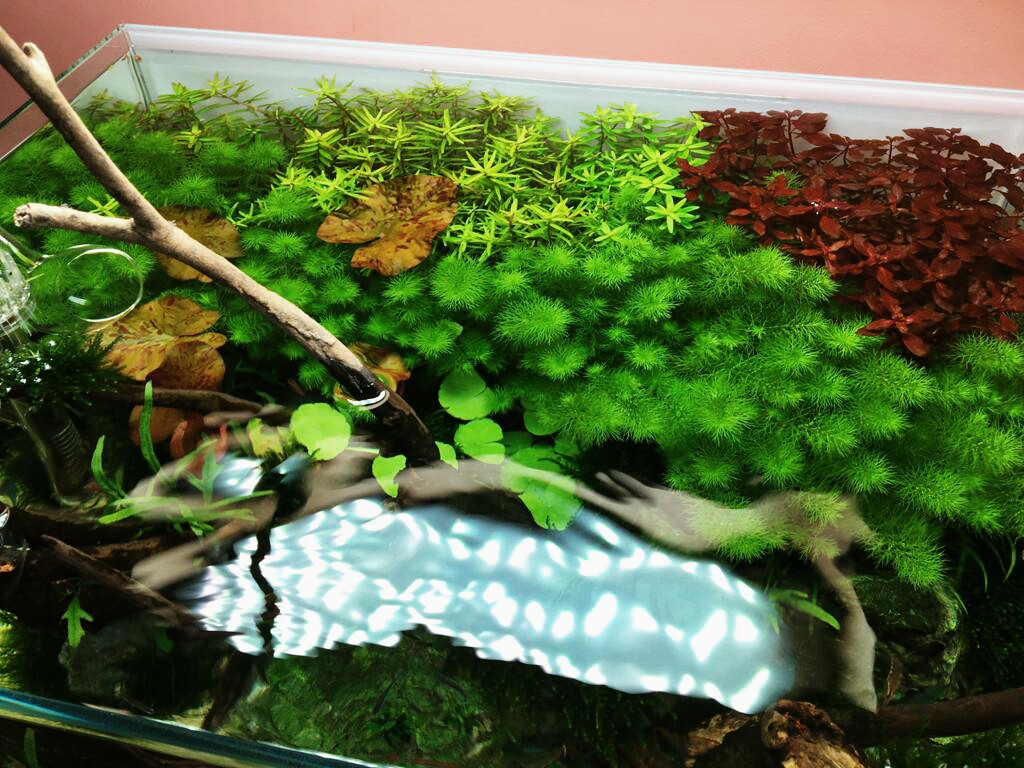 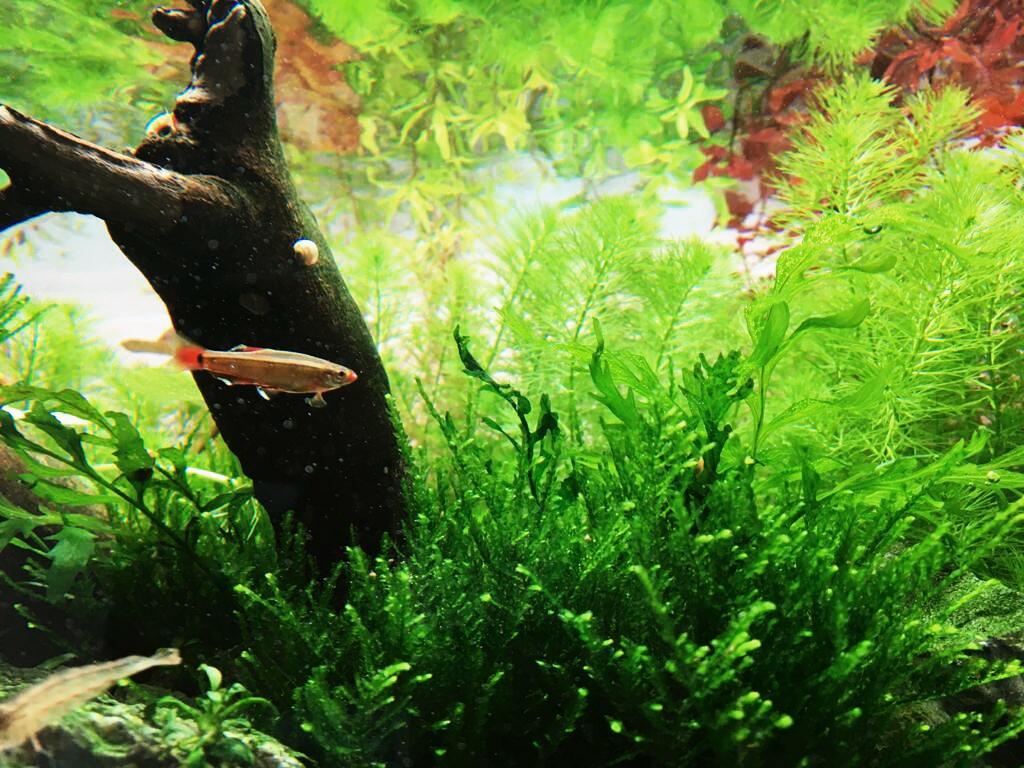 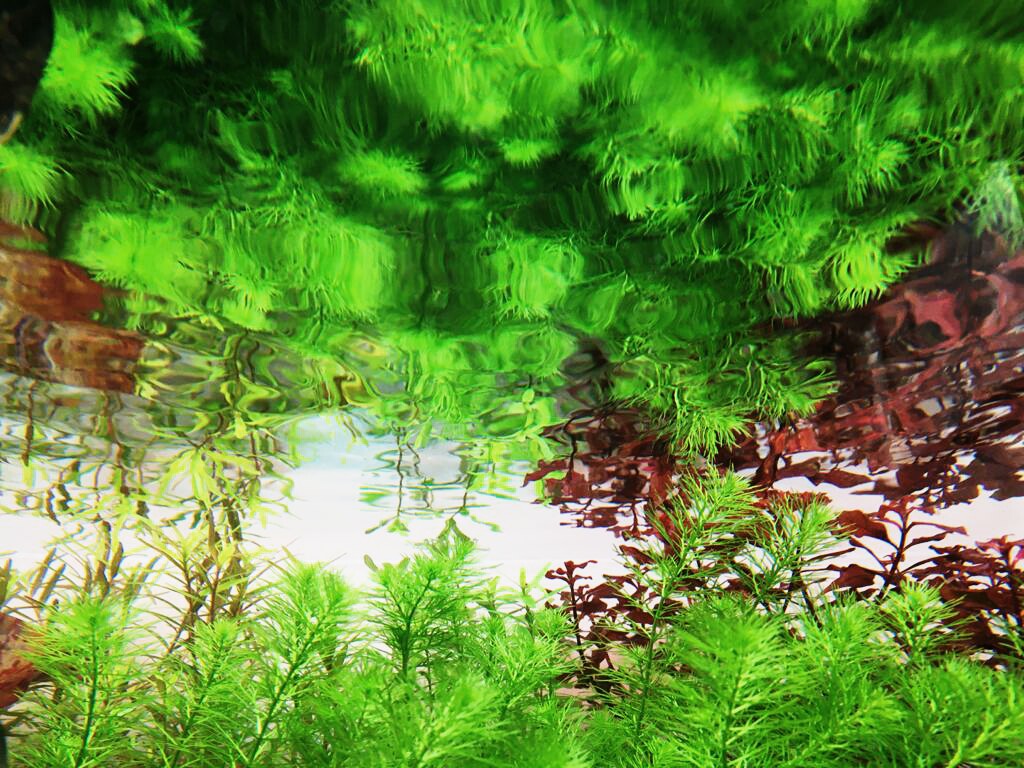 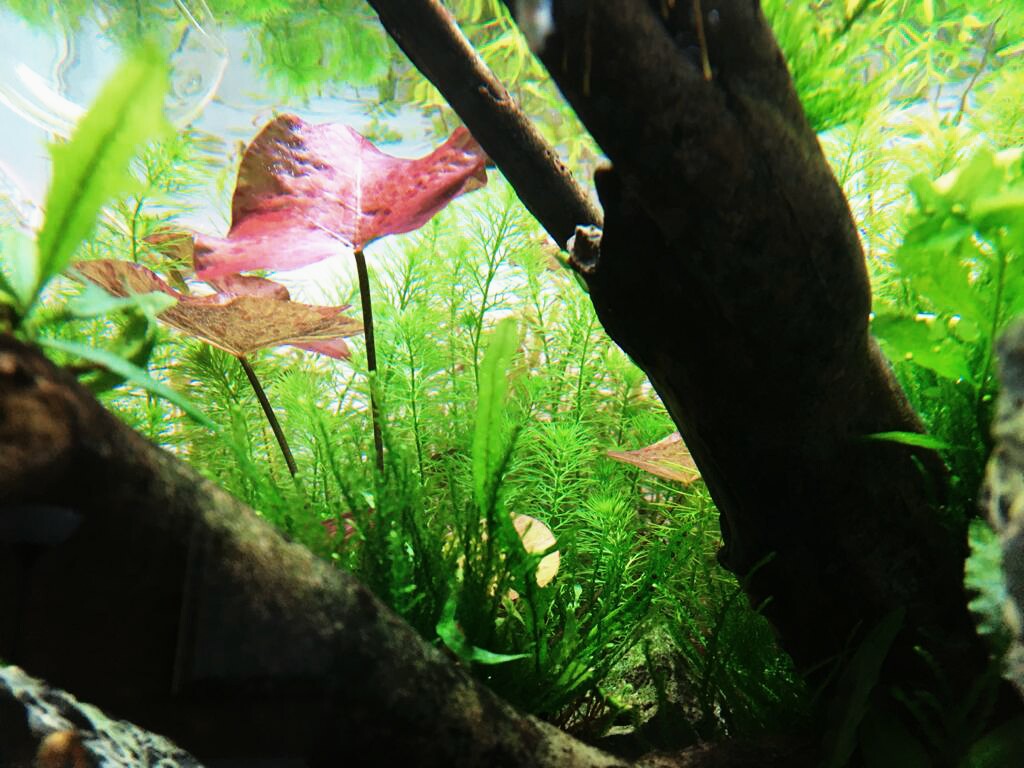 Pics are taken with my old iphone. Wish I had the time to get into photography but at the moment life is just too busy. Thanks for watching.
Last edited: 3 Apr 2021

It's been a while! The scape is roughly 4 months old now and it's been running on pure neglect from my part. Irregular ferts, very sporadic water changes, way too late trimming... let's just say life has been busy.

These pics are just after a trim so stems don't look great. However the epiphytes and moss are looking better and better. 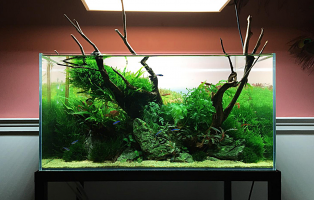 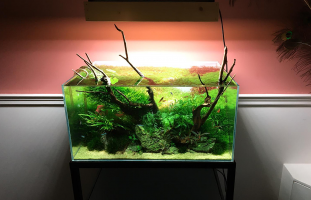 ​
At a certain point I wanted to take a nice pic but while everything was growing just fine the ludwigia on the far right corner refused to cooperate, growing stunted and with almost black new growth. Should have just replaced it with more Rotala but oh well...

If (actually when ) I get a bigger tank, I'll stick to slower growing plants even if it means no stems. Too much hassle!
Last edited: 11 Jul 2021

It's mosquito larvae season here in Holland (at least in my back garden) so my fish have been well fed lately. Particularly enjoying the yellow/greenish sheen on the sides of the White Cloud Mountain Minnows, they look like tiny trouts.

Here are some pics from today: 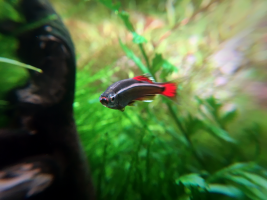 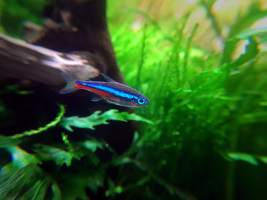 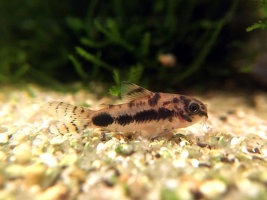 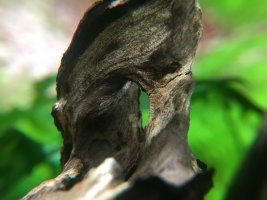 My CO2 ran out a few weeks ago and I've stopped dosing ferts because the bottle is empty. I came to the conclusion that in order to get stems to look as bushy as I'd like I'd need to increase the light levels quite a lot. Since I don't enjoy such high light levels (both aesthetically and energy-consumption wise), I'm just giving up on the bush. Maybe one day I'll replace the stems with some Echinodorus or something. For now I'll live with the leggy growth!
You must log in or register to reply here.
Similar threads