Things have been chugging along nicely for the large tank (I can't say that for the cube, but I'll leave that for another day).
I thought it would be a good idea to get some more plant mass in there, as I've had to trim the algae affected leaves.
I also wasn't happy with what was going on in the front left corner. Soil was slipping through cracks, so I haphazardly chucked in a few rocks. 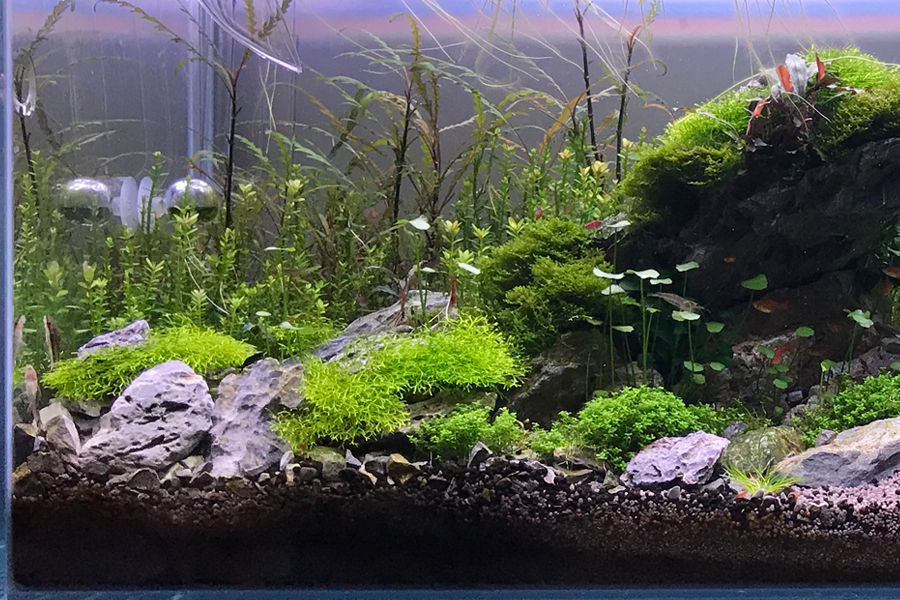 The point at which I was wondering what on earth I was doing. 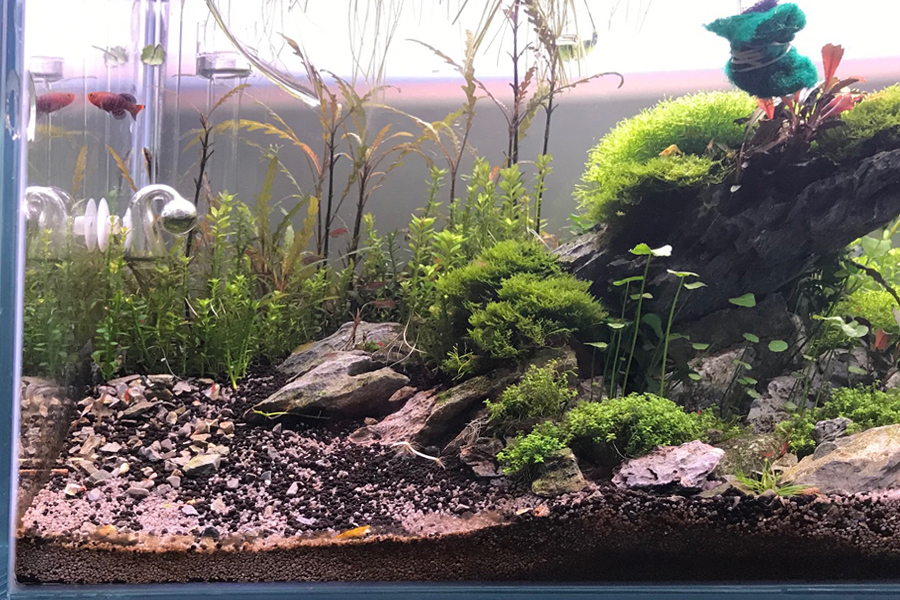 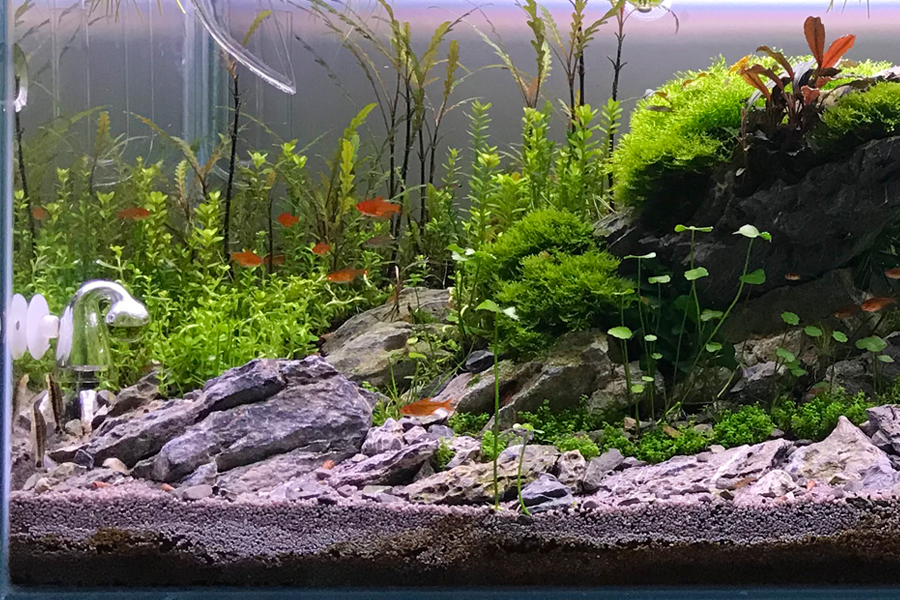 It's had some unintentional beneficial effects, more light and more flow. The right side needed a bit of attention too.
Here's a satisfying FTS before and after. It's a bit bigger than normal, to see more detail. Sorry if I'm smashing your data! 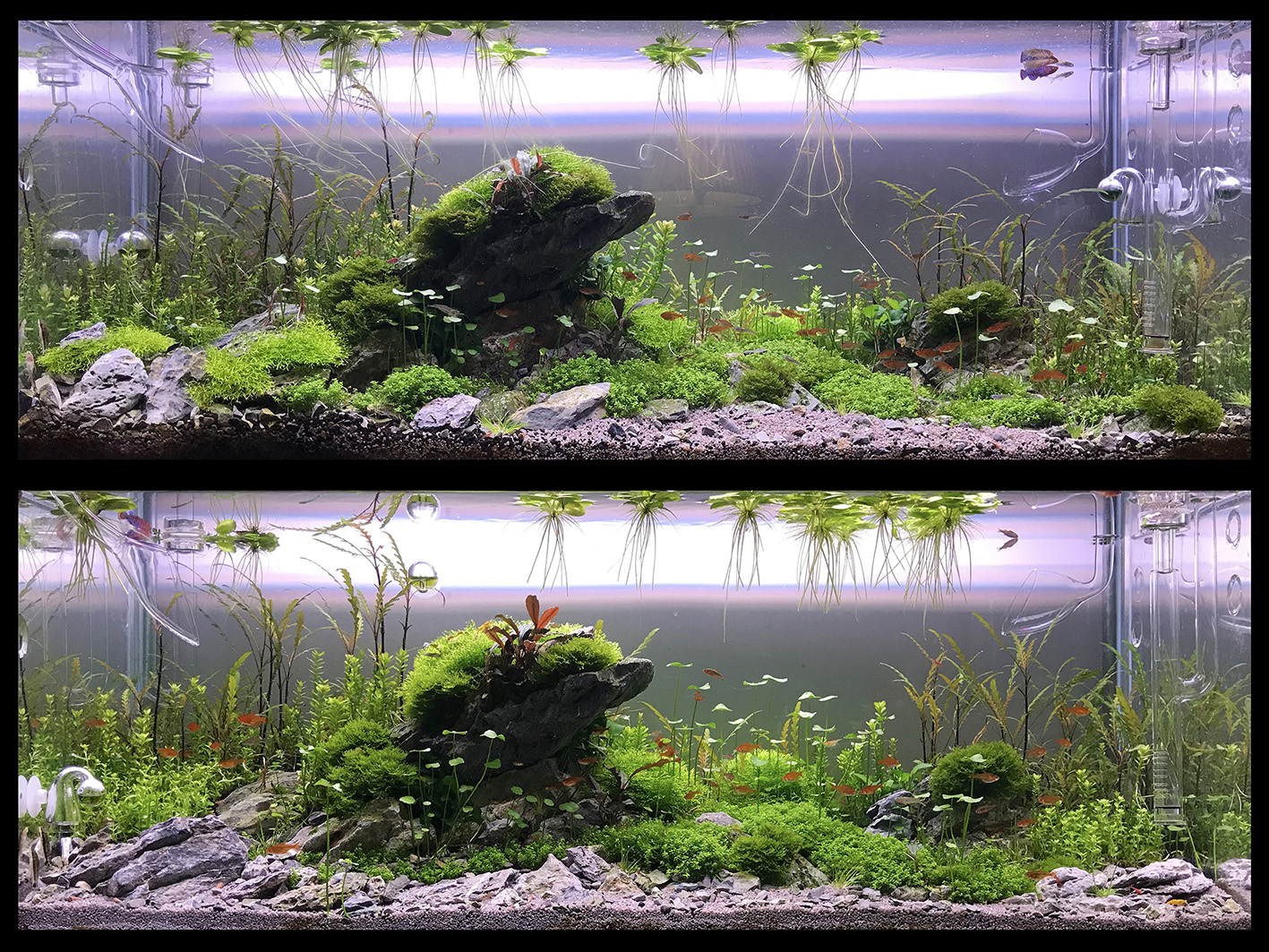 Quick update.
Things have been getting better very slowly. Still have some algae issues, but it's not coming back quite as quick.
Overall the vast majority of the plants are growing reasonably well, but I'm still struggling with the Hygro Pin. Even the Eriocaulon seems to be happy (3rd time trying too).

I also added a new rock, which is undergoing shrimp inspection! 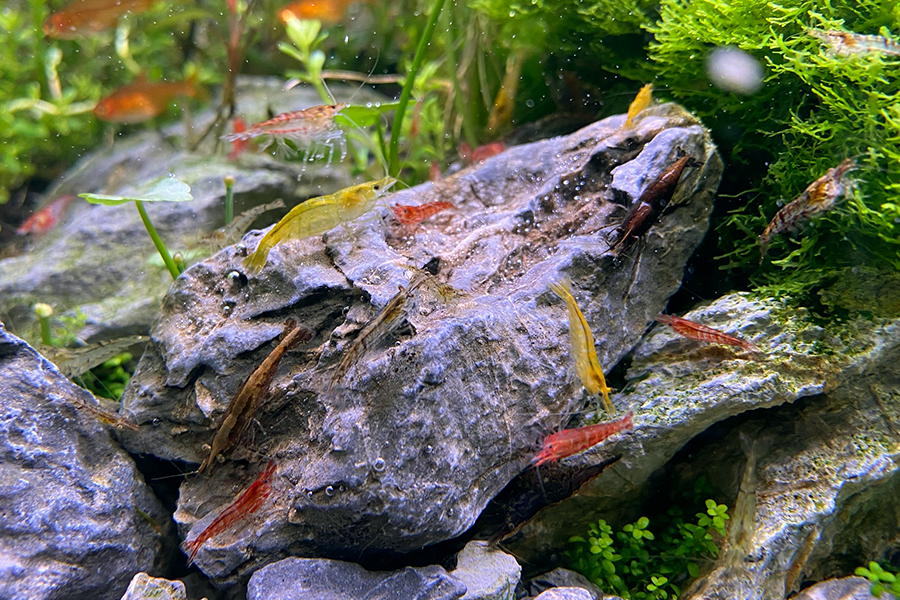 Slightly concerned with the state of my Frogbit.
Please tell me this is a fert deficiency. Since there is more growth/plant mass, should I increase the dosage?
Thanks in advance 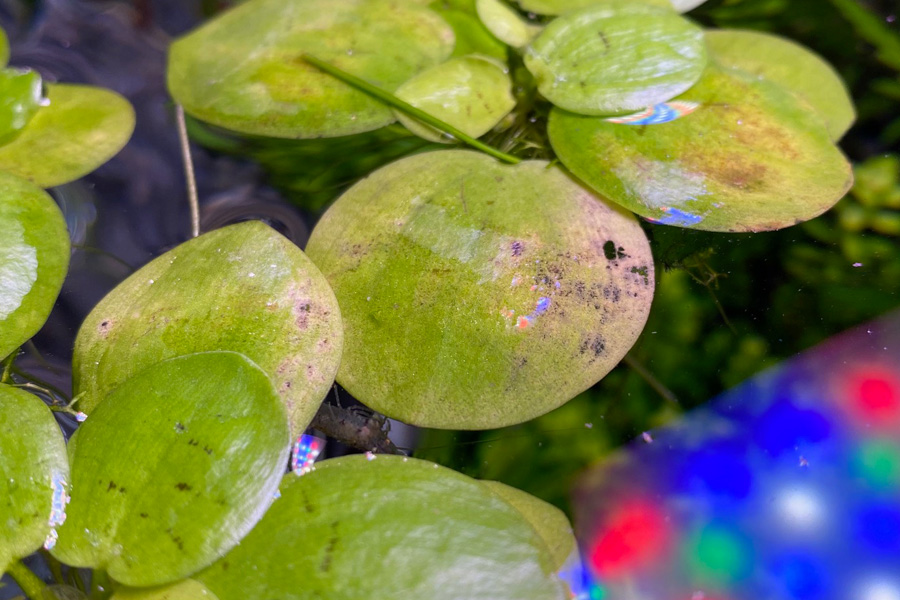 Yess more plantmass needs more ferts. Young frogbit leaves seem healthy enough, so some better growth could be the clue, so i would indfeed try some more ferts.

The Accidental Aquascaper said:
Since there is more growth/plant mass, should I increase the dosage?
Click to expand...

Yes, try a bit more. It is likely to be one (or more) out of the mobile plant nutrients N: P: K or Mg.

If they don't show a pretty quick response, in terms of greening and growth, keep an eye on the size of the new leaves. If they carry on getting smaller, it is likely to be the start of iron (Fe) or manganese (Mn) deficiency.

Not quite an update, but I’m away from home and therefore the tank, so I just had to scratch that itch and make this wabi kusa.

I anticipated that I might need to take a break from the festive fun, so I brought a few essentials with me.
All the flora is from around the property we’re staying at. A couple are from the ruins of Corfe Castle, but please don’t tell the NT

I’ve got an app to help me identify the flora, but I know you guys like a challenge! There’s 4 types in there. 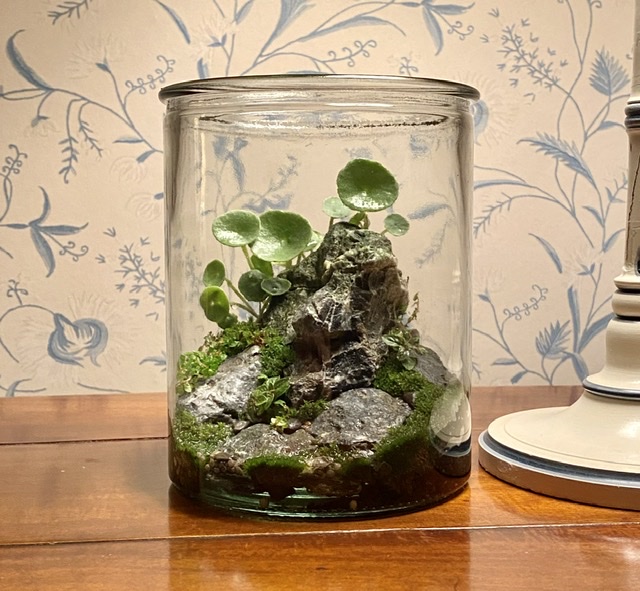 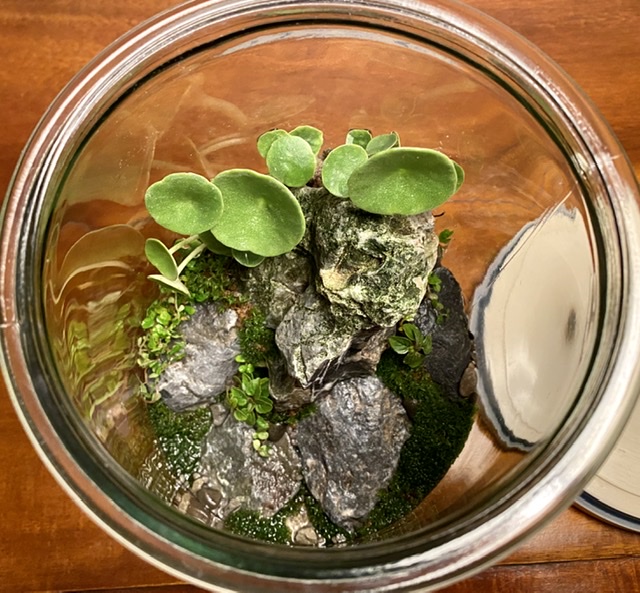 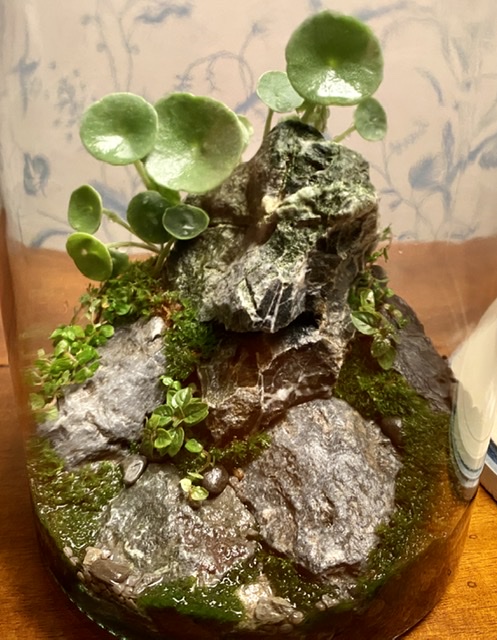 The easy one is Pennywort (Umbilicus rupestris). The smaller plant could be Marjoram (Origanum vulgare), but I wonder if it is Pellitory-of-the-Wall (Parietaria judaica)? Scent would tell you straight away.

After that I'm struggling.

The Accidental Aquascaper said:
Quick update.
Things have been getting better very slowly. Still have some algae issues, but it's not coming back quite as quick.
Overall the vast majority of the plants are growing reasonably well, but I'm still struggling with the Hygro Pin. Even the Eriocaulon seems to be happy (3rd time trying too).

Looking really good. I like the palette of delicate textures you've created with the planting, and the way you've balanced it by maintaining an exposed hardscape

Tim Harrison said:
Looking really good. I like the palette of delicate textures you've created with the planting, and the way you've balanced it by maintaining an exposed hardscape
Click to expand...

Thanks guys. Added a few more plants today. I’ll do my best to keep it going, but it’s my first attempt, so I’ve no idea how to maintain this thing. If all goes well I’ll post it’s progress.

Back from Dorset and I'm already seeing some growth in the Wabi Kusa.
It's in my Ikea grow light for herbs (thanks father christmas) at the moment, but I'll probably get it a small light of it's own.
Anyone have some suggestions for a small clip-on light? 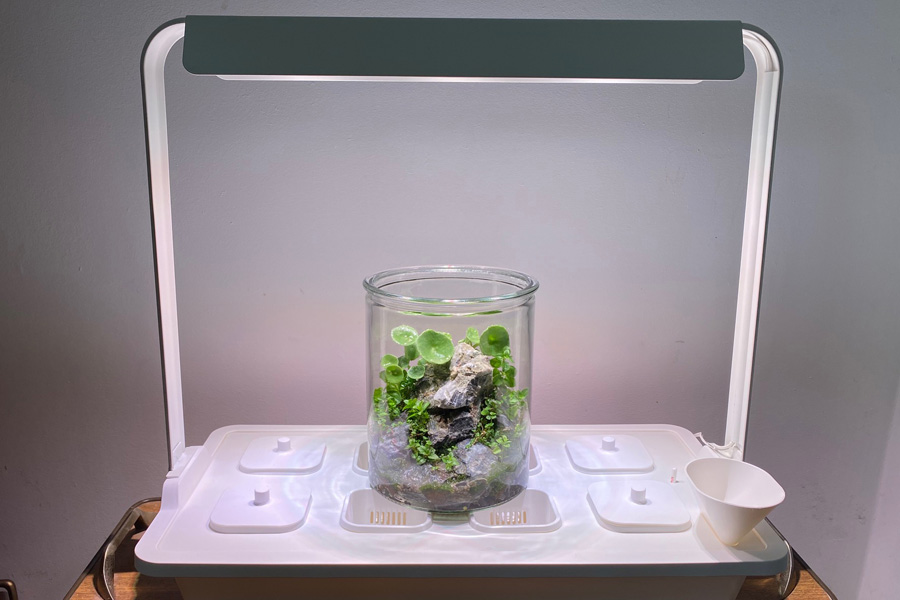 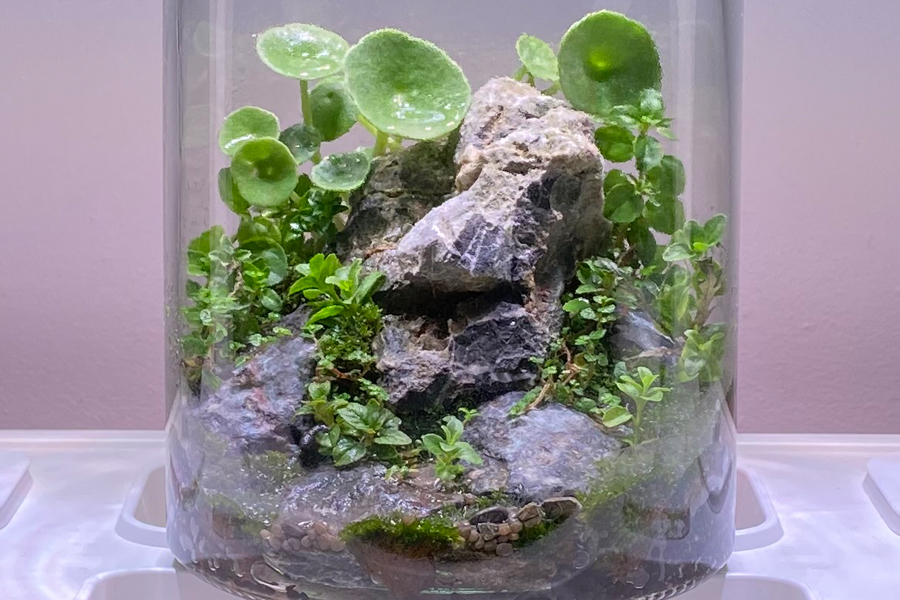 Miraculously, there have been no major issues with the big tank. I didn't have internet for a couple of the mornings, so the Co2 came on later than it should. I had my Amazon echo camera on the tank and could see the drop checker was a dark green. So there's a bit of algae, but not a major infestation. My auto doser for the Ei ferts seems to be working well too. Will have an update on the doser in the coming week. 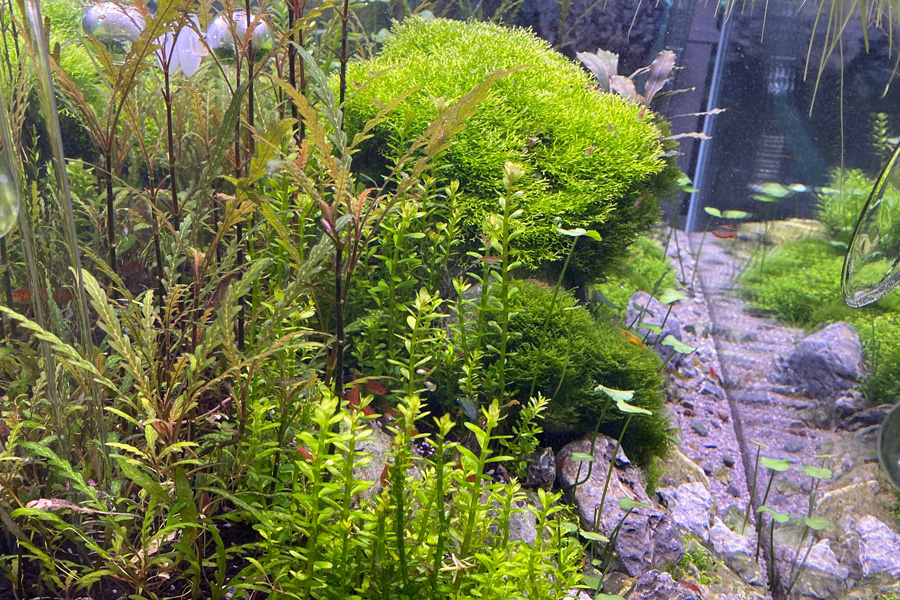 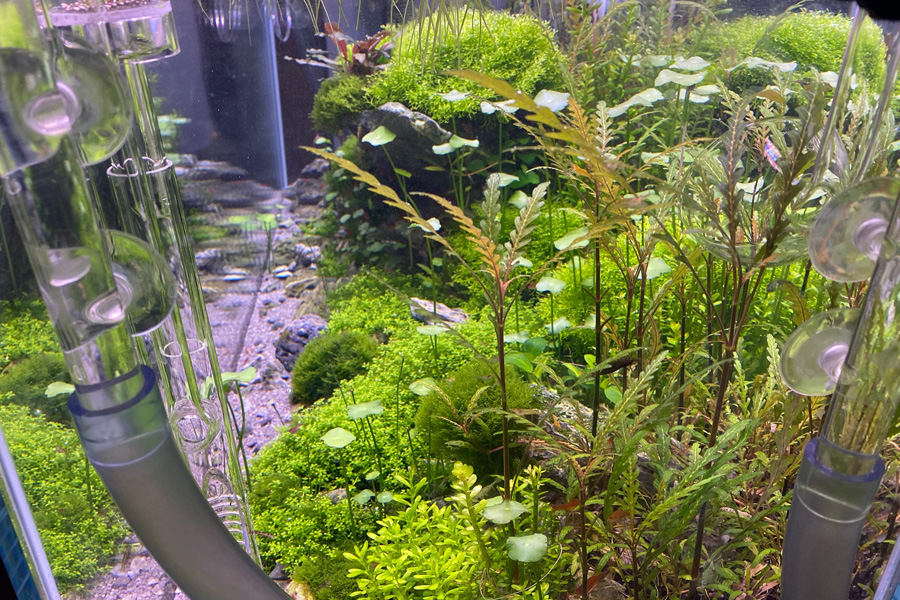 Carpet is the best I've seen it and the mosses are super happy.
Frogbit, Hyrdo V, Anubias, Eriocaulon and Buce are good/ok, but need a bit of something to make them as healthy as the carpet.
Rotala Bonsai is proving to be harder than expected. Looks a tad thin/pale and there is also algae on the older growth.
Hygro P, I am beginning to understand why this plant has it's reputation. For some it's a weed, for me it's just weedy. I will eventually cut the thick black stems, as I have planted some more Hyrgo P below them. You can see it beginning to poke out from the moss on the right.

Looking good. Trim all that pinnatifida hard and replant/stick the tops somewhere. That should encourage bushier growth.
K

I'm showing signs of MWKS (a variant of MTS)
Video of the build coming soon. 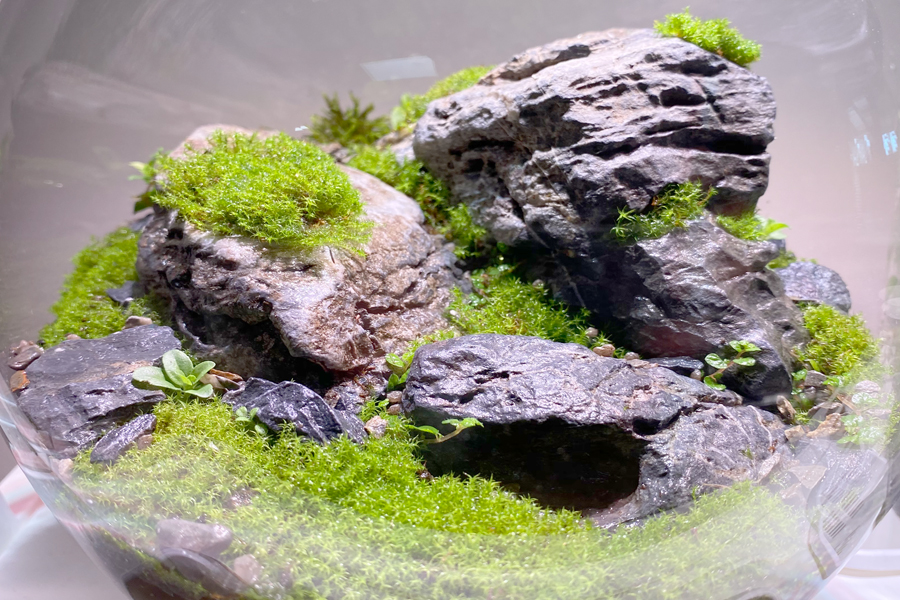