So i've given one of my tanks its first title. I'm not sure how it will end but theres a little story of how this tank has begun hence the title. pics will come after the little story

The story
I've just finished messing about with my arcadia arc and it did not end the way I wanted it to, so I'm trying again with another tank.
I was back home at my dads and had to sell my 6ft tank as he is selling the old family home we have had for last 12 years. As I was going through all my old fish keeping stuff and binning most of it, I came across my very first tropical fish tank. It is a bog standard glass 17 litre fish tank, in which I made all the mistakes in the book . I was 12, naive and I had too complexs ideas and not enough knowledge so it never reached anything like I wanted it to. I decided this would be my next tank. Why not it cost me nothing.

12 years on I would like to prove to my 12 year old self that mistakes are some time necessary in order to better oneself in yourself and in this case being an aquarist.

This is going to be a sentimental (get the title now ???)tank for me to do as its saying good bye to the last 12 years in our old family home and all my fish keeping equipment and using 12 years experience of being a aquarist to do my 12 year old self proud.

I should note intended to submerge the tank and grow like I have done before, however the person i lent my CO2 bottle to, returned it without CO2 and I didn't realise when i was setting up the tank. So i begrudgingly decided to do DSM. I have also never grown any of the plant species listed nor used redmoor or any wood for that matter. So its has actually turned into an little experiment and like my 12 year old self ill probably make mistakes.

Unfortunately i have not got a heat mat or a sprayer for this DSM so thats my first mistakes. I'm hoping it will work anyways.

The tank is 1 one week into its DSM and the Glossostigma elatinoides is the only thing that seems to be growing so far. 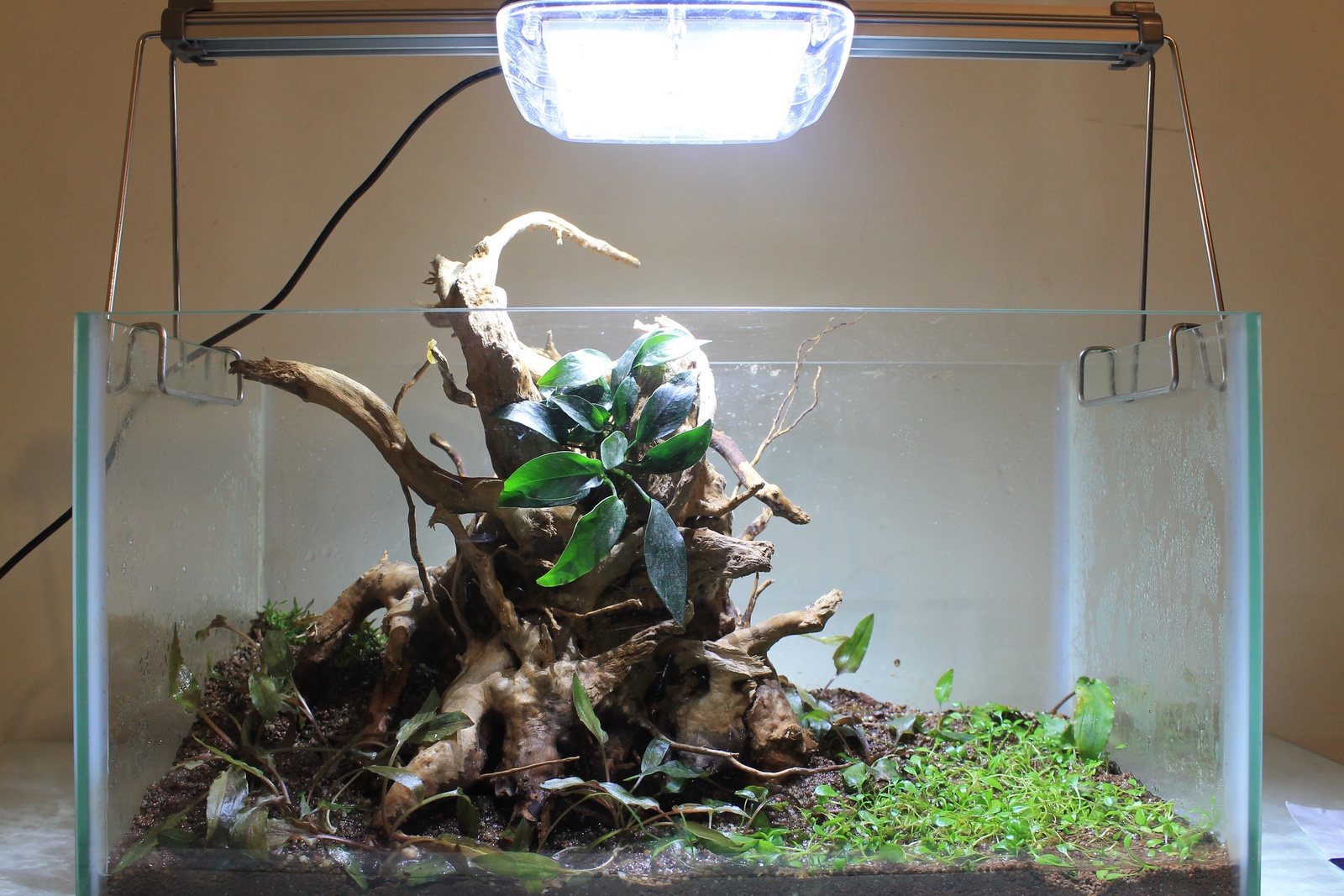 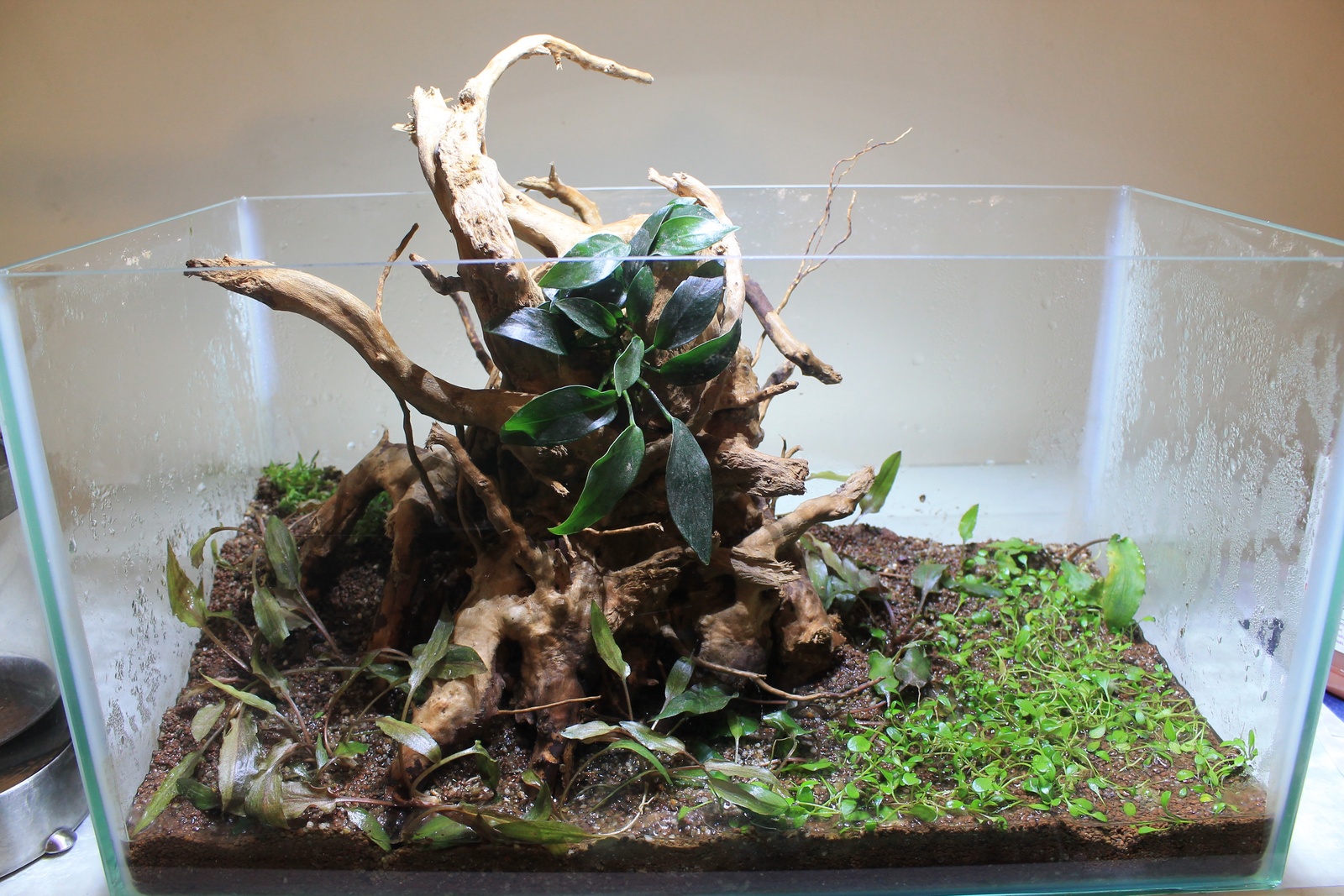 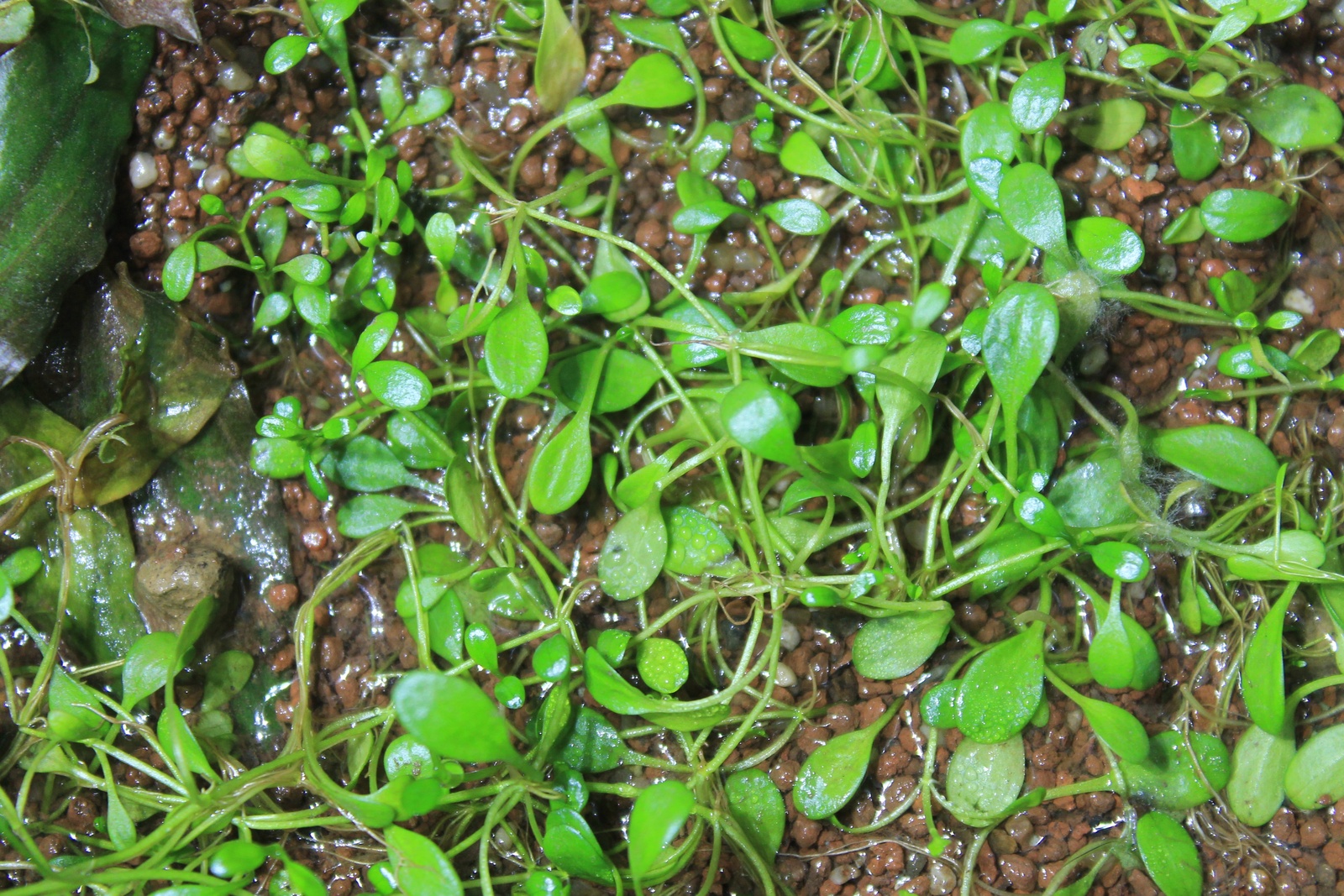 Untitled by Jonathan. A. Archer, on Flickr
Some new growth on the Glossostigma elatinoides

I like the look of it. Are you going to cling film the top or something to try and keep the humidity in?

Wendal_spanswick said:
I like the look of it. Are you going to cling film the top or something to try and keep the humidity in?
Click to expand...

So the tank has been flooded with water for 8 days now. Heres a quick pic 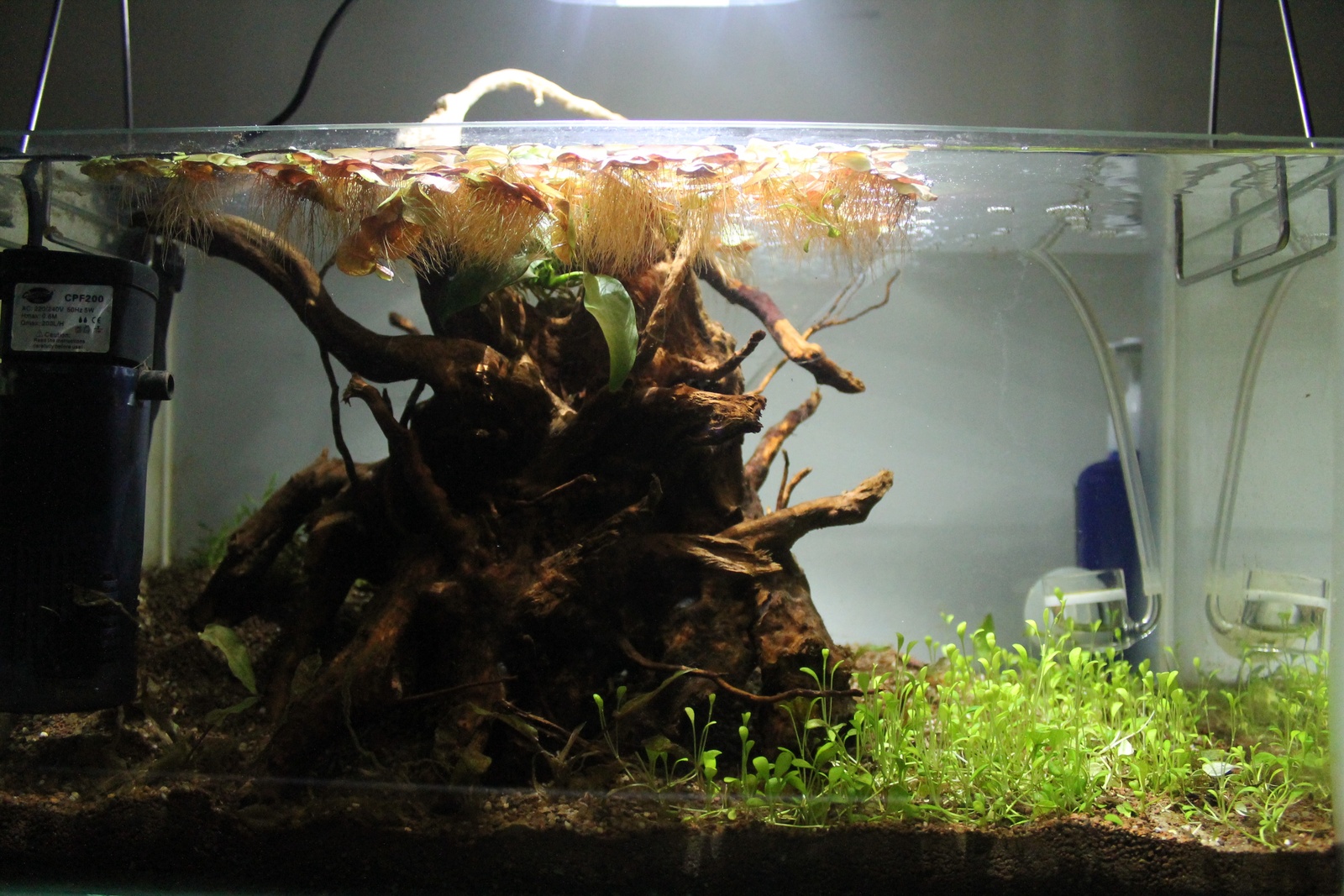 Untitled by Jonathan. A. Archer, on Flickr
The glosso has grown but growing up. heres a before pic. 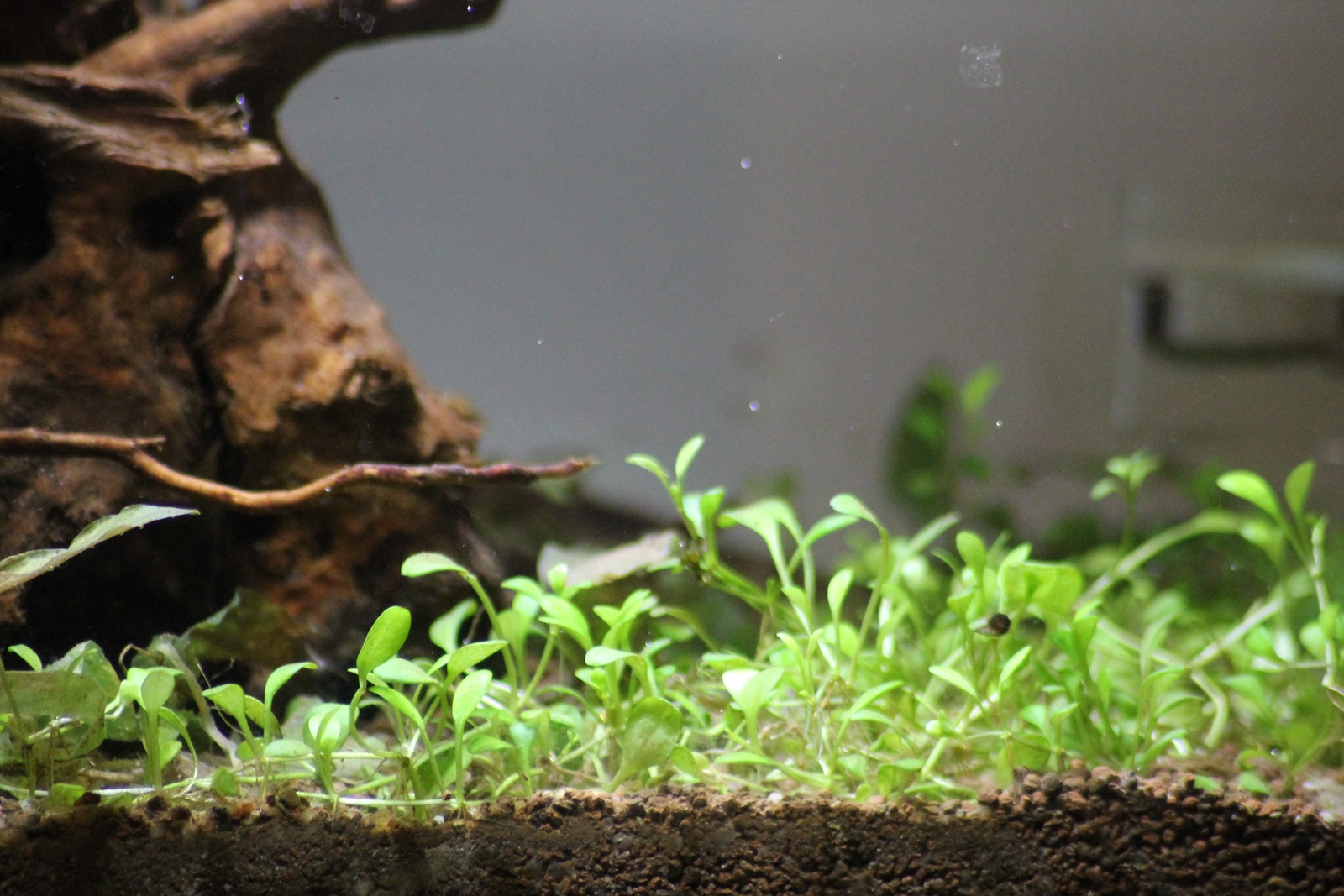 Does any one have a pruning tips to get it to run horizontally?? Not found a good you tube clip yet.

Added floating plants because the lights are very bright for this size of tank. The cryps have melted to be honest i always thought they would but they are growing back now.

jarcher1390 said:
Does any one have a pruning tips to get it to run horizontally?? Not found a good you tube clip yet.
Click to expand...

Its has been 3 weeks since the last update. It has not been a smooth 3 weeks as i have had a few problems. mainly with surface scum, lack of good circulation, traces of cyanobacteria, and algae within the glossostigma. I have removed the surface plants added an extra power head giving 16x turnover and help get rid of dead spots. I'm hoping that upping the circulation will help sort the surface scum problem by allowing better co2 and fertiliser distribution. 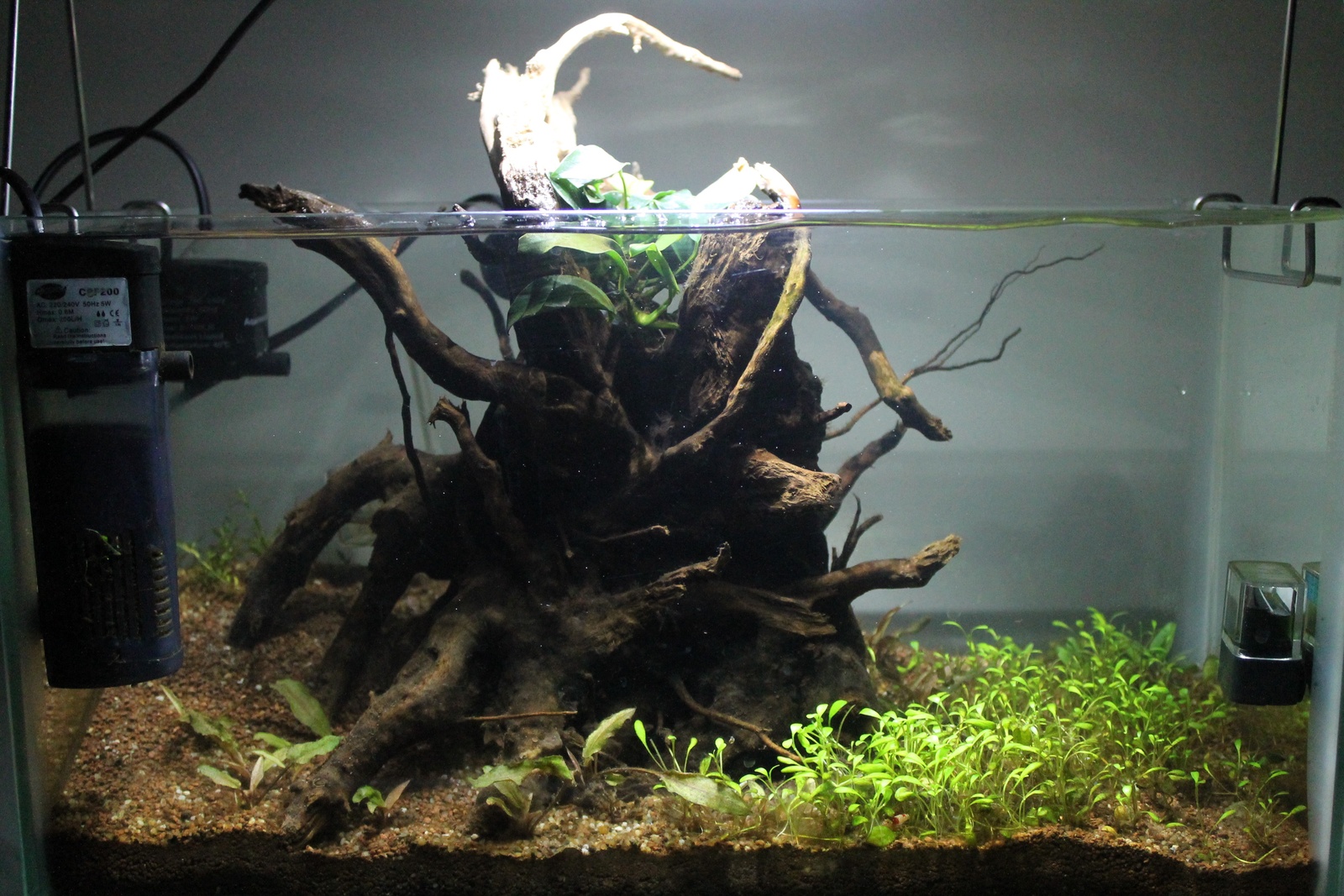 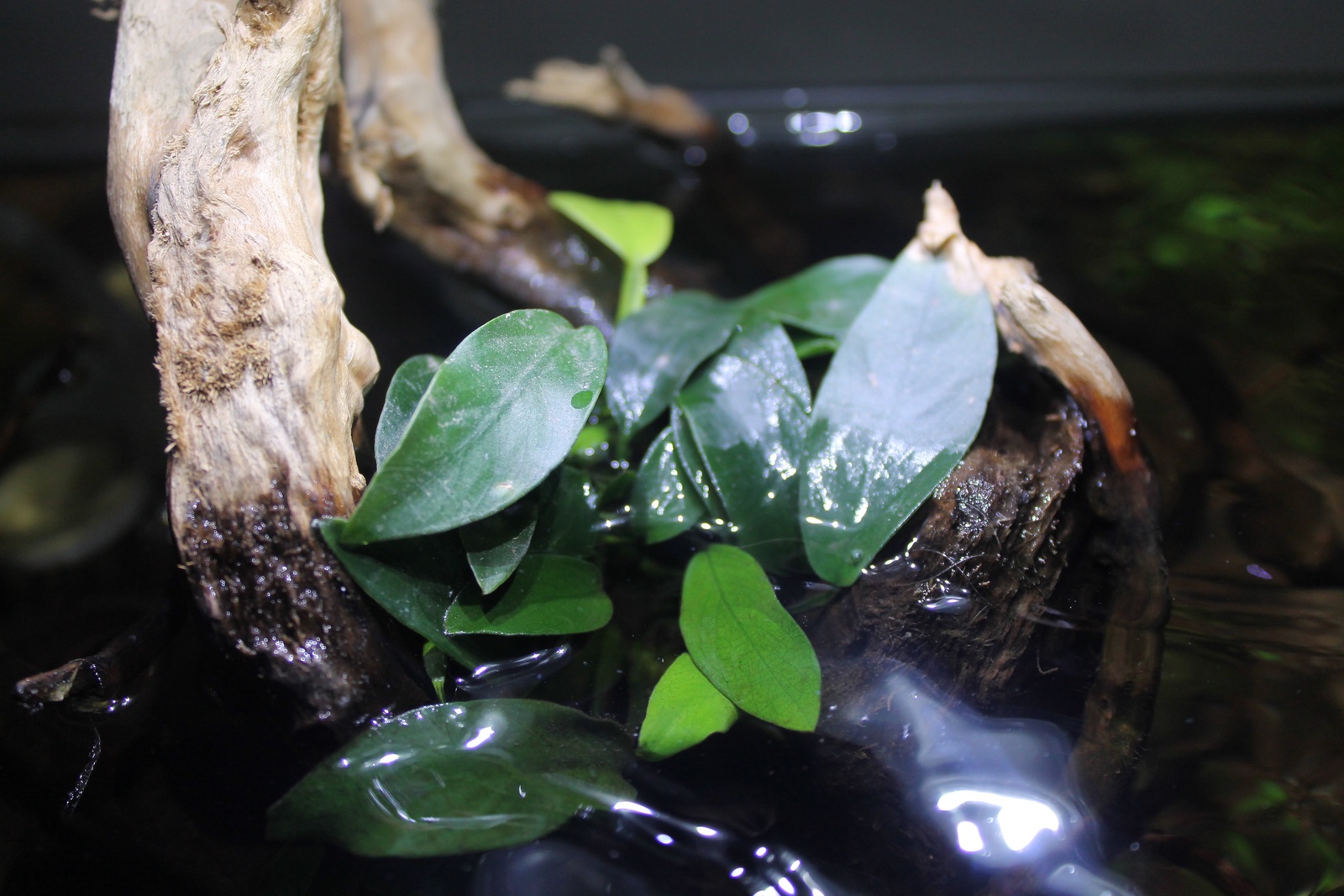 And a in situ photo. 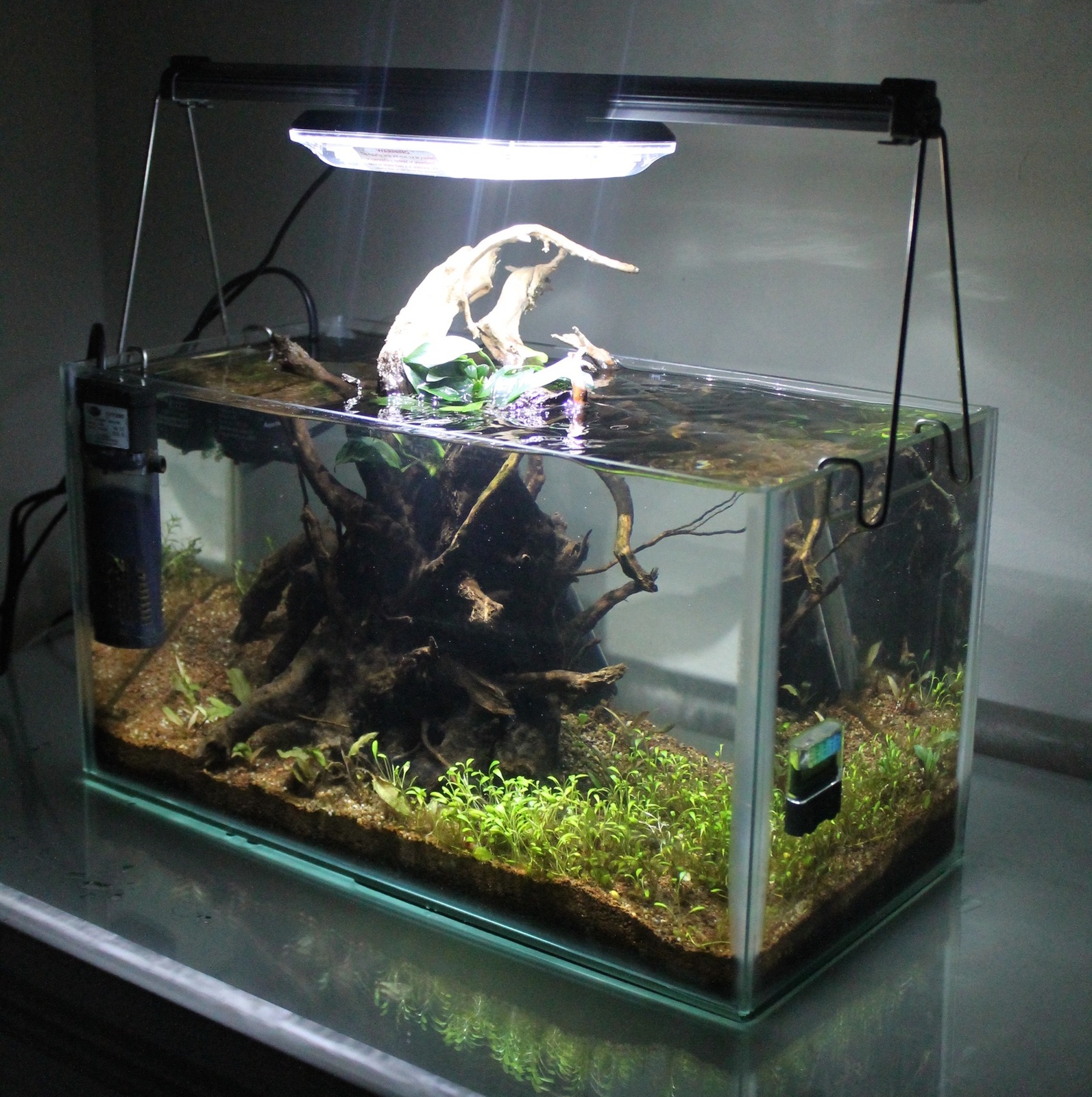 Sorry not the best photos ever

I have also added 10 CRS in the past couple of days and I'm looking to get some macro photos of them up shortly.

Im now rushing (i hope i don't trip by doing this) to get to a Final shot photo as my cabinet for my paludarium tank is now complete and waiting for the light stand and tank to be built and I'm hoping to have that up and running in 6-8 weeks.

Well thats all for the past 3 weeks. If you think there is something I should do differently PLEASE TELL ME, I'm always looking for constructive criticism!!!

A 2 week update. Best 2 weeks for the tank. All my problems have gone away and the tank is really taking off. heres some photos (took on iPhone 6) 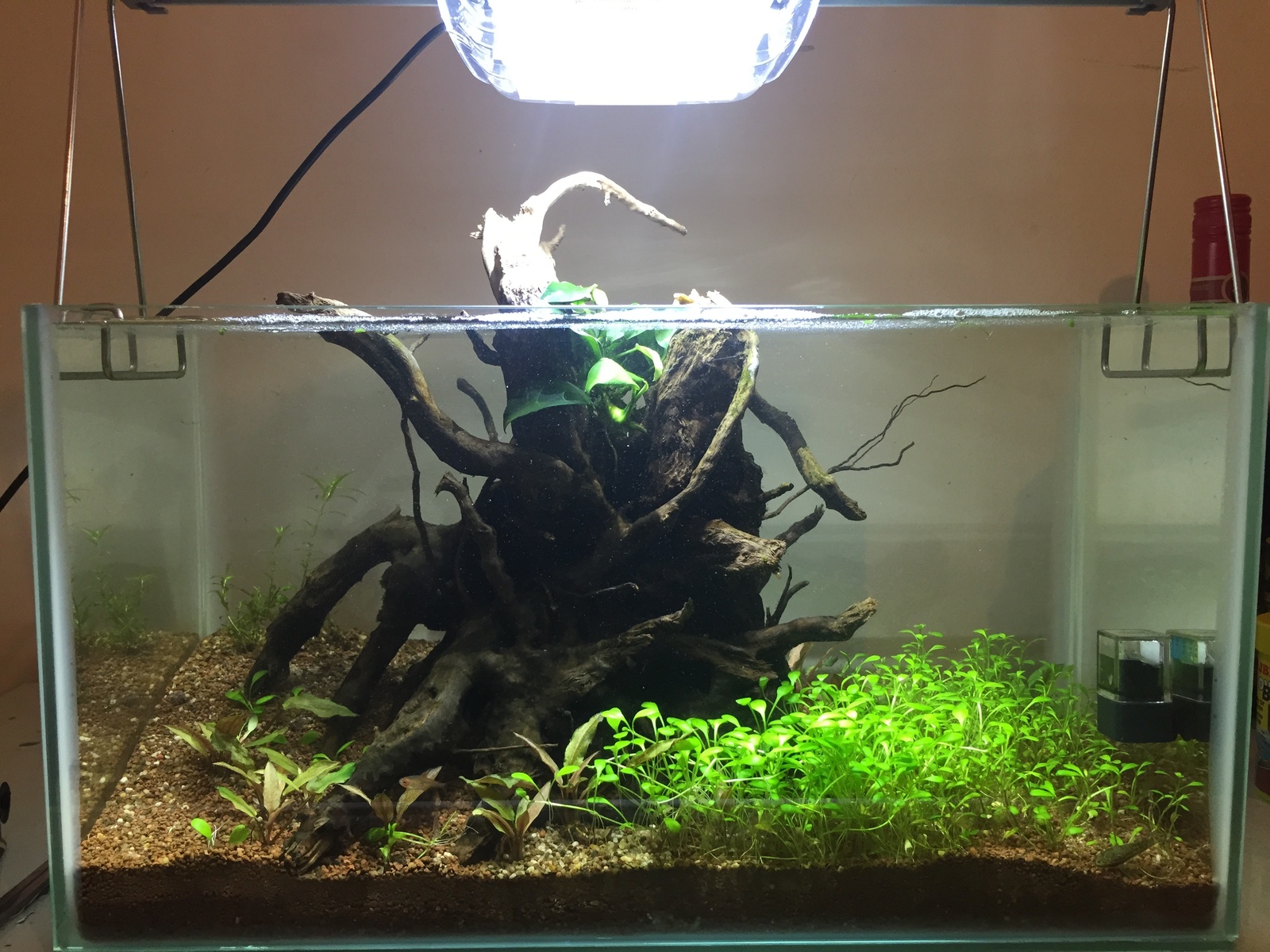 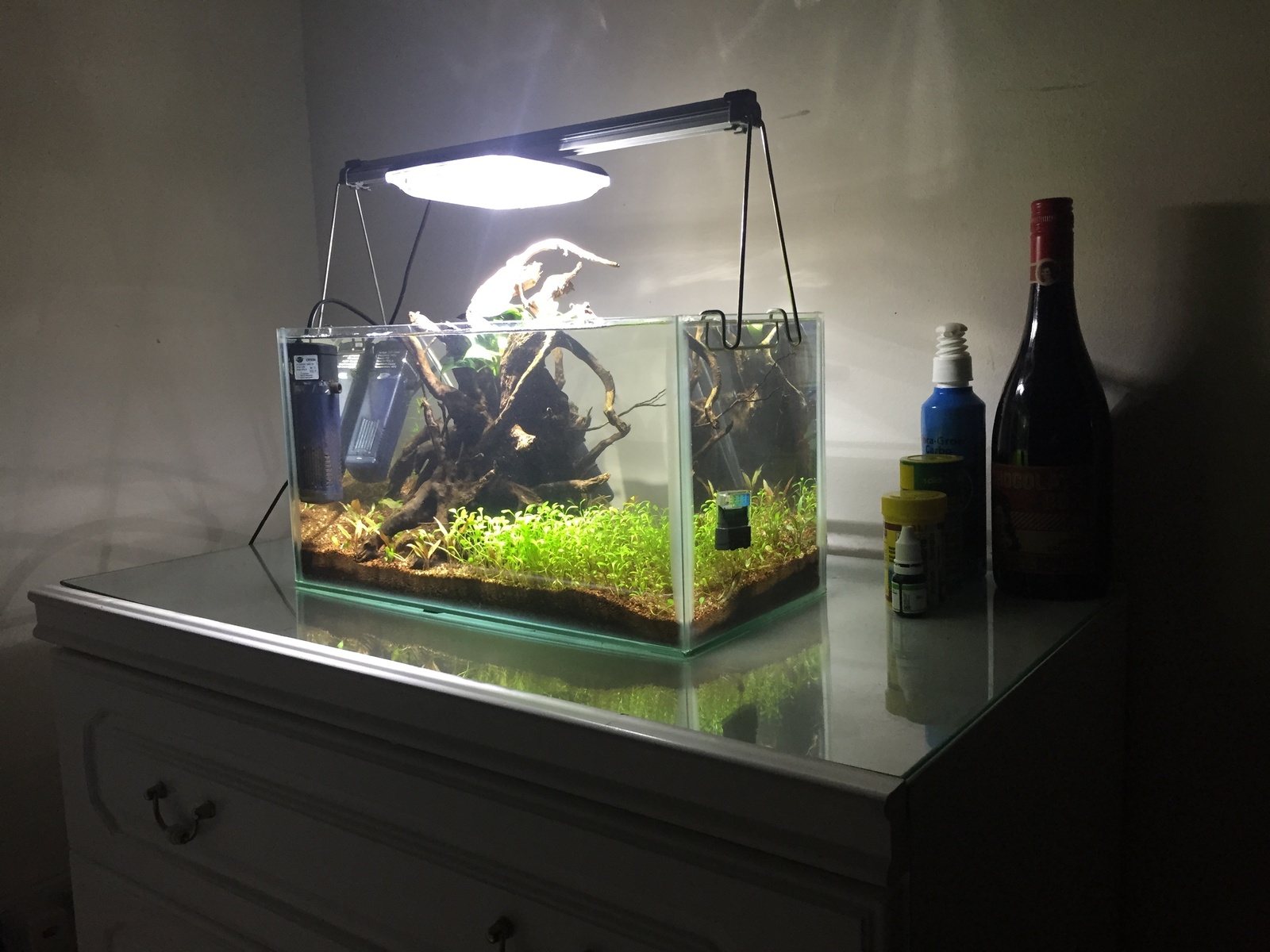 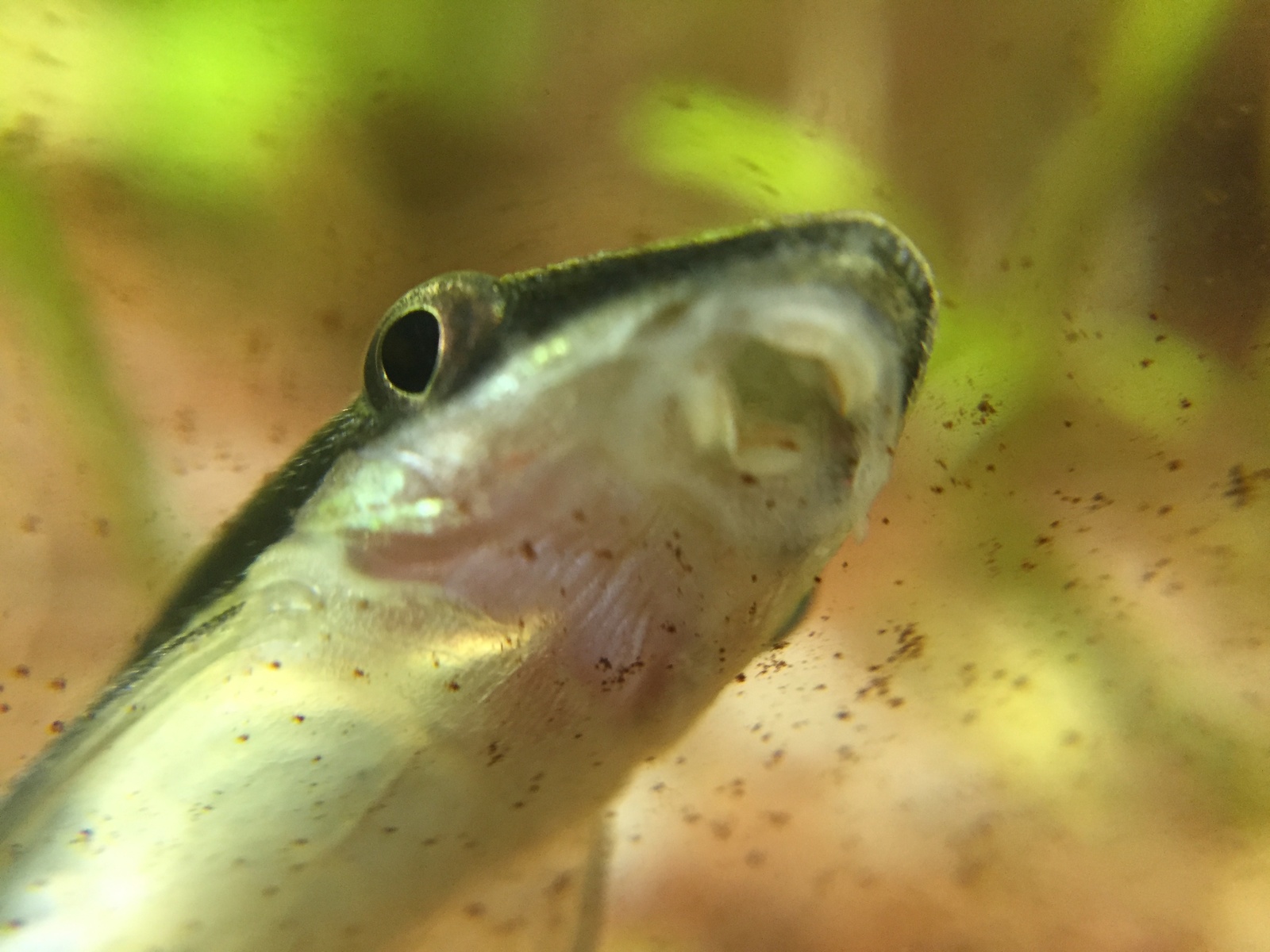 Lately I've been making a few videos for my works Facebook page and i've just made one (extremely short) showing what fish and shrimp you could add to a tropical nano tank. Anyways I took the video of my own fish and shrimp in the tank as above. So i thought id share it here as well.

hope you like the video. Best viewed in HD

Hi All
I have to close this tank down today so this is my last post for this tank. I got the tank looking okay but nothing spectacular. Nothing worthy of a full tank shot thats for sure. Im finding growing plants easy peasy but making them look the way i would like them to not so easy. I think i've definitely done my 12 year old self proud(not my 24year old self though maybe set it up again in another 12 years lol) with this little tank so I'm happy.

Heres the last in situ shot. 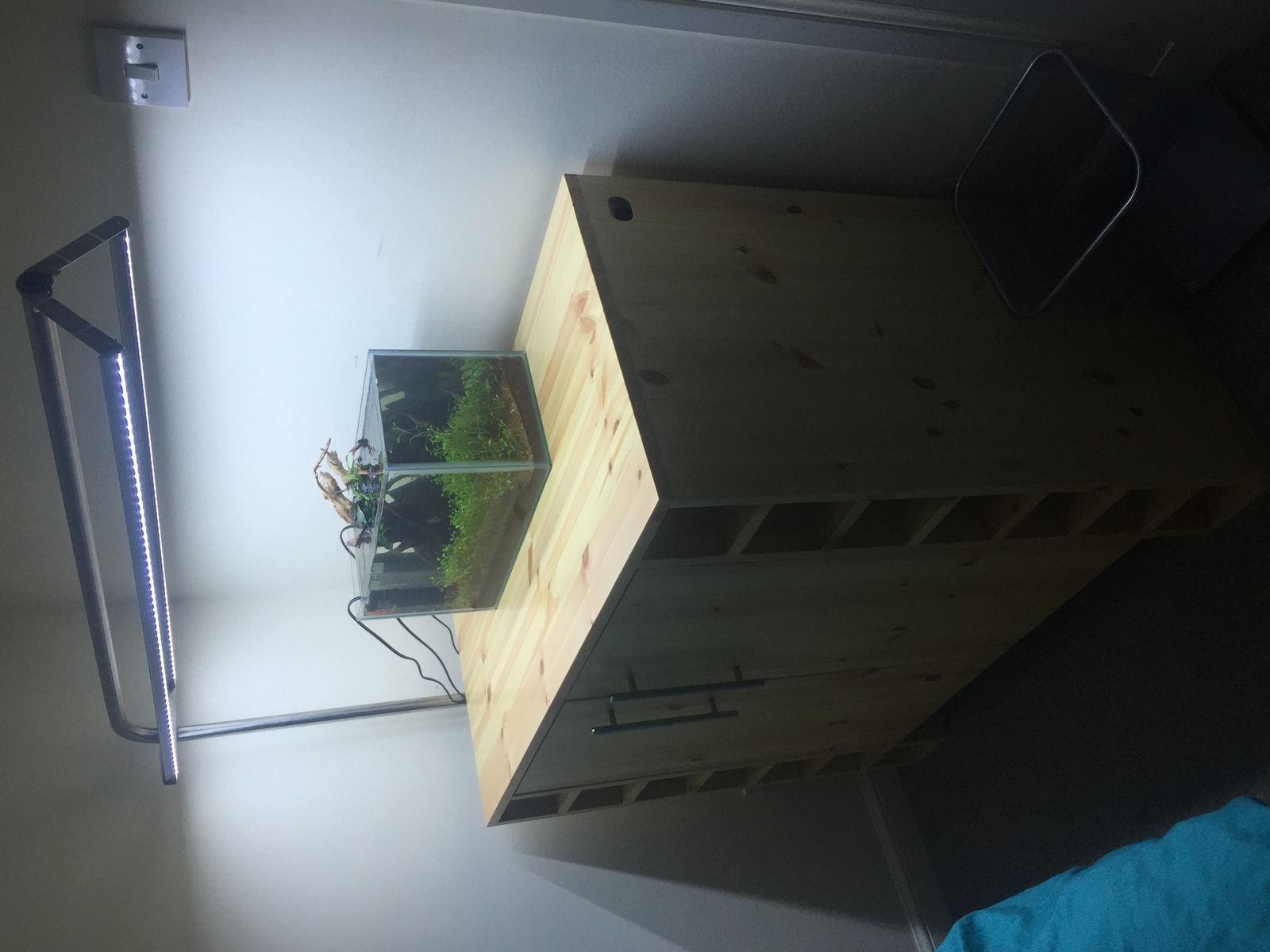 Onward to the next scape.

MMMM interesting not sure why its rotated if you click on the photo it will take you to my flickr page and see it the right way up there :-/

Nice little setup there mate, do you have any info on the lights youve got in that pic ? What are they and where from

Looks great, I'm guessing you drank the bottle of wine in celebration!

Well done, looking forward to the next project.

sa80mark said:
Nice little setup there mate, do you have any info on the lights youve got in that pic ? What are they and where from

Thanks Mark, the main bulk of the lights is 2 x TMC Aquabars with a jig my friend and i designed and built.

Well done, looking forward to the next project.
Click to expand...

Thanks luckyjim nah that bottle of wine didn't make it to the end of the project but another was bought in its place for the occasion. If you notice the cabinet i designed has space for 12 bottles of wine, that gonna be one hell of a celebration for the end of my next project!!

Thanks Greenfinger2 I'm now finally gonna get to put your wabi kusa inspiration into the next project i cannot wait!!

Hi Jarcher, """ I'm now finally gonna get to put your wabi kusa inspiration into the next project i cannot wait!! """"

Greenfinger2 said:
Hi Jarcher, """ I'm now finally gonna get to put your wabi kusa inspiration into the next project i cannot wait!! """"

Yer will do. Will probably will do for some hints and tips as well.

Be glad to help
Regards Roy

https://glassboxgardeners.com/
You must log in or register to reply here.