This whole anaerobic filtration thing is getting out of hand!

I'm not going to name names but we all know who the major proponents of anaerobic filtration are. Somewhere in time, over the last few years as the hobby has grown over the pandemic or while I was away, the idea has grown into a movement and the hypothesis has become a reality. I'm not going to say that some sort of denitrification might take place... somewhere deep inside Biohome, Fluval or Seachem filtration media, or even deep within various substrate layers... but it's becoming a bit of a joke now. People are building anaerobic filters and investing serious amounts of cash to eliminate as much nitrate as possible. I even saw articles stating that 40 PPM of nitrate would cause fish to list over and damage their skin. Was there something I missed. In fact, don't even tell me. Leave me in blissful ignorance as the parade of fish breeders and hobbyists pursue this technological marvel. I'll simply use plants for the time being and hope some academic paper resolves the elimination of nitrate against a decent looking planted tank. I even had the YouTube videos blocked on one channel on the hope that this would disappear with time, but my blocking app is gone and I am bombarded with all the wrongs of aerobic filtration and the consequences of my nitrate shocker. But this is not the place for it. I have no sensible questions. The world has been turned upside down. I'm seeing anaerobes everywhere now. Even my cat litter looks like the home of assemblages of facultative and obligate anaerobes. My hands, my computer screen. Denitrification is everywhere and it's going to overwhelm my aquatic plants. Hook then into an iv nitrate drip. Send for the witch doctor. I am going to need to exorcise the nitrate from my tank water. My potassium nitrate is now being used to preserve sausages from now on. I will go fully anoxic. Repatriate my fish to their natural habitats. We don't need oxygen in my tanks any more. It will be a rock-scape. But closer to habitat on the moon Europa.
Last edited: 15 Apr 2022

Simon Cole said:
I am bombarded with all the wrongs of aerobic filtration and the consequences of my nitrate shocker.
Click to expand...

I also find that these types of content maker only make video about extremely deep substrate
and also likes to offend people who are going for high-tech route.
Last edited: 1 Apr 2022
Previously known as Natthanon
J

The current Kevin Novak Vs Aquarium Coop beef. I have tried to watch the former's YouTube recently but the lengthy ramblings....

Hi all,
Welcome back @Simon Cole

I'm going to put myself firmly in the Aquarium Co-op camp for this one. The most sensible content I've seen in any of this is Cory's video on <"Seasoned Tank Time">.


Natthanon said:
Glad I am not the only one annoyed by this type of contents
Click to expand...

Simon Cole said:
but we all know who the major proponents of anaerobic filtration are
Click to expand...

I'd ask the various protagonists <"to show me the money">, ideally using ammonia (NH3) with <"labelled nitrogen isotopes">.

<"Kevin Novak"> might be a Dr of Science, but assuming his <"Biocenosis buckets work">, the mechanism isn't the one he thinks it is.

In terms of the purveyor of "Biohome", he is both <"scientifically illiterate"> and not too bothered about factual accuracy.

I'm not keen on any fine PPI sponge, or floss, in filters. As soon as I hear any mention of <"anaerobic filtration"> or <"denitrification"> I begin to suspect a <"certain amount"> of <"economy with the truth"> by the vendor.
Click to expand...

Baffle you with a few facts and BS which is over you understanding and make the sale £££££. Typical salesman tactics.
When I got my last car (ex demo to save on VAT) I knew more about the car than the salesperson, as you may imagine sales people tend to not do well with me, wife hates it when I ask probing questions which I already know the answers to😅 - well you have to test their competence/honesty
IFC Aquarium Fertilizer Calculator
Journal - Olympus 500L is Calling, Journal - Pot Scape 50l
"God is in the details." -Mies van der Rohe : "Do or do not, there is no try."-Yoda
K

Hi @Zeus. I know just what you mean. My wife hates me for the same reason. As with all things there in no harm in doing your research and its fun to wind sales people up!

It's never a good sign when the channel is "Soandso Whatshisface PhD". Of course education is a good thing and it often makes sense to disclose your credentials, but coming out the gate with the title sounds so desperate. If you want people to think you are smart, say smart things.

ElleDee said:
If you want people to think you are smart, say smart things.
Click to expand...

I'm a firm believer in science, scientists and the scientific method, but when you post a picture like this, and then say that <"plants aren't important and that wasn't any nitrate or conventional aerobic nitrification">, then you are <"expecting people"> to, both, disbelieve the evidence of their own eyes and to discount an awful lot of published <"peer reviewed literature">*. 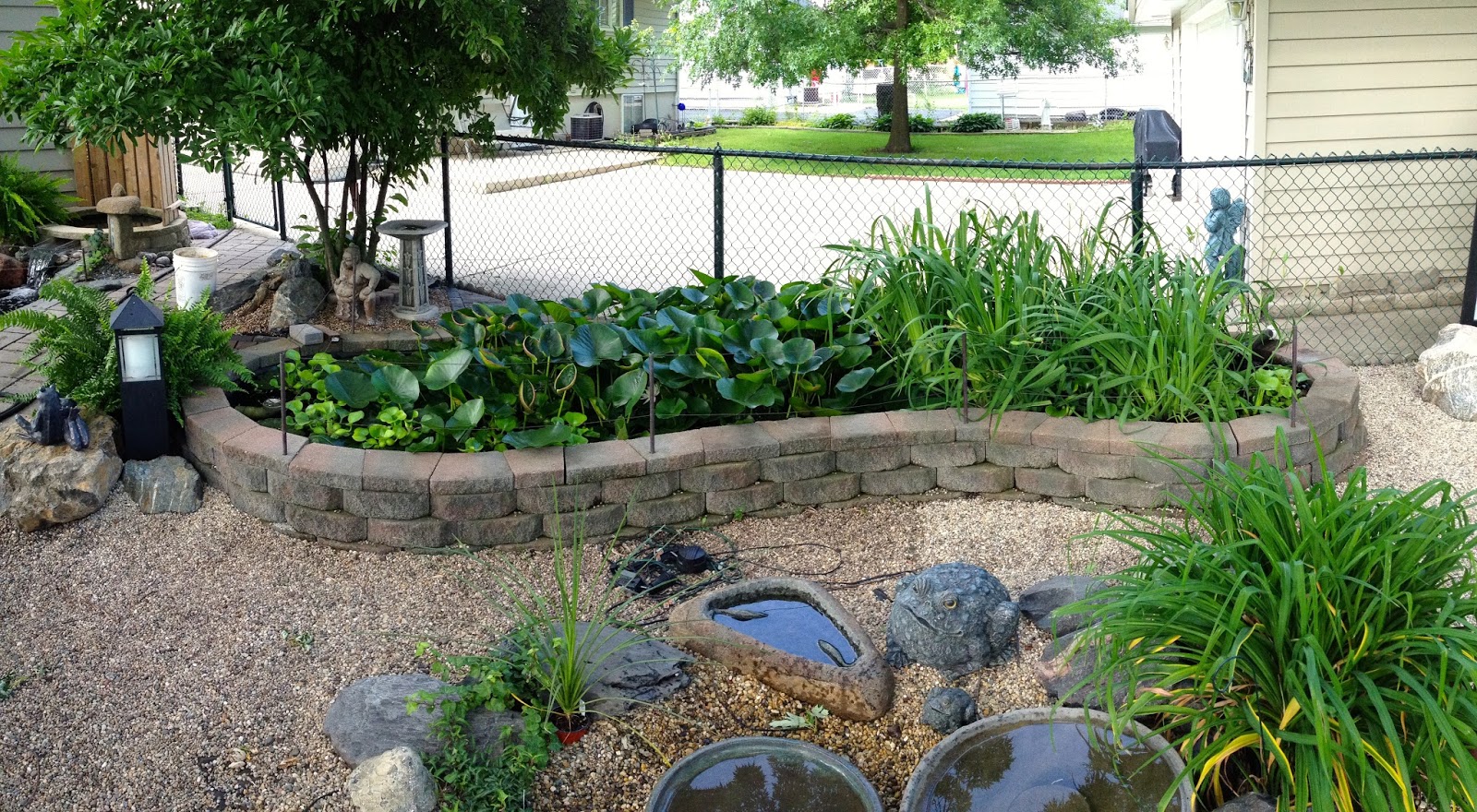 Thanks Darrel, I had forgotten all about that video. Everything he says makes perfect sense. Really glad I took the time to watch it again as I've set up a new 30l shrimp tank with moss, wood and a cattapa leaf. I was wondering what to do next and now I think I will just leave it alone for a few more weeks.

Stu1407 said:
I was wondering what to do next and now I think I will just leave it alone for a few more weeks.
Click to expand...

That what I've always recommended, <"plants and time">, basically <"good things come to those who wait">. <"Seasoned Tank Time">, just gives it a <"snappier title">.

I've got a bit of a <"jaundiced view"> of a lot of the content produced by companies and people with something to sell. I particularly object to the <"lack of transparency"> over whether something is an infomercial or an objective review article.

The gentleman below has spent the last nine years promoting "Biohome", as far as I know, what he hasn't done in that time is <"produced any scientific evidence"> for any of <"his claims">. Biohome maybe perfectly good as an aerobic filter medium and that is what I want, my filter as an <"aerobic nitrate factory">.

........... Please note: Tanks with heavy stock and feeding (e.g. cichlid, goldfish, predator or fry tanks) and marine tanks may require 1.5kg - 2kg per 100 litres to achieve the full cycle filtration which will result in the reduction of nitrates. Do not worry about plant growth being affected in a tank which reads zero nitrates - the nitrate is processed into soluble nitrogen which is easily used by plants, boosting their growth.............
Click to expand...

And what exactly is nitrate (NO3-), if it isn't soluble nitrogen? Now if he is suggesting that N2 gas, from denitrification, is "soluble nitrogen" he is technically correct, but it is also <"completely unavailable"> to plants.

Has anyone put all this together into something with a smaller link tree to follow?

A ukaps filter media for dummies if you will?
Don’t believe the hype.

It's nice to 'see' you @Simon Cole, I hope you are doing OK.

It’s certainly interesting. In reef keeping people have had their NO3 double what’s been mentioned above with no I’ll effect to fish or corals for that matter.

Zeus. said:
wife hates it when I ask probing questions which I already know the answers to😅
Click to expand...

Like a good lawyer... never ask a question you don't already know the answer to.

Unfortunately science has long since become politicised, weaponised, and hijacked by corporations pushing profit engineering agendas.
Yet it still maintains a hold over folk, many of whom are educated and ought to know better.
I'm afraid that in our post truth era science has all too often become an ideology that rivals or suppasses religion.
.
Aquazeitgeist. YouTube
A Brief and Incomplete History of Aquascaping. Soil Substrate Planted Tank - A How to Guide
Schism Reimagined. NatureScape. Return of the Shallow. Windswept Eternity, Primordial. The Dark Side or What Lurks Beneath

@sparkyweasel @dw1305 @Geoffrey Rea - Thank you for a warm welcome back I'll probably drop a few comments in the chat about life and how I'm getting on.

Everyone - As Popper Karl Popper once said "if you are only ever looking to prove something, sooner or later you will"... but he also said "science cannot verify theories but can only refute them, and this is how science makes progress."
I don't see any progress. Even if denitrification was achievable, it would be valueless. The actual toxicity of nitrate is only apparent to those of us who have viewed the scientific literature. I guess there is some value in an RNA or DNA expression levels of the microbes in some of the filter media and systems that we use, but to make it useful and quantifiable you have to measure nitrogen gas emissions. And even then, you would just get re-branded snake oil.

dw1305 said:
The gentleman below has spent the last nine years promoting "Biohome"
Click to expand...

In his opening sentence he says this new media is 'something special', so what does that make his 10 or so predecessors?

This pretty much sums it up pretty good.

Was I the only one initially thinking that @Simon Cole tried an April 1 joke on us? Yet this thread, and @Hanuman posting, is extremely insightful. I'll probably have to redo my filter though...

Yeah, makes me think I should be replacing my ceramic media, I have always just used what was with the filter but k1 is cheap enough to replace all my filters for less than it would cost in pot scrubbers at the moment. 🤔
Don’t believe the hype.
You must log in or register to reply here.

Filtration and flow for fish only tank?