i know clive gave advice on this, but ive got stems that have broke the surface now by a good inch or so. will it flower? or should i cut it?
A

not sure whther it will flower (although there is a better chance if it does), but it will produce different shape leaves. As long as it doesnt reach the lights and gets frazzled then it will be fine.

I would leave it to see what happens, can you get apic of it?
Aaron North
My Flickr Account | Equipment needed for setting up an FE | Algae & Nutrients

aaronnorth said:
I would leave it to see what happens, can you get apic of it?
Click to expand...

yeh. also another stem has come to the top. the red one. 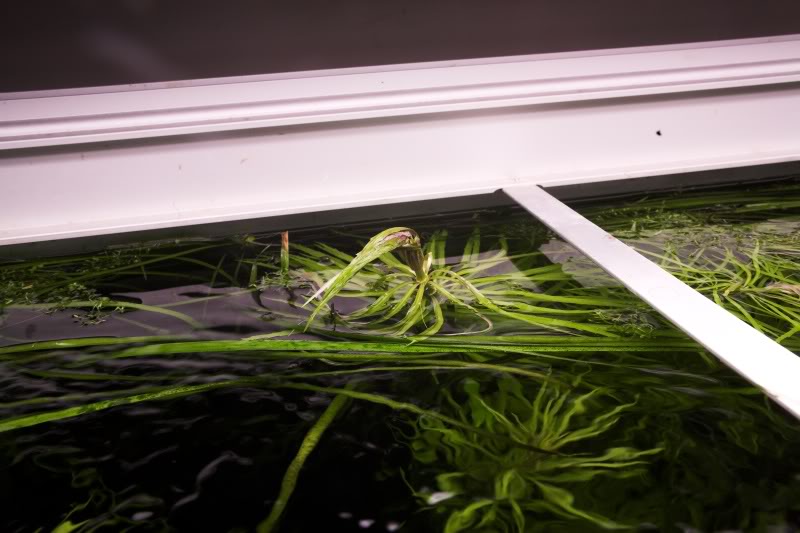 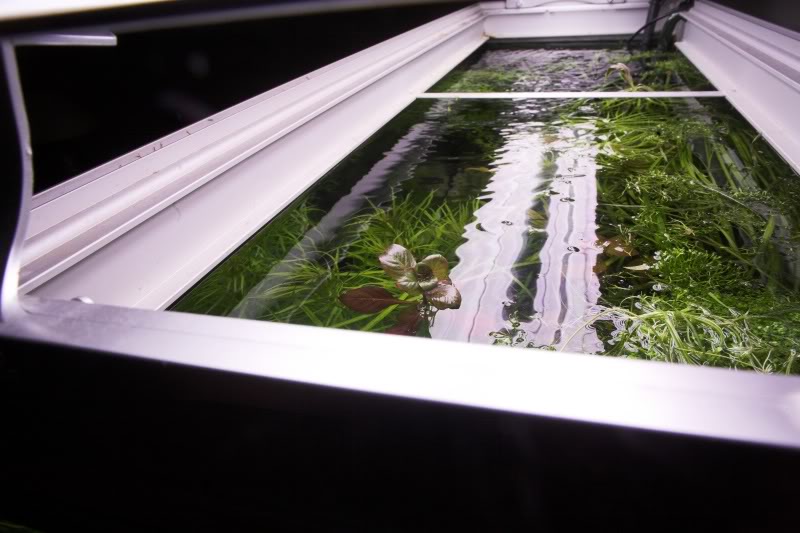 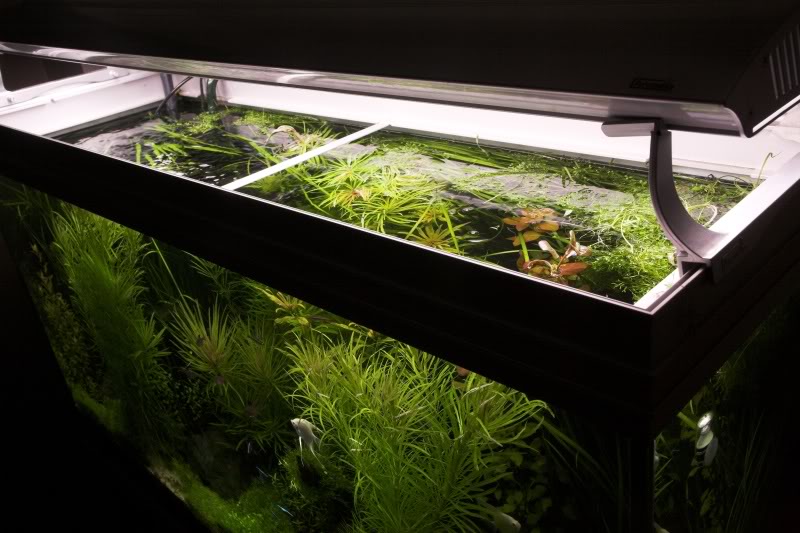 there all going to break the surface soon :? the tank seems to be on steroids at the moment.

If you're not careful you'll start choking the tank and flow will suffer. I'd keep everything nice and trimmed personally.

is the red one a ludwigia sp? When i had it it roduced some nice leaves, i had ludwigia repens.
Aaron North
My Flickr Account | Equipment needed for setting up an FE | Algae & Nutrients

ceg4048 said:
If you're not careful you'll start choking the tank and flow will suffer. I'd keep everything nice and trimmed personally.
Click to expand...

the flow is suffering a little allready. this is where i am confused. to i trim halfway down p stellata? or trim and re plant. what would you do clive?

Well, the minute you cut the stem that initiates multiple shoots at the nodes so you will likely lose that singular "palm tree" shape. You can get 5 or 10 side shoots emerging simultaneously. If you want to prolong the singular form you have to replant the topped portion and toss the base. That gets dicey because the lower portion of the topped stem sometimes tends to rot. That's why I suggested to float the topped portions for a couple of weeks before replanting or just continue to replant them as their lower stem goes soft until they harden and stay put. In a few weeks though you'll have the same dilemma. Stelleta can get messy and is a dichotomy, no doubt. The only reason I endure the tribulations is because it produces some of the most spectacular photo shots I have ever taken. If you're not fussed about keeping that singular shape then just toss the tops and manage the side shoots as they emerge. The more CO2 you have the less likely the stem will rot, but the more side shoots you'll generate.

I have that red plant and rotalla rotundifolia both growing outside emergant in a goldfish puddle. Shame I can't keep them looking nice in my own tanks.
Don't believe the hype.
You must log in or register to reply here.
Similar threads