Hi has anyone used Tropica aquarium soil with additional substrate on top? I’m looking to use Dennerle crystal quartz gravel on top. I want the gravel slate grey, I’m also looking to create a small area at the front with white Dennerle superfine sand. Everything from Tropica seems to tell me it can be used without additional substrate but does anyone see any issue with my plan?

I wouldn't recommend it. The smaller denser grains of the gravel will work their way down through the AS and you'll end up with a mess.
If you're capping with gravel Tropica Substrate is perhaps the better option.
.
Aquazeitgeist. YouTube
A Brief and Incomplete History of Aquascaping. Soil Substrate Planted Tank - A How to Guide
Schism Reimagined. NatureScape. Return of the Shallow. Windswept Eternity, Primordial. The Dark Side or What Lurks Beneath
A

I managed to buy the soil by accident. I didn’t realise it was an all-in-one, I’ve always used their substrate before. Probably best to take it back and start again!

You could also give some thought to using something like Westland Aquatic Compost. I've used it several times... 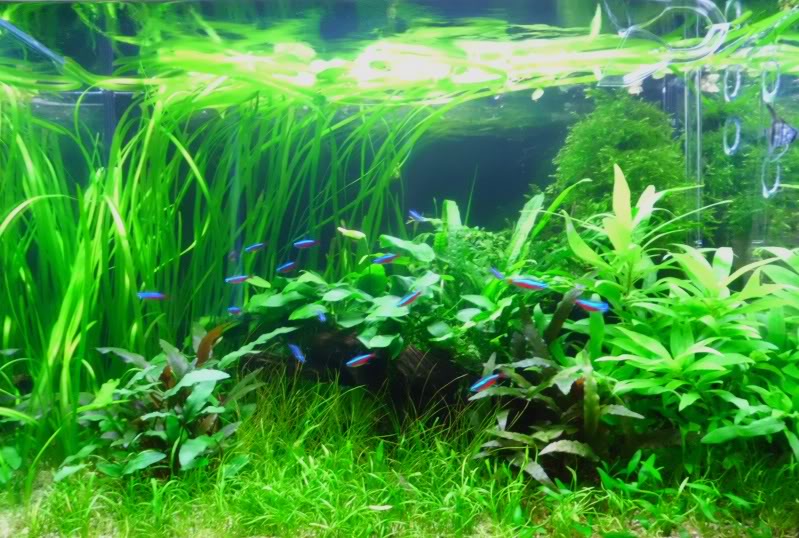 The Soil Substrate or Dirted Planted Tank - A How to Guide

The Soil Substrate Planted Tank - a How to Guide... ...or Zen and an Introduction to the Art of Underwater Gardening with Soil or Dirt... ...or The Hybrid-Energy Approach. Introduction In writing this I hope to illustrate that using soil substrate offers a range of possibilities and that it's...

www.ukaps.org
.
Aquazeitgeist. YouTube
A Brief and Incomplete History of Aquascaping. Soil Substrate Planted Tank - A How to Guide
Schism Reimagined. NatureScape. Return of the Shallow. Windswept Eternity, Primordial. The Dark Side or What Lurks Beneath
A

Thank you very helpful it’s a great read.
A 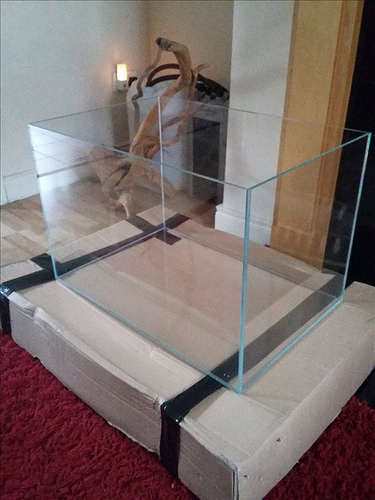 Hi everyone! This is my favorite time of the year! It is new project time. I hope this time I will be more successful, learning the hard way - from my own mistakes. New tank unwrapped, and now I have about 2 weeks to play with some wood, before new light unit arrives. Just a brief...

And of course, those folks at ADA are always pouring La Plata sand atop Amazonia
(as do Green Aqua in some of their scapes)

Forgot about that scape, it is pretty awesome. Although, the gravel is very coarse, graded to pebbles, so it worked well on top of AS. Dennerle crystal quartz gravel has a grain size of 1-2mm.

I guess it's not so much of a concern if you know what you're doing from the get go. But if you're not so sure mixing will likely become a problem after repeated maintenance and from moving plants around, for instance.

I know Filipe sometimes places sand on AS too but he usually only covers a small amount or a thin layer toward the front. And he often uses courser gravel in between as a barrier and to give a more naturally graded effect.

But for most of us mere mortals I still wouldn't recommend fine gravel or sand on top of AS especially since there are perhaps more suitable and cheaper alternatives that may work just as well or if not better
.
Aquazeitgeist. YouTube
A Brief and Incomplete History of Aquascaping. Soil Substrate Planted Tank - A How to Guide
Schism Reimagined. NatureScape. Return of the Shallow. Windswept Eternity, Primordial. The Dark Side or What Lurks Beneath
You must log in or register to reply here.
Similar threads