Wolf6 said:
Tbh just getting tips on how to improve would be the best win for someone like me, regardles of rank
Click to expand...

That’s the sort of spirit that this comp idea could ideally be about, for everyone really, no one is beyond learning from others regardless of how skilled they are. Suspect if it got traction it would be quite demonstrative of how to generally prepare/run a clean tank as a by product, rather than dealing with algae queries one thread at a time. Wee bit more efficient manner of getting good practice across with actual evidence at the end of the methods working.

Despite the many comments across many threads suggesting a UKAPS comp annually, would hazard a guess there’s far more opposition to this idea than is reflected in the voting so far.

On the flip side of the coin... Is this something UKAPS want the community to be identified with? What incentive do UKAPS have to handle yet another thing? Could it be monetised to the benefit of UKAPS funding? Would it bring in further membership or hinder it?
Last edited: 16 Nov 2020

Would it be worth having a single competition with an overall winner but also prizes for each category? A bit like Crufts. Obviously I'd like one of the categories to be Clueless Noob.

Karmicnull said:
Would it be worth having a single competition with an overall winner but also prizes for each category?
Click to expand...

Given all this is a hypothetical, why not @Karmicnull

You’re not alone. Perusing other forums a scaping contest for newcomers to aquascaping seems a popular idea. Someone is going to do it sooner or later, may or may not be UKAPS though.

LondonDragon said:
We can always send @George Farmer around everyone's house to take the photo/video!! that will standardize it
Click to expand...

George protests and says no, it will drive up his yearly transport costs.

UKAPS solution to the problem: 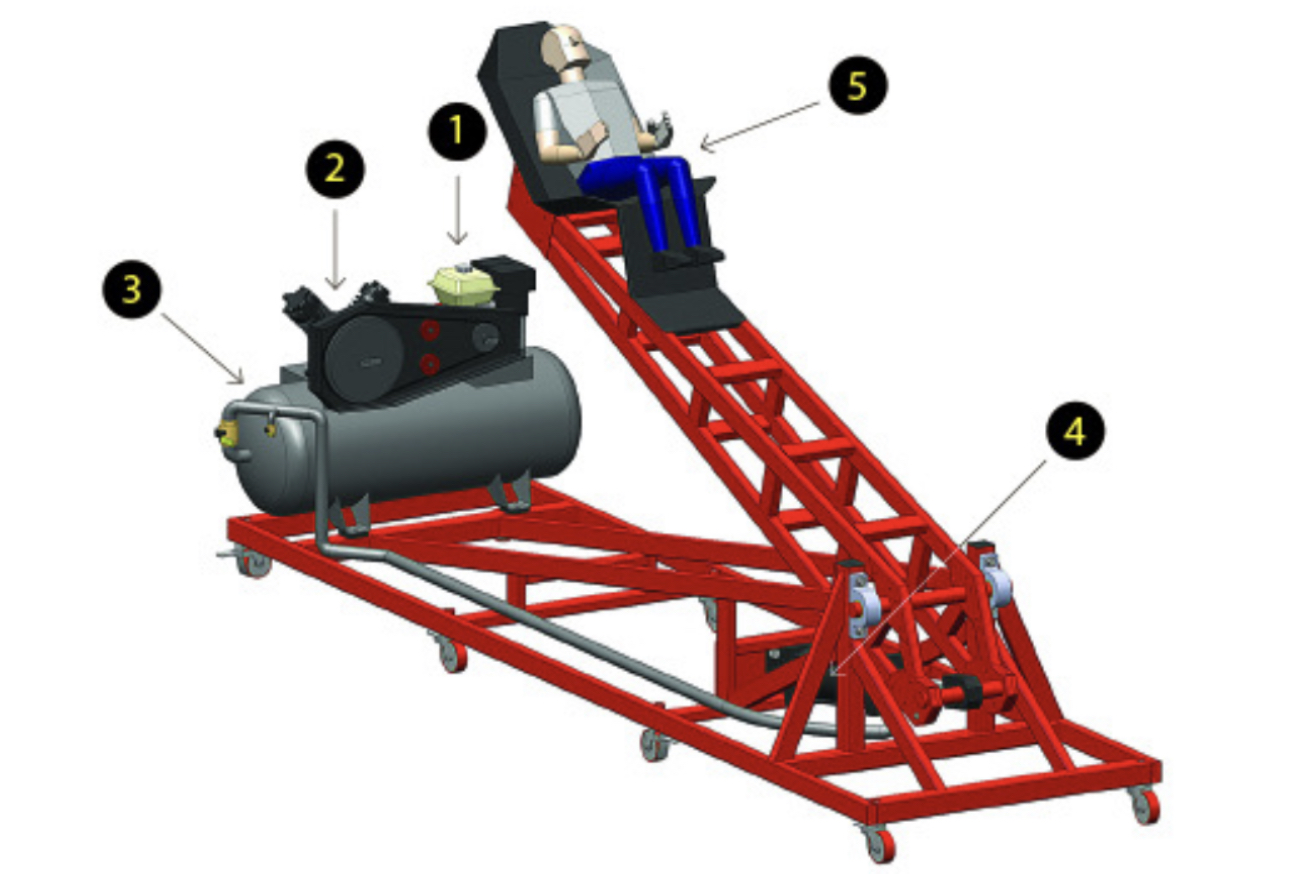 Rule 2 - We do not talk about photoshop!

“To know Mother Nature is to not photoshop her smallest creations”

Seriously I would love to visit the best aquascapes in person!

When creating categories or calling the competition a 'Nature Aquarium' contest, you now must come up with satisfactory definitions. I'm not fond of categories for beginners or other cases, but you could get around defining 'Nature Aquariums', by creating and adhering to judging criteria designed to favour prominent features of 'Nature Aquariums' and I believe this is what Tim has suggested. If UKAPS were to host a competition I would suggest not to create categories, as this forum has limited reach and there are already successful niche competitions such as for biotopes.

As a substitute to a competition, UKAPS could have a series a ToTM (tank of the month or at any other interval). This is popular on reefing forums and has the benefits of not requiring judging panel as members vote for their favourite aquarium and is more focused on sharing advice.

George Farmer said:
Seriously I would love to visit the best aquascapes in person!
Click to expand...

glasscanvasart said:
As a substitute to a competition, UKAPS could have a series a ToTM (tank of the month or at any other interval). This is popular on reefing forums and has the benefits of not requiring judging panel as members vote for their favourite aquarium and is more focused on sharing advice.
Click to expand...

Why not have both?

There's no reason why not
.
Aquazeitgeist. YouTube
A Brief and Incomplete History of Aquascaping. Soil Substrate Planted Tank - A How to Guide
Schism Reimagined. NatureScape. Return of the Shallow. Windswept Eternity, Primordial. The Dark Side or What Lurks Beneath

glasscanvasart said:
UKAPS could have a series a ToTM (tank of the month or at any other interval).
Click to expand...

I'm not keen on the idea of aquascaping as a contest, but I am liking the sound of this.

My rationale would be more contests could mean that you could have one month for non-aquascaped tanks, a bit like the mongrel section at Crufts, rhythm-less celebrity on "Strictly Come Dancing" or the Turner Prize.

Personally I've already spent many years (and many iterations) perfecting curating my aquascaped interpretation of Tracey Emin's "My (unmade) bed" and <"the final photograph of it">.

Minus the skid marks...
.
Aquazeitgeist. YouTube
A Brief and Incomplete History of Aquascaping. Soil Substrate Planted Tank - A How to Guide
Schism Reimagined. NatureScape. Return of the Shallow. Windswept Eternity, Primordial. The Dark Side or What Lurks Beneath

Tim Harrison said:
Minus the skid marks...
Click to expand...

Where is the divide between folks who will demonstrate the aptitude and attitude that determines the altitude that’s required to enter the IAPLC/EAPLC and those that can’t? Trick question; there are no prior requirements to enter.

But it does demand a broad set of skills which most people don’t currently have on their own for whatever reason. With a bias toward a community spirit, reckon you could upskill a lot of folk with a more friendly attitude and organised communication regarding the required skill sets. This argument sits aside from whether you value aquascaping as a ‘thing’ or not, by having a following ‘it’ is.

Personally, I like Josh Sim’s attitude towards his first and second scape. According to Josh, that improvement happened being part of a small self selecting group with the sole purpose of improving through a healthy amount of competition. Get that certain folks are against the idea of competition in something like aquascaping. However, those that see how rivalry generally up’s your game, your motivation and time investment... it’s a largely positive experience. It drives results that wouldn’t have happened otherwise. It also introduces a deadline for the procrastinators amongst us which is not to be overlooked. There’s the ‘best’ aquascape you can produce and there’s the one that is ready on time. Don’t let the best become the enemy of the good, there’s always another chance next time around. This is a process.

The entirety of the ‘categories’ and ‘rules’ argument can be put to bed simply by adopting EAPLC rules if that is possible without legal repercussions, if you discount biotope’s. It at least sorts the annual comp side of this discussion with minimum effort unless someone fancies a rather long and arduous period of argumentation, an argument that will ultimately only end up in a disorganised jumble of people’s biases and preferences. The existing rules of the EAPLC allow for creativity whilst coercing a general sense of order that doesn’t stifle creativity... if it ain’t broke there’s nothing to fix. The only side of the hobby that would require a category with its own unique judgements would be biotope, the judges would require detailed knowledge of what they represent for comparison.

@glasscanvasart ’s suggestion of Tank of The Month is brilliant in that it’s decided by community opinion, easy and cheap to implement, facilitates further discussion about why people find it justified and is inclusive to as broad amount of people as possible. It isn’t mutually exclusive to the idea of a well thought out UK based competition though.

Time for a reality check based on the current status of the poll:

Playing devils advocate... You ain’t got a competition so far folks. It’s a house party at best. There’s still plenty of ground left in order to figure out what people want. Also waiting to hear back on how this whole endeavour would benefit UKAPS funding? Something we all share a vested interest in for the future and ultimately incentivises the forum to even consider hosting such an event. Incentive works both ways and feel this point needs underlining for it to be a realistic prospect.

On the plus side, the human catapult idea can now be disbanded

Just kidding; I vote for scapes with no living plants!
From Sydney , Australia

Geoffrey Rea said:
According to Josh, that improvement happened being part of a small self selecting group with the sole purpose of improving through a healthy amount of competition.
Click to expand...

Just like playing an instrument, to improve, you have to practice. No difference when it comes to scaping. 10000 hours and you are on your way to mastery. Goal oriented practice (for example by the TAU) is the fastest way to improve.
From Sydney , Australia

George Farmer said:
Seriously I would love to visit the best aquascapes in person!
Click to expand...