Hi
Appreciate this may be a bit specialised,but had trouble posting on the BCA
I got hold of a trio of Nanna Anomola about 6 weeks ago.
They were in a quarantine tank for 4 weeks, during which everything was fine,including the colouring which was just like every library photo i've seen.
Introduced them into my Rio 180 (lots of plants, plus couple of pots), first 2 weeks fine;but now one of the females has developed half a black face.The colouring seems to fade at certain times but doesn't dissappear.
The male isn't giving her a hard time, though the second female will chase her off from time to time.
She's active and eating ok
Any thoughts on why this is? 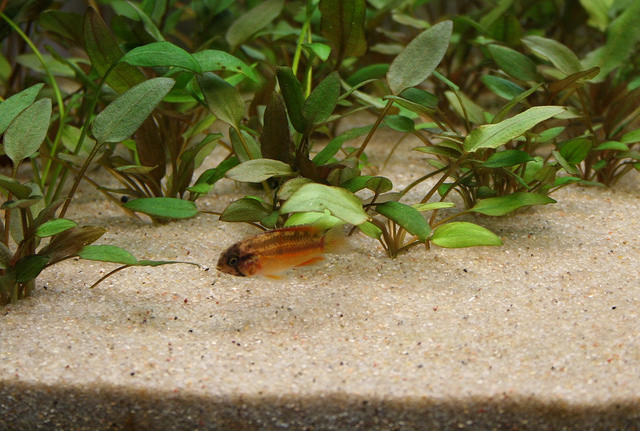 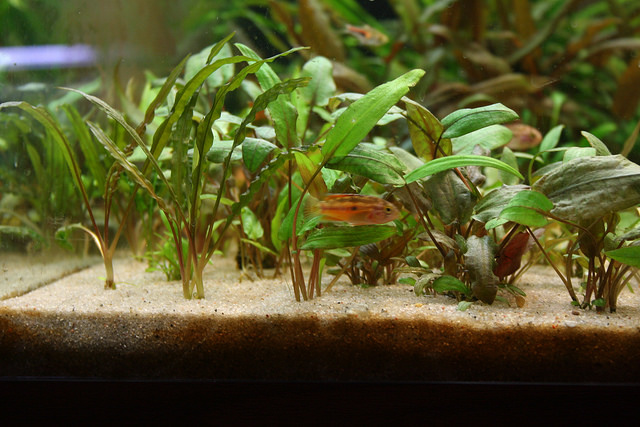 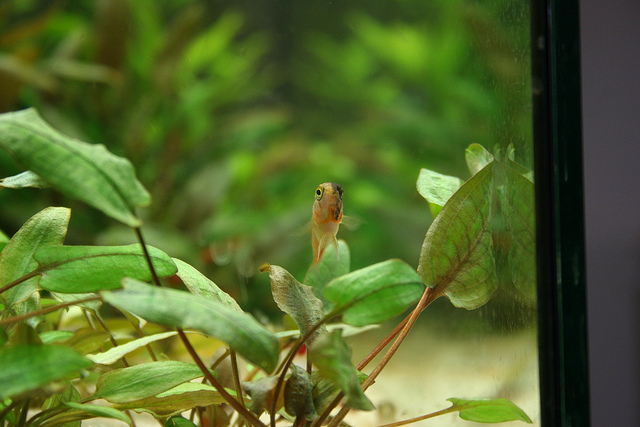 Having no idea about this species but since you say it appears to be acting normally and you observe a colour fade in the dark patch, i can see from the last photo the markings are split down the mid line on the face and the dark spot mid body is darker on the side without the darkened face than the other, it could be a chimera that is showing a colour split. Maybe?
Aquatoon - Planted CRS Tank

X3NiTH said:
i can see from the last photo the markings are split down the mid line on the face and the dark spot mid body is darker on the side without the darkened face than the other
Click to expand...

This is true.
Not sure I understand the comment about a Chimera ?

From what i understand a chimera is two different animals from the same species interbreeding and in a 1 in a whatever million chance are you end up with the two animals in one body plan displaying colours of both but split mid line. Split lobsters, half n half cats, loads of animals display chimeric markings. If you discount injury and disease it could be an explanation for what you're seeing.
Aquatoon - Planted CRS Tank

Thanks for posting
Thing is, the colouring was normal for the first 5 weeks.
Only in the last week,has the split occurred.

If the black has only just appeared it's more likely to be a neurological problem than a chimera.

Hi, I also have a trio of this species and they seem to change colour depending on which stage of the breeding cycle they are at, i've seen my female that spawns look like your top photo, so id say its completely fine. Once the females have eggs and then fry they will go very black and chase the male away.

Sadly,the half split colouring isn't normal.The female lasted about 10 days before dying.
The consensus on the BCA seems to be that symptoms like this occur occasionally in SA cichlids,as is usually fatal.
You must log in or register to reply here.
Similar threads