Way back in 1994 a couple of guys wrote an article in The Krib on algae eating cyprinids and how to distinguish Crossocheilus siamensis, the Siamese Algae Eater from the likes of the Siamese Flying Fox and the Chinese Algae Eater. Pretty obvious you might think, but back then the SAE was not as well known as it is today. Algae Eating Cyprinids

However until perhaps the last few years it was not common knowledge in the hobby that Crossocheilus siamensis was not actually a species and referred to a few closely related species of which at least two are pretty common in the UK trade.

What is the big deal? Well they might look very similar, but they exhibit different behaviours. One species having the more desirable traits and the other less so.

Mr. Desirable; Crossocheilus langei, the Red SAE.
It grows to a good 6" and munches on BBA which few other fish if any will touch. 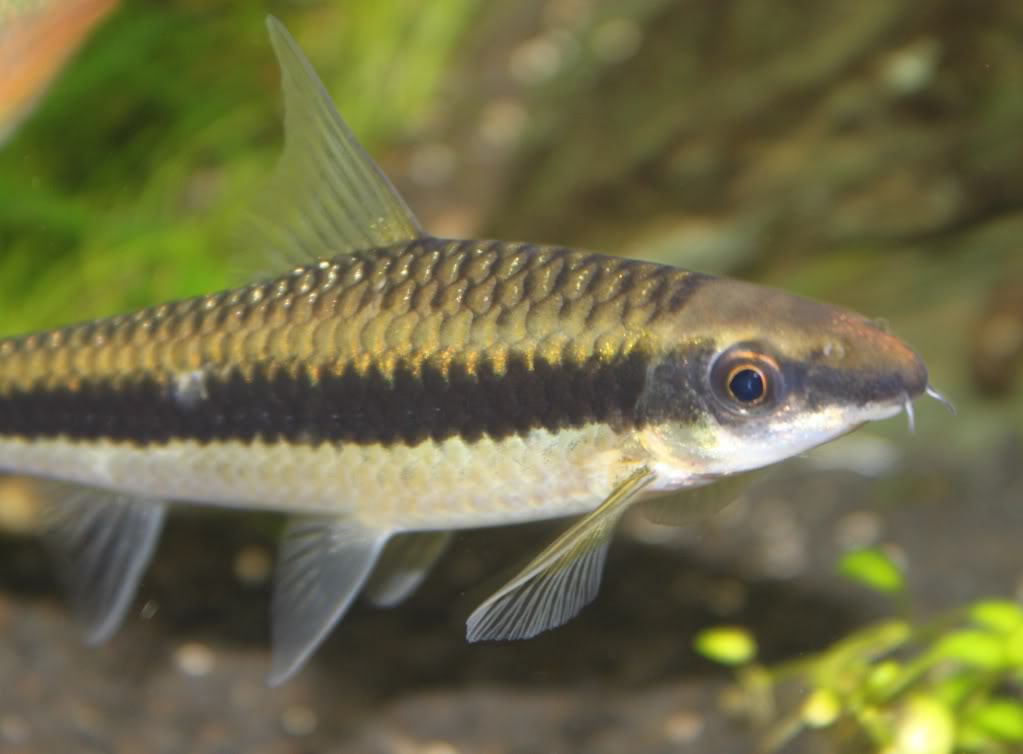 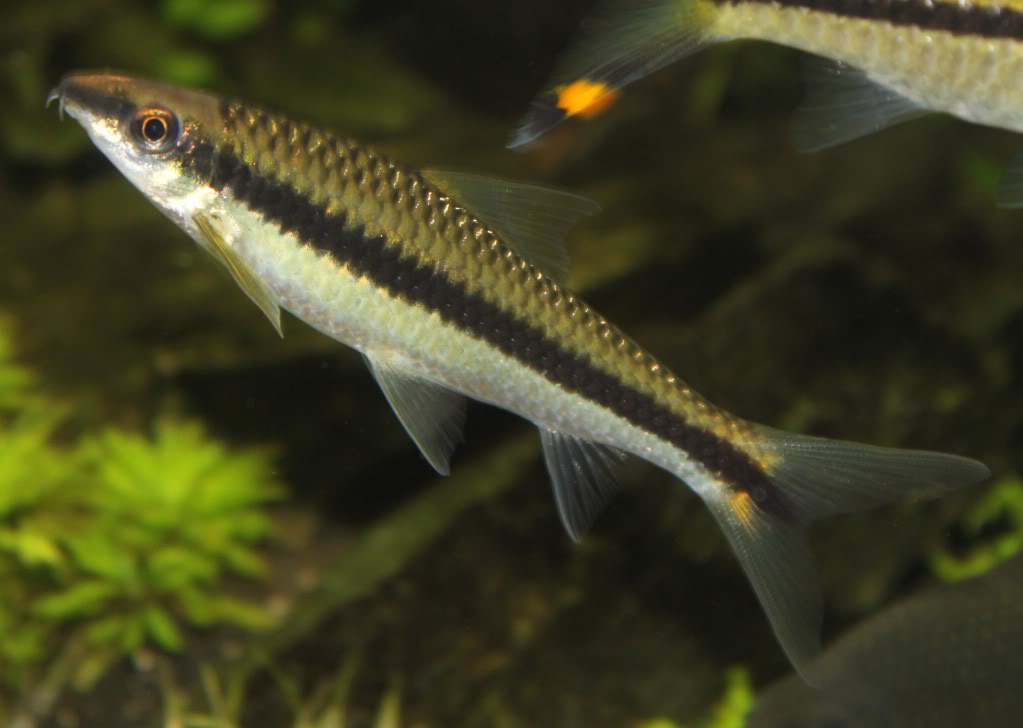 Mr. Somewhat Naughty; Crossocheilus atrilimes.
this fella is smaller, grows to 4" probably its only advantage over the Red SAE, appears to have a shorter snout and a better distinguished light golden line above the black one spanning the length of the fish.
Not so great is that while it generally munches on algae, its not so great with BBA. Possibly even worse is that it tends to have a penchant for moss. 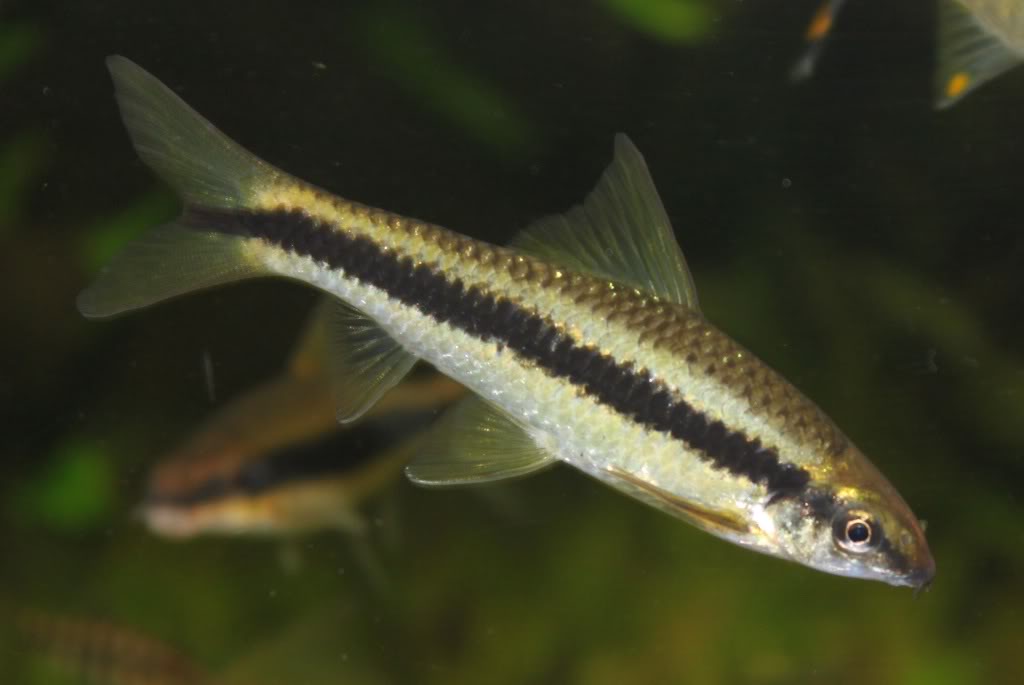 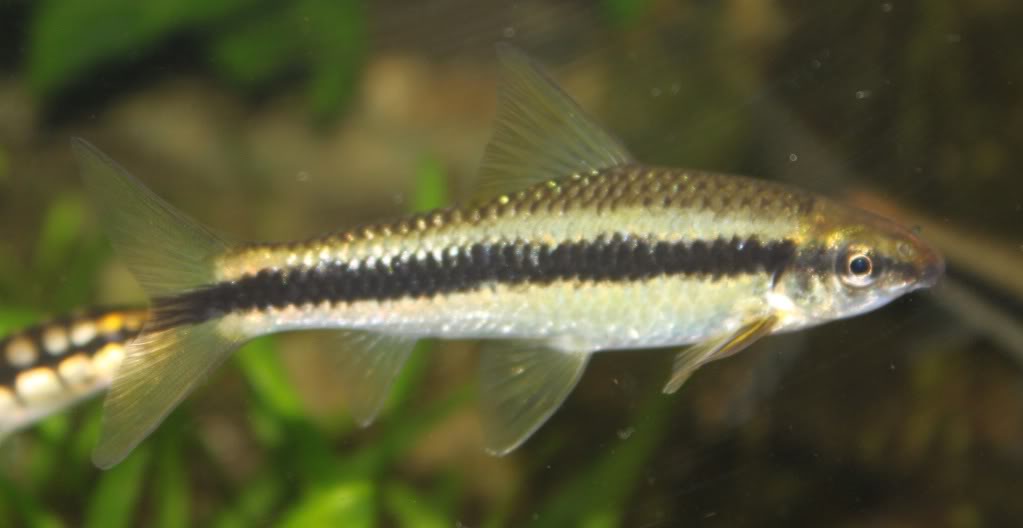 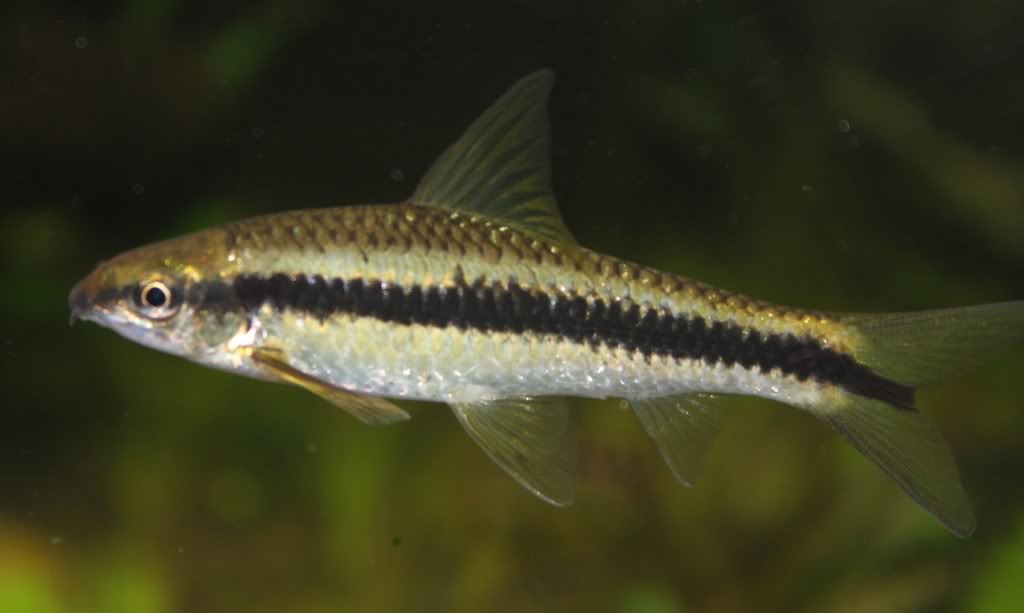 On a side note there is another algae eater of the same genus that is often touted as being even better at general algae munching, although I think that might just be down to it growing to a larger size (7-8"). This fella is C.reticulatus, the Reticulated Algae Eater:

There is more information available on the net from other people. Since I have both of the commonly found "C.siamensis", i thought taking a few photos might aid others who have particular needs from their SAE's and dont want to end up with Mr. Naughty.

Personally I quite like Mr Naughty, I just do not have much moss anymore.

Update: Mr Naughty is long since dead...too much moss munching.

Great photos Sanj.... I like your names too, I also have a Mr Naughty in the form of a Gourami!
Cheers, Gary

V helpful thread thanks. How much of a jumper are these?
140 forest journal / a hardscape analysis thread / a summary of stuff learned from ukaps / the transparent tank journal

greenink said:
How much of a jumper are these?
Click to expand...

I have six reticulated algae eaters, they are superb algae eaters constantly grazing, never damage the plants and don't bother my other fish.

They seem to prefer caves and they are a little on the big side, mine are all about 5inches and pretty chunky. They are jumpers.

I've got one SAE now. A little marvel. Puts ottos to shame. BBA is close to history. Wish I'd got one a year ago!
140 forest journal / a hardscape analysis thread / a summary of stuff learned from ukaps / the transparent tank journal

They are epic to watch when they get stuck into a bit of BBA, they really have a good tug at it, the little beauties! I find myself watching them all the time...what they gonna do next? compulsive viewing for someone as easily pleased as me
all advice should be taken with a pinch of salts

i have read this thread before , but its quite a challenge to id it when its a juvenile

Glad I saw this thread. Now I'm in a bit of quandary. I have wanted an SAE for a while but I also want to give moss a go. I'll check my local but I assume they are Mr Naughty as you put it.

Any other tips to ID between the two? The photos look more or less the same to me.

NatureBoy said:
Mr desirable has a black smudge on his underbelly
Click to expand...

ah yes , regarding the black smudge , does it have it during the juvenile stage ?

some pics will be good

@mikka the snout is quite a clear indication during adult , for juvies its quite difficult to see

yep as far as I've seen.

limz_777 said:
ah yes , regarding the black smudge , does it have it during the juvenile stage ?

some pics will be good

@mikka the snout is quite a clear indication during adult , for juvies its quite difficult to see
Click to expand...

yep, just a little black streak that could be mistaken for a digestive tract kind of thing
all advice should be taken with a pinch of salts