Growth has been good: 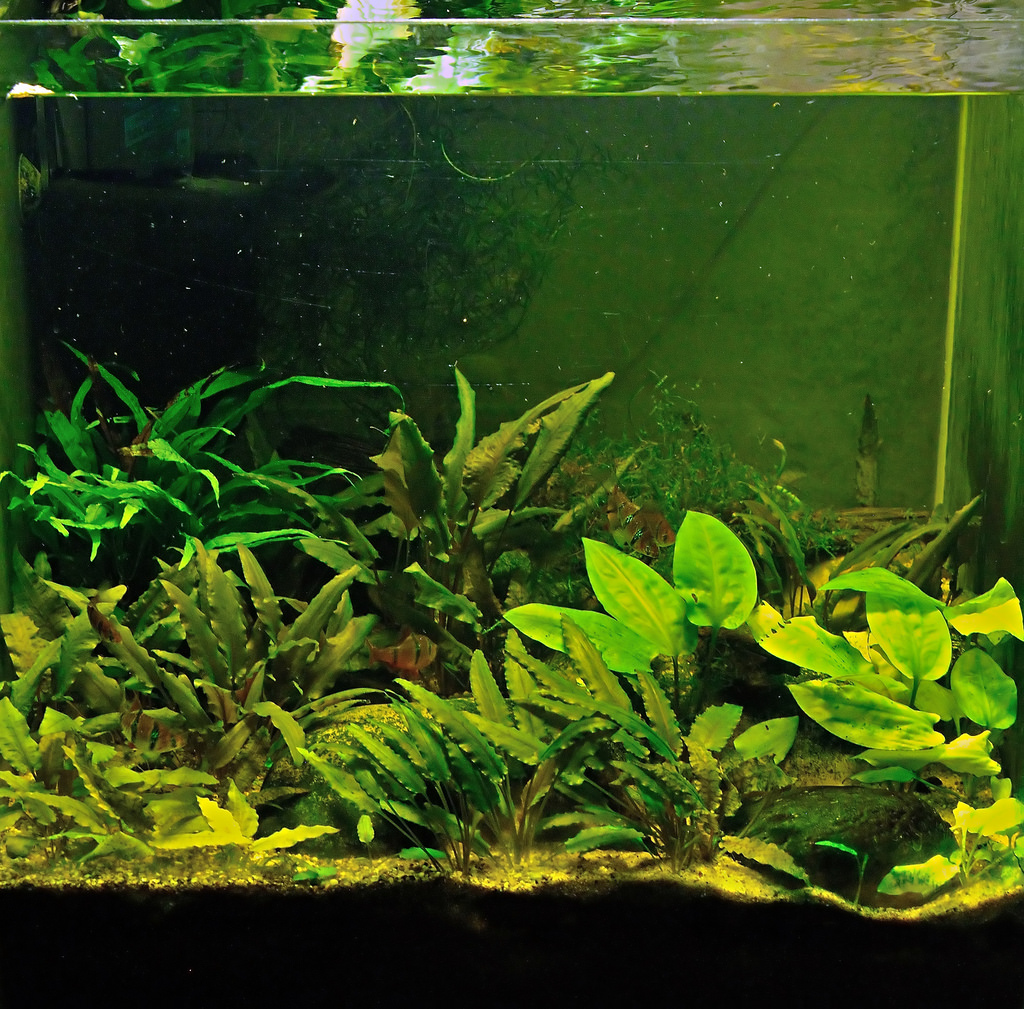 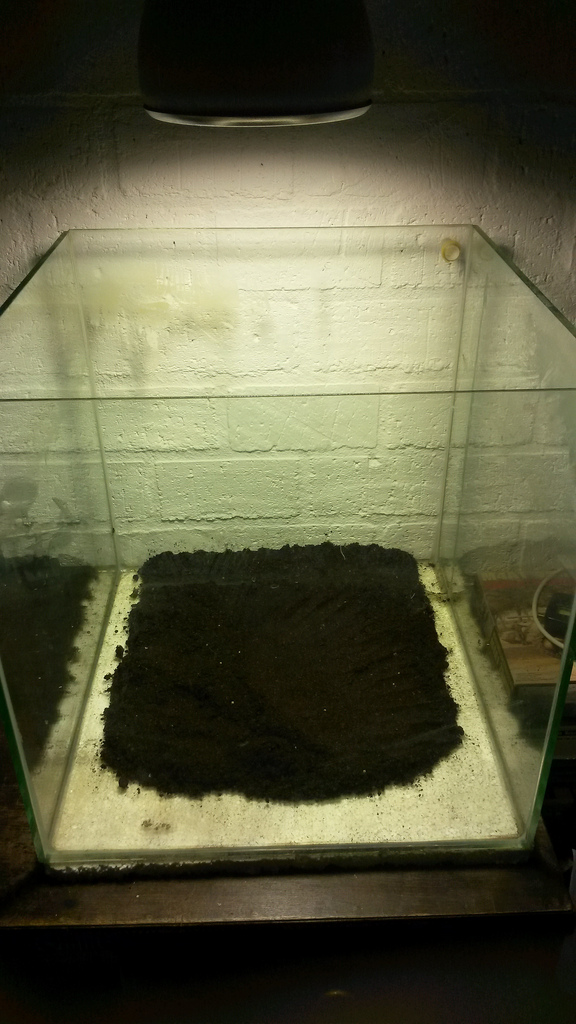 Looks ace.Them plants have really taken off.
It takes a while for the roots to get a good anchoring into the dirt, and when they do,,they fly away!
What's the cyrpt at the back left? balansae?

This tank has become a shrimp multiplying station: 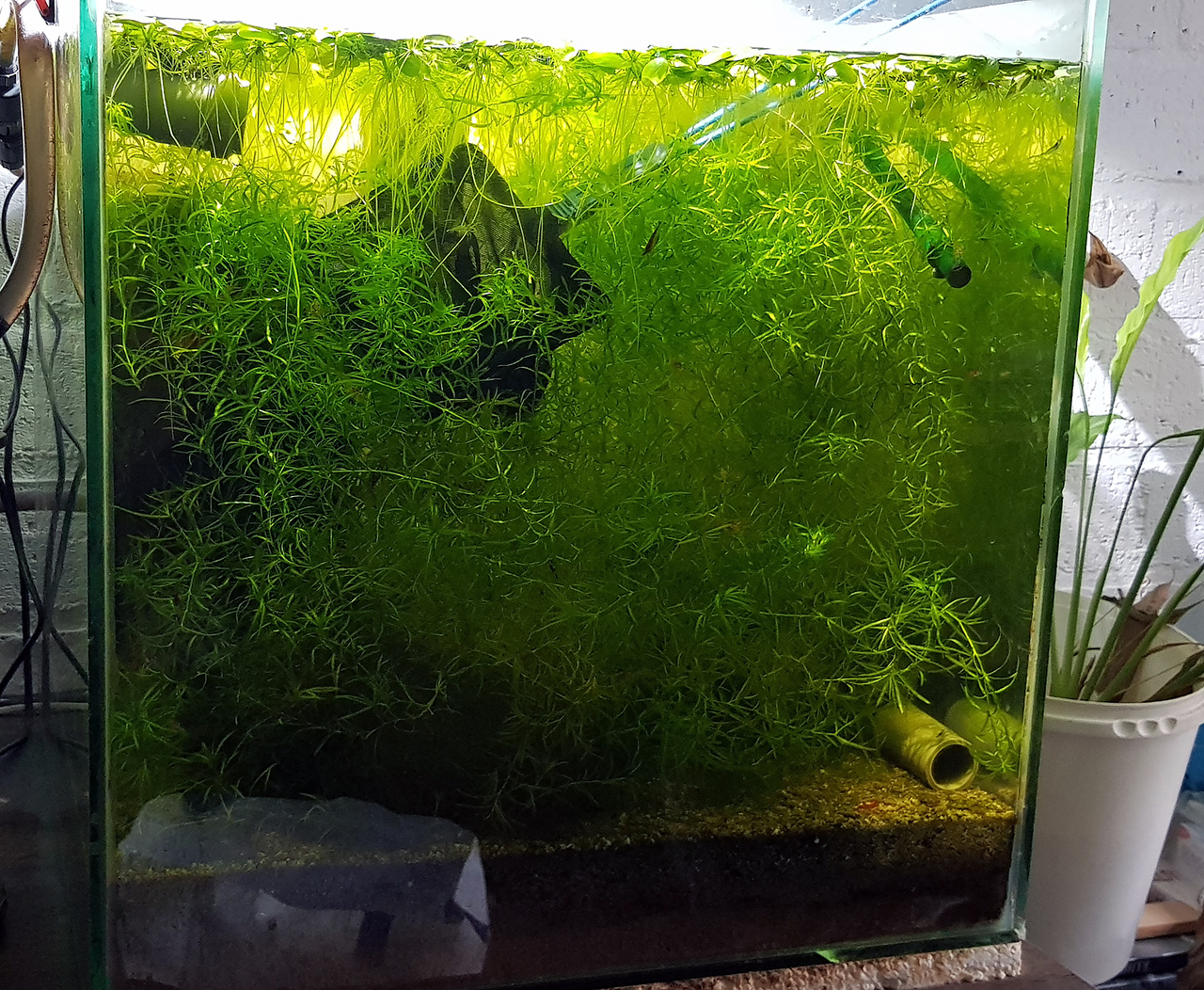 Are they the off-spring <"of these">?

Not directly. I had my first batch in a smaller tank, they did reproduce, but i killed them with to much feed ( i guess). These i got from a guy who bought from the same dealer original, he''s a shrimp guy and bred them too. I bought a batch from him ( mixed with all kind of smaller ones, cherry''s, black ones, blue ones, all low grade) and these have been reproducing too. Tank is full of plants so i find it hard to see, but if i shine a light at night i see at least a hunderd.
From that second batch i threw 10 large ones in the 400 gallon. I saw one two days ago, thats 3 months after i added them
Plan is to add large adults when i see enough of them.
But they were easy to breed.
The guy i got them of said "nobody" wants them because they are afraid they would attack (smaller) fish. I am not worried about that.
Bigger is better!High tech:400 gallon. | UK Aquatic Plant Society (gone low tech 25-6-2014)
Black cube 123 Version 2 | UK Aquatic Plant Society
White cube 123 | UK Aquatic Plant Society

Going well so far ED? Regarding the Balansae, I tend to find they do most of their growing under the substrate for quite a while before they get going above. Once they have enough root system they are the perfect big plant for low tech. I've pulled them before thinking they were going no where just really small plants and the root structure was all over the tank. They just need time but once they get going they are a great texture plant. They don't throw out many new leaves often mind you but the ones they have will just keep growing and growing.
"Man sacrifices his health in order to make money.Then he sacrifices money to recuperate his health,And then he is so anxious about the future that he does not enjoy the present;the result being that he does not live in the present or the future; he lives as if he is never going to die,and then dies having never really lived" 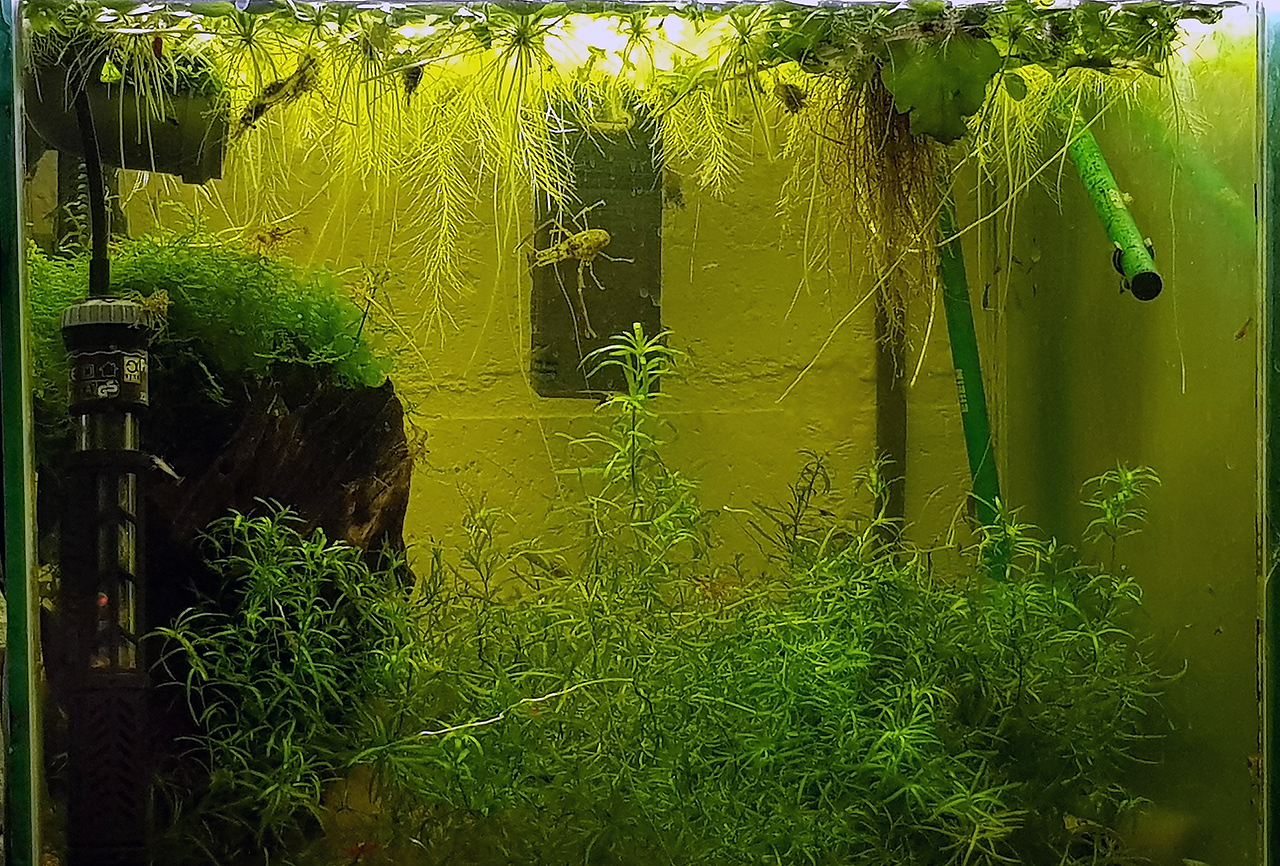