Why are my ember tetras so shy?

That sounds good I will have to try that out! I don't usually run air stones in my scapes for the risk of it looking unnatural however running one at night maybe a huge advantage to my embers behaviour. Do you know of any small and quiet air pumps I could buy as current lockdown means I can't get mine from my other house.

I only have one air pump, so can’t really compare its noise level. But I’ll only be running it at night, so I’m not greatly concerned about that aspect of it.

Since this is very much an experiment, I’d simply buy the cheapest small pump you can (with air line, stone and check valve), and if it doesn’t solve the problem simply keep it as a piece of emergency equipment.

I agree about not wanting bubbles in your tank’s picture, but you won’t want the air pump running during the photoperiod at the same time as CO₂, since the bubbles will simply be driving off CO₂.
__
David

Just a little update on this...

I think it’s now been three days that I’ve been running an air pump - now plugged into a timer coming on at 01:00 (3 hours after lights out) until 09:55 (5 minutes before CO₂ comes on). I figure that after the end of the photoperiod there will be decent oxygen for a few hours before it needs boosting.

And my embers have never been so active! Gone are the periods when none of them were visible; now, there’s a decent number of them on show, centre stage, all the time, jostling, bickering, asserting pecking order, etc. They also seem slightly less quick to scarper when there is movement near the tank.

It has taken me a while to figure this out, because I didn’t believe oxygen could be a problem in a heavily planted tank, and also because I attributed the languid behaviour to excess CO₂ - in fact a few weeks ago I was experimenting with reducing CO₂ to hardly anything. This didn’t improve the embers’ activity, but it has given me a few tufts of BBA to contend with!

I may yet experiment with increasing my CO₂ bubble rate, which will enable me to shorten the “pre-gassing” period prior to lights-on, during which there is no aeration or photosynthesis.
__
David

Glad to hear you are having a lot of success with your ember tetras! My air pump arrived today and I have plugged it in to run over night, forgot to buy a timer though because I thought i had one. Will get one over the next few days. I hope I have similar success to you, similarly I thought that oxygen wouldn't be an issue in a planted tank but I guess it is. Have you ever used a Twinstar water steriliser, they work by electrolysis and produce oxygen and hydrogen micro bubbles. I would like to try one to see if they help with the oxygen issue but unfortunately don't have the cash to buy one atm as they are quite expensive. If they worked it would be a nice replacement to an airstone.

Yes, I’ve got a Twinstar M3 in my tank. I notice now that the oxygen bubbles linger in the water for much longer. Previously they dissolved in about 10-15 seconds, but now they hang around for at least 30 seconds. I think this indicates that the water has more oxygen in it than before, but also tends to suggest that the air pump running overnight has a more powerful oxygenating effect than the M3.

I really hope you get the same effect as I have, because the change in the embers’ behaviour has been amazing.

Elliott_Fordham said:
I can not dim the light.
Click to expand...

You have the Twinstar 300E, correct? I'm quite sure this is an easy solution and you can dim it very easily, I can't see anyone else mention it so sorry if they already have.
There's a nice, cheap solution which will control both the time and light intensity; it's sold under various names and brands but look at the picture below for a couple of examples.
I do have a couple spare at the moment which are new and I'm sure I can help you out.

Elliott_Fordham said:
I have a glass lid and to do cut outs would require various pieces of equipment that I don't own
Click to expand...

You might be surprised on how easily and cheaply this can be done in a fashion if you haven't found 'a proper' solution yet? - I've seen you've found a way but unsure what that is.
This will depend on the type of glass you have

Onto the Ember Tetra, I have a larger group than you and up until a few days ago were in a smaller, temporary aquarium around the same volume as yours where they were quite content but they are now in a much larger tank and whereas the Neon Green Rasbora spend most of their time out in the open, the Ember Tetra seem to enjoy the cover. Maybe also worth noting that from time to time the Ember Tetra enjoy coming out and swimming into the much stronger flow. My aquarium display dimensions are based upon those of an AS900, lighting is a Twinstar 900S on around 70%. 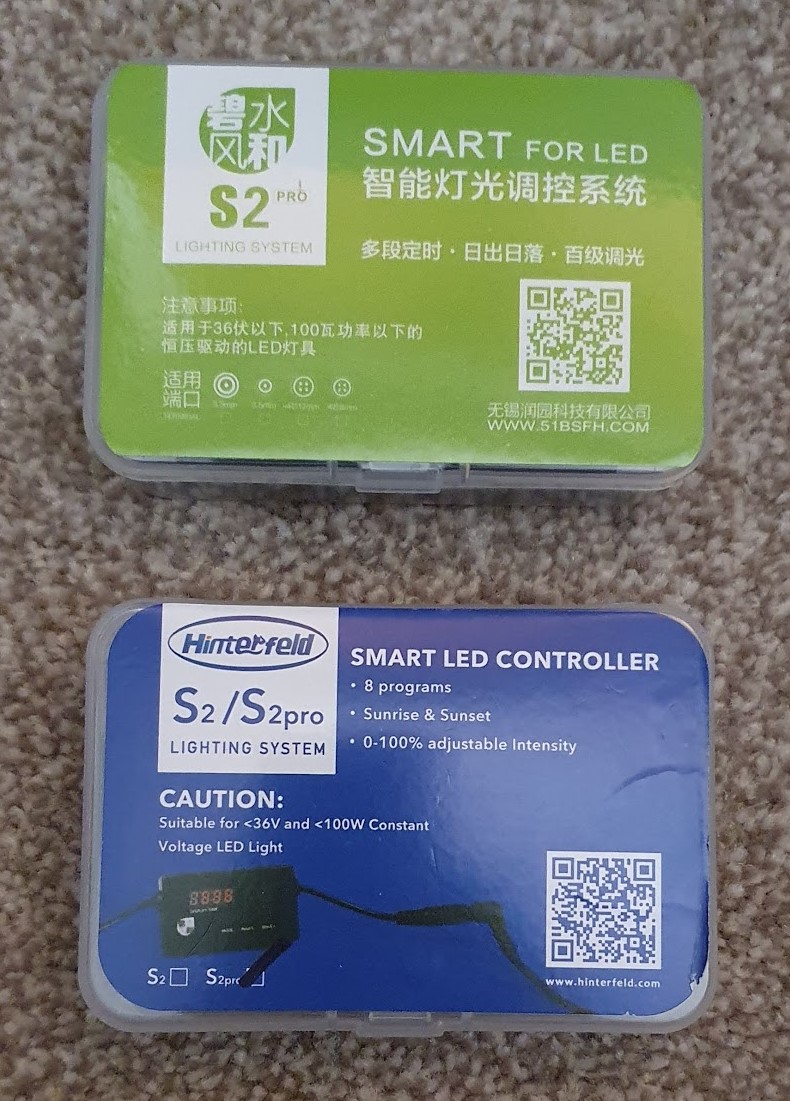 Interesting. I may be imagining this but I seem to recall reading that Amano himself recommended raising your filter return at night to provide surface agitation and so better aeration. So this is certainly a thing.

As an alternative to an airstone, if you still wanted to automate this you could perhaps have a small pump with a spraybar that was above the surface. I’d be interested if that has the same effect on Ember Tetra behaviour...

Or just run a HOB filter of course, but that’s not very CO2 friendly!

Smarter minds than mine might also be able to conceive some kind of aerator that could be in the filter return run safely hidden inside your cabinet...
---
Ray
Always learning ... [Active] 10l nano DSM See my 200L 90cm tank journal... See the rescape of that 90cm

Just to illustrate how active my embers are now, just with overnight aeration...

(That Pygmy Cory is doing a very poor impersonation of an ember tetra, but he’s putting everything into it!)

And yes, I should clean off the diatoms from the end walls.
__
David

Those Ember tetras look great! Swimming around loads! I've been trying with the airstone for a couple nights now and haven't really seen much change? is your light slightly dimmed or dimmer specs than mine just out of curiosity?

I’m putting something like 2,000 lumens into this tank, so it’s very high light. And now the embers don’t seem to care about the bright light. I do have some frogbit, as you can see in the video, but I use polyester thread to constrain it into two sections at the ends of the tank - in the middle there’s no cover at all.

That’s a pity it hasn’t worked for you, because for me the change has been huge. I really hoped I had hit upon the solution to your problem as well as my embers’ occasional reticence.

Maybe, just maybe, the presence of the frogbit at the ends does give the embers the confidence to roam around the uncovered areas. But before my nocturnal aeration they were often hiding despite the frogbit, so maybe they need both the oxygenation and a bit of cover at the sides?
__
David

Yes i think that is potentially the solution to the problem as the light is off in my aquarium and all the embers are swimming around freely in the open areas. I'm thinking about a ramp up ramp down dimmer to attach to my light to see if that helps things. I've heard they are great for the plants as well. I will update you on my progress when I get the dimmer.

Andrew Butler said:
Hey @Elliott_Fordham
There's a nice, cheap solution which will control both the time and light intensity; it's sold under various names and brands but look at the picture below for a couple of examples.
I do have a couple spare at the moment which are new and I'm sure I can help you out.
Click to expand...

Ray said:
Would that work on a ONF FLAT NANO LED light? That’s 15W, the dumb one with 3 pre-set dimming levels not the smart one with an app.
Click to expand...

My honest answer is I'm unsure. I cannot remember the wording but it's something along the lines of continual/constant power.
Cloudy Sky

dw1305 said:
I use the health and colour of a floating plant (so not CO2 or light limited) to give me a <"visual indication of nutrient status">. I called this the <"Duckweed Index">, and Limnobium is a nice leaf green colour.OK so you can't add any more fish.

Re the duckweed index, how quickly does the colour change occur when there are insufficient ferts in the water column, and when you do dose, what do you dose with? Asking as I’m considering using this approach to manage my fertilisation regime.

hypnogogia said:
Re the duckweed index, how quickly does the colour change occur when there are insufficient ferts in the water column, and when you do dose, what do you dose with? Asking as I’m considering using this approach to manage my fertilisation regime.
Click to expand...

Within a couple of days, or quicker, for all the mobile nutrients. With nitrogen you get almost instant greening.

The only real problem is with the non-mobile elements, so in practice really just iron, because the plant can’t move nutrients to old leaves, and it’s only leaves that grow after iron becomes available that are green.

That was one advantage of Duckweed (Lemna minor) it has very quick turn over of fronds, so shows a quicker response than Amazon Frogbit (Limnobium laevigatum) to both nutrient deficiency and nutrient availability.

hypnogogia said:
and when you do dose, what do you dose with?
Click to expand...

cheers Darrel
Last edited: 29 May 2020
You must log in or register to reply here.
Similar threads