A few questions to ask please?

I have a few questions to ask so I thought I would ask them all in one post. I’m still relatively new to it all so thought I’d ask for some second opinions.
First off, a couple of my plants seem to look a little brown around the edges, at first I thought it might have been diatoms but current tank has been set up for a couple months now with everything I could swapped over from previous tank including filter media. 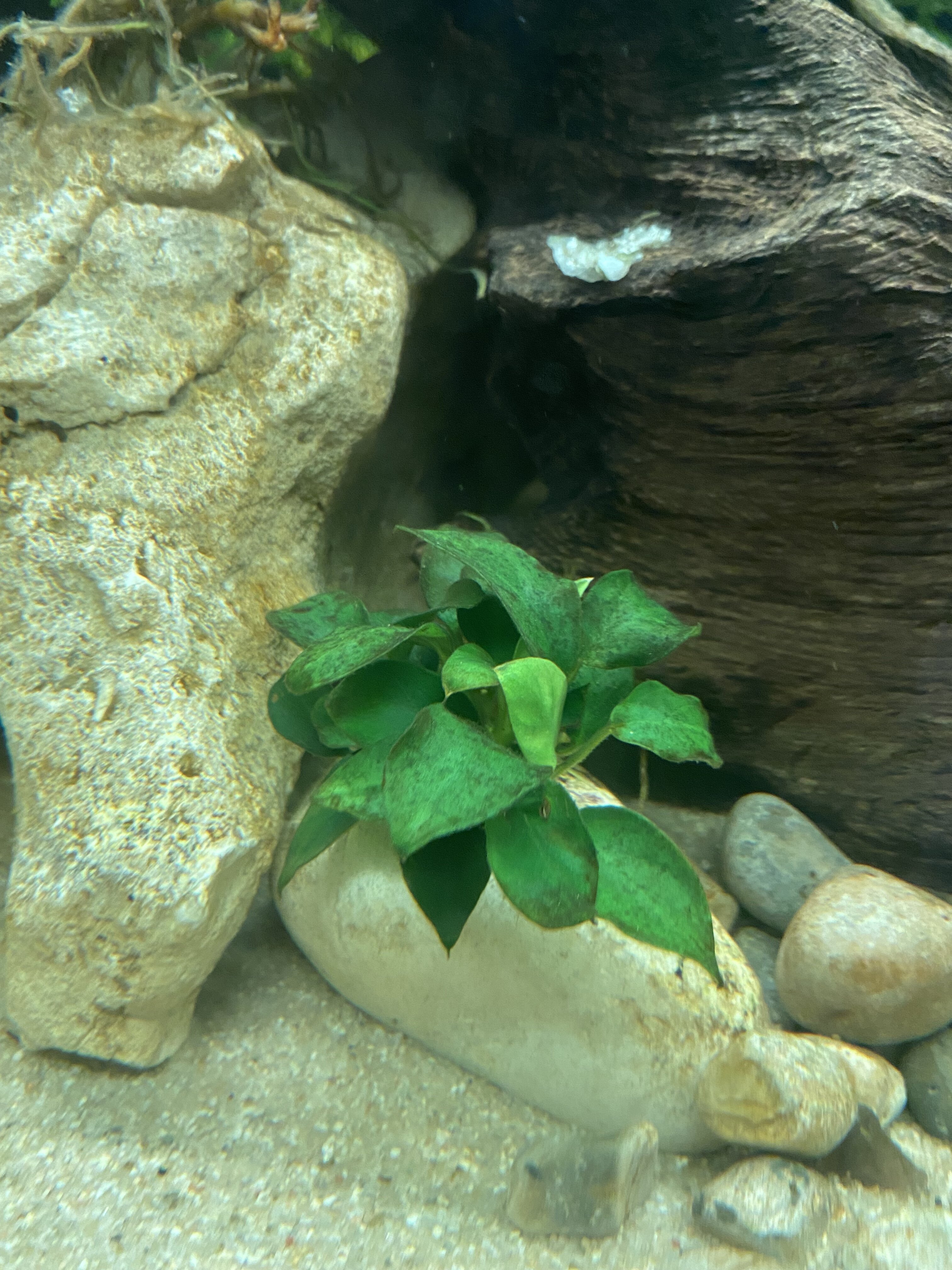 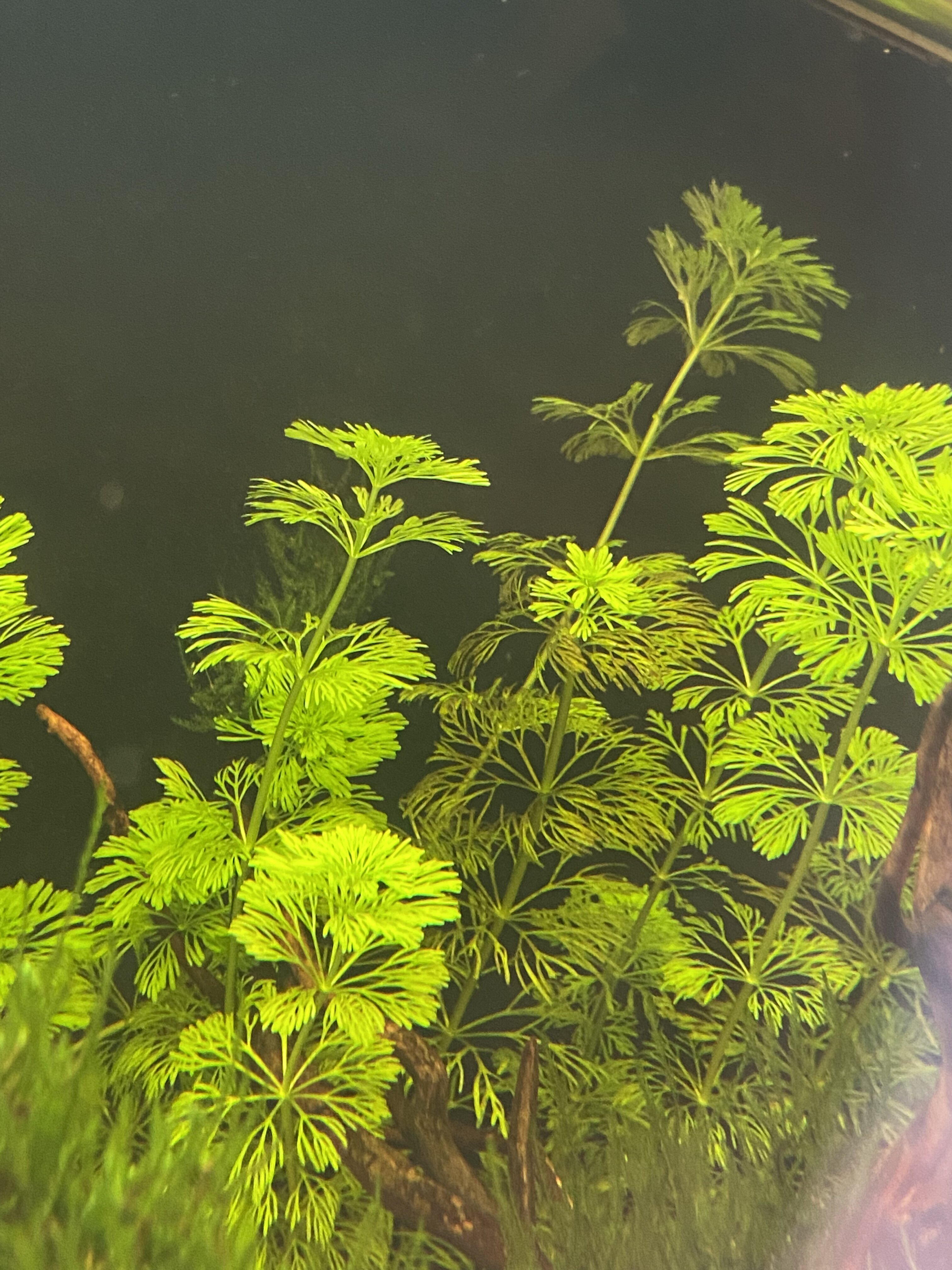 Second question, I not long ago decided to attach bucephalandra kedagang to my rock in my tank and squeeze it into a gap, we’ll my fish have taken it upon themselves they enjoy eating it and this is all that is left… 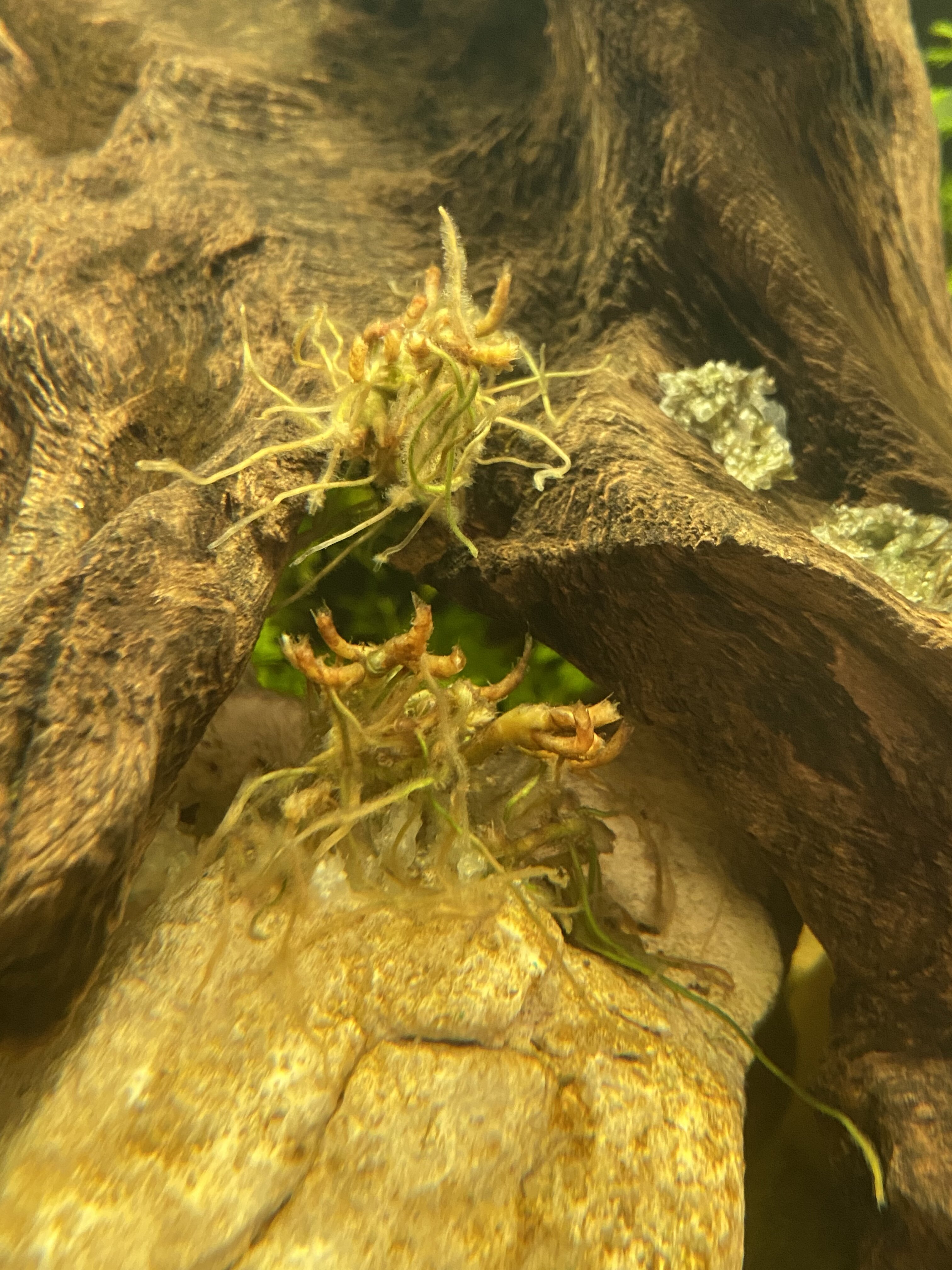 So I’m wondering am I wasting my time leaving it there? Should I just pull it out? The spots of superglue that you can also see was where I attached Monte Carlo but they decided that they wanted to eat that too. I also decided to plant four pots of Ludwigia super red in the back of the tank too, that is also all gone. They’ve ate the lot😂
Any help would be really appreciated, thank you.

Dear Member Please give as many details as possible regarding your aquarium set-up, when requiring advice/help! Please upload photographs if possible. Copy and Paste the list below...and add your answers to each number on the list! 1. Size of tank. 2. Age of the system approximately. 3. Tap...
www.ukaps.org

I do apologise, it’s a low tech tank, just a standard Fluval Roma 200. With the light that comes with it, which I believe to be a fluval aqua sky. The light is set for 11 hours throughout the day but gradually increases to highest setting over a couple hours and gradually decreases over a few hours, so highest setting is only on for about 6 hours a day. The filtration is a fluval u4. It’s not heavily planted by any means but got a few. I do currently use fertiliser, I use tropica specialised nutrition, I use one pump a day which is 2ml.
As for stocking I have:
6 x neon tetras
5 x rummy nose tetras
3 x white widow tetras
6 x zebra danio
3 x platy
2 x ottos
Full view of the tank, tannins still coming out of the wood slightly

Hi
Definitely diatoms there!
You will need to get your plant mass up, looks as though the tank is still not fully matured yet!
I would add floating plants!
Purchase some more fast growing stems and use some as per below Tutorial and plant the rest.

The subject of using fast-growing stem plants as part of a filtering aid has cropped up a few times recently. This idea has been around for a long time so not new,....it has benefits especially for a new set - up. I try and cover at least 50% of the water surface minimum. 1. Improves water...
www.ukaps.org
The lighting is on too long dial it back to 7 hours!
The Kedagang don't look to good, best removing it!!
The fish probably need more feeding if they are snacking on the plants.
A plus point the Anubias look healthy enough....just a bit of diatoms on them which can be rubbed off!
hoggie
Last edited: 26 Oct 2022