Hi! I'm new to this forum and I'm feeling not good about a few of my emersed grown plants. I've recently put more attention to my plants after they've been growing emersed for about a year. I have about a hundred of Anubias golden and also about a hundred of Anubias long wavy. Things aren't looking good for my long wavies as I can spot on them, the dreaded "Anubias Brown Rot disease" as pictured on the first 2 pictures. I just recently cut off the "head" of my Goldens and they're looking nice, but I'm worried that in picture 3 & 4, the disease had begun introducing itself on my goldens. It seems that the insight is on nematode Radopholus similis infestation. Maybe there are some solution? Like using carbofuran bath? Or using animal dewormer?? Thank you

I know this "disease" very well. It started with new forms of Anubias barteri var. nana about 10 years ago. This "disease" is caused by bacteria. The rhizome starts to rot and leaves detach. Such rhizomes can not be saved, I am very sorry, because the bacteria have already spread. It is no use to break off just one piece. You have to throw away the whole rhizome, that is very important! Bacteria also multiply under water. Therefore, it is necessary to regularly control the Anubias stocks. In the aquarium the first sign of this bacteria is the detachment of leaves floating on the water surface. If the leaf stems are brown at their base, then look for the infested rhizome and throw it away immediately. Eventually you will have eradicated the bacteria. It can be a long process over several years. I know what I am talking about! These bacteria have even caused nurseries in Asia to close a few years ago. I hope that is helpful for you. Christel

I’ve had burrowing nematode disease, the outcome is grim, no saving, full obliteration!

You can try to treat with a nematocide but unfortunately because these are burrowing nematodes they will be inside internal tissues of the plant and thus protected from external attack. If I remember correctly a 5 minute dip at 54c is enough to kill them but about 99% of plant tissue obliterates at that temp, only the chunkiest of rhizomes survived the dip but at that point it was not worth reintroducing back to the tank so I sterilised the then Anubia free tank with a nematocide.

Other than the brown mush, what allowed me to diagnose burrowing nematodes was that I had emergent growth of Anubia above the water line in the flow of water from the filter so that some leaves that rested over others had tissue destruction where water from one leaf drops on another, classic symptom of foliar spread of BN. The other confirmation was visual using a 60mm Macro lens in front of a 36Mpx sensor, pictured what looked possibly like Longidorous burrowing nematodes due to the extreme size noted on external diseased tissue. I don’t have a microscope so couldn’t confirm which BN (Burrowing Nematode) was causing the damage to tissues.

I have posted these pictures in related threads here on the forums before if you search for this problem you may find them. Alternatively you can find them here on the first page near the bottom in my Flickr.

Nematodes and bacteria are of course completely different things. Nematodes are little worms that can be easily seen under a microscope. However, the appearance in the photo looks to me like bacterial infestation. Dickeya dadantii is the name of this bacteria. Christel
C

Interesting! I haven’t come across this paper before. These were the symptoms my Anubis’s suffered - 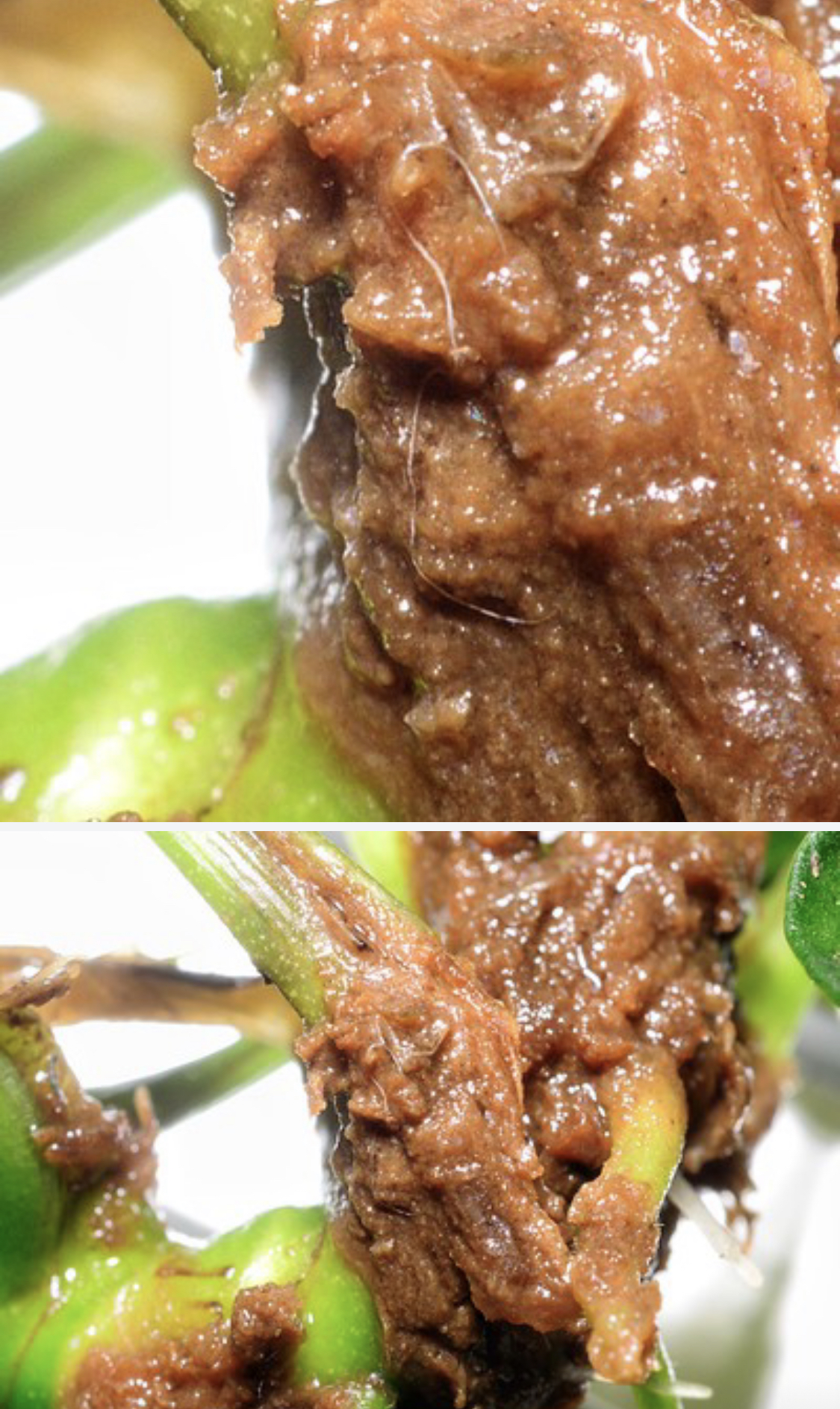 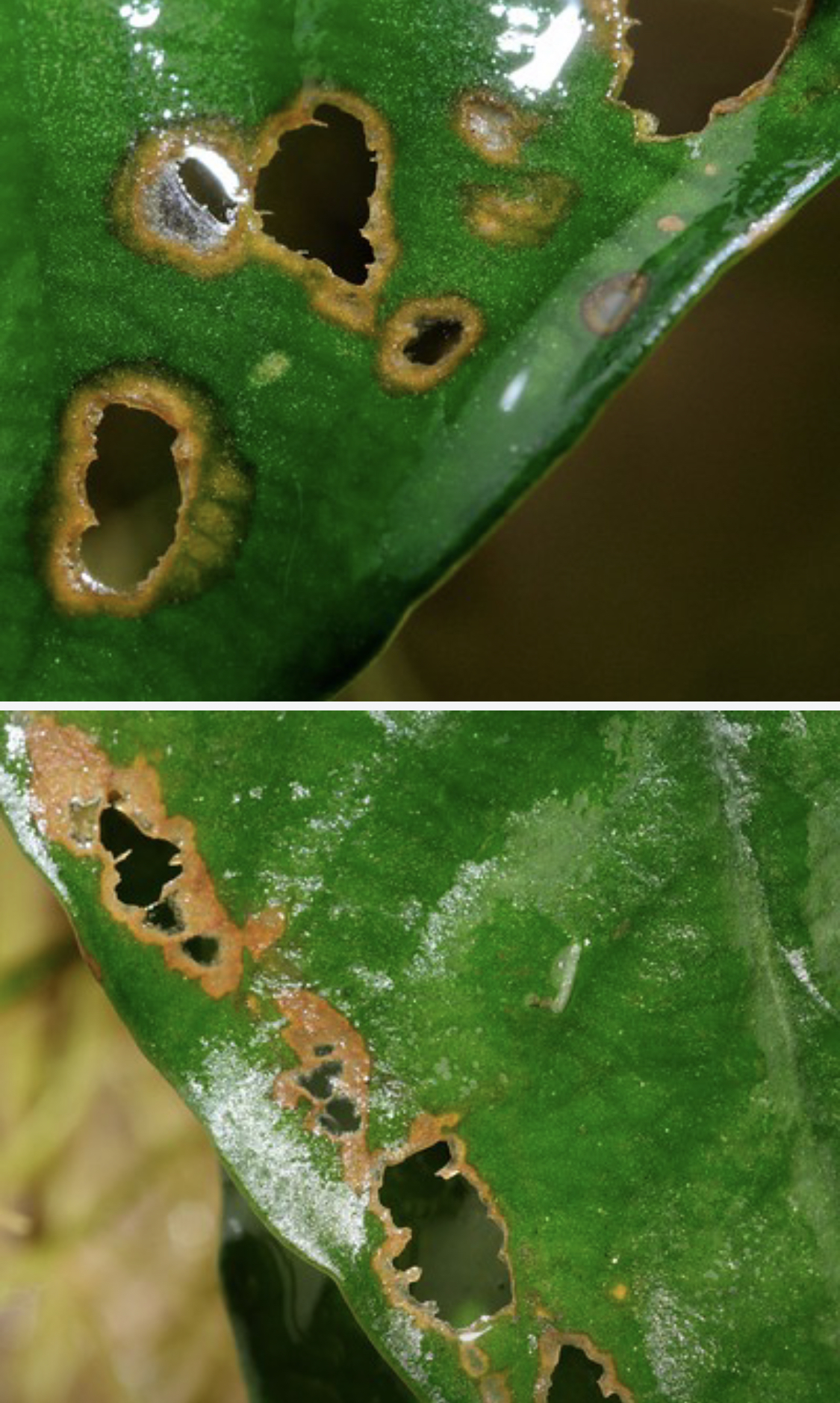 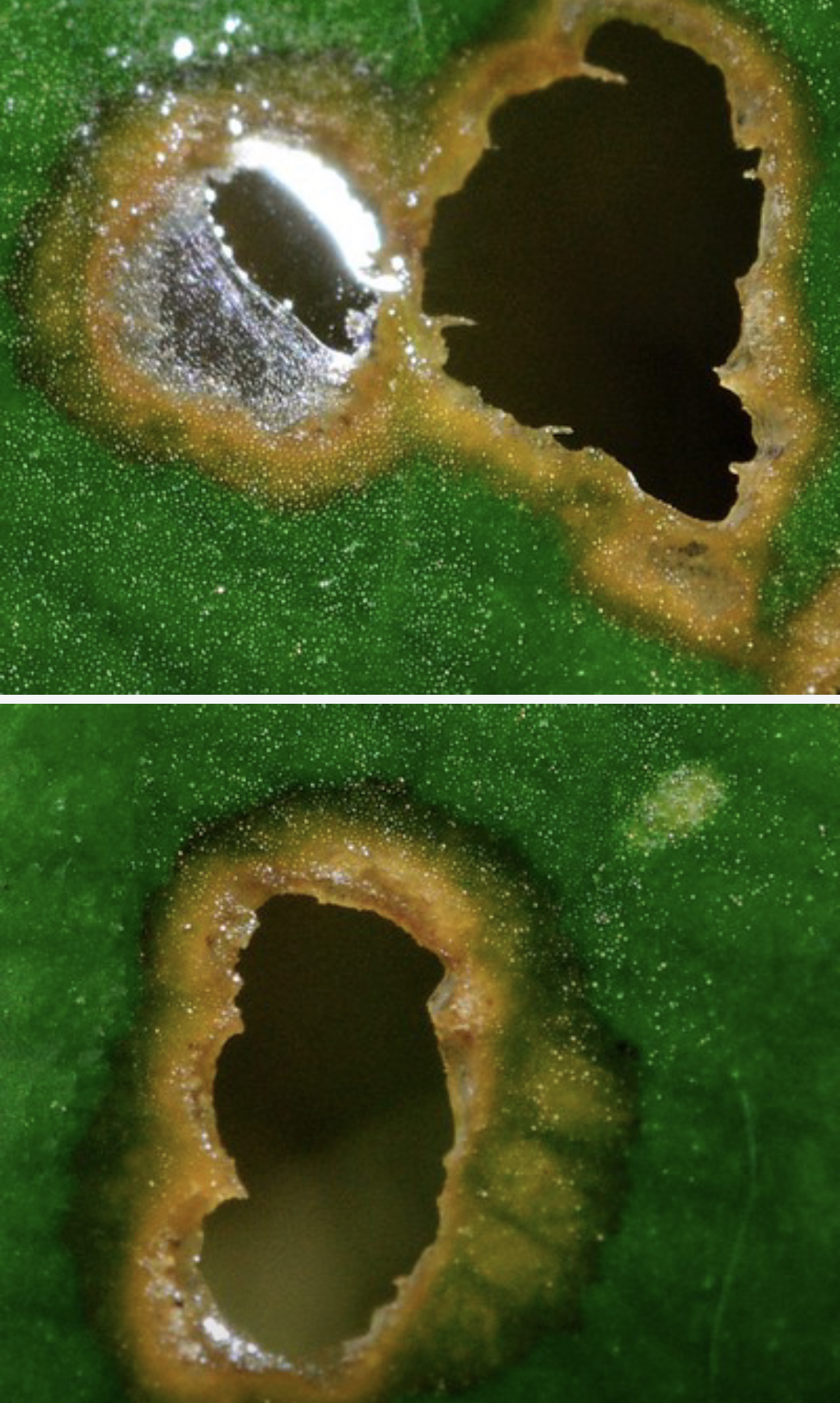 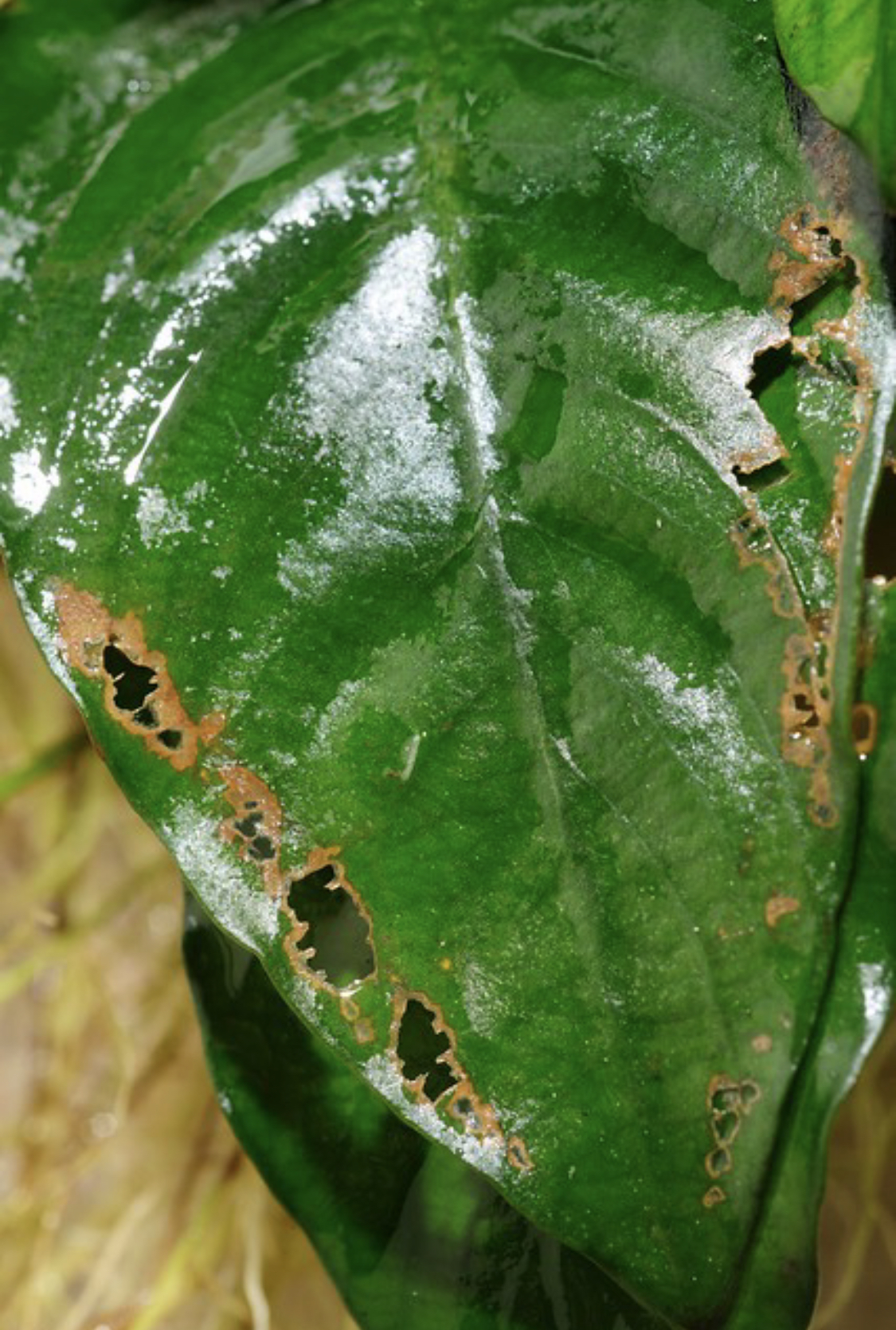 So Anubia have sensitivity to both this bacterium and BN with both being characterised as Anubia Disease. I wonder if there is a connection between the two, the possibility that the BN could be a vector in transmitting this disease to the plants because they are able to directly penetrate tissue, the bacterium digests the tissues allowing BN to feed on the resulting slop. Or alternatively the terminal issue is entirely bacterial in nature and nematodes have a noted presence because of opportunistic feeding and are misidentified as the culprit.

The rapid leaf yellowing and leaf tissue loss at the internodes my plants suffered (both submerged and emergent growth) would be entirely consistent with what has been described for a bacterium in that paper, on the other hand the appearance of emergent leaf tissue suffering damage from being dripped on by another leaf above it is consistent with Foliar BN (last image).

Can I just say I have never seen this since with any of other Anubias I have and I don’t ever want to again, even to experiment with!

Thanks for the info Christel!

WTF, I completely forgot starting this thread and haven't checked in for awhile, but glad I didn't because my plants are looking good until now and it was simply just browning because of cut wound
I'll post some photos later
You must log in or register to reply here.
Similar threads