And so I added some clea helenas...

2 months ago I added 3 assassin snails as I had a proliferation of the common pond snails probably that came through plants. What I had read at that time led me to believe they would not reproduce that much or at least not that quickly. Well ladies and gentlemen that is far from the truth. To be fair though they don't reproduce as fast or as much as the pond snails. Let me tell you the full story...

I removed the 3 clea helenas 2 weeks ago because I was going to add some zebra nerite snails. My plan was to control the population of pond snails with a trap. That failed miserably and I end up killing ~25 shrimps (mainly cherry shrimps) that got caught in the trap and died of intoxication due to the ammonia spike inside the trap. I am going off tracks here so back to the clea helena... So a few days ago I started noticing some empty pond snail shells. I was intrigued as the 3 clea helena had been removed and honestly did not think those 3 assassin snails had reproduced in such a short period of time. After very close inspection though I noticed there were tiny clea helenas roaming around. I was like WTF. I was able to hand pick 9 of them but I am sure there are more. The proof:

There was a woman who used to bring them into my lfs every couple of weeks. She would drop off a dozen or so at a time and she only started with three. They seem to breed really quickly in the right conditions but they pay for themselves if you can get store credit.

Unfortunately I live in the very place where they originate, SEA. Therefore supply is really not an issue here. 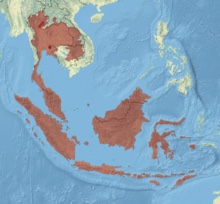 Plus, LFS credit? What is that? Retorical question. No such thing in this part of the world

Hanuman said:
Plus, LFS credit? What is that? Retorical question. No such thing in this part of the world

Yeah, I would get those thugs show you the cash or you walk with ya snails.....


We are not allowed to have those snails in Australia due to worries about them snacking on our native species.

rebel said:
Yeah, I would get those thugs show you the cash or you walk with ya snails....
Click to expand...

Thailand is a fish/invertebrate producing country. They export all over the world. Local fish stores as known in Europe, USA or elsewhere do not operate the same way here. Structure is different. It's a supply country. Shop never buy from fish keepers or hobbyist but directly from farms (small or big). Prices are just very low. Example, a Zebra nerite snails retails at 10/15 baht/pc. That's 0.3/0.4c (USD). Shops probably buy them 0.10/0.15c/pc in bulk. They just wont bother with a guy like me.

Short story. I bought 12 zebra nerite snails. I put 3 in my nano tank and 9 in the 90cm tank. After only 2 days I had to remove all from the nano tank and 7 from the 90cm tank as they cleaned so well the tanks that all shrimps had come out of hiding begging for food. The snails were also constantly coming out of the tanks probably looking for food as well. Every morning it was a frantic search around the house to check where they had gone. I even found one 4 meters away from the tank. So I donated 5 zebra nerite snails to a shop close to my house as it was the only way I found for them to survive as clearly I had too many. I underestimated their cleaning capacity. They are just amazing at what they do and the tank is spotless now. I might have to increase light slightly to increase algea production or add some Bacter AE or something to increase food supply for the nerites. 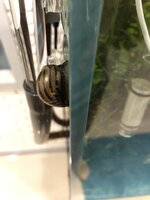 Edit: coincidentally I was watching the video below. I'm sharing the link at the precise time stamp where they talk about clea helena and lfs credit:

Third day in row this is happening.
I know that these snails usually will only attack weak shrimp or fish due to the fact that clea helena are slow but I am kind of intrigued that it is happening on a daily basis now. I don't think my shrimps are weak. There are plenty of pond snails small and large. My clea helena have either become fast or something else is happening
Last edited: 15 Apr 2019

I just can not blame the Clea. I've kept them together for a decade in so many aquariums -it boggles the mind to think that C helena are a threat to animals more mobile that a MTS. It is my thought that that shrimp was dead already. At best it was, beyond weak or dying from another cause. I keep assassins with all manner of shrimp to control pond snail populations and healthy shrimp populations do not suffer. If anything, I wish they could withstand the cool temps and low pH of my Cardina tanks. I guess it's certainly possible that shrimp have been getting snatched behind my view every day, but I "know" certain Neos in each tank from color or marking and they never seem to hit those. My guess is that in my own systems, some really small juveniles perhaps are harpooned at night, at least in underfed tanks without any flatworms or snails. But I'd bet it would be pretty unlikely that a shrimp like that -he's literally 10x the length of the snail and 50x the mass -was taken down by that diminutive creature. I would wager an awful lot that if you get the Clea snails out of there, you have the same shrimp deaths just without a carnivore scavenger.


Fun fact, I once owned a textile cone in a saltwater tank. Short version of the story, I owned a LFS, a kid brought it back from the beach, it was alive and ID'ed as deadly and so naturally brought to my LFS. It was beautiful, so I had to put it in water. I took it home and it lived for 6 years! Ate fish, frozen meaty foods, etc. and had a "harpoon" that could kill a grown human, no hyperbole. I dated a gal at the time who was very into true crime and simply could not shut up about the endless possibilities of getting away with murder that snail was supposedly capable of.

Yes I was being sarcastic. This said they are growing quite fast:

Here is an update on the growth of the Clea Helena. This time I also spent more time fishing them out to count them. I was able to find 23. They are growing pretty fast. I think some are still hiding though.
These are all the offsprings of the 3 initial ones I added early February. They have eaten pretty much all the pond snails. Only a few big ones remain. I guess the Clea Helena are feeding on the eggs and the smaller ones. This said I think I have too many Clea Helena snails now and I have come to realize the actual benefit of the pond snails so I need to reduce their amount before they exterminate all other snails.