Sorry this is a such a long post, but I've hit my first little problem with my current tank and need some assistance please. I've started to get cyanobacteria under the substrate. The brown, rusty patches appeared first and I assumed it was iron from Tropica tabs. The cyano is about 1cm under the top of the substrate at it's highest point and a vivid blue green. I can find loads of info on cyno above substrate, but not below.

Tank is as per journal Grownup Swedish Suprise:

*Has a Biomaster 250 and a skimmer on it, giving turnover of 1300LPH. Skimmer placed in back right corner, with flow facing to front glass
*Pond soil, coarse sand and pea gravel in net bags under 2" coarse sand
*Fluval Aquasky programmed at 50% white, 35% green, 30% red and 8% blue. 1 hrs sunrise and sunset, 5 hours daylight

The cyno started to appear two days ago. Possible reasons I can see are:

1) The tank gets no direct sunlight, but the growth has started at the end nearest the French doors (on lefthandside) and half of the front on the tank, also nearest the doors, so could be sunlight related. We do keep the curtains pulled at that end of the room until late morning on bright days though

2) I swapped my spray bar out for a duck bill about four weeks ago, in an effort to declutter the tank. The spray bar had been positioned to hit the front glass, so might be reduced flow to the substrate? Spray bar back in the tank now

3) Lack of nitrate - I don't think it will be lack of nitrate, but please correct me if I'm wrong. I dose Aquadip Plant Fertiliser Plus at 15ml three times a week and my tap water has 40ppm of nitrates (albeit only tested with an API Master Test Kit, but this also agrees with the latest Southern Water report). Tropica Nutrition Tabs at strategic points. However, I did stick a couple more Tropica Nutrition capsules in a week ago, so could it be higher phosphates? I added them to the area with the Cryptocoryne Lutea Hobbit and the Brazilian Pennywort, as it's never really taken off, but I realise these are not really root hungry plants like Amazon Swords. The cyano has appeared near these two areas. Have I made a mistake here? Bottle of TNC complete on it's way to me and also looking into EI dosing

1) As the cyano is only under the substrate I have so far only blacked out the end nearest the doors and the bottom half of the tank around the rest of it and killed the lights for a couple days (whilst stopping feeding fish and dosing ferts). I started putting the light on at a low setting for two hours yesterday, as am aware the plants could start to suffer and algae might appear shortly after. Will I get away with this or do I need to cover the whole tank and do a total blackout if it's only under the substrate?

2) The only other time I have had cyno in 40 years of fishkeeping it was also under the substrate and I was given some tablets to push into the gravel by a friend. It disappeared within an hour or so. I'm going back about 25 years here, so no idea if you can buy anything similar these days? Either way, would rather get the source of the issue if I can. Would potassium nitrate see it off?

3) Can cyano "escape" if I pull a plant up for instance? I know all tanks likely have it at microscopic levels anyway, so conditions may just not be suitable for it above the substrate?

4) Having zoomed in in the photo I am wondering if there are tiny airpockets left, despite stabbing the substrate with my tweezers on setting the tank up and having Malaysian Trumpet Snails. These areas have barely any plants in them, but are no deeper than 3". I only have sand round the edges of the tank for asthetic reasons. Should I just plant into those areas, so that there is competition for the cyano and increased water flow with the plant roots?

Thanks if you have managed to read this far and for any assistance you may give.

Will do that now. Have an API Master test kit, so should at least give me an indication, even if not totally accurate. Thanks

Nitrate in tank currently between 30-40ppm (test kit still in date). Nitrate in tap the same.

GHNelson said:
Adding fast growing stem plants into the affected substrate could be a solution
Click to expand...

Thanks. I need to pinch out some of the plants, so can pop some in the affected areas at the side.

Just pop some black tape over the glass up to the level of the substrate to block out the light.
To be honest it's a pretty normal thing to have,or at least I find it is with a deeper substrate exposed to light.

I was just about to say I thought it could be due to having a deeper substrate as I have a similar thing on my 57l but @MirandaB pipped me to it!
There's nothing on the sides which are hemmed in by bookcases so light also has some bearing on it too.

Thanks. I did wonder that, but I'm blaming the MT snails for not burrowing enough!

Many home aquarist test kits are adequately accurate and reliable for our needs.

Without knowing a few more water parameters than the one you mention, it makes it more difficult (nay, impossible) to narrow down the possible culprits. However, it is perhaps not surprising that some species of Cyanobacteria grow in the substrate. The oxygen concentration here is normally much lower than in the water column. Iron is a fickle element where water and oxygen are concerned. And, iron is critically important to Cyanobacteria. As is phosphorus, usually in the form of phosphate. Lighting isn't such a big deal as Cyano are able to grow in what we would perceive as darkness. Having said this, Cyano will take advantage of the light coming through the aquarium glass (into the substrate) as you have witnessed first-hand. Finally, water pH, KH and GH are all important. Cyano prefer alkaline conditions with pH 7.7 or higher.

Hi. Thanks for the info.

I blacked out the substrate and turned off the lights for two days, but polysperma started getting yellow bottom leaves and older leaves of pinnatifida now looking a bit sorry for themselves, as are the water lettuce, so put lights back on. Stabbed substrate thoroughly and have started dosing 15ml TNC complete every two days.

Put spray bar back on. Cyano now gone across the front of the tank and is a little less at the side nearest the doors. I have left card blacking the substrate out there. Upping water changes back to 50% weekly and have planted into the cyno area at the side, hoping the plant roots will create competition for the cyano and a little more flow to the substrate, which is 1-3mm coarse sand over mesh bags of pea gravel, sand and pond soil mix.

Last water report I could find online is attached.

Thanks for your feedback. I have extracted the following quotation from the book , Limnology Third Edition, by Robert G. Wetzel.

"In another example, phosphate uptake and transport through the cell membrane, the rate-limiting step, by cyanobacteria is strongly regulated by cation concentrations, particularly Ca+2 and Mg+2 (Falkner et al, 1980; Budd and Kerson, 1987). Thus, phosphate uptake by cyanobacteria should be favored in hard waters with an abundance of divalent cations". As you are probably aware, phosphate is a very important nutrient for both algae and cyanobacteria. Your comment below tallies well with the quote above.


NatalieHurrell said:
No idea of actual gH or kH, but it's 230ppm hard water, with high calcium content.
Click to expand...

Of course, there may be other factors at play. BTW, I have been unsuccessful downloading your attachment - could you please check it? And, finally, I can suggest a phosphate test kit, if you're interested. I'll do that via PM, if that's OK with you.

jaypeecee said:
And, finally, I can suggest a phosphate test kit, if you're interested. I'll do that via PM, if that's OK with you
Click to expand...

Yes please. Screenshot the report. Not sure if you can read it OK.

NatalieHurrell said:
No idea of actual gH or kH, but it's 230ppm hard water, with high calcium content.
Click to expand...

If you did want to work out the dGH? You could do it <"from the calcium content ~117mg / L">, the calculation for MgCO3 is slightly different, but because it is such a small amount I'll just add it on the give 120 mg / L "Ca", and then the calculation is:

I didn't really need to see the water report, as soon as I knew (roughly) <"where you live">, I knew the answer. 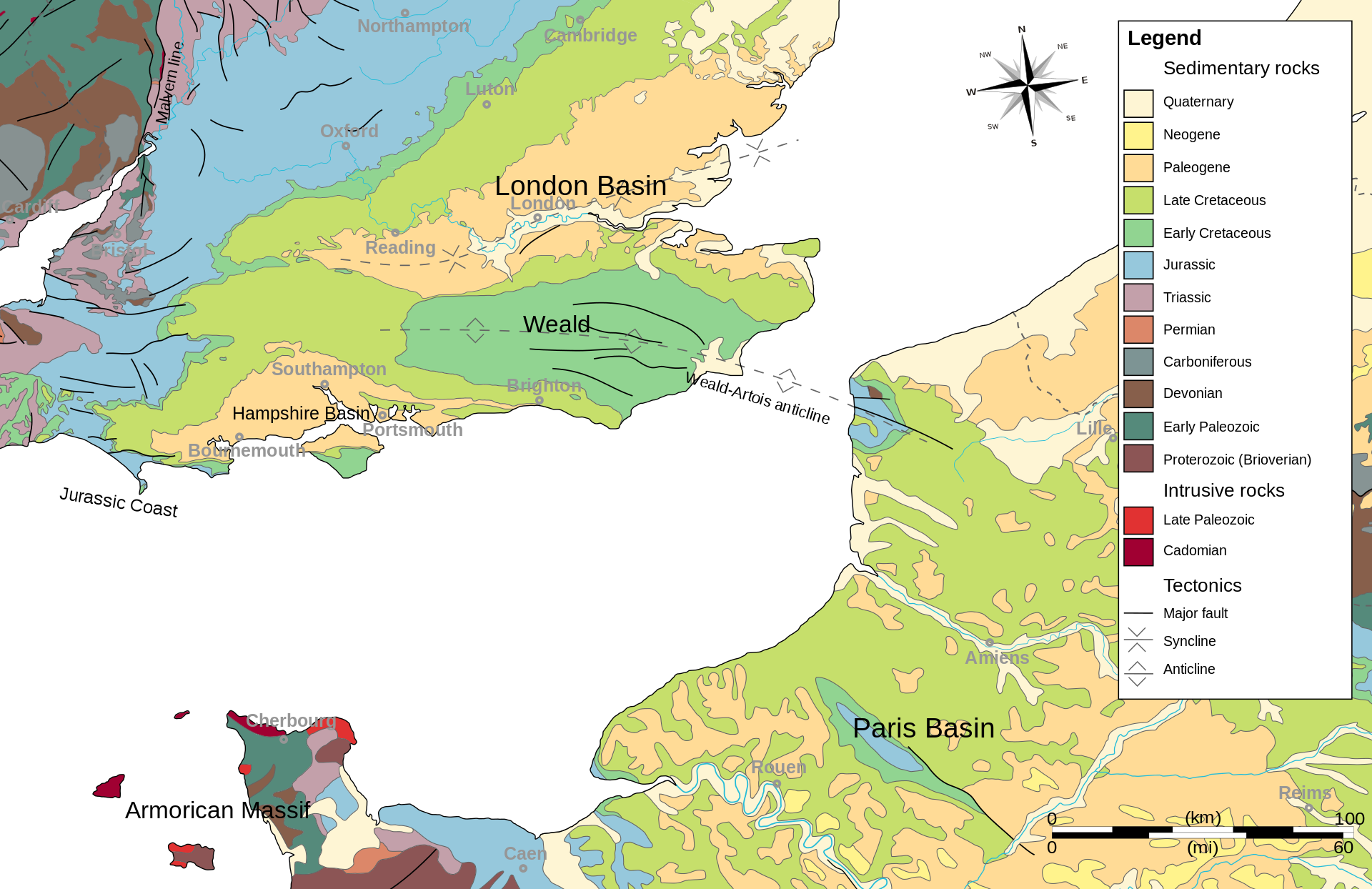 Wow Darrel. I love that map.

NatalieHurrell said:
I love that map.
Click to expand...

A picture is worth a thousand words.

I know from my "day job" that a <"visual approach"> works much better than a numeric one for obscure concepts
Click to expand...

If you know a bit about geology it makes life so much easier when it comes to water chemistry. For example I knew that water in the USA often contained a lot more magnesium (Mg) than water in the UK does, but I didn't know the reason. Once I started <"reading books on Geology"> (<"and saw this picture">) all the dots lined up.

If you want a good read, I can't recommend the works of <"John McPhee"> highly enough.
Click to expand... 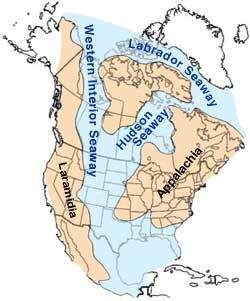 Before I was a member of UKAPS I didn't know how carbonate chemistry and CO2 were linked and I didn't really understand how the DIC interacted with pH.

I didn't really need to see the water report, as soon as I knew (roughly) <"where you live">, I knew the answer.

That is why its important to put your location down in your Profile/Account details!

I think that's almost certainly the hardest water that I've ever come across! Out of interest, does it give you any problems? Choice of fish and plants, for example?

JPC
You must log in or register to reply here.

Homing In On Cyanobacteria (aka 'BGA')

Algae, Cyanobacteria and Plants - An Hypothesis?
2

Cyanobacteria within substrate - should I be concerned?