After learning so much from everyone here on UKAPS I thought I'd give back and share my journey, whatever may come.

In August I moved to a new house and with the moving of course came a rescape of my (now oldie) TMC signature 600. I've been planning this new setup for more than 6 months now and unable to take much action due to the moving. Now that's done and I have some time it's finally taking shape. I'll be reusing some plants and gear while trying out some new plants and methods. 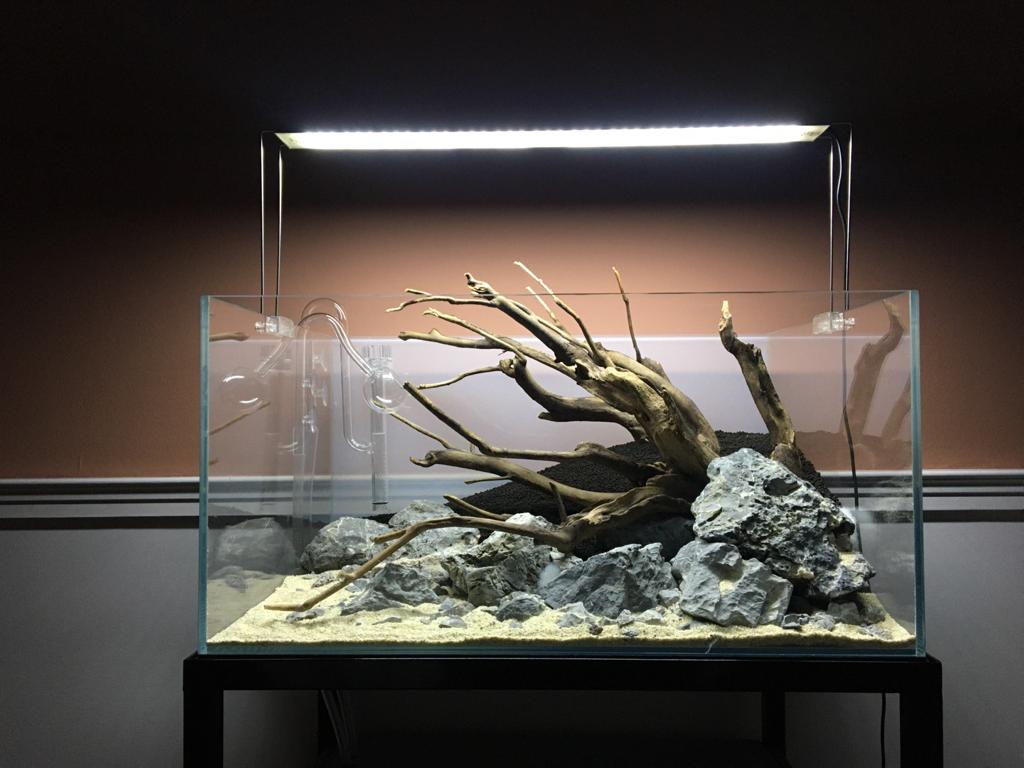 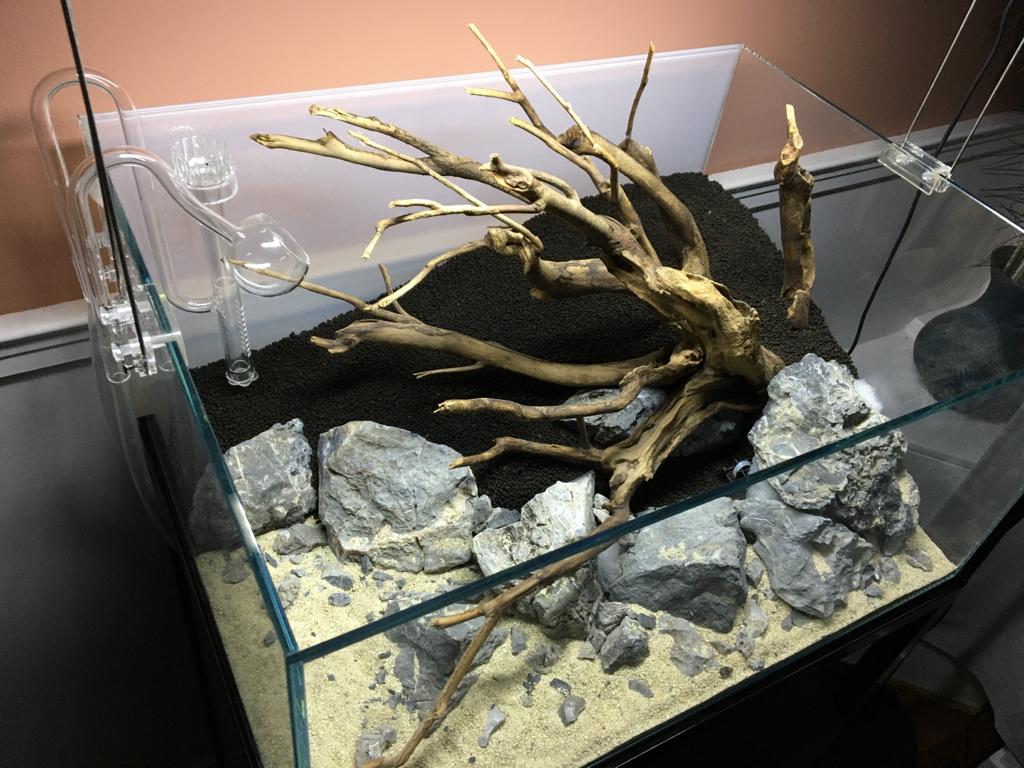 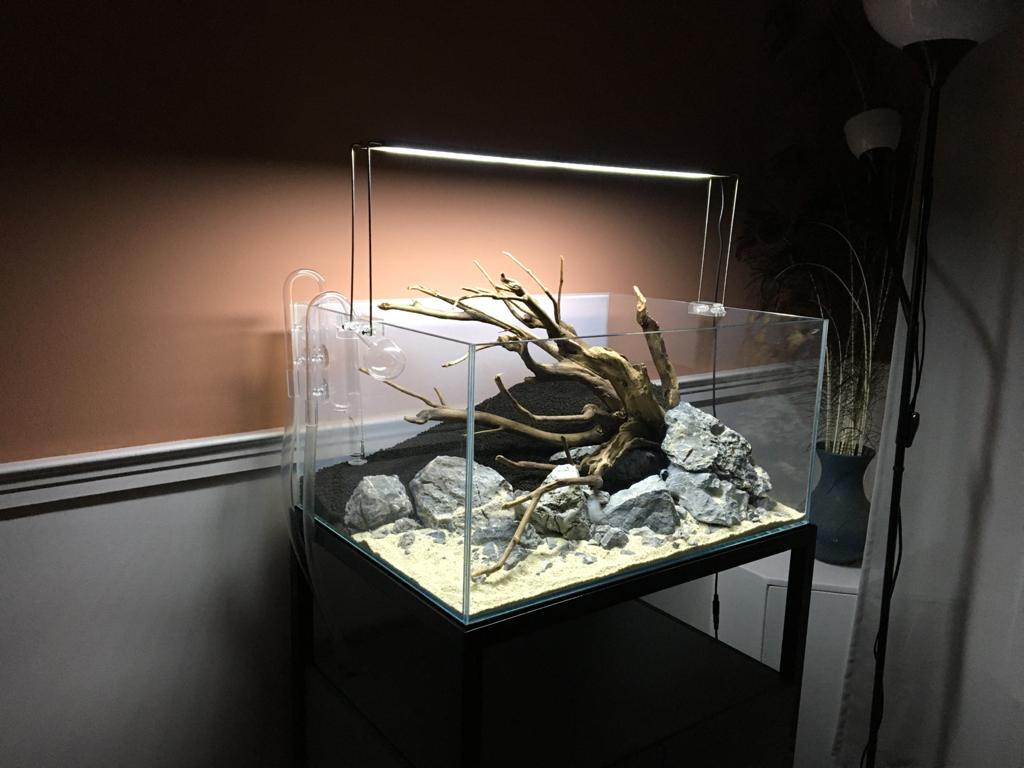 Hi,
that’s a really dynamic looking scape, the wood has a really nice flow and the rock work transition looks really natural perhaps with the exception of the far upper right most one which seems a little overpowering currently. Perhaps your planting plan will soften it
Looking forward to updates on this one.
Cheerio,
Last edited: 9 Oct 2020

Thanks @Ady34. In regards to the rock, it was my intention to have a really big rock on the right side of the scape to add some "drama". Looking at it bare it does seem quite overpowering and I am also very curious what the planting will do to it. In my previous scapes the rocks always became covered by plants so at least this one probably won't.

Plants are arriving tomorrow and I'll be planting and flooding during the weekend. Exciting times!

Thanks for sharing
Dean

After spending most of Saturday planting the tank was finally filled. No problems arose except for a small leak in the filter which was fixed by replacing some o-rings. 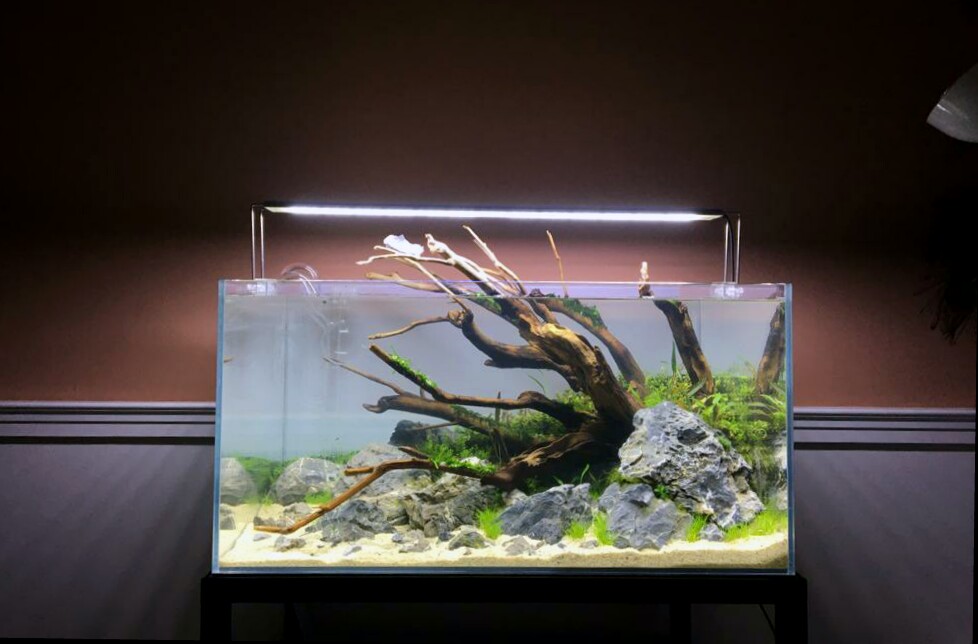