I think if I'm using weeping moss, I'll just attach it to key points in the scape, such as some of the joints in the wood and draping it over the top of the rocks.

I think I've finally found a layout with some potential. Sorry about the bad pics though, it looks a lot more defined and has better perspective when you actually look at it.

I'm thinking mainly a Moss/Fern scheme, such as might cover an old fallen tree in nature. Maybe some stems behind the rocks, such as Rotala "green" and Rotala wallichii for some colour. Possibly also some HC highlighting areas around the rocks 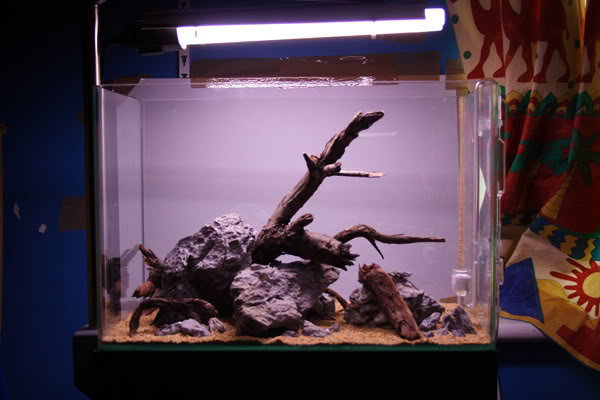 Meant to be a broken branch: 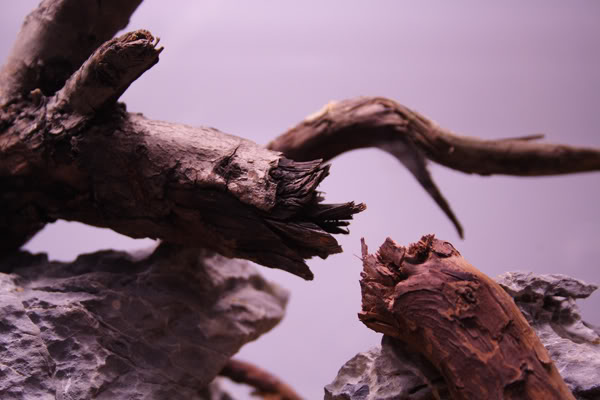 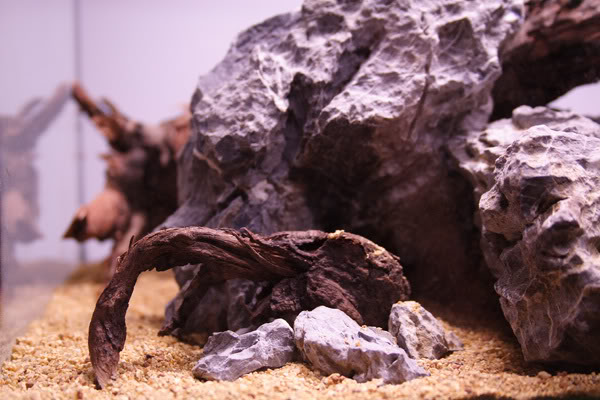 What do you think of it? I'm trying to pay attention to the small details in this tank, so your thoughts are important!!

Thanks George. I'm wondering though whether if I planted heavier on the left side and make a triangular/convex shape it might lose that centralness?

Another thing, as this tank is going to have such a low plant mass in it and with a lot of slow growers, do you have any thoughts about fertilising? I still have the ADA ferts (Brighty K, Step 1 and Special Lights), so should I just reduce the dosing of that from how I did it last time? I've never had much success with ferns before so I'll have to experiment I think...

Yeah,very nice little composition. The wood is in a good position in my opnion. Maybe tilt it down more, but only by a fraction.
With the planting, i would sugest, planting your R, wallichi behind the rock and wood, were the two meet. So its to the right of the main rock on the left,and behind were the wood is wedged against the left rock, does that make sence? Hard to describe whith out putting the pic in photo shop.Aim to put it more behind the main rock, work with the rule of thirds, so it would be on the left third virtical.
You must log in or register to reply here.
Similar threads