your nano is looking good..
moss is need of a trim?
what crypts do you have in there?
L

Not sure really If it need a trim, I guess from your experience it should do. The thing I was thinking about was the flame moss, I'm not sure it fits in because it blocks out the view of the Anubias.

Yeah it's not super high tech and expensive or perfect, but I'm proud of it.
L

The moss needs cutting back right now which I should hopefully do tomorrow.

I've taken all the Co2 and fertilisers out as I found the plants grow fine without them. Got many more cherry shrimps now from themuleous because I didn't seem to have any males, now I have at least a couple with eggs, probably 1-2 weeks and there will be babies.

The crypt at the front has grown pretty big so I might swap it with one from the back.

My Mum's camera is lost. I'll get some if she finds it!
L

Just a bit of a bump, but the tank is currently much of the same, the moss keeps growing, the crypts are much larger now and I no longer fertilise or anything of the sort is it just seems to grow nicely.

Thinking of moving my green neons into my bigger tank as I am suspicious that they are looking very fat, maybe causing me to not see shrimp as often as I used to.

To replace them, I'm going to get a group of Celestial Pearl Danios, possibly 10-20 and see if they breed. Also planning to buy more pots of crypts to make the tank a bit more filled out.
L

New pictures, the moss is short because I cut it down at the moment, but should be long again in not too long. The plants do suffer from a bit of algae, mainly the green spot stuff, but I still think it looks nice. Obviously this isn't a touch on anything else found on this site and please excuse the phone pics! 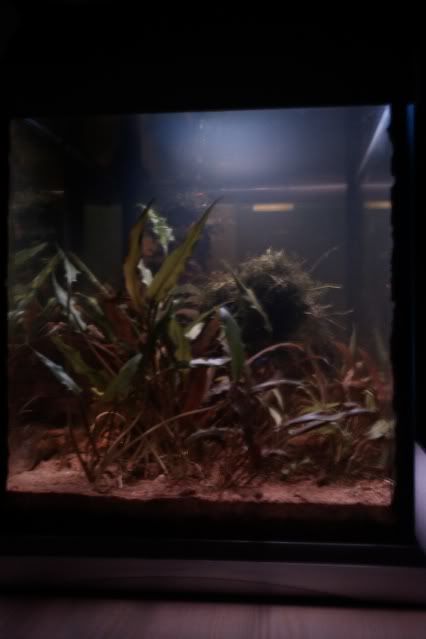 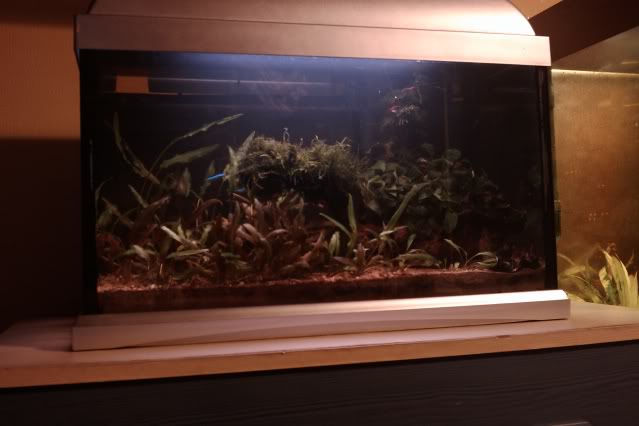 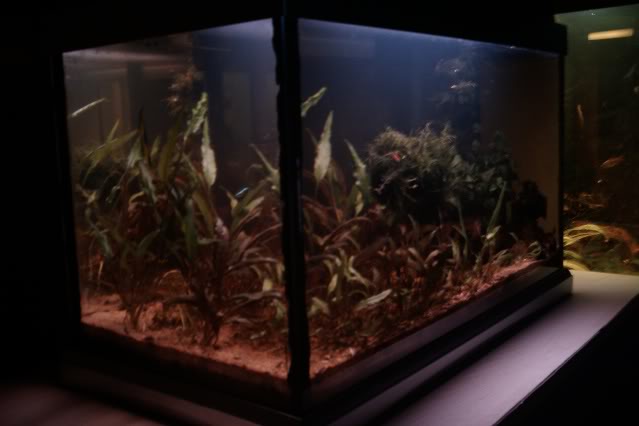 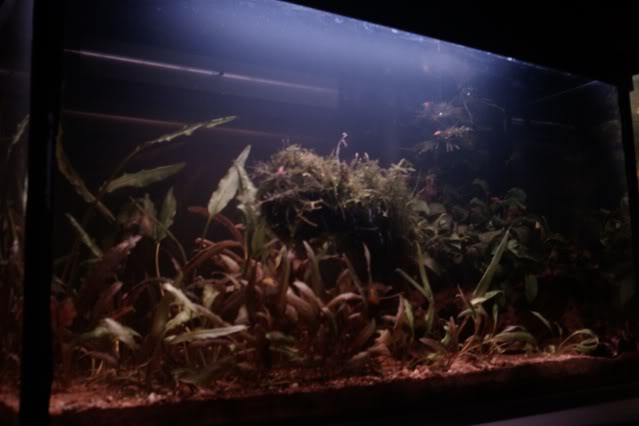 Doesn't actually look that different! Crypts have grown, though.

Also looking at my last pics a long time ago I moved the wood to the right as the crypts to the side of it weren't growing very fast because they were kinda isolated I think. There is no longer any of the big species of crypt as I don't think it was doing well and same with the chain sword I think. I removed the flame moss because I thought it intruded on the anubias.

Also I think the light tube needs replacing, which is on my list of things to do, I promise .
L

Removed all the fish to my other tank today and got 12 Celestial Pearl Danios . Also got 5 new pots of crypts and a couple of bunch crypts. Specially I have gotten more Cryptocoryne undulatus brown and Cryptocoryne diversen and one that I haven't kept before: Cryptocoryne beckettii. The bunches are a different species but I'm not sure what. Needless to say since I took all my current plants out to capture my other fish, it was a bit of a mission planting everything back (especially since I have no tweezers or anything to help me yet!). Anyways I also replaced the light tube and it seems to be brighter than ever, although it's hard to tell because the water is still very cloudy from my planting.

Plants were Aquafleur by the way, very cheap, especially with my staff discount, good quality though and quiet large!

Hey luke nice tank to, I'm going for a moss tank next bit jealous of all yours. I have one bunch of java moss in my 20l tank which I'm growing in preperation.
It's looking really good over all, I kinda like the last pictures you posted with the dingy light. I kinda like that look as it looks really natural. Have you had any of your shrimp breed yet? I'd love mine to breed. My next goal
L

Hey mate cheers for that I'm flattered . Yeah my shrimp used to breed a long time ago but I think the rate at which they did it slowed down aka my green neons got fat off the babies. Anyway I have CPDs now and I saw a heavily berried female the other day so all is good I think. It's just a case of having both genders and they breed, at first I only had one gender from my lfs but I got some off a member on here and they started breeding like crazy.

Anyway since my last update the moss is starting to grow nice again, but the tank has developed a leak in the top corner so the water level is a bit down and I've got some emersed moss. Not sure about the CPDs breeding yet but they are much more fat and colourful now after feeding lots of frozen food, and they like to go in and out my anubias rhizome a lot, so who knows.

Anyway the majority of the crypts I bought unfortunately melted, however I think some survived, maybe I'll get some growth from the melted ones soon as I've heard they can recover sometimes, anyhow the crypts I had before are doing great.
You must log in or register to reply here.
Similar threads