After much delay for which I apologise I can finally present my ADA 2008 entry, Mountainscape V2.

I just want to say thanks again to everyone here for the great support on this project thus far and thanks also for your understanding in the endless delays in posting this work up, ADA work in mysterious ways so much of this was out of my control as I am sure you can understand.

I realise that a lot of people will have reservations about this style of aquascape, and thats fine by me, I have my own as well, so from the lofty heights of 15th position ADA 2008 I am sure it will be all downhill from here on in so no worries

Here's the spec for this tank

I allowed the HC to growout for about 4-5 weeks I then trimmed it back hard, about two weeks later I gave it another trim this time very minor and a few days later I then took the final photographs. 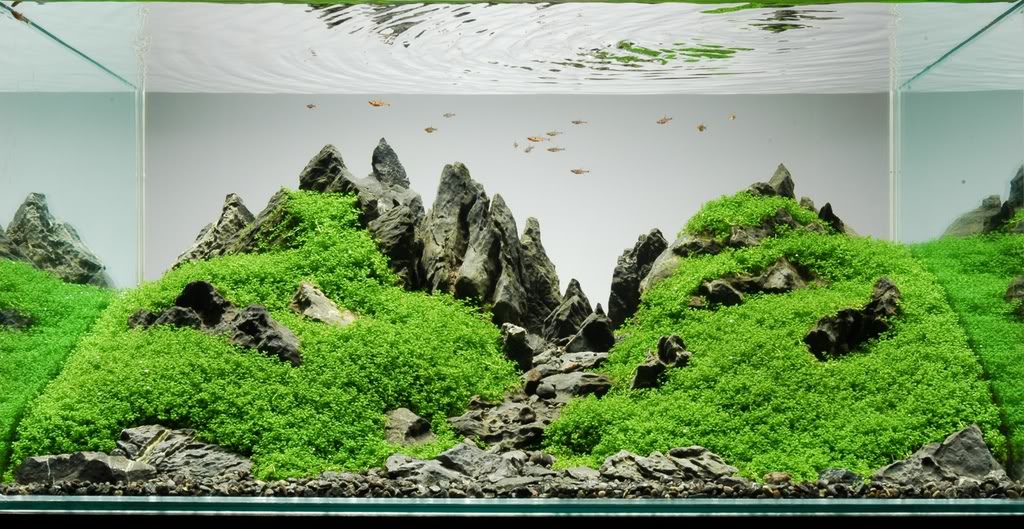 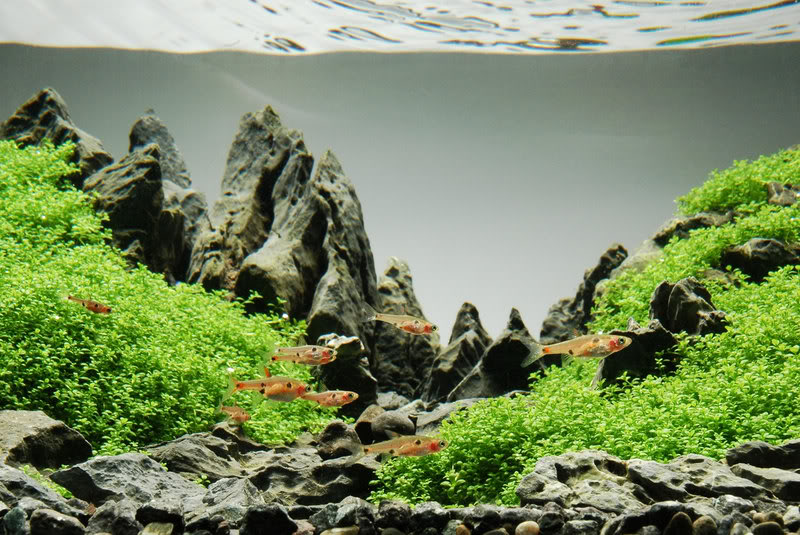 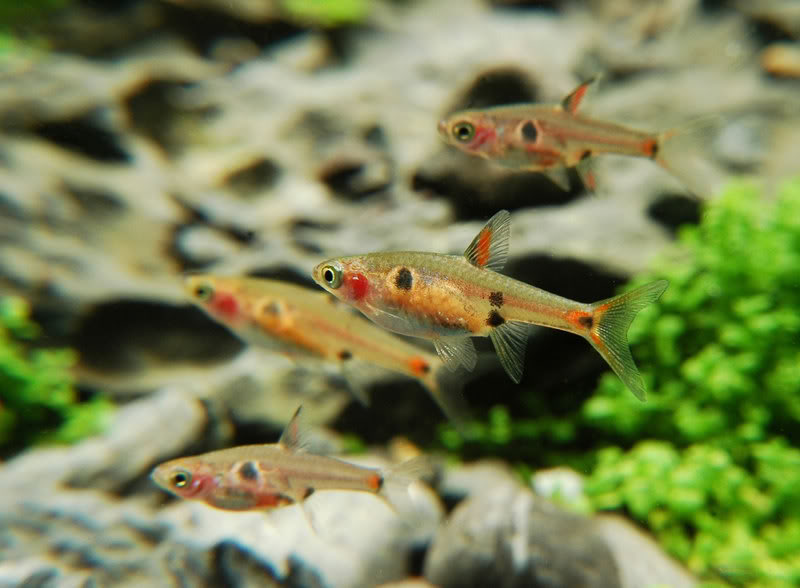 I will post up some more pictures later on.

Thanks everyone!
Regards,
Peter Kirwan

We are honoured to host such a skilled aquascaper.

Thanks for sharing and keep up the good work. It'll certainly keep you on your toes maintaining this standard.

It's that good it doesn't even look real! I think this could be one of the best European scapes ever, it's actually straight up magic.
Keep up the good work, it's gonna make that tough second album so much more difficult!
Don't believe the hype.
Z

Thanks alot guys, good to be able to post them at last!

I'm working on next years (album 8) ) ADA entry, yeah thats gonna be tough, all downhill from here like I say

I have something I am working on though which has a bit of potiential, is it as good as this I have no idea, it looks pretty ok so far though I will keep working on it, needs a nudge here and there in the right direction , a couple of elements still need to be added, its not another mountainscape, I'm not sure if I will do another one of those. The aquascape I am working on is a a wood type layout in a 150l tank. I have just started a rock type Iwagumi layout in this 60cm tank, so two on the go atm, early days though on both, I really need to pin down the planting on both of them, I Have the hardscape pretty much settled on.

Here's a few more shots from this layout, these shots just show the original setup a bit better.

Hardscape - athough as always it was tweaked as I went along, the foreground was added soon after, I remember there was one rock I wasn't happy with so I left that until later. 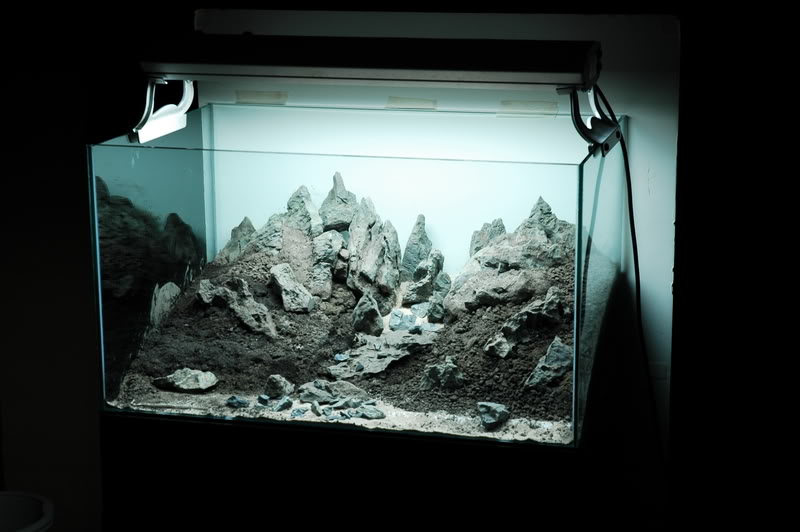 The second shot just shows it soon after filling with water> I originally used a glass lily pipe, which I moved to the centre between the luminaires for better distribution, but I changed it later for a metal jet pipe which I found better for this tank, it swirled the CO2 around a lot better. 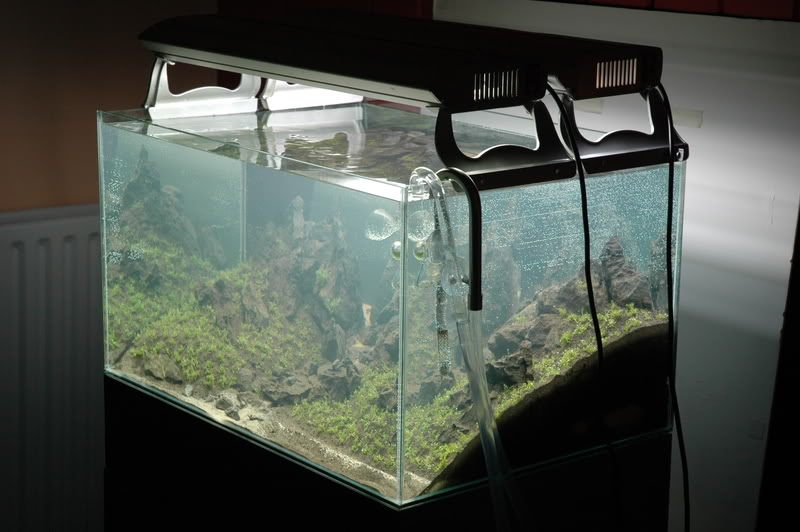 This shot although not that great probably shows the inside of the tank a little bit better. The stuff on the surface of the water are air/CO2 bubbles. You can see the metal jet pipe in this shot as well. 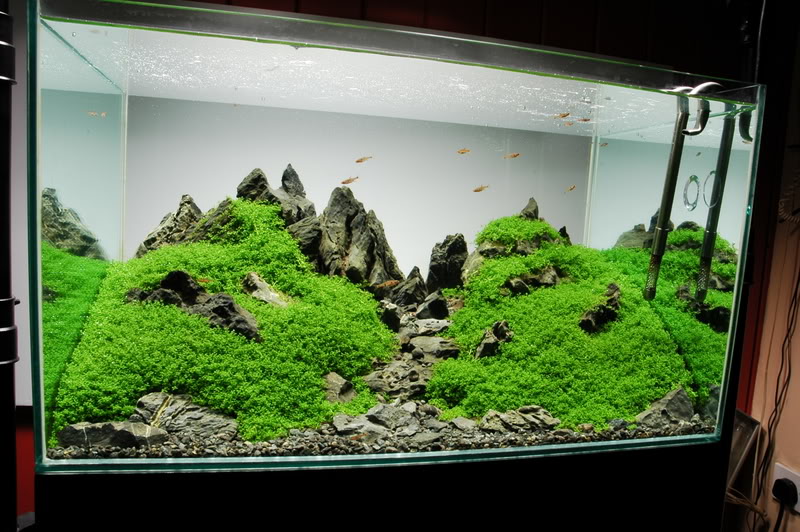 Some more technical shots, nothing groundbreaking going on here but some of you may get some ideas for your own setups.

Always wanted one of these 8) highly recommend 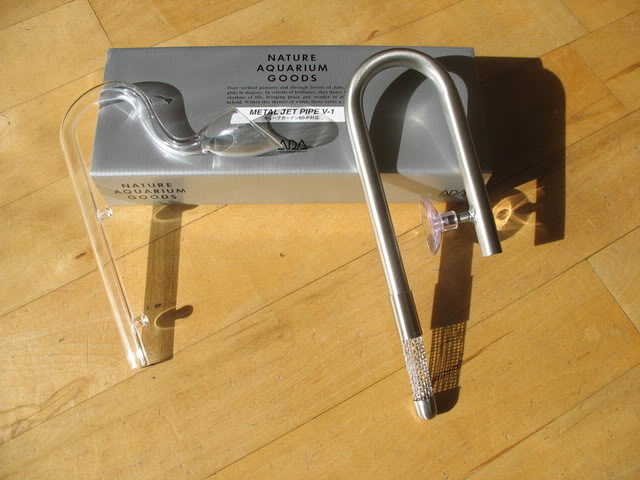 Here's the diffuser I used, same idea as the cal aqua diffuser. It worked well, although it needs a good bubble count to work effectively and as outlined earlier you need to be able to push the CO2 bubbles around the tank. You need to clean this about every 3 weeks, just swop it out with a spare one, and soak it in diluted bleach just like a glass diffuser, the difference is this one is totally out of the tank under your stand so less equipment in the tank. 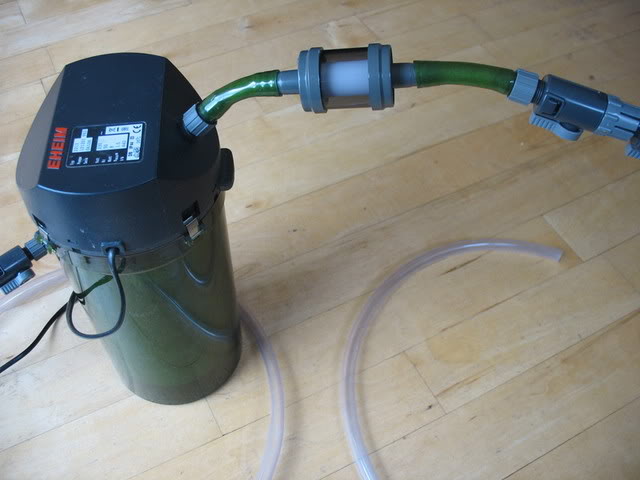 Because the Aquasoil in this tank has been used a few times already I decided to replenish it with a couple of dozen Tropica plant nutrition+ capsules, I just dotted these around the aquascape and pushed them a inch or so below the substrate. 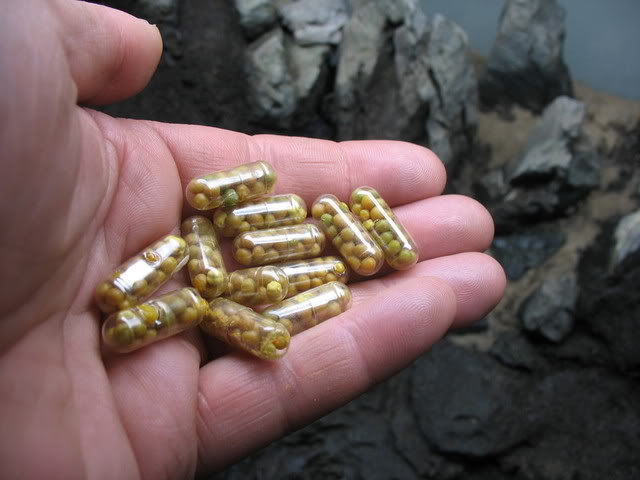 BTW here's tank no's 1-27 from this years competition, Jeff over on APC seems to be on a go slow posting up the tanks he's up to no.13 right now (and thats taken all day probably busy) and us junkys gotta know now, right!!!

Pictures are very poor quality here but you get some idea anyway, better than nowt as they say, you need to open the links in internet explorer.

This is probably the 'best scape' I have seen, why you didn't win, I'll never know

JOHNNY
"Science has made us gods even before we are worthy of being men." Jean Rostand

The HC looks amazing! Not a single bad leaf - so neat!

LondonDragon you do win a prize but I have not received it yet, you get a metal plate a certificate and a small amount of prize money, about Â£50 I think.

It wasn't always plain sailing with this layout so newer folks to planted tanks can take some solace from the fact that even old hands can have algae problems. The picture is taken about a month before the competition entry deadline, so yeah I did panic a little bit, it was probably the worst algae I have had in a couple of years. Classic error though, I introduced some fish to the tank for the first time and a couple of days later full blown GSA everywhere. I had put a sponge from a Eheim 2213 that I had running on a different tank into the Eheim 2215 filter thinking this would be enough to fully cycle the tank, it obviously wasn't, no harm to the fish though but there was obviously an ammonia spike which the filter could not handle. Cleaning all those rocks was no fun I let the GSA run through its cycle for a couple of weeks and all was good again. 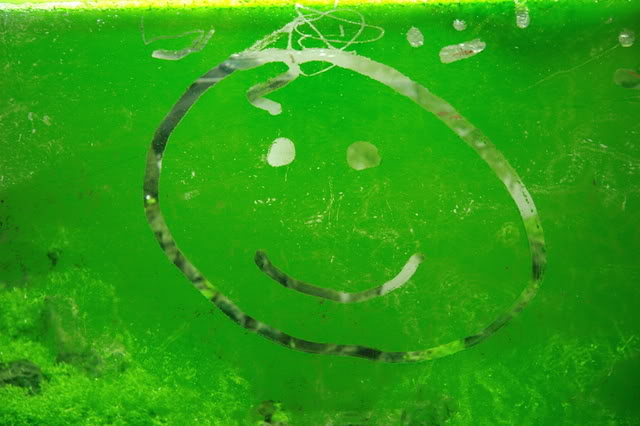 Here's something else interesting I did with this setup, I modified the filter for increased flow. I'd say I got about a 20+% increase in flow by simply changing the 3 blade impeller on the Eheim 2215 for the 6 blade impeller of the larger Eheim 2217 filter

The new 6 blade impeller is on the left, its just a straight swop, no other parts or modifications are needed. 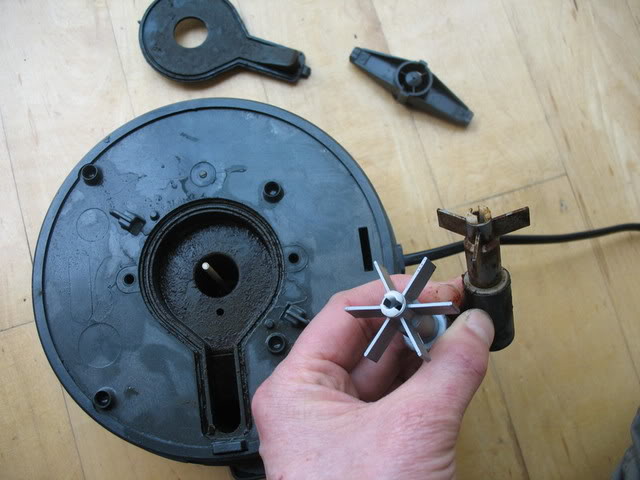 Good tip there Peter Is there any chance it'll stress the motor though?

SteveUK said:
Good tip there Peter Is there any chance it'll stress the motor though?

Also, could you tell me what make the diffuser is? It looks quite interesting
Click to expand...

Steve can't say I have noticed any decrease in performance of the motor on the filter, its still pretty quiet anyway, I doubt it will have any affect tbh time will tell I suppose.

The diffuser is a Boyu diffuser. There is a slightly different version of this diffuser made by a different manufacturer which has a metal insert instead of the ceramic one that this diffuser has. The other diffuser I believe is better than this one, it does not get clogged up as much apparently, but I don't know how that would work tbh, I have not been able to track it down anywhere online where I could purchase it outside of Asia. This one will not get as clogged as a ceramic diffuser that you put in your tank because it will not get a build up of algae, although it will get a build up of sludge on the inside instead, just look at your filter hoses for evidence of that, But I think its a bit slower than algae buildup. You just need good flow really to push the CO2 bubbles around the tank with it. It goes on the outlet side of your filter. I may just stick a reactor on this tank and do away with any maintenance.
Regards,
Peter Kirwan

An awesome looking scape & a great article to go with it, thanks for posting the setup.

jay said:
Beautiful. That HC looks like a super comfy, green cushion. Just wanna jump in it.
Click to expand...

It's already been said, but..... great scape. great pics. and a lovely thread to go with it

I love the smiley face drawn into the algae. I'm guessing that particular pic wasn't posted to ADA

If you have any higher res pics I would love to be able to see close ups on it all.
A

sense of scale is amazing, i didnt think you could get it looking much bigger than your previuos one!