for those that don't know, this was my first effort at a "planted tank" - shot was earlier this year. 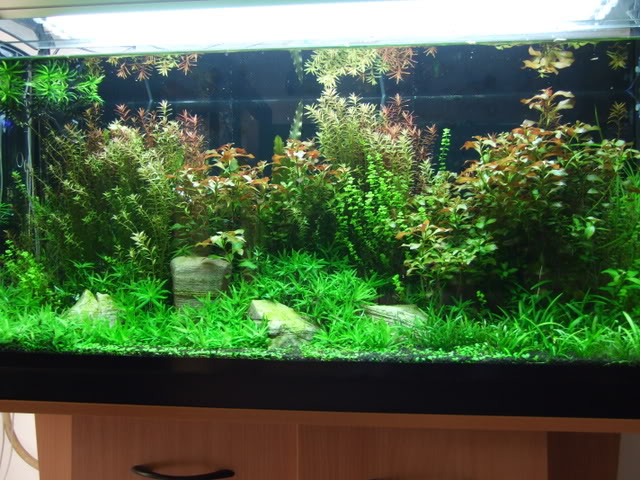 After a couple of deployments and not being able to keep up with tank maintenance, it ended up like this. Actually it was worse than this (I had ripped all the Glossos out at this point) 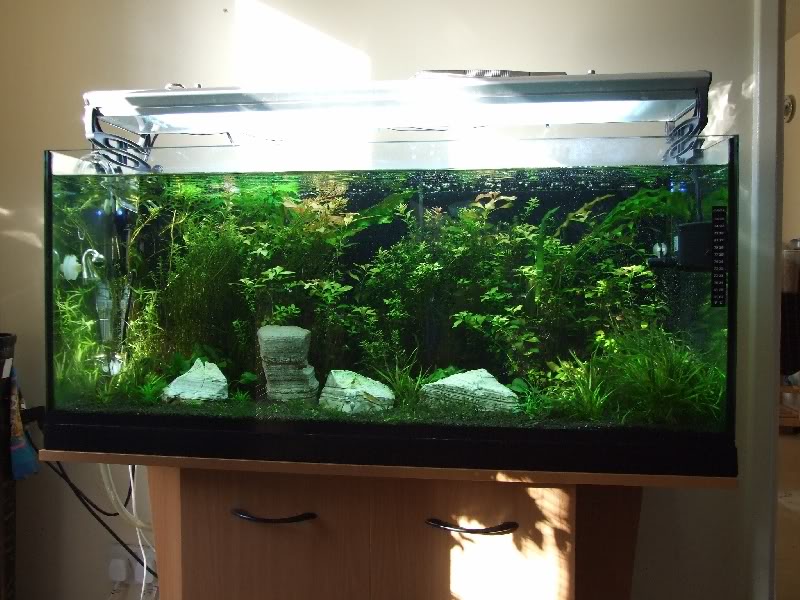 The Aponogenton has become plec food in my Oscar tank (once the leaves are big enough he eats them), the glossos was binned (sorry everybody - I now realise the error of my ways and won't do it again).

But being my CPD breeding tank, I had to keep it a viable tank for them which meant plenty of stems and high areas for cover and spawning and then they can nip out for food at the lesser lower areas. I chose HC as a closer but slower growing alternative to Glosso & recycled all my other plants in the tank but had to do it bit by bit so as not to disturnb the CPDs.
The start, HC planted & Heteranthera Zost. moved from low growing at front to left back (OCT) 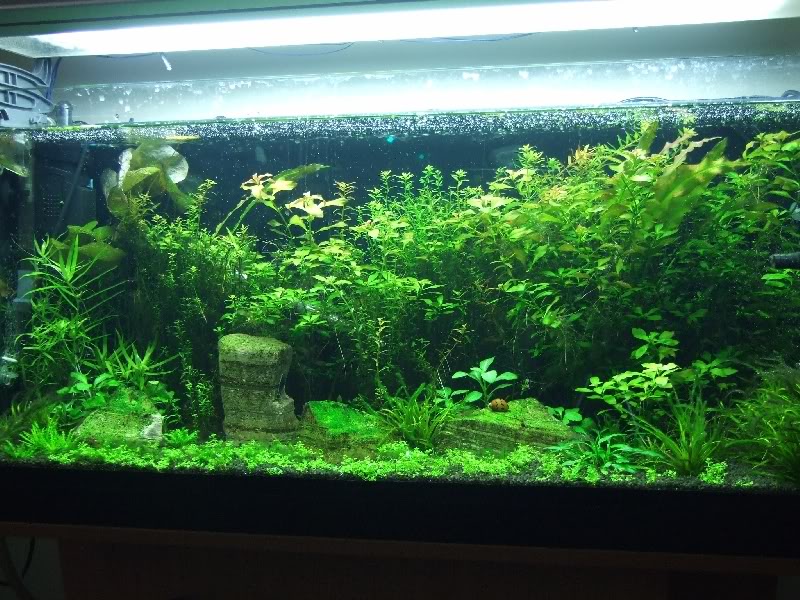 Halfway through the chop and change (9 Nov) 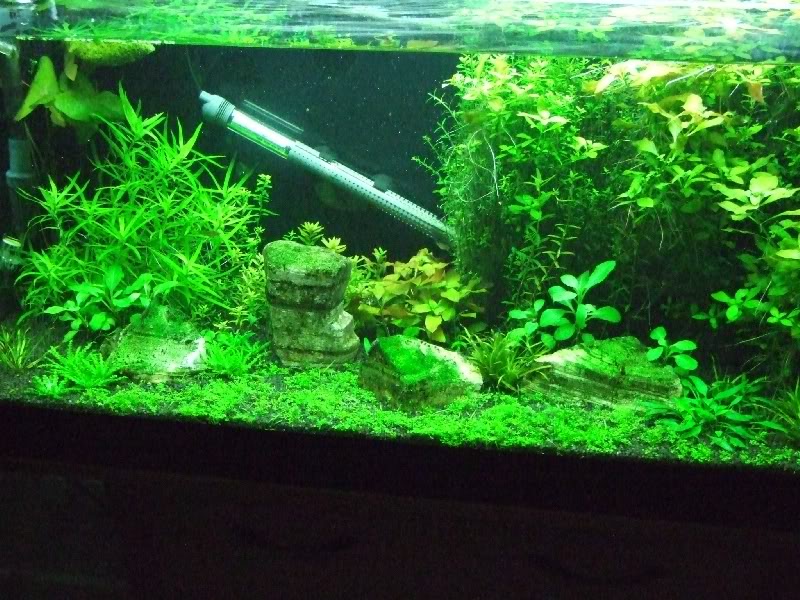 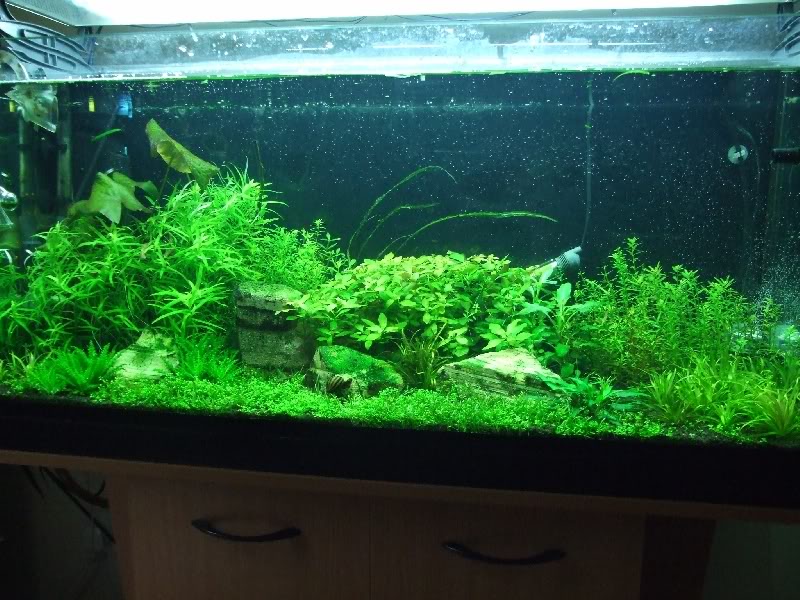 I have since added a few crypts and the Lobelia Cardinalis, which wasn't doing so well in between the Ludwigia & Rotala has been moved in front of the HZ, I'm sure a few will also note that PH & Blyxa have been added and the final front left corner is going to be completed with Staurogyne (which is currently growing emersed courtesy of my Oscars nitrates).

I also added the Lileopsis Brasiliensis in amongst the HC as the Nerite snalis kept uprooting the HC, now the Lileopsis bend over the HC and puts them above it. Since this the HC has matted brilliantly.

I'm also going to have to look up the settings for my camera as they are too green, there are still reds in there (in the rotala) and will get some updated photos in the next few days
T

Looks good, but I think it needs more transition from background to foreground.
T

Blimey, its been through a lot! Like the new scape, the rocks have really blended into the plants.

Thomas McMillan said:
Looks good, but I think it needs more transition from background to foreground.
Click to expand...

Yeah - that was a problem with the initial set-up too, there were crypts in there to help but they were just so overwhelmed by the stem plants and HZ that they never came back through.

I keep cutting the stems back tight and as said have moved the Lobelia to in front of the H Zost, have also trimmed the number of plants in the Rotala set-up on the right and put a couple of Hygro stems right at the back. Finally there is now a much healthier looking line of different crypts coming through between the rear stems and low growers. 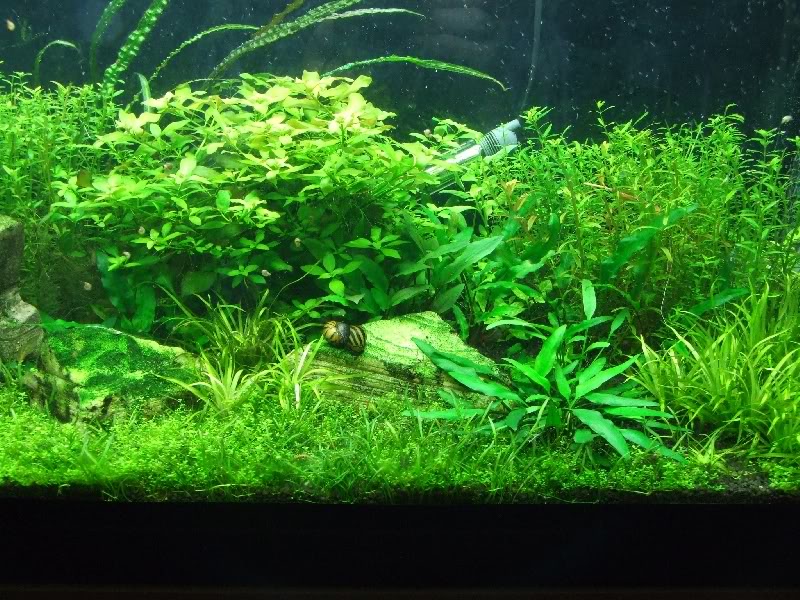 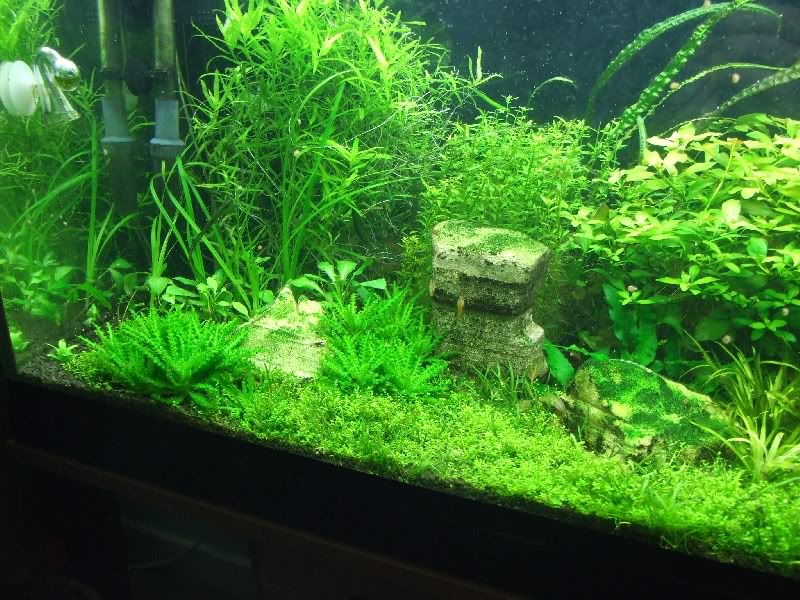