Hi all,
During a big maintenance session last night I’ve noticed this tiny Bucephlandra growing high up on one of the branches. The leaves are about 3-4mm in length!
It’s a beautiful looking little buce but strangely I don’t recall putting it there, in fact I don’t even remember having one that small to start with so I have no idea how it got there. 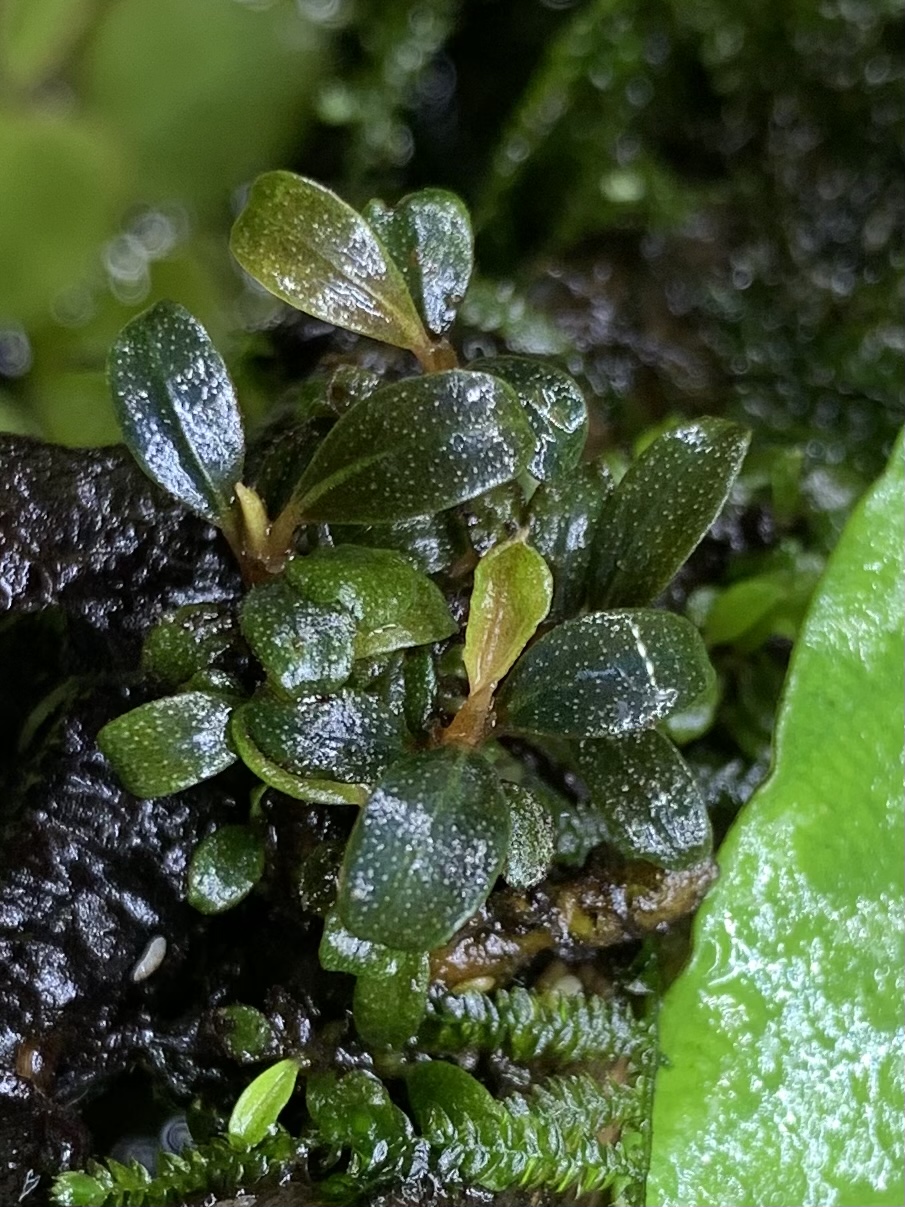 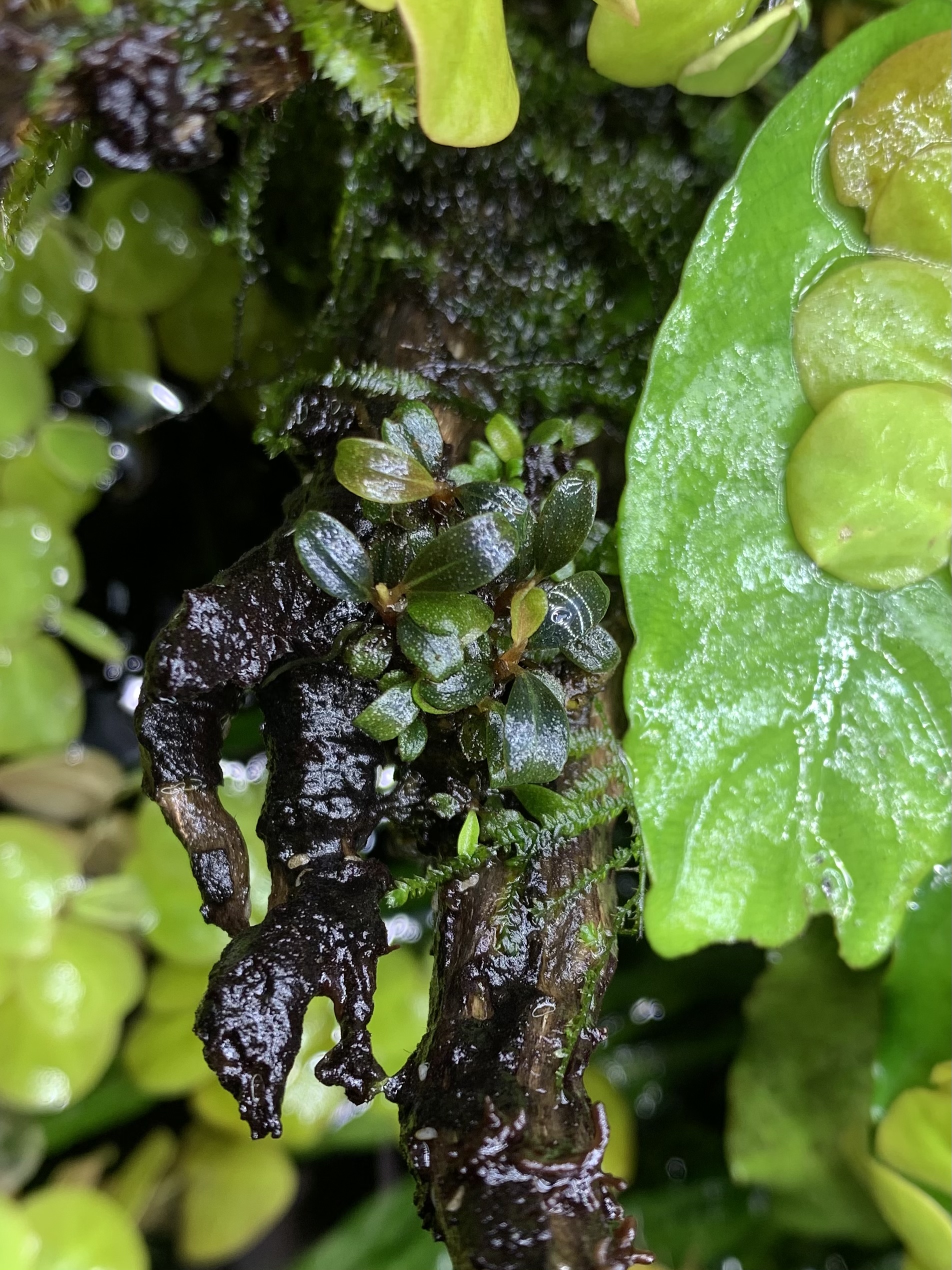 Does anyone know the name of the little fella?
Cheers

Looks like a Brownie variant, what Buce have you got, it’s come from an existing plant (piece of rhizome or small plantlet). It found a favourable place to wedge itself in and looks really healthy!

I bought this under the name ‘Mini Coin’ and frankly I think it should be called ‘Super Mini Coin’ coz it’s so tiny. It has emerged leaves that are twice the size and much more oval shaped, if you wondered. 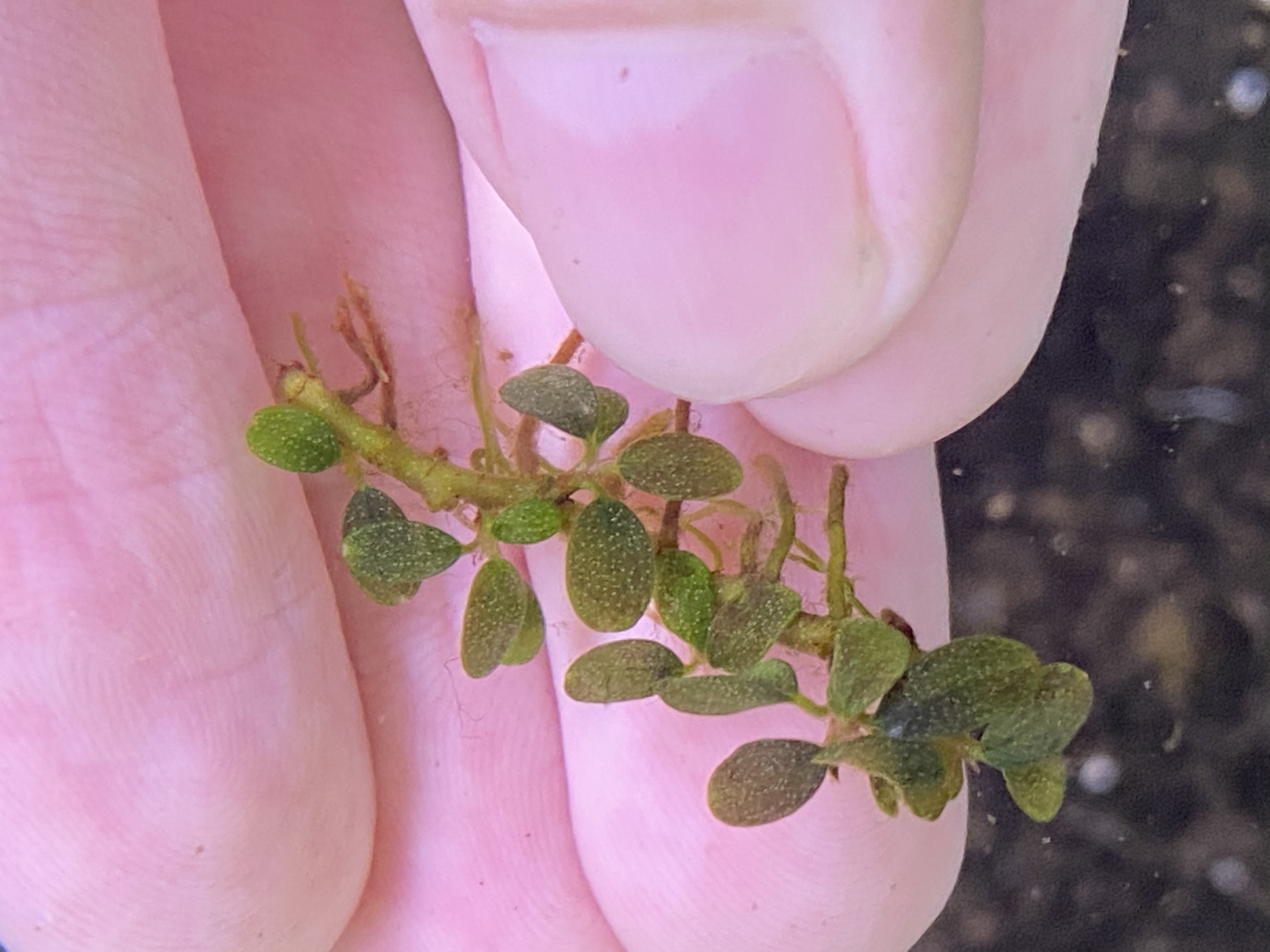 Similarly named I found this Bucephalandra ‘Brownie Mini Coin’. This is just to illustrate the flaws in Bucephalandra naming, but I don’t think anyone would be mislead if you were to sell your piece as ‘Mini Coin’ or with a ‘Super’ prefix.

X3NiTH said:
Looks like a Brownie variant, what Buce have you got, it’s come from an existing plant (piece of rhizome or small plantlet). It found a favourable place to wedge itself in and looks really healthy!

Errr not entirely sure as some were bought from someone on here (can't remember who!) in a small bundle with some other plants.
I know i have wavy green and thia for sure. I also have another couple that have a beautiful red on the underside of the leaves, I'll get some pics up because i don't know the name of that one either but it's lovely!

@glasscanvasart that is mega tiny, or do you just have really big hands?

That brownie mini coin is stunning, I want it!!!

I’m a guy but my hands are tiny. Here’s a picture of the plants growing out emerged with a ruler for scale. I circled the leaves that are similar size and shape to the submerged leaves. 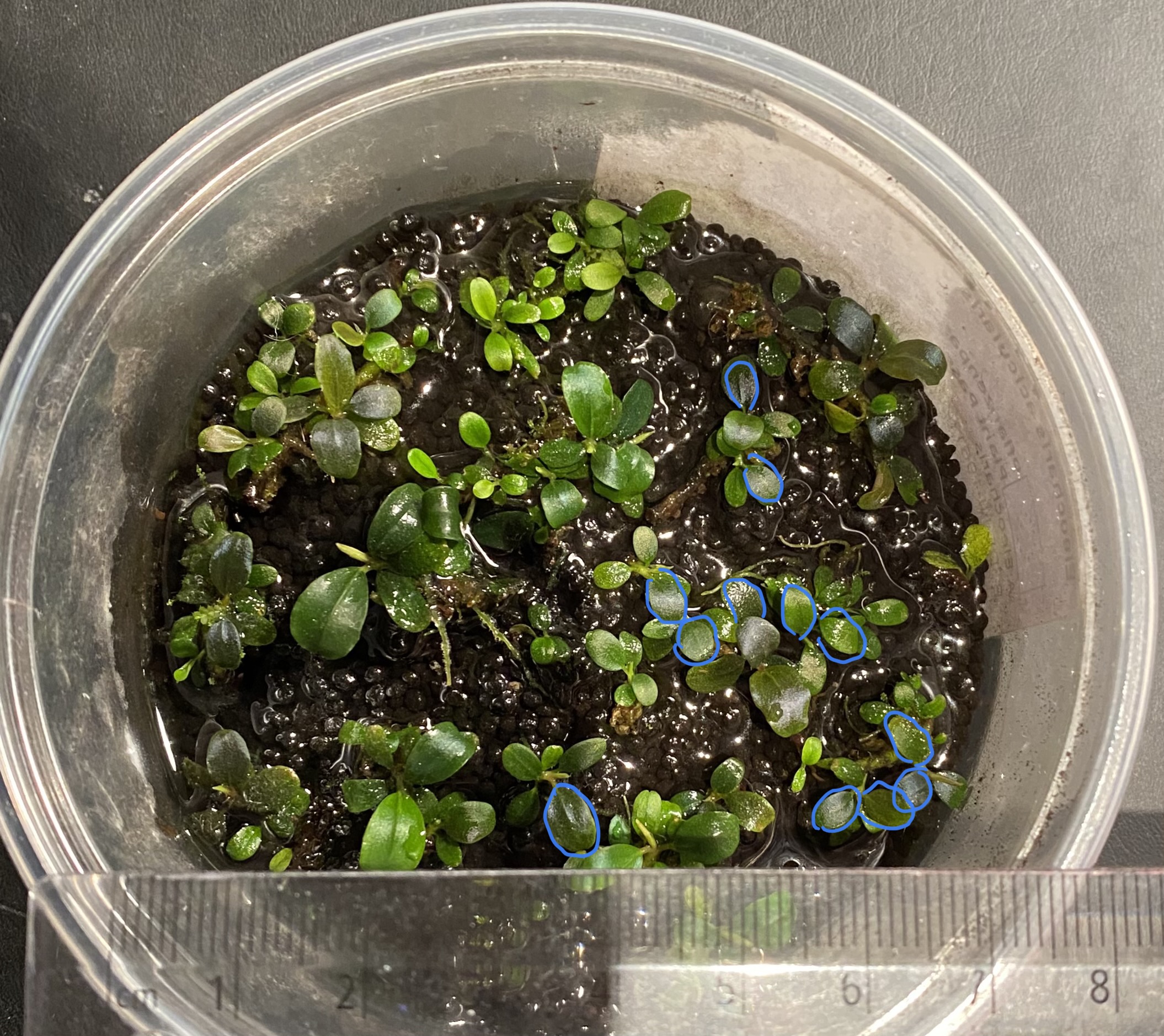 Spotted this in @Tim Harrison journal ‘Ryuboku’. I think it’s ‘Mini Needle Leaf’, which is a commercially available variety, so it would make a lot of sense being a hitchhiker depending on how into Bucephalandra whoever you got your plants was. Then again who knows? 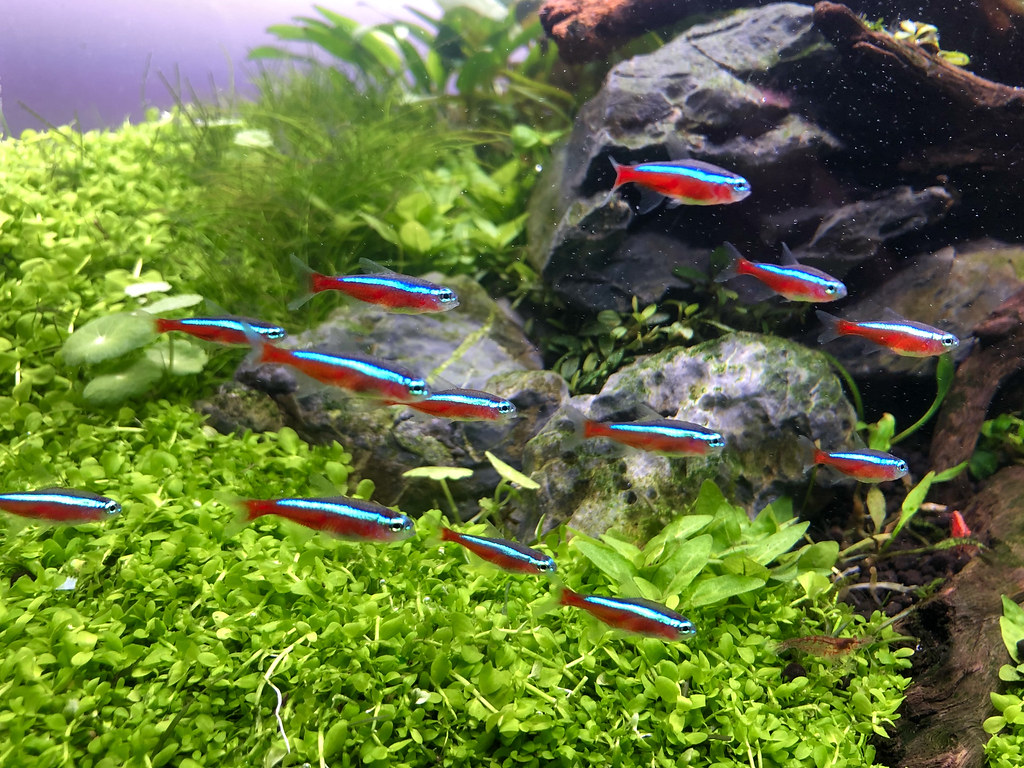 You're right it is, and it's still sulking. It didn't like being moved...
.
Aquazeitgeist. YouTube
A Brief and Incomplete History of Aquascaping. Soil Substrate Planted Tank - A How to Guide
Schism Reimagined. NatureScape. Return of the Shallow. Windswept Eternity, Primordial. The Dark Side or What Lurks Beneath

Tim Harrison said:
You're right it is, and it's still sulking. It didn't like being moved...
Click to expand...

Is that why the leaf shape is rounder than its namesake would suggest. I had some but killed it before it grew underwater leaves. That‘s why I always suggest growing out tissue culture rhizome plants emerged.

It usually grows quite well, I haven't really noticed any change in leaf shape, but then I can't say I've paid much attention.
.
Aquazeitgeist. YouTube
A Brief and Incomplete History of Aquascaping. Soil Substrate Planted Tank - A How to Guide
Schism Reimagined. NatureScape. Return of the Shallow. Windswept Eternity, Primordial. The Dark Side or What Lurks Beneath

Is that what's in the pot then?
Would you mind explaining the method you use as I'd like to do the same

@X3NiTH these are a few of the buces I have in the tank, crap quality photos though I’m afraid!
The first one with the red underside is quite a size now but I can’t get any good pics as a few plants are blocking the view! 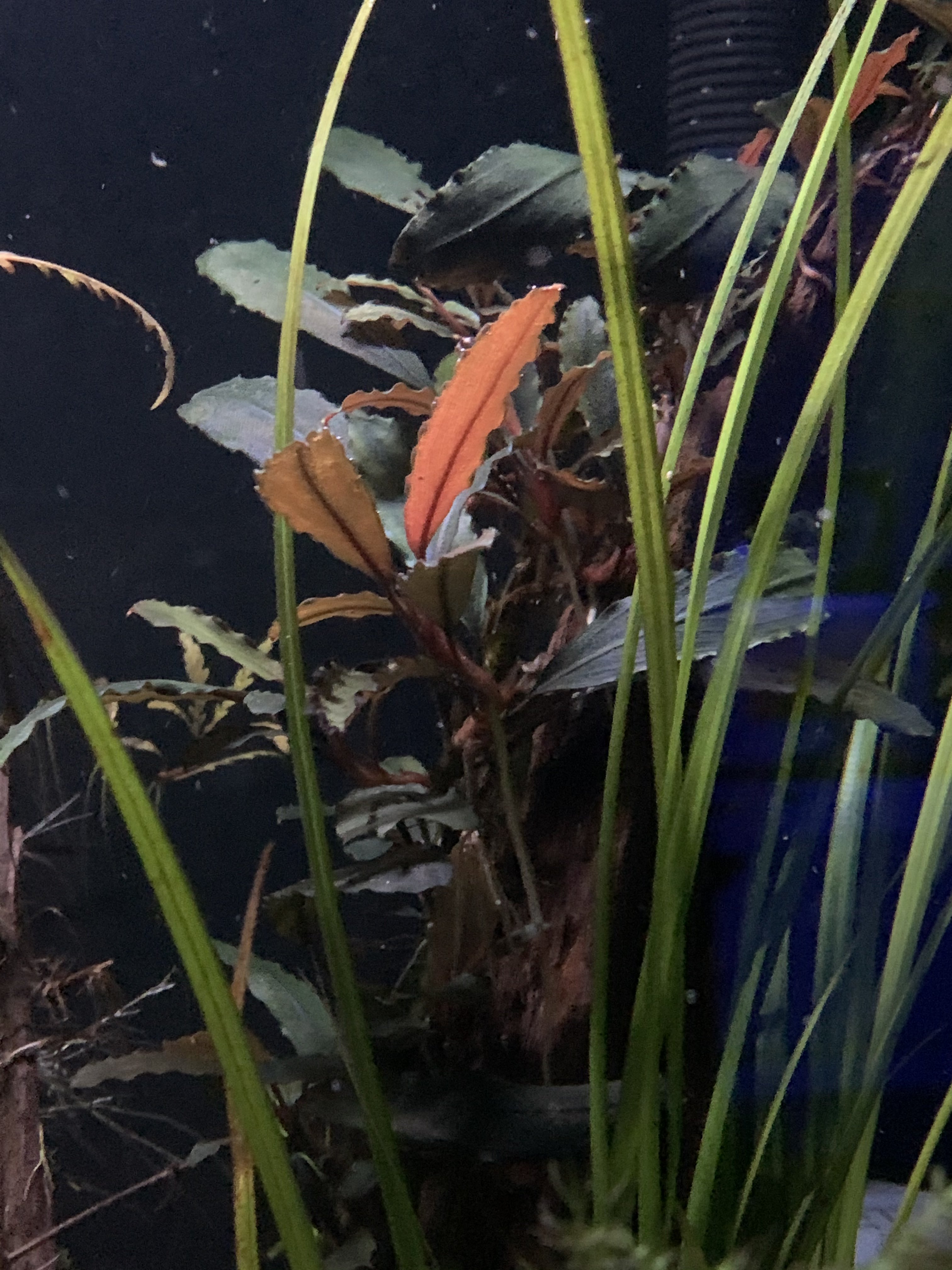 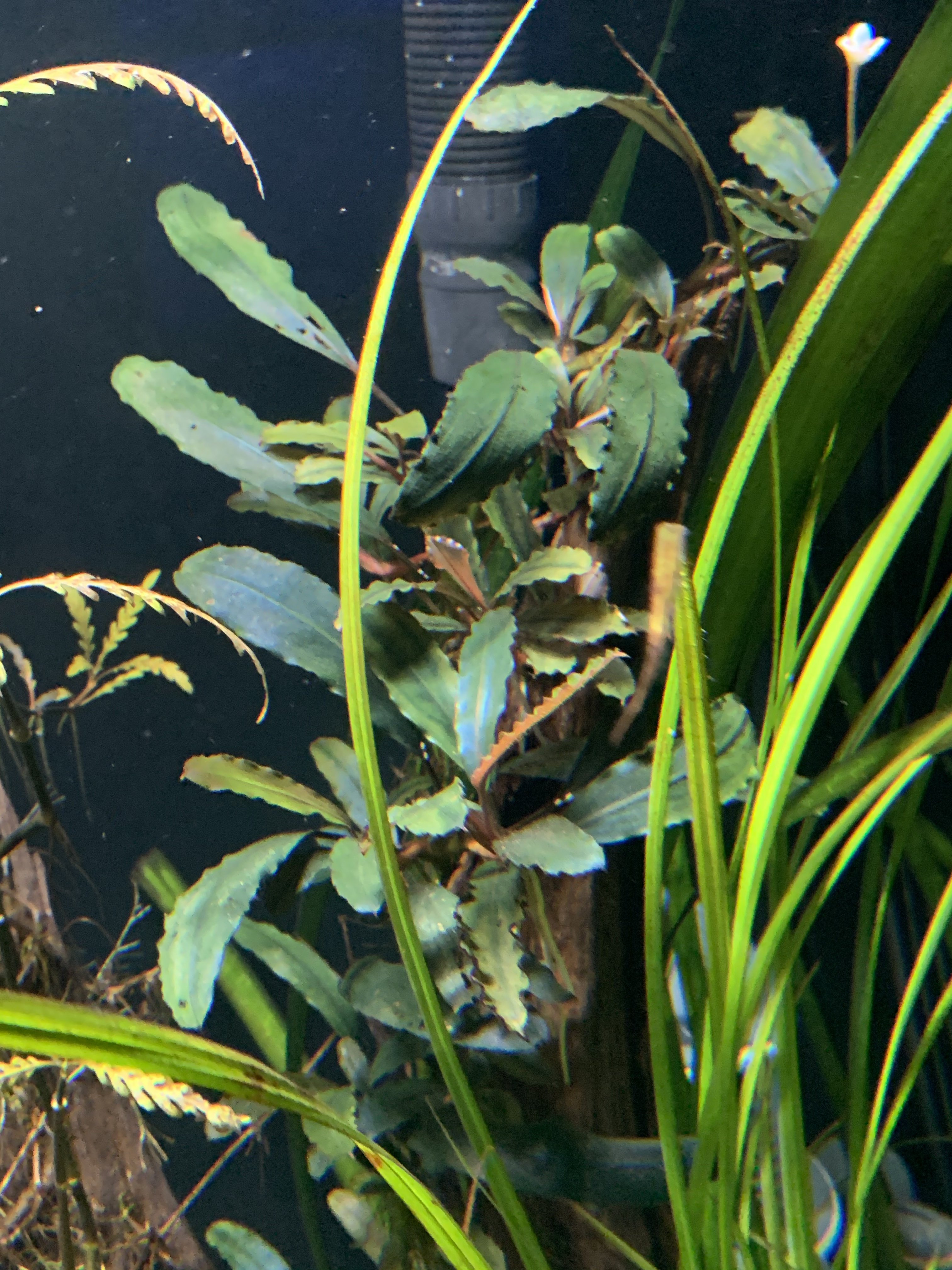 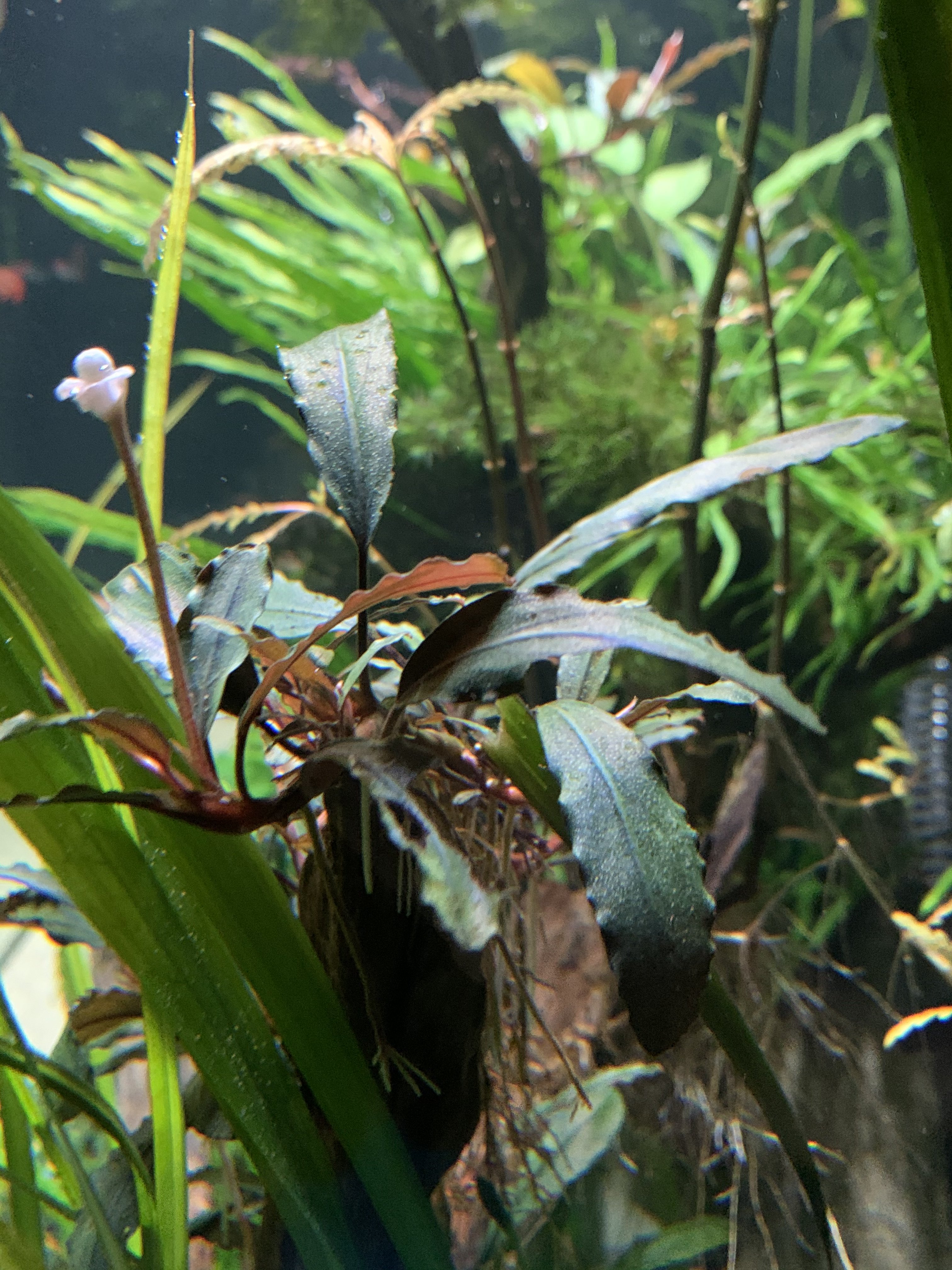 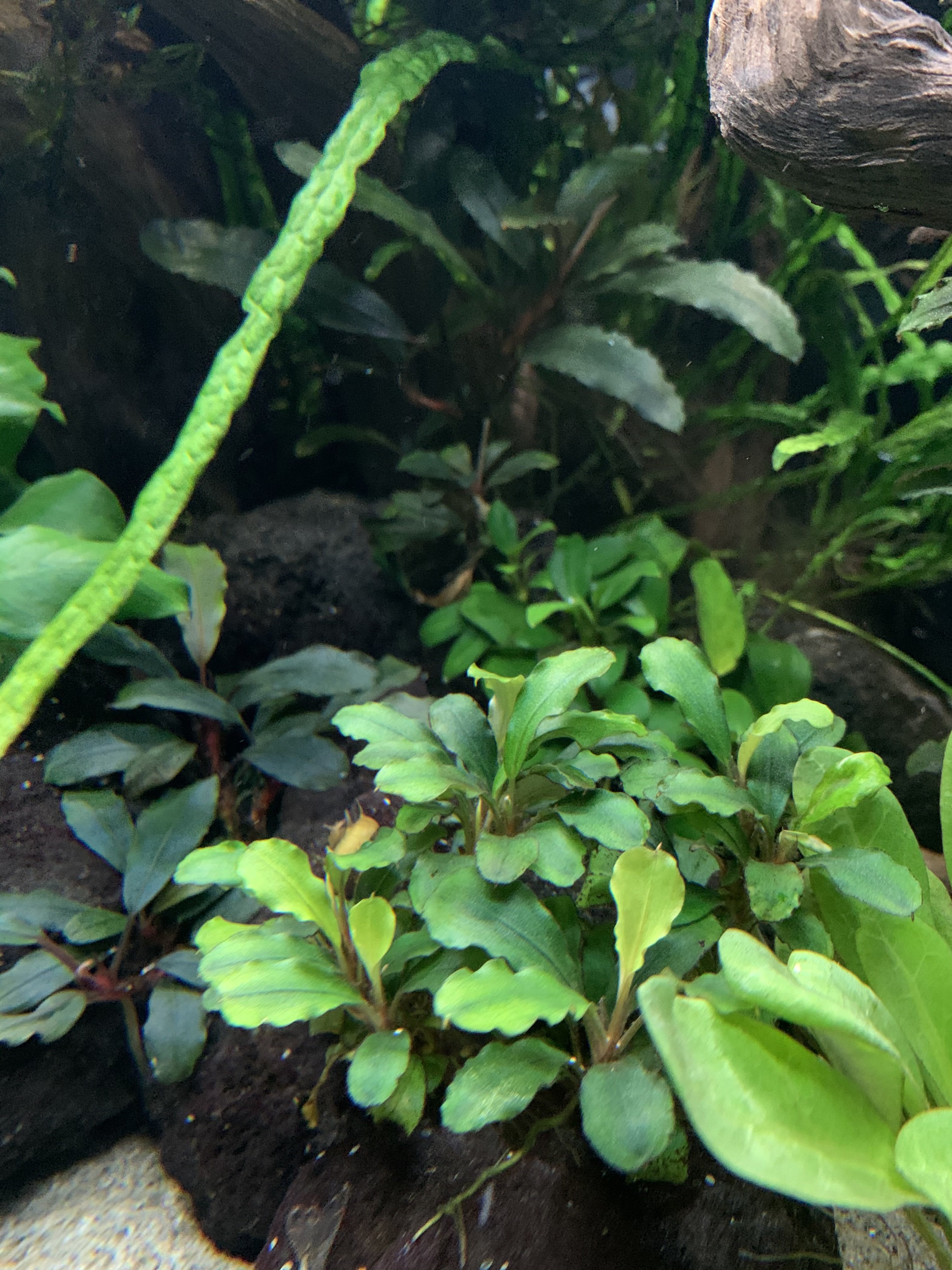 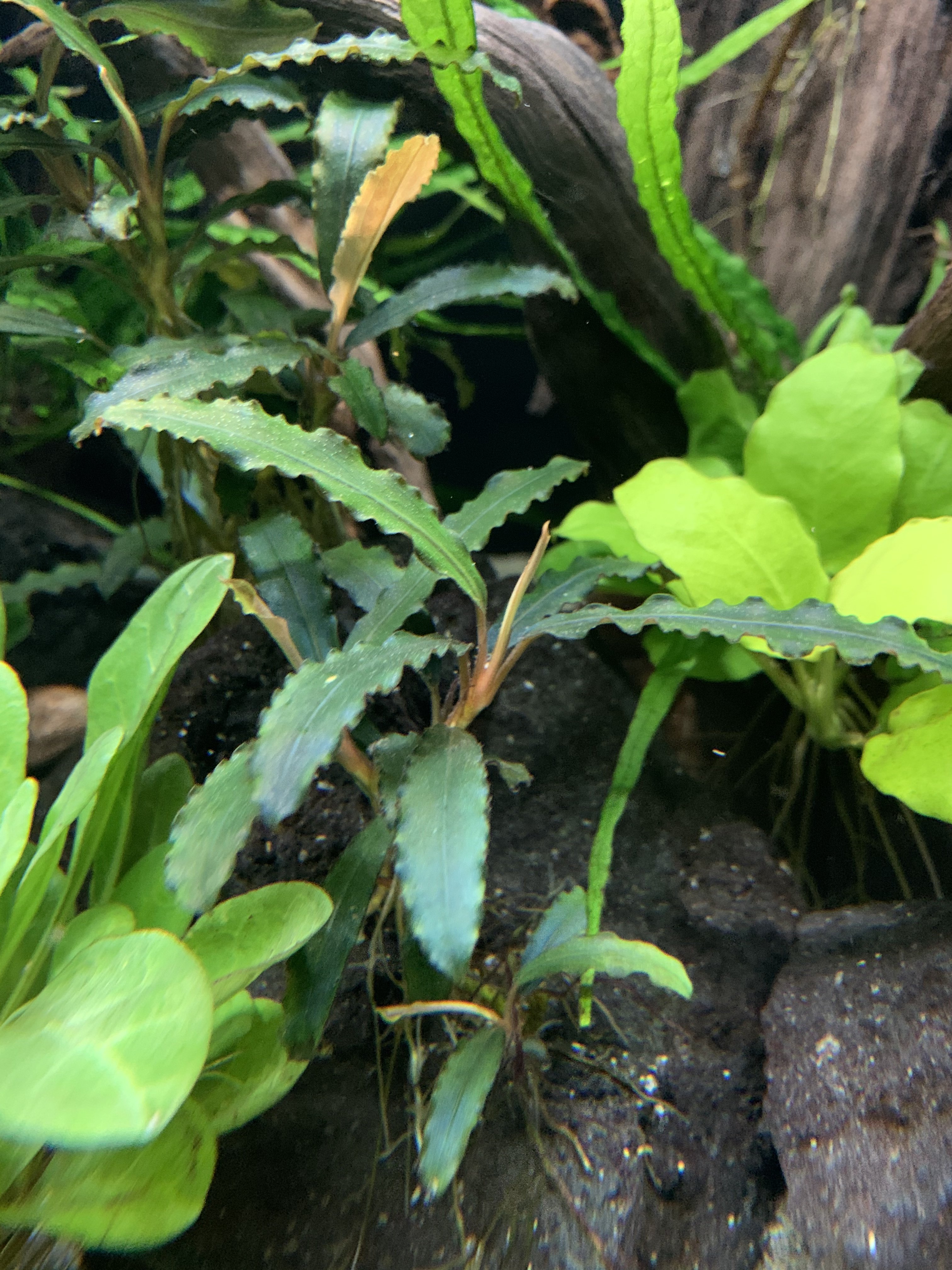 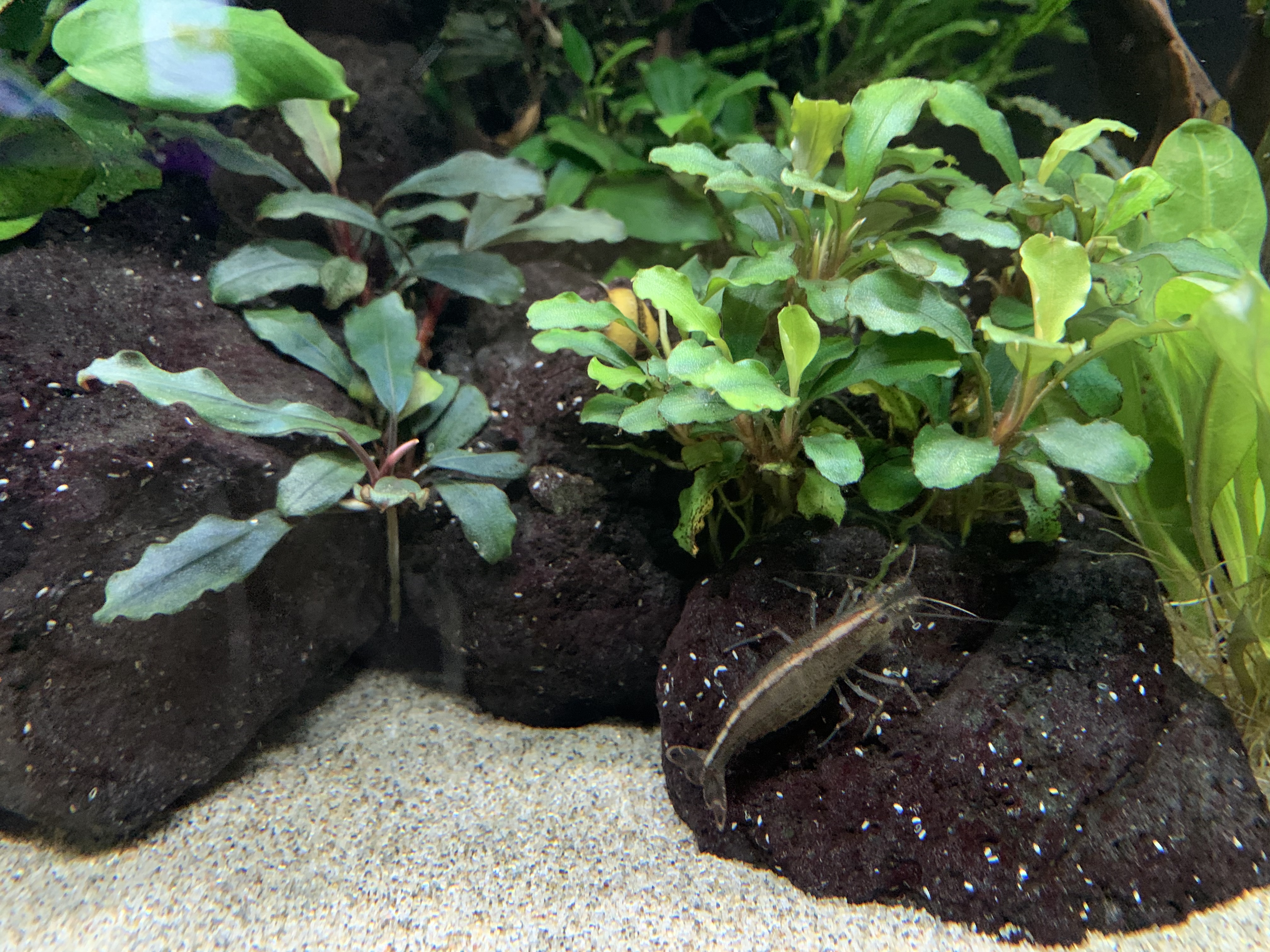 Looks like Theia, Motleyana and Cherry Red in the tank (or similar). Theia being colourful and most crenelated (wavy leaf perimeter), Motleyana is bright green colour and less crenelated than Theia, Cherry Red even less so (more descriptive of being a round leaf Brownie type). I would say it’s likely the Cherry Red where the plantlets have come from but I might be wrong.
Aquatoon - Planted CRS Tank
You must log in or register to reply here.
Similar threads