Geoffrey Rea said:
It will get scaped this summer (with aquatic plants
Click to expand...

Nice @Siege may be getting a sourdough culture going again soon if you fancy a different loaf occasionally.

As for the tom’s and peppers depending on the yield I may be getting some sauces and salsa going too. Tank may be used for salad, rocket and herbs once I can shift this first round outdoors as well.

Nice, I’ll be up for some of that

Jayefc1 said:
Dont know I quiet like your new style not sure it meet the judging requirements for the comps though
Click to expand...

Geoffrey Rea said:
may be getting a sourdough culture going again soon
Click to expand...

I’d you can get this from wild yeasts, send some my way (it will be worth the postage!)

alto said:
I’d you can get this from wild yeasts, send some my way (it will be worth the postage!)
Click to expand...

I’m not eating anything based on something that Geoffers should really have shown to a clinic!

Meanwhile down on the Rea Farm phase two is underway... 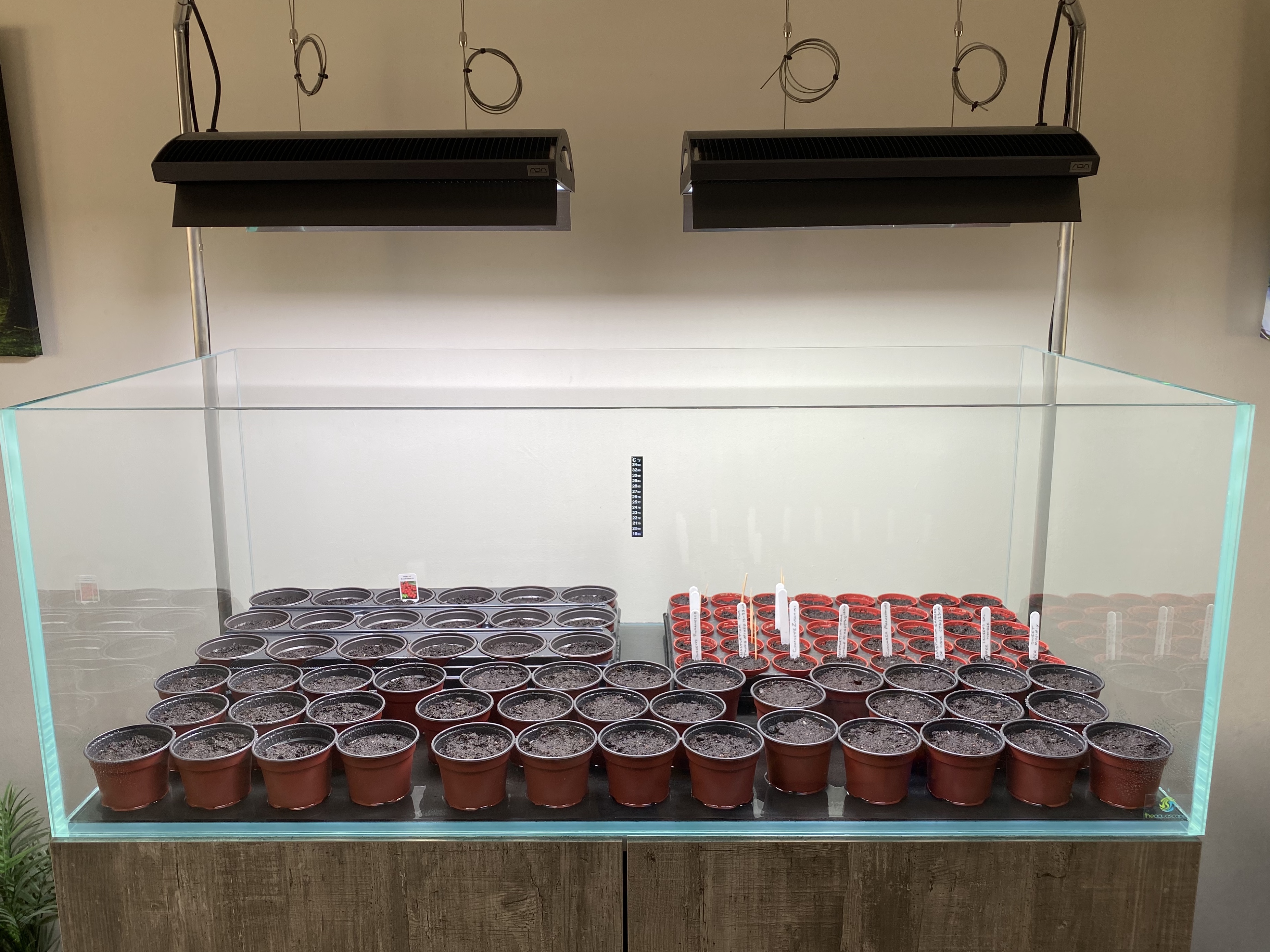 Geoffrey Rea said:
Used to grow tomato plants in the cupboard in the middle of winter when we lived in a flat just to try it.
Click to expand...

Are you sure they were Tomato plants?

dw1305 said:
Are you sure they were Tomato plants?
Click to expand...

So so sure Darrel... the police thermal imaging from the helicopter only picked up the ‘tomato farm’ in the loft 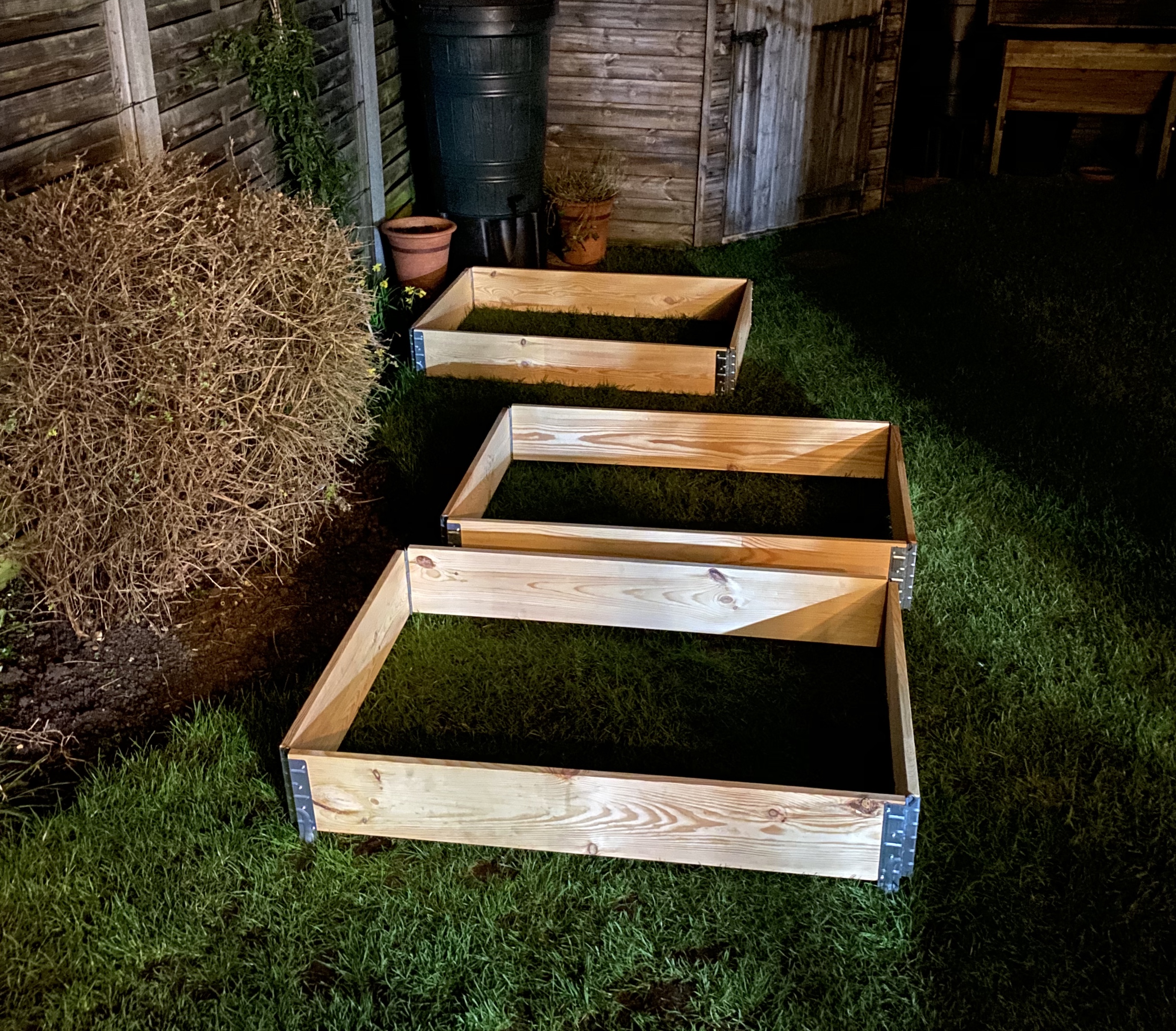 Untreated pre-fab raised beds but cheap and will last a season or two. Also picked up a load of 99p buckets which can have drainage holes drilled in to serve as pots for spare plants to pass on to the neighbours.

Episode four on The Rea Farm... 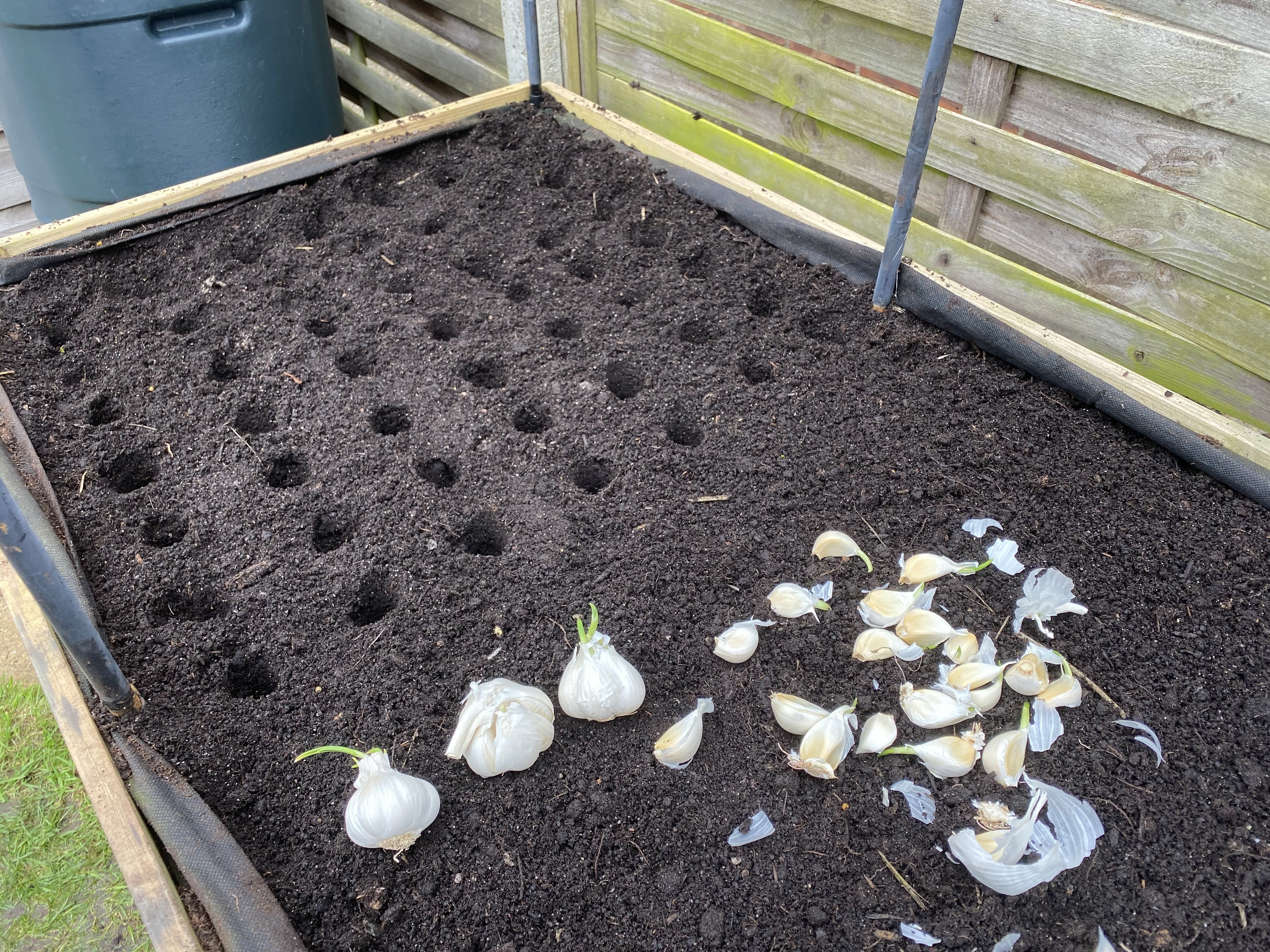 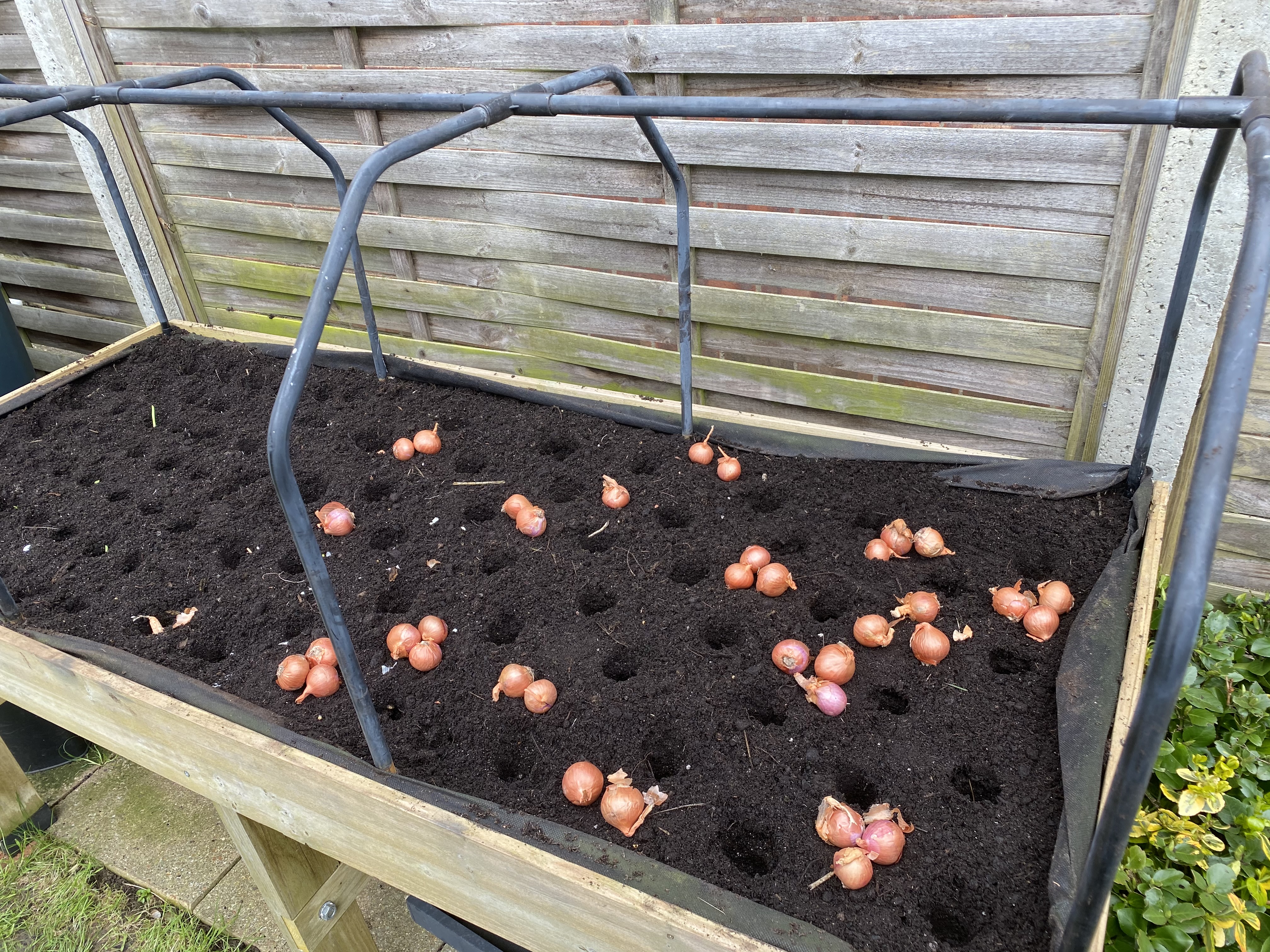 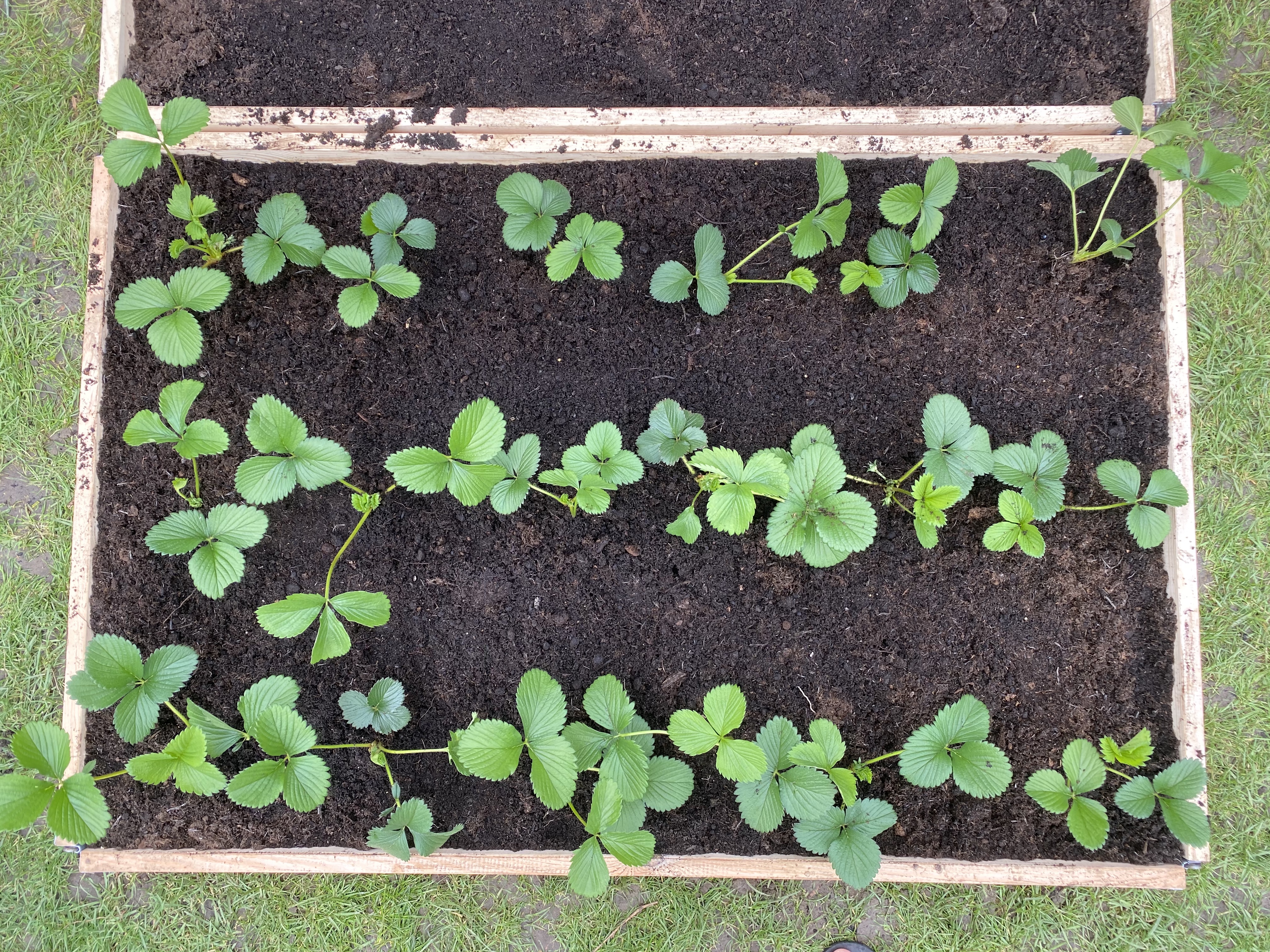 Frost on the way but should be fine. Lots more to go once the weather gets warmer, but should be in excess of 100ft2 of farmable area available for growing. Just need to keep everything propagating in the AS1200 in the meantime.

I’ll have one of your strawberries and pretend I’m watching Wimbledon!

My stepdad used to grow the best strawberries and he’d never say why they were so good. I found out one day that he grew them in pure manure. Sounded disgusting at the time but they were really good!

Siege said:
I found out one day that he grew them in pure manure!
Click to expand...

High yield and rapid growth that way. I remove 25% of the soil and put in manure early winter to rot down for spring for strawberry patches. Only grow strawberry plants on for two seasons (compost thereafter as third season on they aren’t so good) and you can smell those suckers from a mile off they’re that sweet. Usually turn most of the harvest into jam.

Growing three rounds of strawberries this year staggered with 18 plants per round. Normally grow Cambridge Favourites but gone with two other varieties this year.
Last edited: 19 Mar 2020 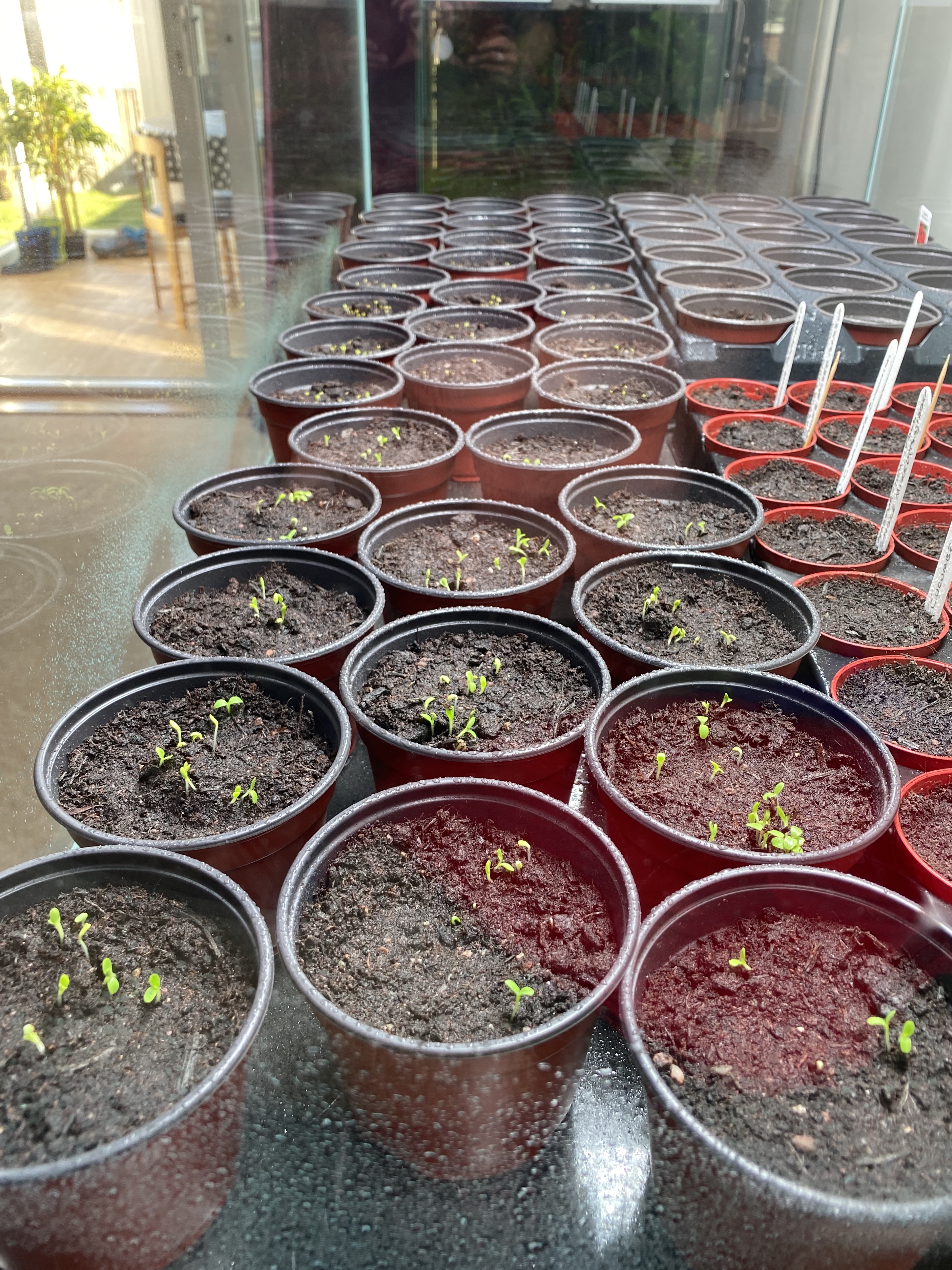 Back down on the Rea Farm... There’s only so much ‘PE with Joe’ YouTube lessons you can do with your kids before you start feeling your age

So as this lock in continues have been seeing what principles from aquatic plant care apply to horticulture. Charles Dowding’s advocation of the ‘no dig’ method makes a lot of sense to a certain extent, at least to me. Particularly interested in the comparison of the strata you can view in aquarium soil as the months pass by, various zones become ideal for bacterium of countless varieties, and that of the soil in the vegetable beds being left to settle in the same manner - effectively no digging/tilling the soil between crop.

The taller beds have had a deep vertical channel dug beneath them before being setup. This top soil, broken up clay where the rose bush/pontentilla bush rooted downwards and the compacted clay down to the hardcore from the building site rubble, has been lifted out and redistributed throughout the compost. I suppose the idea is to seed the beds with whatever survives from the upheaval and let it settle for a month before planting. I won’t disturb it beyond this for at least five years now.

The veg trug over the last five years has been run this way, only adding manure to the surface in late autumn to rot down over winter, but never disturbing the soil. With successive years it’s become less prone to weeds and yield has been great. Managed to negate disease/pathogens ruining crop, but this may just be luck and a suspended bed is not the same as a raised bed as a caveat. 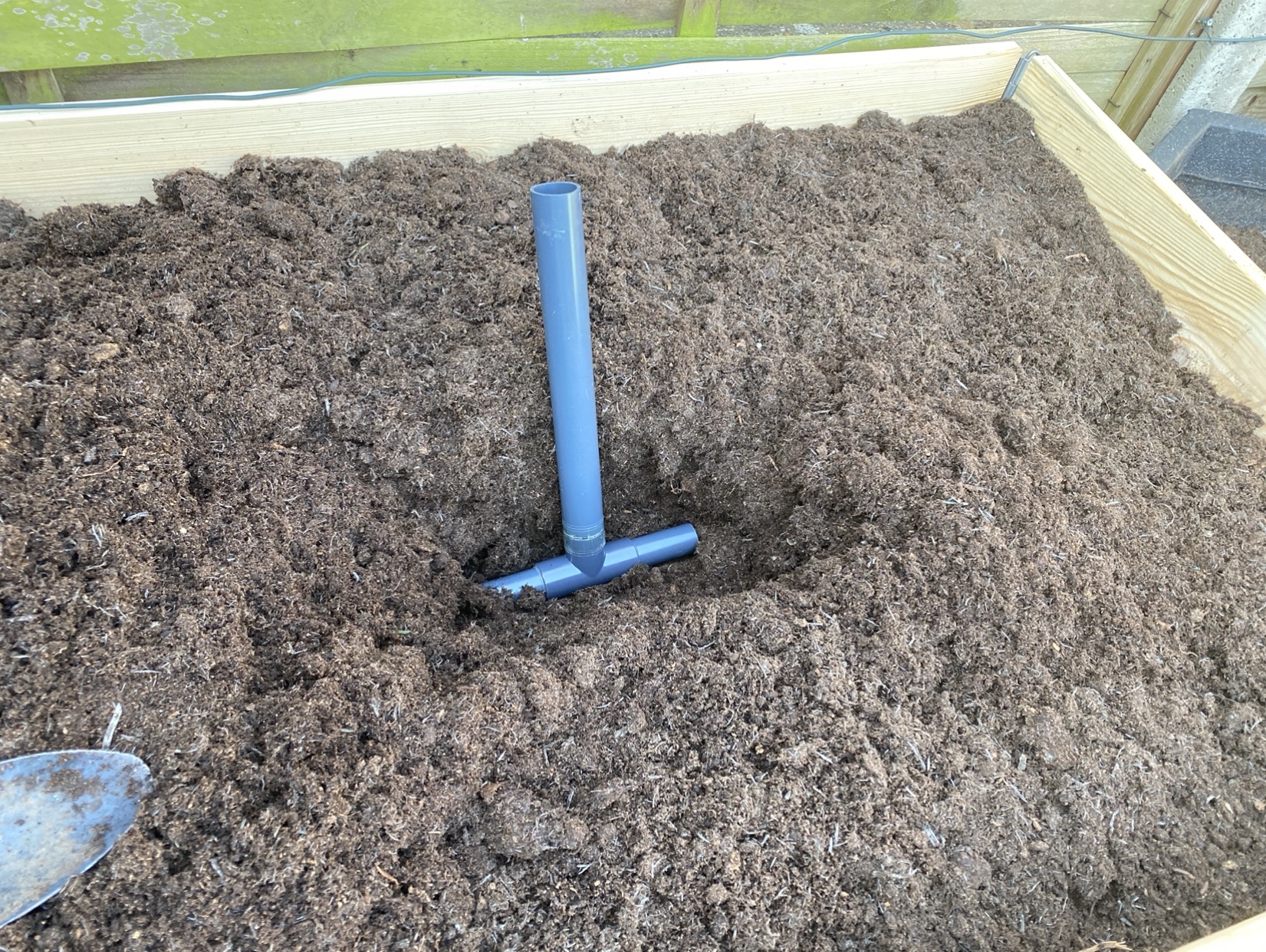 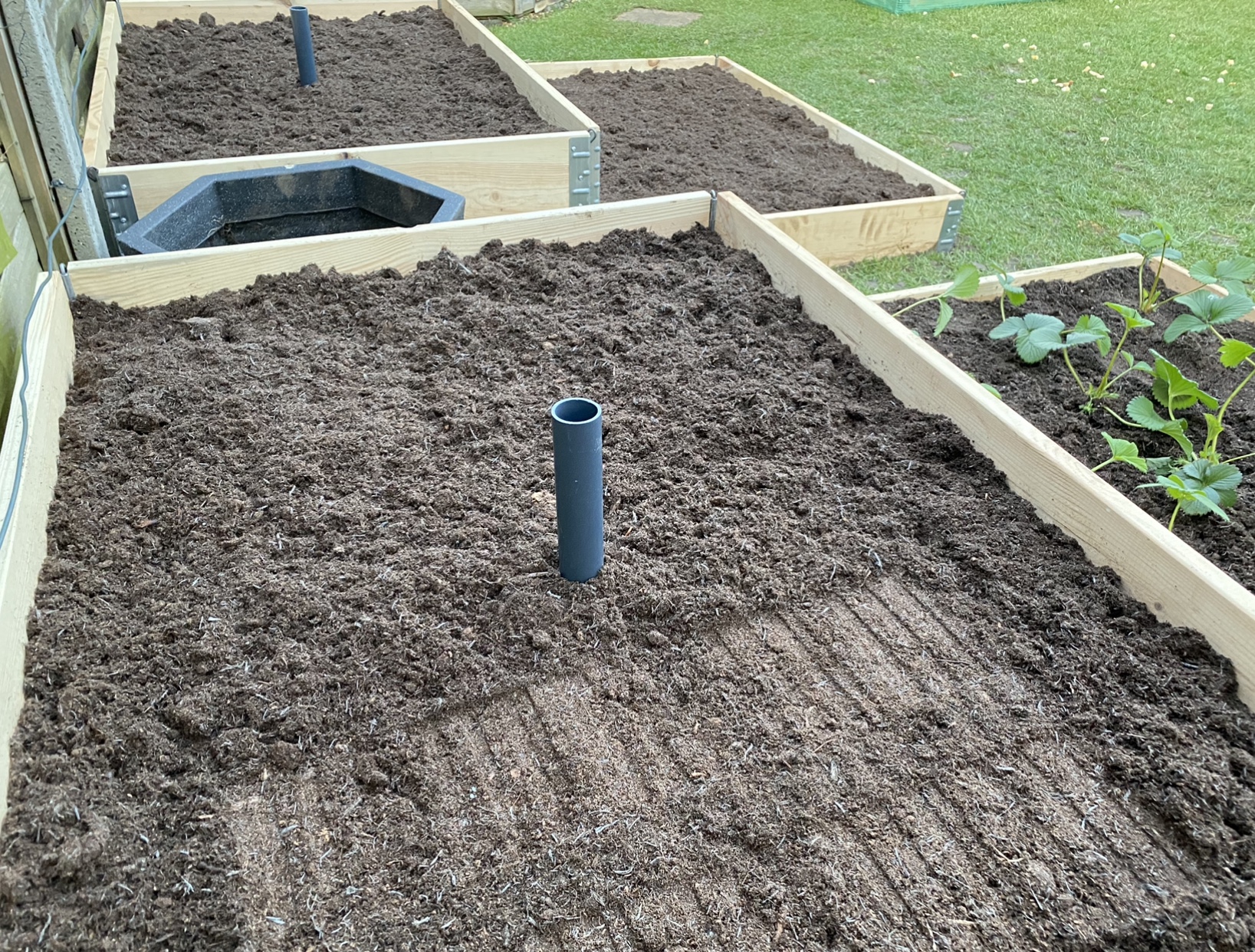 Watering these taller beds will be done a foot down. I’ll be multi-cropping these beds to a) get the most out of them and b) to provide weed suppression. Also deeper watering extends the number of species that can be implemented in the beds. For example, one bed will have tomato plants central, basil near the root system of the toms and onions around the perimeter. The top 6” of dryer soil will be ideal for the basil and onions whilst catering to the consistent watering needed for the toms. 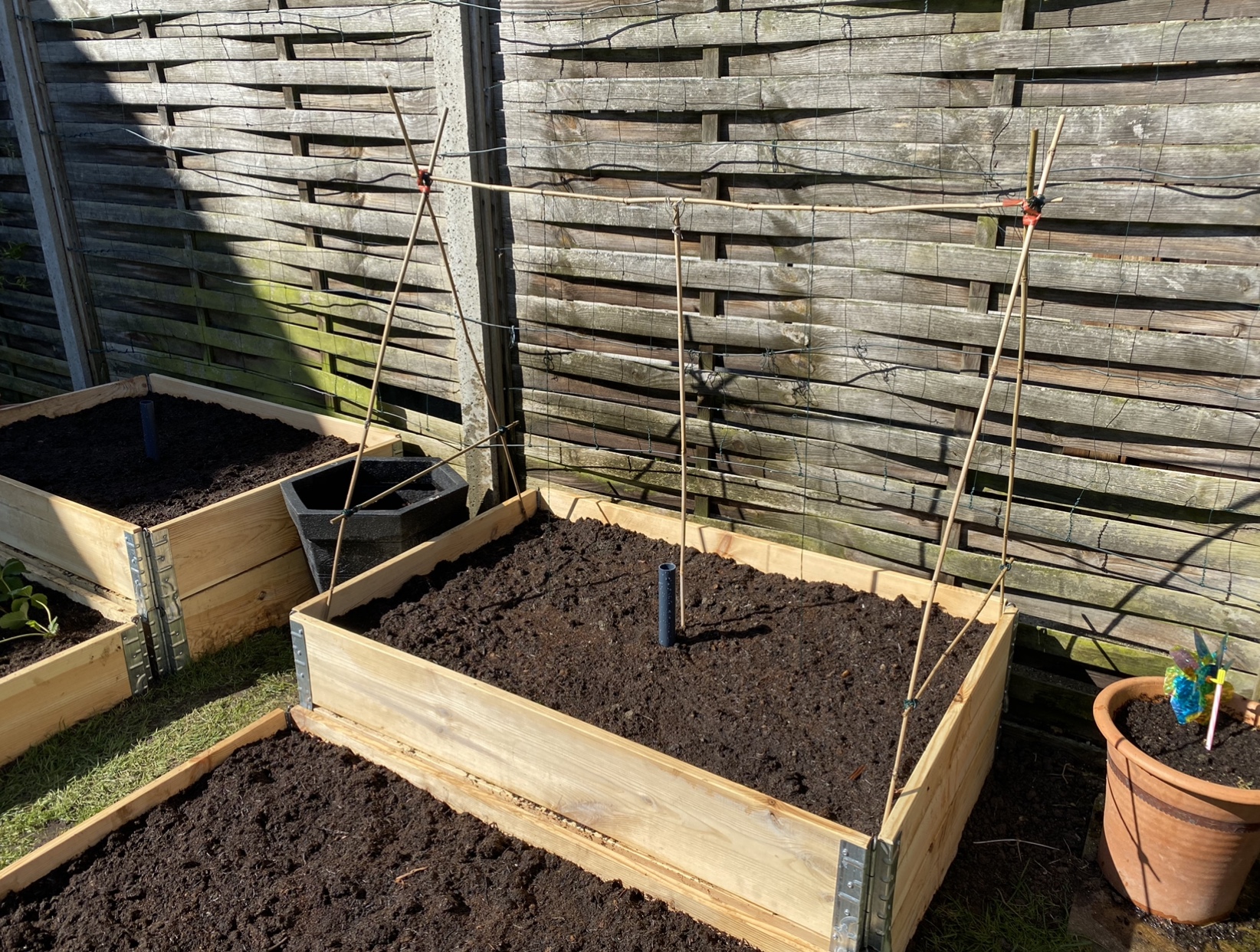 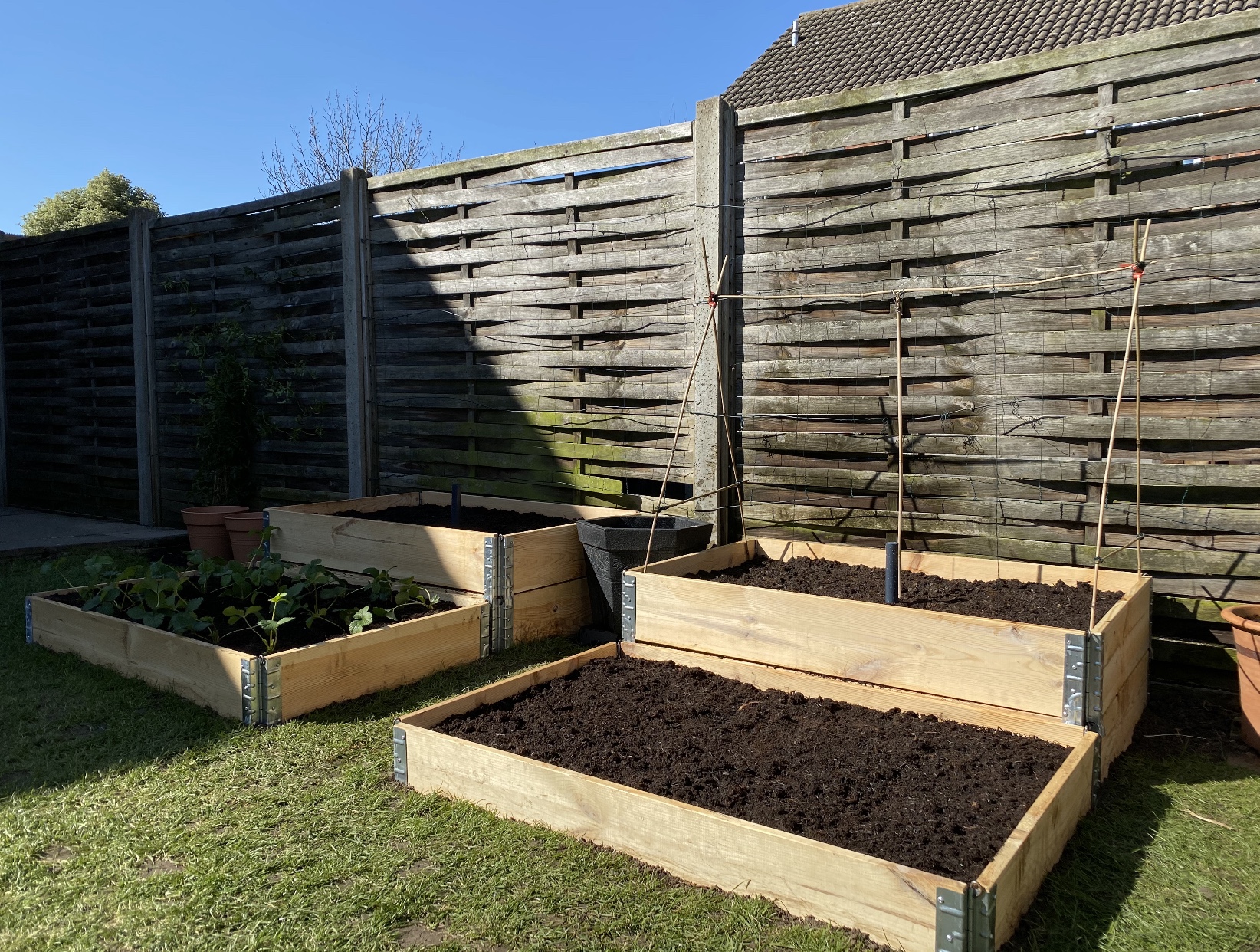 Beyond that just getting ready to plant out mixed lettuce under cover next week as the night time temps become more forgiving. 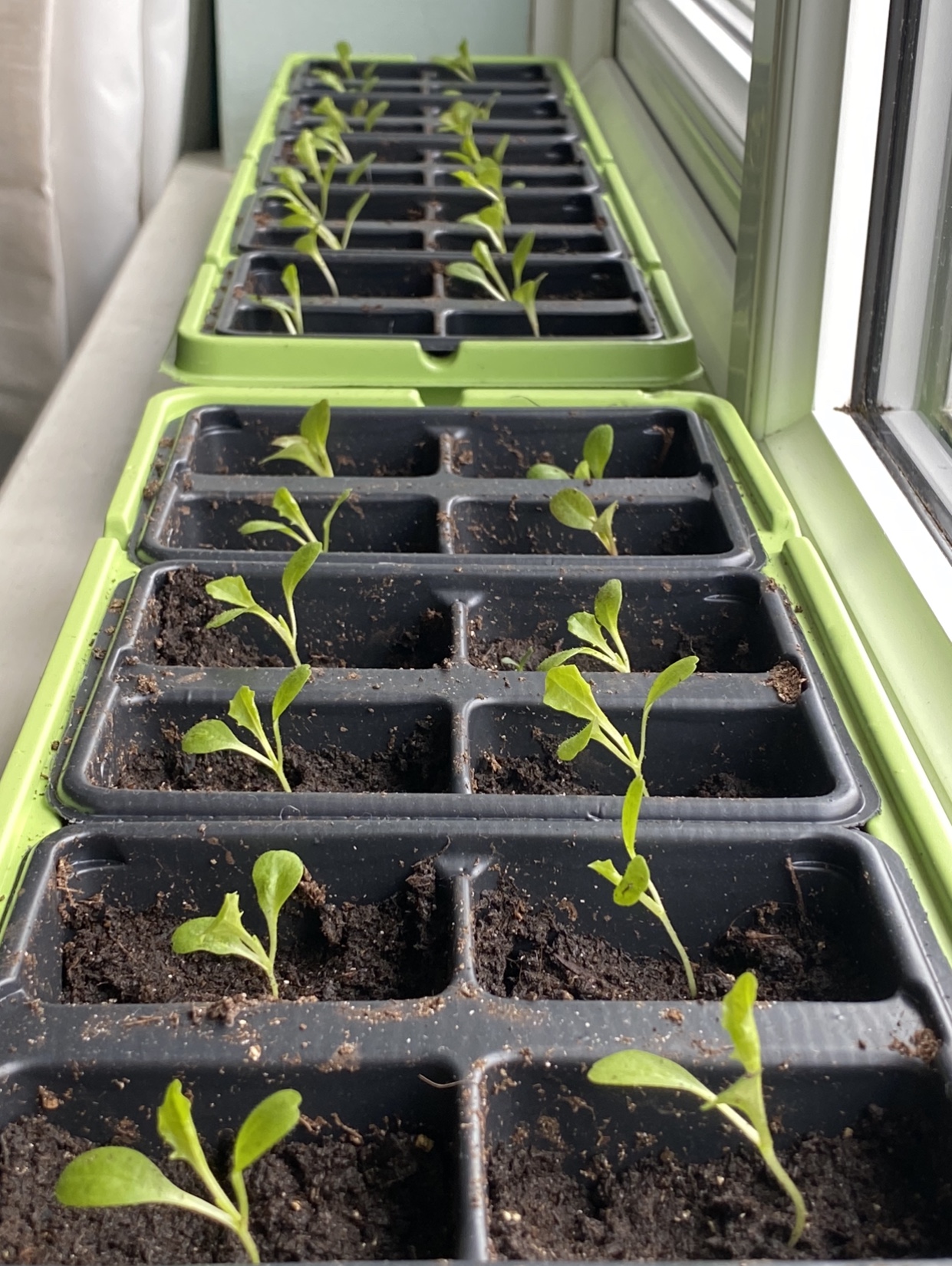 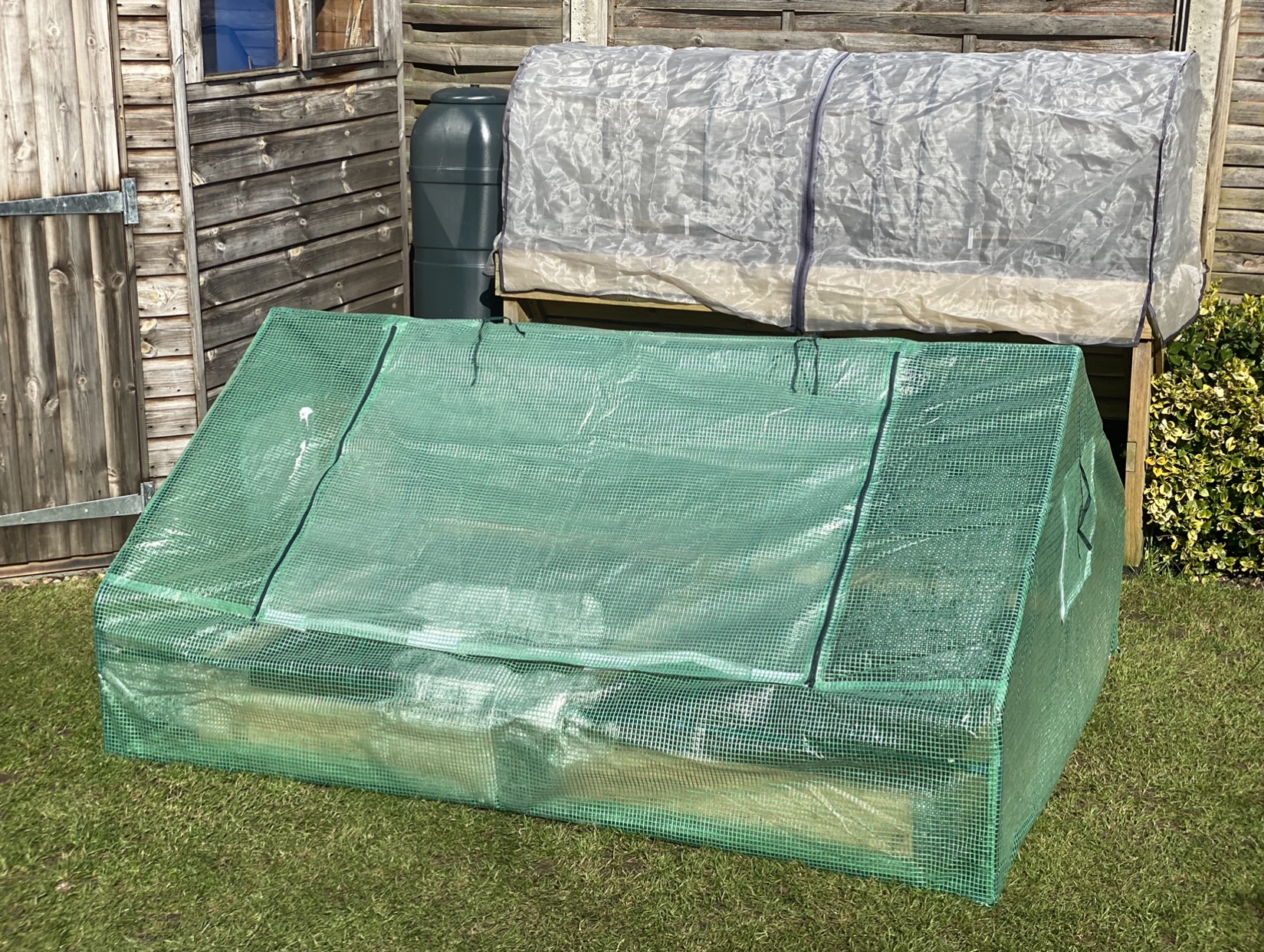 The hope is to get the AS1200 back after all this propagation and scape that sucker in the summer. Then we can use all that water from rampant water changes in the first month to water the crops.

Gotta love PE with Joe though my thighs are killing and ollie is like again daddy
Click to expand...

Bulk of the tomato and pepper farm going out the front Jay, room for 20 planters before annoying the wife sufficiently enough to be murdered in my sleep. Back garden gonna be a mixed bag.

As for Joe.... kids same here mate, back to back sessions

On today’s episode of ‘Down on the Rea Farm’... 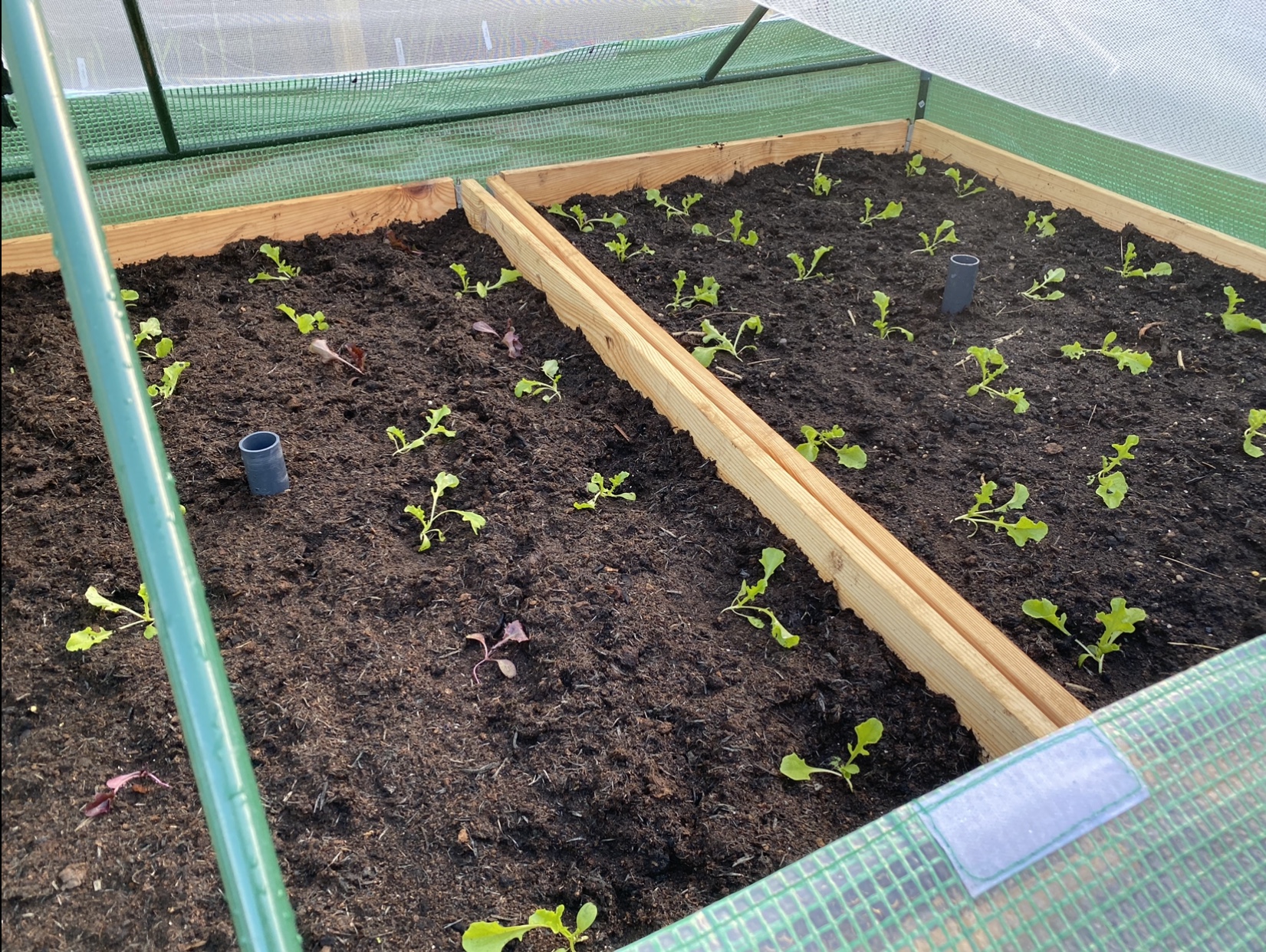 Bed on the above left had a multipurpose fertiliser added a few days before transferring the plants out. Bed on the above right has had nothing added. Bed below has had potassium phosphate added along the channels to encourage quicker root growth but nothing else: 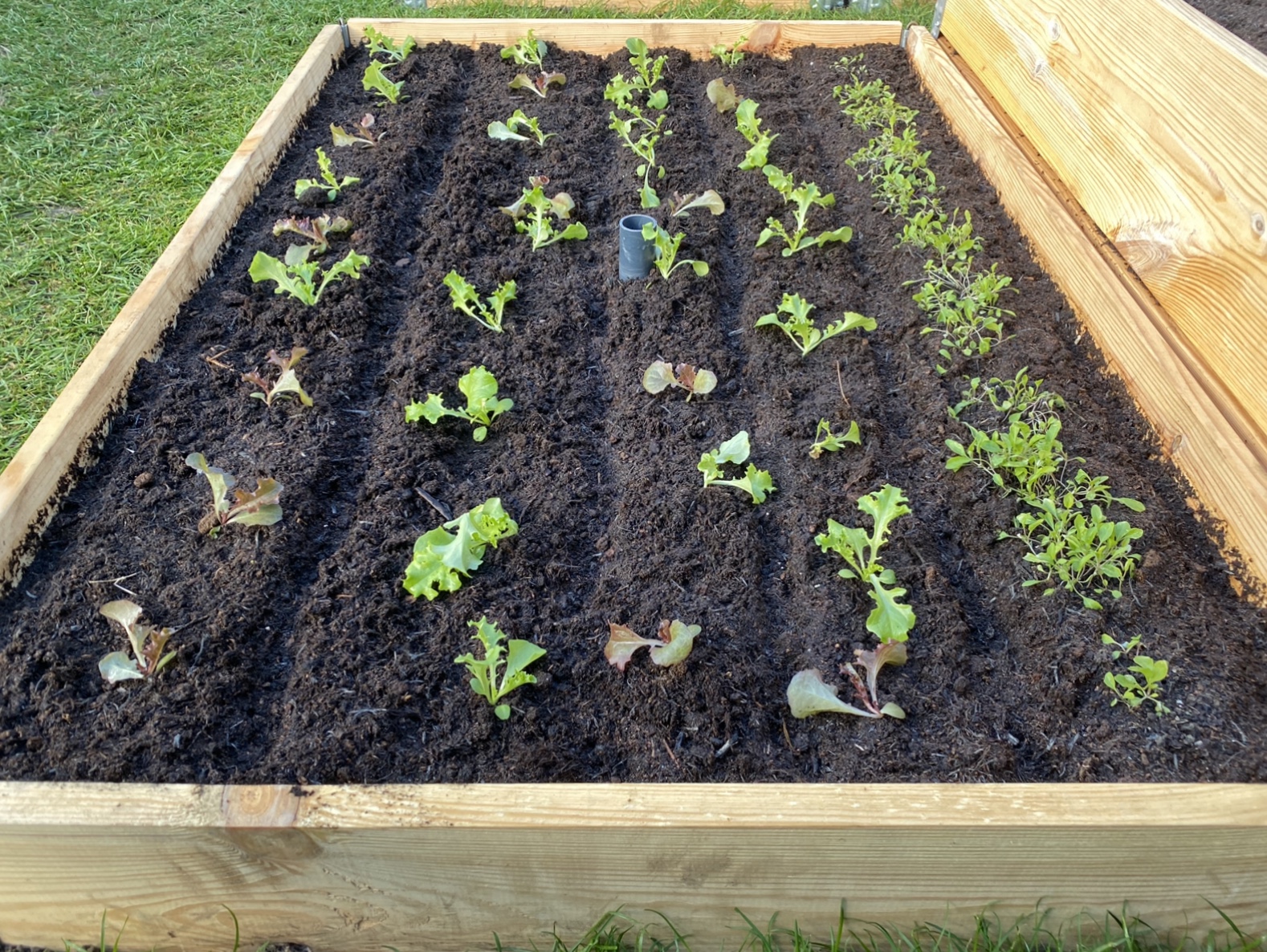 Garlic, onions and cherry toms are off as well with warmer nights looking set to stay from now on: 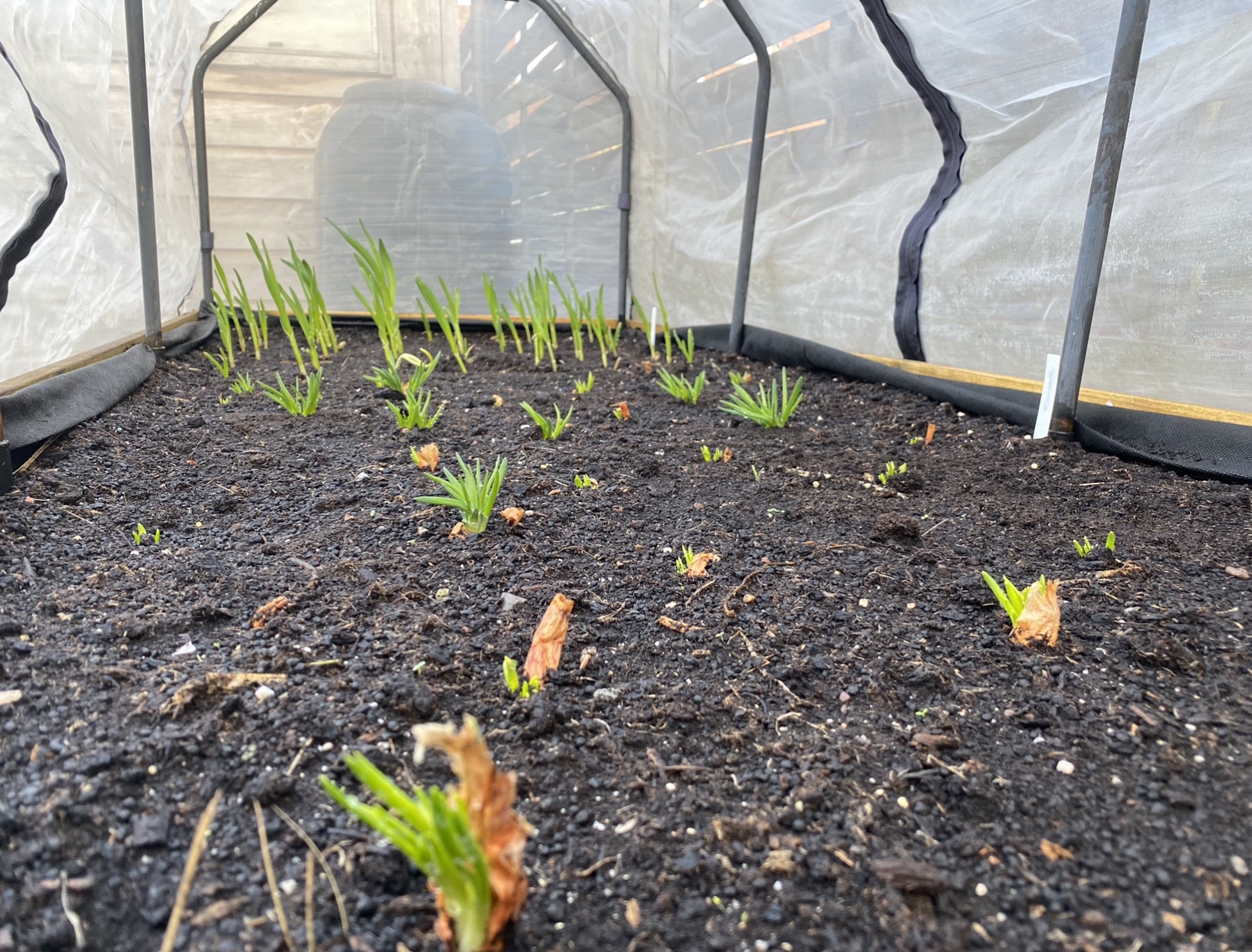 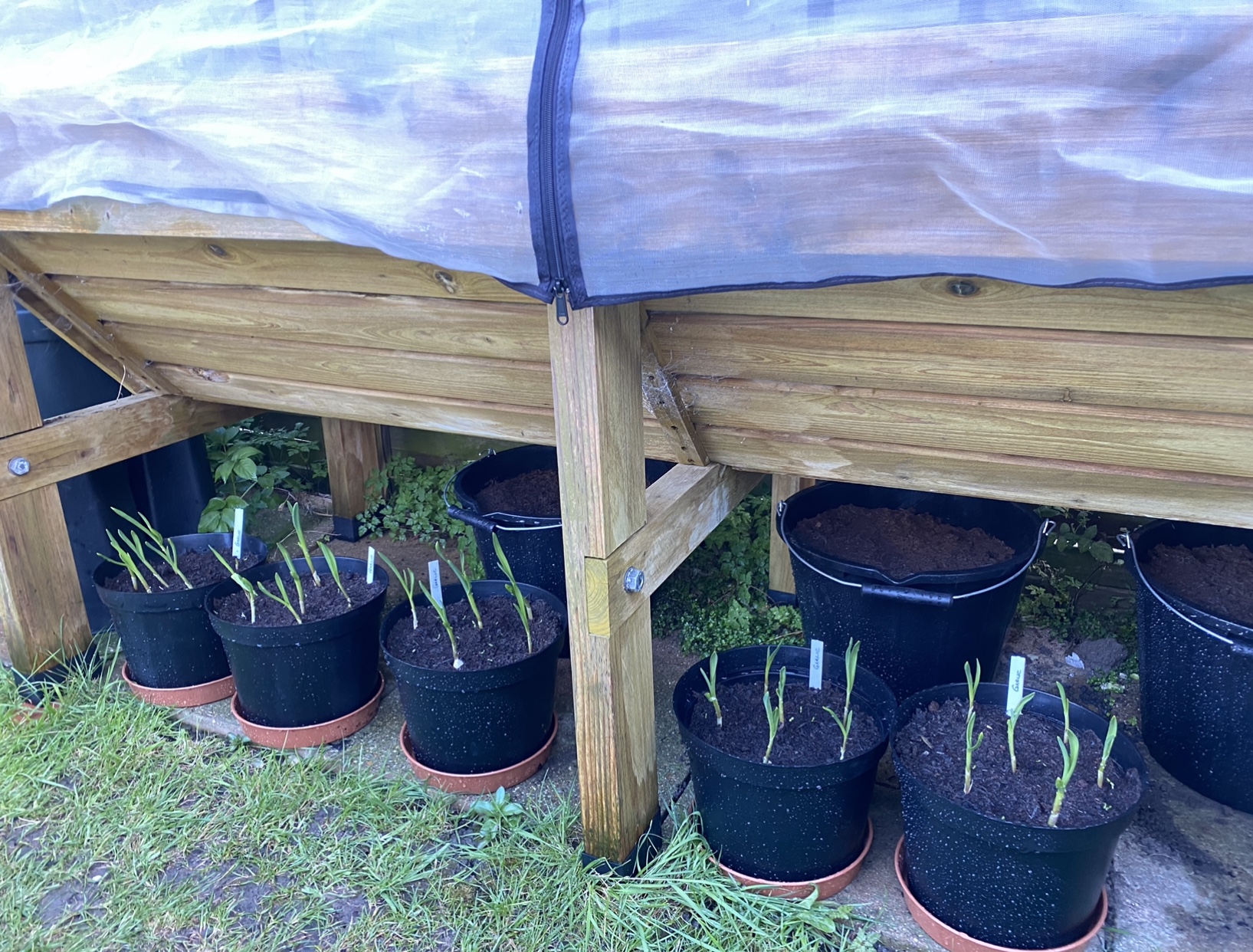 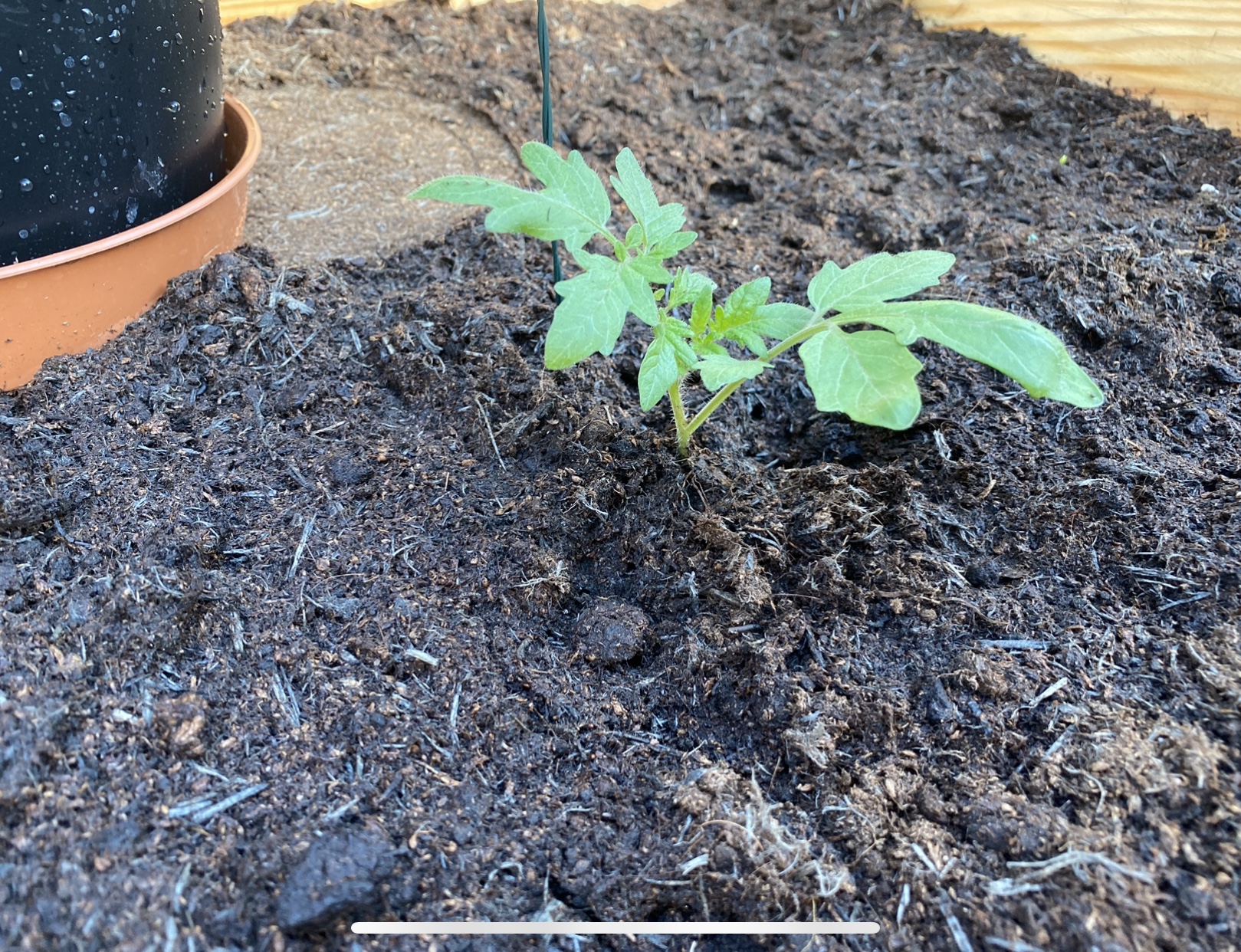 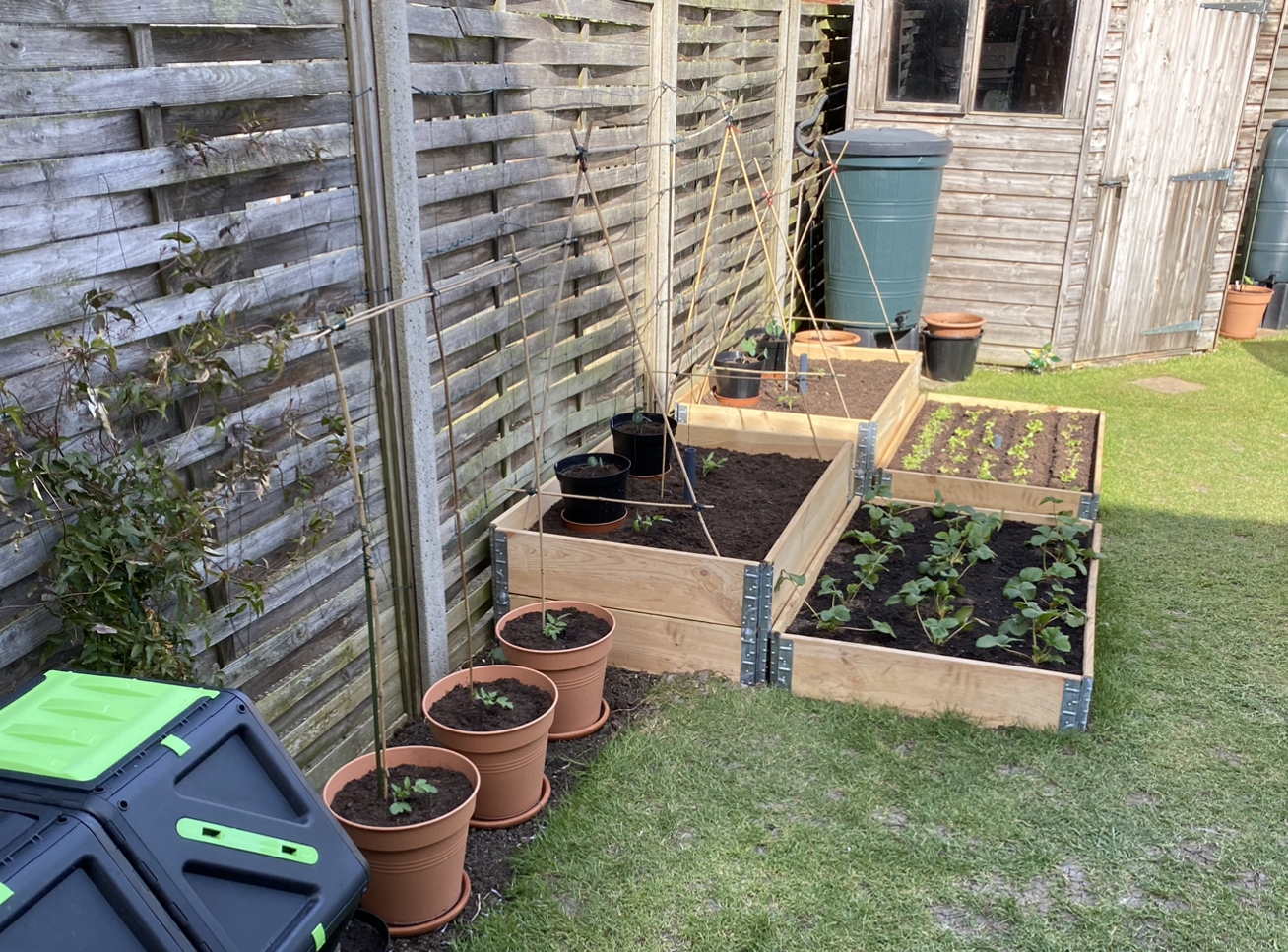 There’s also onions planted around the perimeter of the tomato beds, just starting to get there now and ready to breach the surface.

On to phase two of propagation: 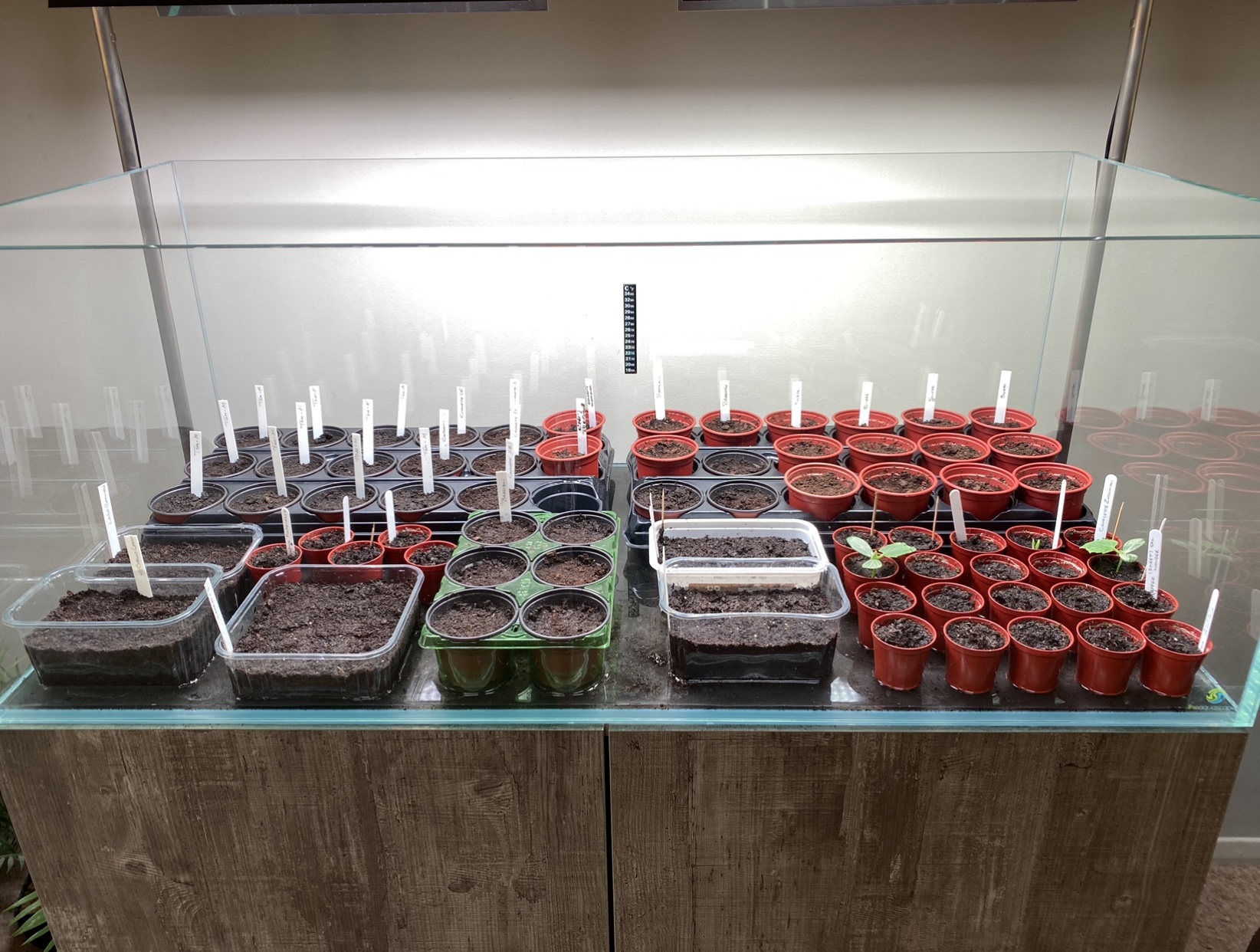 This has turned into a very fun project for the kids whilst we’re all cooped up inside. For the older one he’s having to make decisions across time about what to eat and when it will be available; not a small point in my mind when we live in a world that denies seasonal fruit and veg due to supermarket abundance year round. For the little’un feeding the compost bin is about as far as it goes for him but it’s entertaining if nothing else