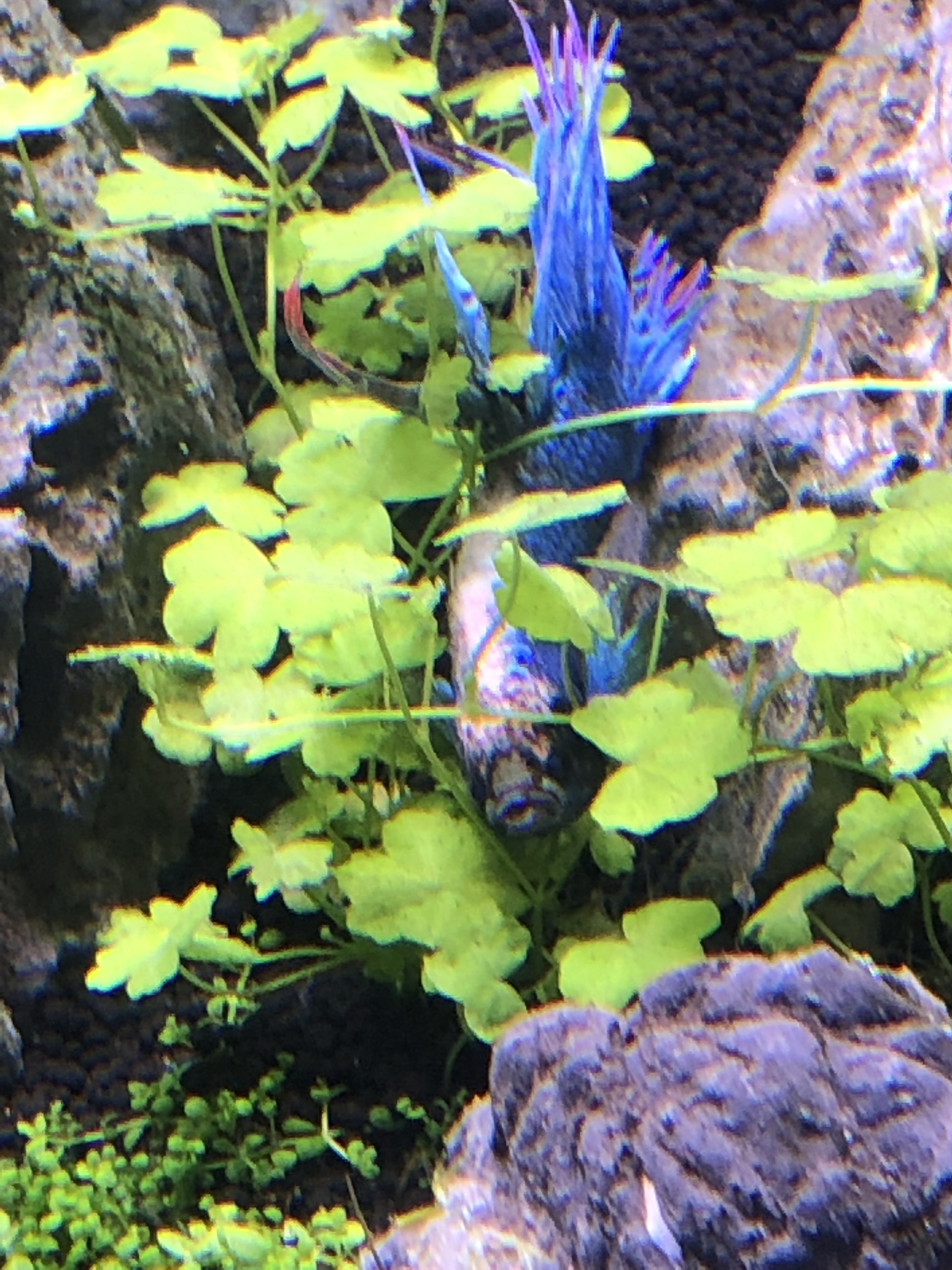 Hi guys. So yesterday, I went to my LFS to buy some Ottos and a really beautiful Betta caught my eye,so I ended up leaving with him as well as the Ottos. My scape has been planted around 5 weeks and I have only added shrimp up to this point,planning not to add anything other than a clean up crew until a couple of months in when the tank was grown in and settled.
Today doing my water change and trimming, I emptied 50 percent of the water and had it like this for around 90 mins, whilst I pottered about trimming and rearranging plants etc. Refilled the tank, and after about ten mins realised the Betta was not there. Checked my python no spill syphon tube, and realised the fish had been sucked up and had lodged in the valve that goes on the tap. He’d clearly been in there for most of the 90 mins, and for a good proportion of that time with no water in there. Got him out and back into the tank, and to my complete surprise, was breathing, but only ever so slightly. He was literally almost dead, hardly any gill movement and being pushed around by the current completely listless. As you can see from the pic, he has also lost a good proporation of his scales on his back. I have righted him the right way up, and put him in amongst my hydrocotyle, and over the last hour, his breathing seems to have increased and seems to be moving fins and very only just able to keep himself the right way up, now that I’ve nestled him in the plants. Not swimming or moving around at all though. I’m hoping his spine isn’t damaged as he’s been in kind of a kinked body position since I found him.

Anyway, has anyone had a similar experience, or had a Betta in a similarly grave condition, that has come around and survived? If so, any advice on how I can help him heal would be really appreciated.

I’m torn at the minute between taking him out and putting him out of his misery or leaving him to try and recuperate just incase there is a small chance he can heal and survive for a normal healthy life? Feel terrible, and as you can imagine, am completely kicking myself for letting the tank drain without watching. He would have been so easy for me to remove from the tank as well, whilst I did the water change
Last edited: 15 Sep 2019
A

If he’s still alive next day, I might try adding some suitable antibacterial ointment to the scaleless areas - but this act will be very stressful for him so ....

Will give this a go, cheers Alto

Died, unfortunately
You must log in or register to reply here.