Right, I was just getting involved with a question about lighting when I realised that since I upgraded my tank I only actually have 60W over a 30USG tank... which may explain why some of my plants are quite leggy!

Well life is nice and busy at the moment, I'm in the final throws of thesis writing and buying my first house. In the meantime I've moved into my sister's and I took the chance to re-scape the tank. 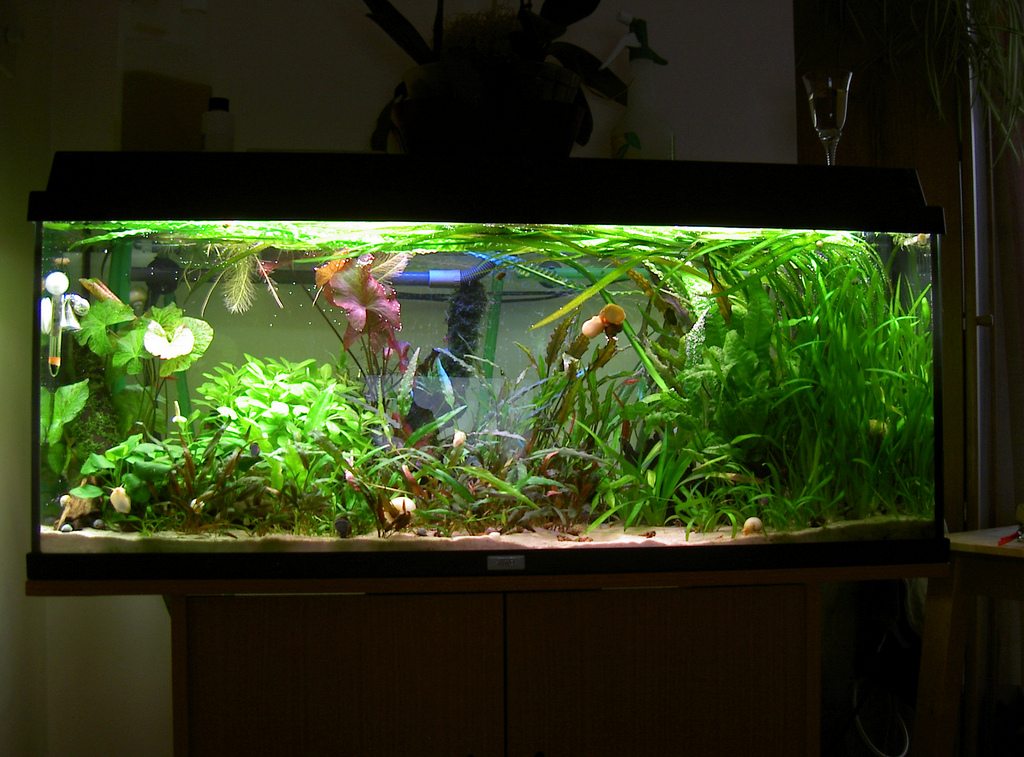 When I move into my new place I'm going to replace the sand with akadama and probably strip out the old juwel filter which is taking up much too much room in the back corner.

There have been a few casualties, I lost a couple of rummynoses and an otto in the move, mainly because I used traps to catch the shrimps and managed to catch some fish too.

SteveUK said:
Tank is looking lovely Shame about the losses but I guess it can't be helped :? Have you moved far? Is it a different water company etc?
Click to expand...

Ok, so I'm still alive, I'm still keeping fish and I still have a high tech tank... sort of!

We're in the process of renovating the kitchen diner so the tank has moved to the only other space in the flat - the bathroom. 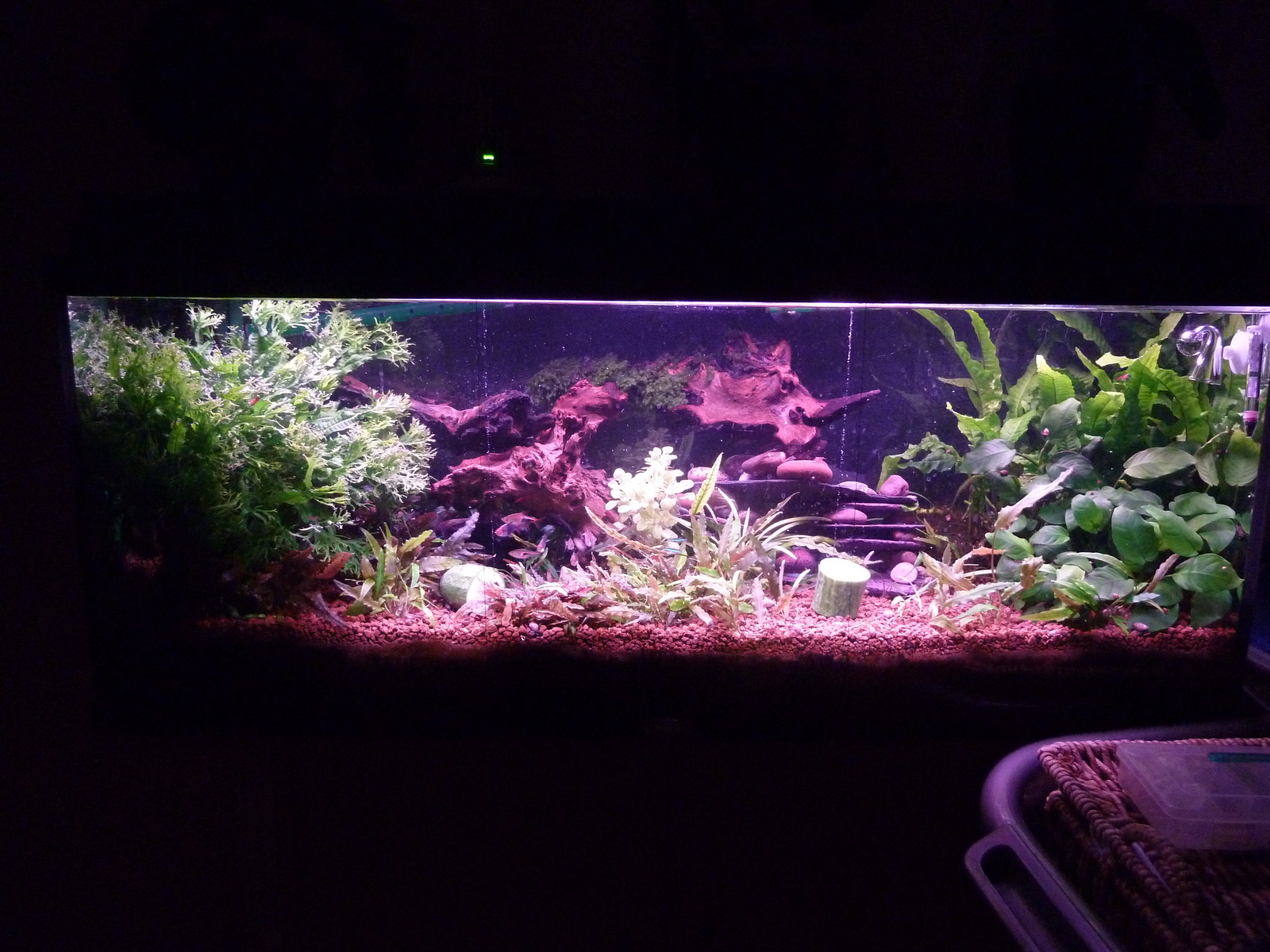 Poorly taken, with water spots all over and cucumber fishing lines but you get the idea!

Having also begun to miss having fish in the kitchen we've added a Betta Splendens to what was a live food tank and that's beginning to take form. 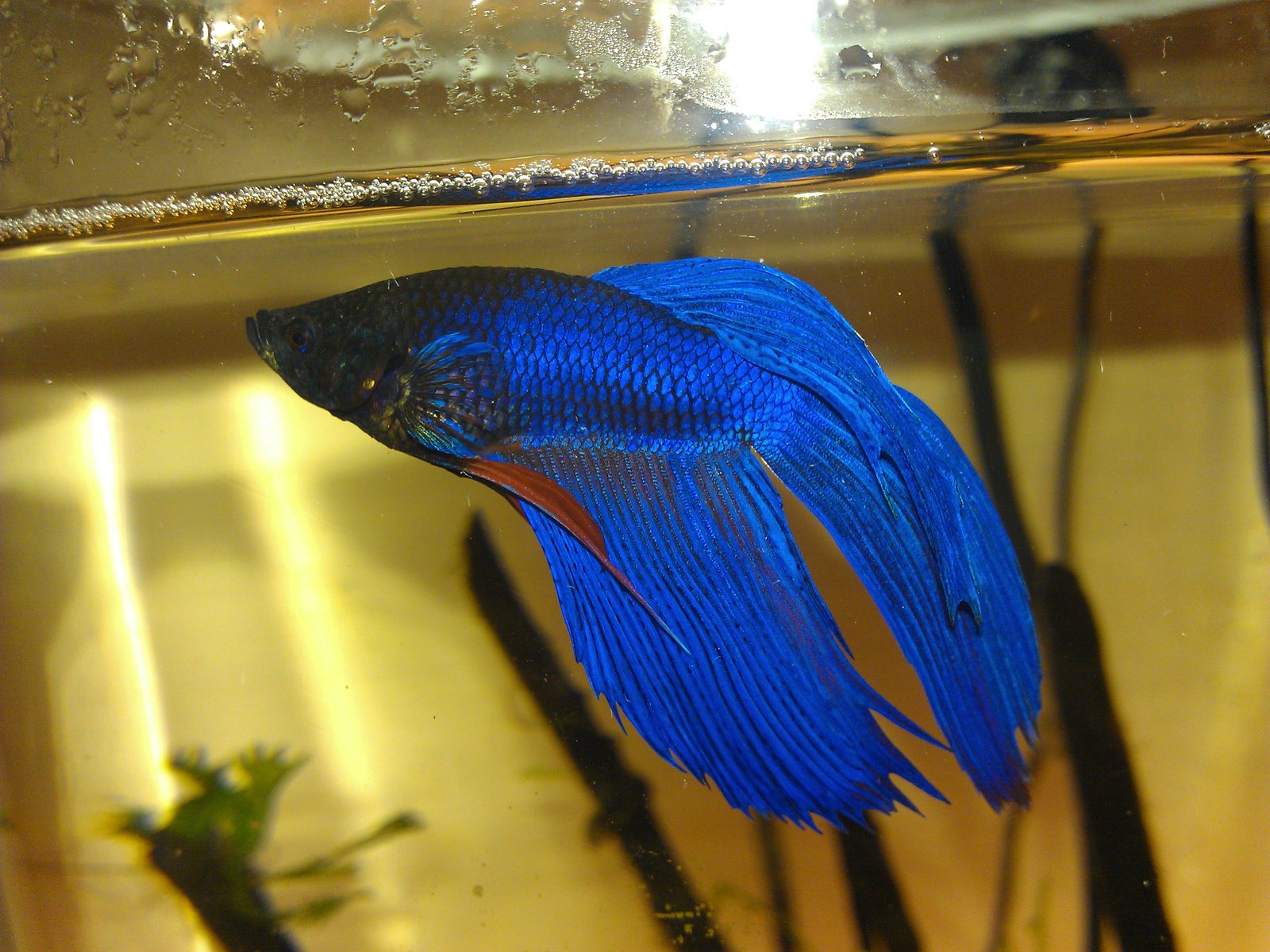 In his tank where I shoved some stuff to keep him happy. 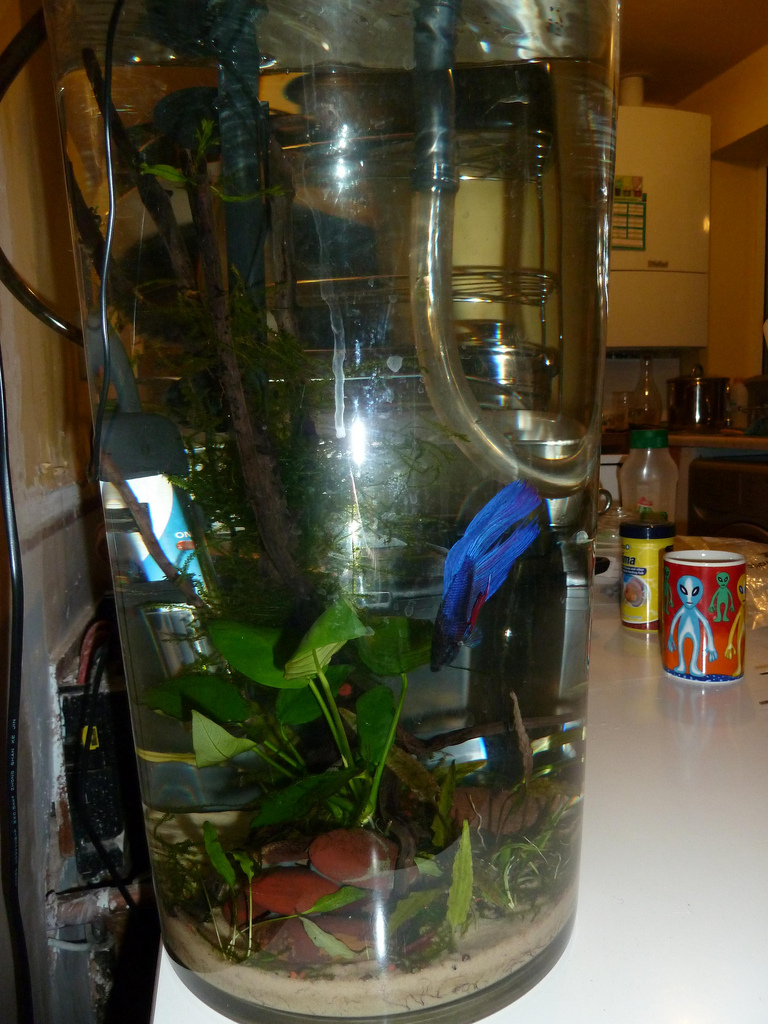 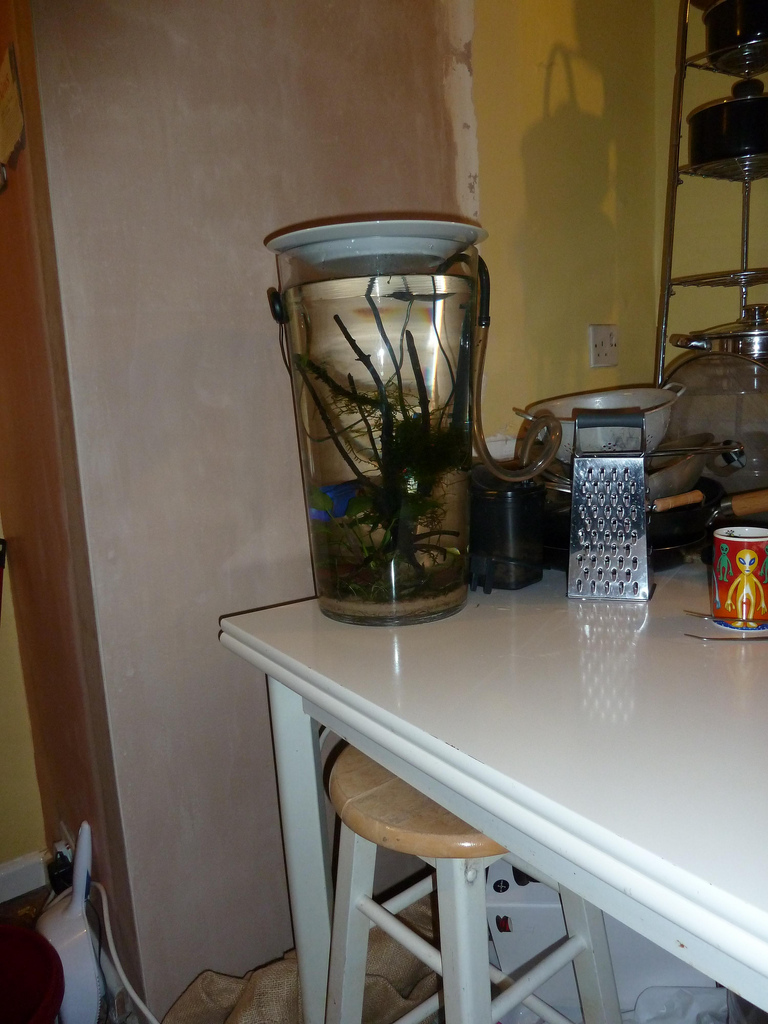