We all love a bit of random tank!

I've probably posted this tank several times in it's many forms, just something I've thrown together to keep me occupied whilst I plan stuff for my aquascaping tank. It's been setup like this since around January, but I've changed the layout slightly several times.

There's two filters in there, not sure on their rating but they keep the tank well circulated.

I've got some Crypts on the way from samc to fill out the areas either side of the Anubias. I might also swap the current stock for some CPD's in the near future. 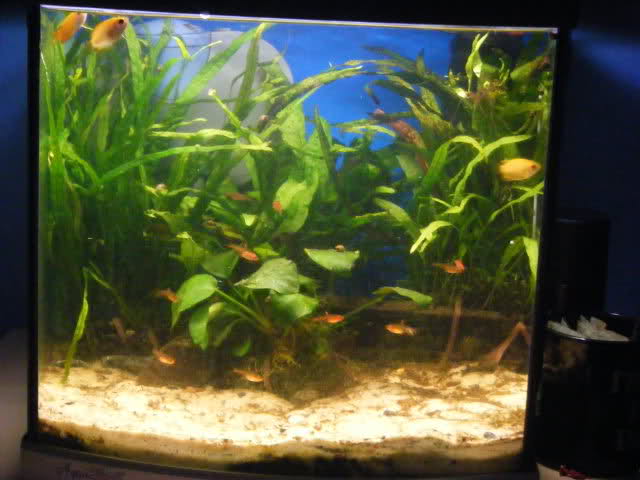 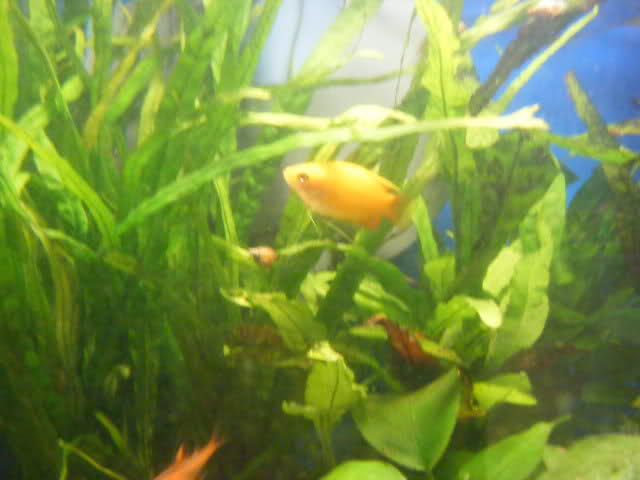 Anyway, as I said it's not meant to be anything special, just something to keep me occupied for now. Just thought I'd post it for the sake of it!

looks nice mate, maybe as a simple addition you could add some moss stones to the foreground?.....

now I'm not one for nitpicking but,......CLEAN THAT SAND!

Nice little set up Thomas. Nanos are great for playing with, whilst big tanks are planned and saved for


saintly said:
now I'm not one for nitpicking but,......CLEAN THAT SAND!
Click to expand...

I wasnt going to mention that

I am indeed thinking of adding some moss to the foreground, good idea. I was also thinking of getting some Cherry Shrimp, but might have to get rid of the Gouramis first.

The foreground isn't that dirty - most of that is fine gravel etc but it's just come out like that in the photo for some reason.

Thanks for the comments guys!
T

Thanks Sam! It certainly keeps me occupied of a night.
M