Is my fists post, i'm from italy and planning my new tank that is a Dennerle scapers 50L 45cm
I already order the tank

I can't chose witch LED light use and i ended up with 2 products, one much more expensive and i guess older since first reviews of this products are from 2012, not sure if ADA updated or if still use same LED

for dennerle light i can't really found any review and kelvin

the products i'm interested in are this, but i can evaluate alternatives

the Scaper's LED has only just been released so I doubt anyone can tell you much about it. The ADA produces a lot of light and isn't dimmable. Both lights will do the job well. Having a dimmable light gives you some flexibility if you don't have your CO2 perfect.

OK I prefer 6500k myself but it is more yellow compared to 8000k which is a bluer colour.

The Dennerle one is kind of the same as Sylvania AQUASTAR LED.
They just branded differently. Probably comes with an OEM out of the factory. Reminds me to one of the Taiwan LED what we've tested before.

One of the advantage of the Aquasky is the equally spread light in your tank with sufficient power to planted tanks.
The lights like the one you linked focusing to a different group of people. Typically less light somewhere around half or a bit more than half of the rival japanese does.

So before you buy one of them ask yourself what is the goal. Use plants from a wider range? CO2 will be used? If so a bit stronger light light Aquasky is a great value.
If plants are not in the main focus or you will not plan to use CO2 then other LEDs like the Dennerle or Sylvania will do the work.

i know that i'm NOT going to use CO2

actually i did have a reef aquarium for a really long time, then some years ago i moved and now i would like to start over with freshwater, i did have a freshwater tank 20 years ago
maybe because i'm so used to reef lamp tint if led ( and water ) has red or yellow tint really bother me

OK, well if you're not gonna use CO2 the Aquasky is too powerful...

pepedopolous said:
OK, well if you're not gonna use CO2 the Aquasky is too powerful...
Click to expand...

Yup without CO2 is too much.

2 aquasky and one HQI in the corner. LEDs looks lovely, but this is what i meant by colder temp earlier. 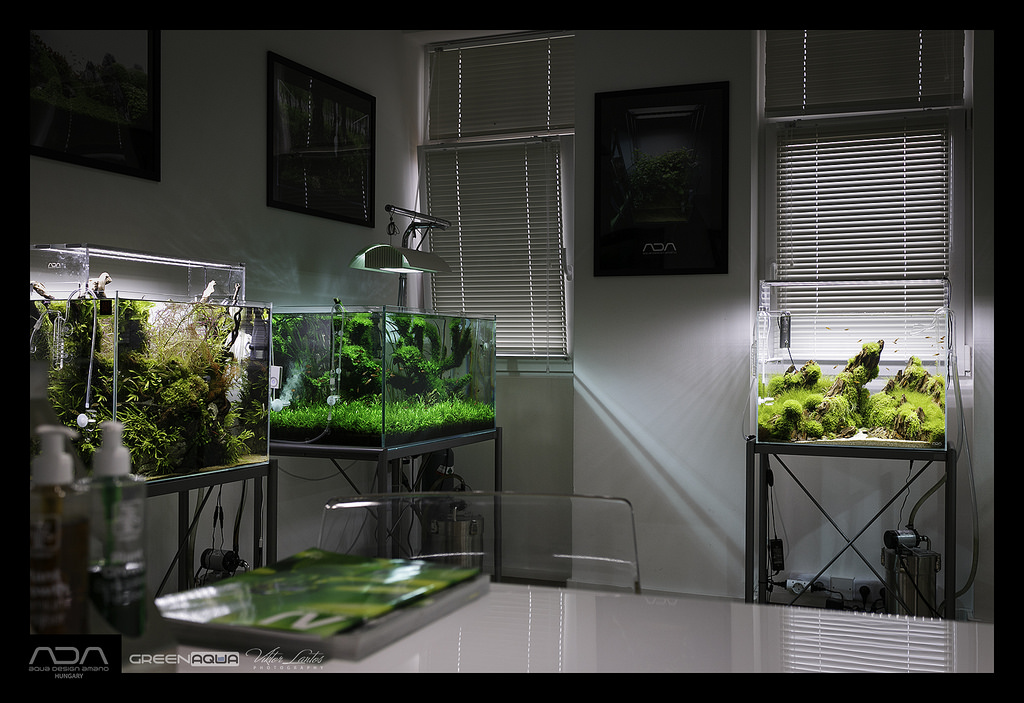 In front this is much more visible 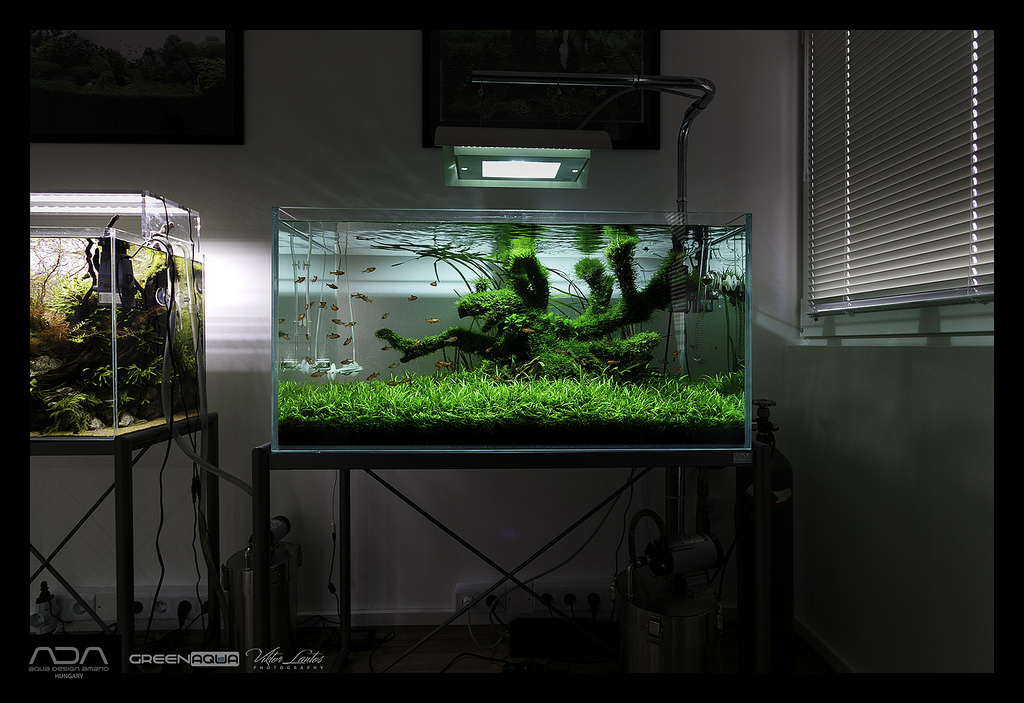 The HQI looks great but isn't this the NA-Green bulb with deliberately green tints/phosphors/peaks whatever it's called...

I reckon this colour can be achieved with multi-channel and colour LED lamps like the Radion/Pulzar/Mitras. The Aquasky and many LED lamps simply use one colour of LED (6000-8000k white), you need some red, green and blue LEDs

pepedopolous said:
The HQI looks great but isn't this the NA-Green bulb with deliberately green tints/phosphors/peaks whatever it's called...
Click to expand...

Yup that's it, but this is something what we would like to see as green underwater


pepedopolous said:
I reckon this colour can be achieved with multi-channel and colour LED lamps like the Radion/Pulzar/Mitras. The Aquasky and many LED lamps simply use one colour of LED (6000-8000k white), you need some red, green and blue LEDs
Click to expand...

Left is an Opnova LED, middle aquasky, right Solar HQI.
Look how close the Opnova to the ADA Solar bulb.
Aquasky is not fair here as this is a fresh tank with a little haze, but you get the point. 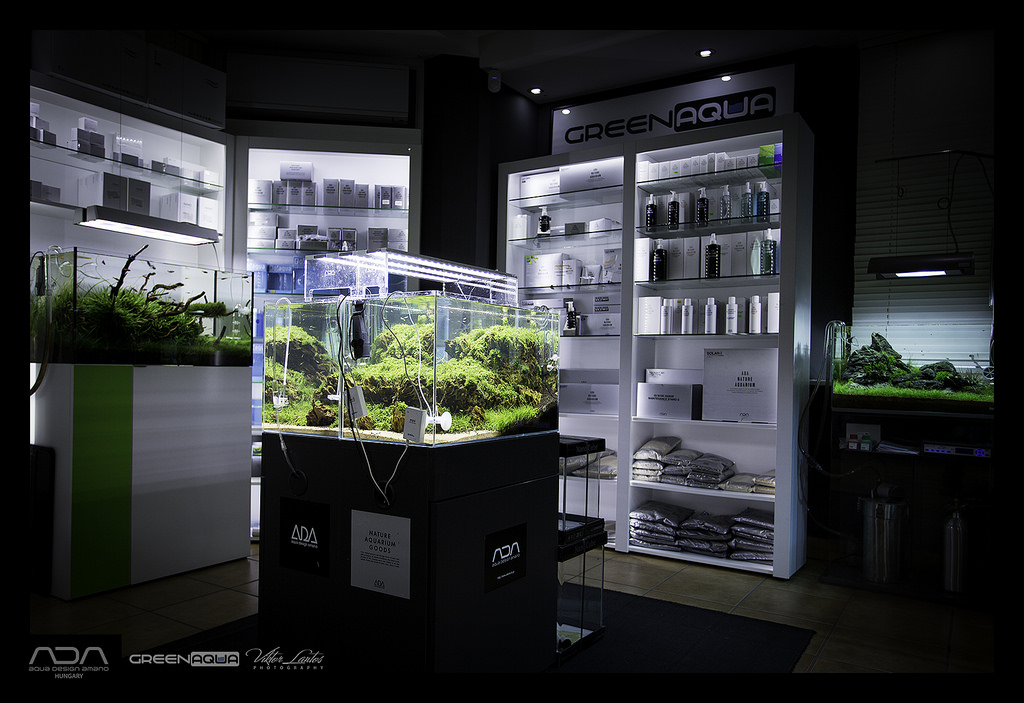 I am sure this can be achieved with LED the question is how much does that cost to achieve. That Opnova cost 2 times more than the ADA Solar. Or 3 times than 4x39W Giesemann T5 would cost or 3 times than an ADA Aqusky 602!
So do i need to spend this much for a LED to have that rendering? Mitras etc is on the same level. We need something in the pricerange of a branded T5/HQI light not 3-5 times more just to have a fancy color changer

So the Opnova and reefing-type LEDs are expensive. So are 150W HQI bulbs!

The Radion FW, Giesemann Pulzar are not so expensive and there's also the Maxspect Glaive which is really cheap. All of these are multicolour and controllable. Beyond that, there's Fluval, Eheim, Dennerle etc which offer no or limited control.

To replicate the Solar 1 function you don't have to have multi-channel control and dimming. ADA needs to remove some of the white LEDS and add a mix of RGB LEDs to get their desired colour. I don't think a bit lower PAR will hurt anyone!

You're an ADA dealer so you know better than me but I think ADA almost reluctantly came out with the Aquasky due to the LED trend. They prioritised PAR over colour and so now it'll be some time before they come up with something like an 'Aquasky NA Green'.

Luckily for them their most ardent fans won't want to put something non-ADA over their aquariums.

Also Victor, do you do anything special with White Balance to photograph aquariums with NAG lamps?

what happen with ADA led if would not use CO2? would i get algae grow?
IMHO in this pictures ADA is the tint i prefer

EDIT: with dennerle how many watt should i use? i can consider other led lamps
Last edited: 5 Jan 2015

You just need to get a light that fits the length of your aquarium.

The Aquasky produces a lot of light. Without using CO2, the plants will become unhealthy and algae will grow.

lamp is the sylvanian, because dimmer has USB ( at this moment not activated ) and has same touch system