Me again. Does anyone have any opinons on Tripods? I've been using a jessops one I borrowed recently but I find it really heavy and cumbersome and quite unwieldy to use. I do a lot of stuff walking round woodland and I want something I can get quite low down with also, so I've been set to get a Benbo Trekker.

But then quite by chance I was in Jessops on Tuesday and I spotted this manfrotto tripod, the MN-785B Modo Maxi Tripod with Head. I think it's aimed at more the compact user but this thing is as light as a feather literally! and it's about Â£50. I'm not sure how it will cope with my D40 though I am worried it might be too heavy. I'm out and about on my bike a lot and I want something I can hook on my rucksack which doesn't weigh a ton. 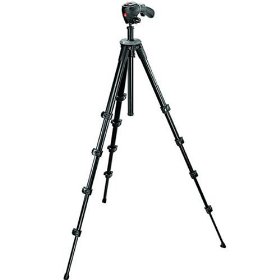 I have read reports of it being a bit unsturdy with a big SLR so I thought I might fit a hook on the centre column thing and hang my bag off it, then I reckon it would be pretty solid?

What do you guys think, is it false economy?
http://www.specialshade.com/
http://www.flickr.com/photos/greenbrightly/

I've been using a Velbon CX640 Tripod, is serves me fine, light, pretty sturdy. But then I don't use it a whole lot currently
My Flickr

Joecoral said:
I've been using a Velbon CX640 Tripod, is serves me fine, light, pretty sturdy. But then I don't use it a whole lot currently
Click to expand...

That is the one I use. I find the head to be cumbersome and a bit awkward to use, but I suppose tripod photography isn`t something we do in a hurry, so I am sticking with mine, too.

I agree with head is a little awkward to adjust, but I've not found it to be too problematic
My Flickr
T

I wouldn't worry about weight of tripod as long as you fix a hook or fastener to the bottom part of the central pillar and hang your cam bag off this. This steady's the pod nicely and also lowers the center of gravity lessening the chance of spills. If you are after a more mobile camera rest go for a monopod. You really only need a heavy tripod in the studio where low light and max depth of field are order of the day with consequently longer exposure times. I've got a slik tripod and it has way too many features for mobile photography but is a good crossover between mobility and studio work.
"Weasling out of things is important to learn. It's what separates us from the animals ... except the weasel." Homer (not the greek poet!)

I use a Velbon Sherpa 200r (If thats the model name!!). Nice and sturdy, and got some weight behind it which I like. Lighter tripods to me feel a bit top heavy and unbalanced.