Thanks Darrel. If it survived our summer here then it's probably a worthwhile plant to grow. It's amazing what you begin to notice when you actually start looking instead of just walking along.

We hadn't walked that stretch of beach before and it was interesting to see all the plants and how big they were. The sea buckthorn were like trees in some areas and absolutely full of berries.

Got another one. No one seems to know where this plant came from or even how long we have had it for. I simply remember it being on a high shelf in an unheated conservatory. Everyone thought it was being looked after by who ever owned it and I only watered it out of pity perhaps 2-3 times a year when I was on my own (no one else apparently watered it, thinking it was mine, which it definitely isn't). So it must be pretty hardy.

I did look it up a earlier this year but can't remember exactly what I thought it was, I think Agave filifera was one of the two that I narrowed it down to but don't have much knowledge of this area. The weird shape I think is because it was stuck on its shelf after I found it covered in scale a few years ago (it now seems clear). I'm trying to decide if a cool conservatory is the best place or if I bring it into the house and look after it (although I'll probably kill it with kindness), so knowing what it is will help with the decision. Sorry for the crud pictures, I keep forgetting to take them during the day, not that we had any sun today. 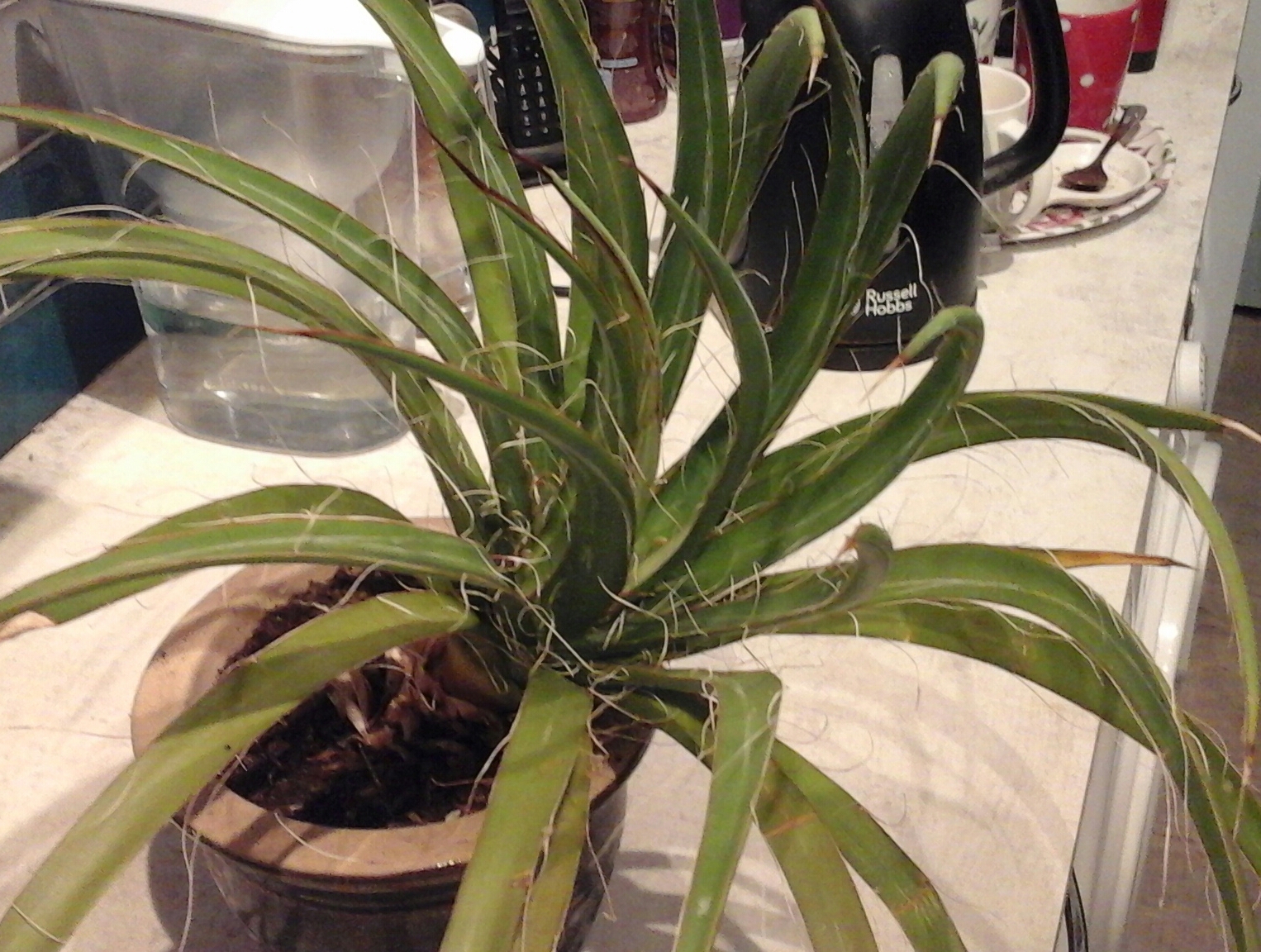 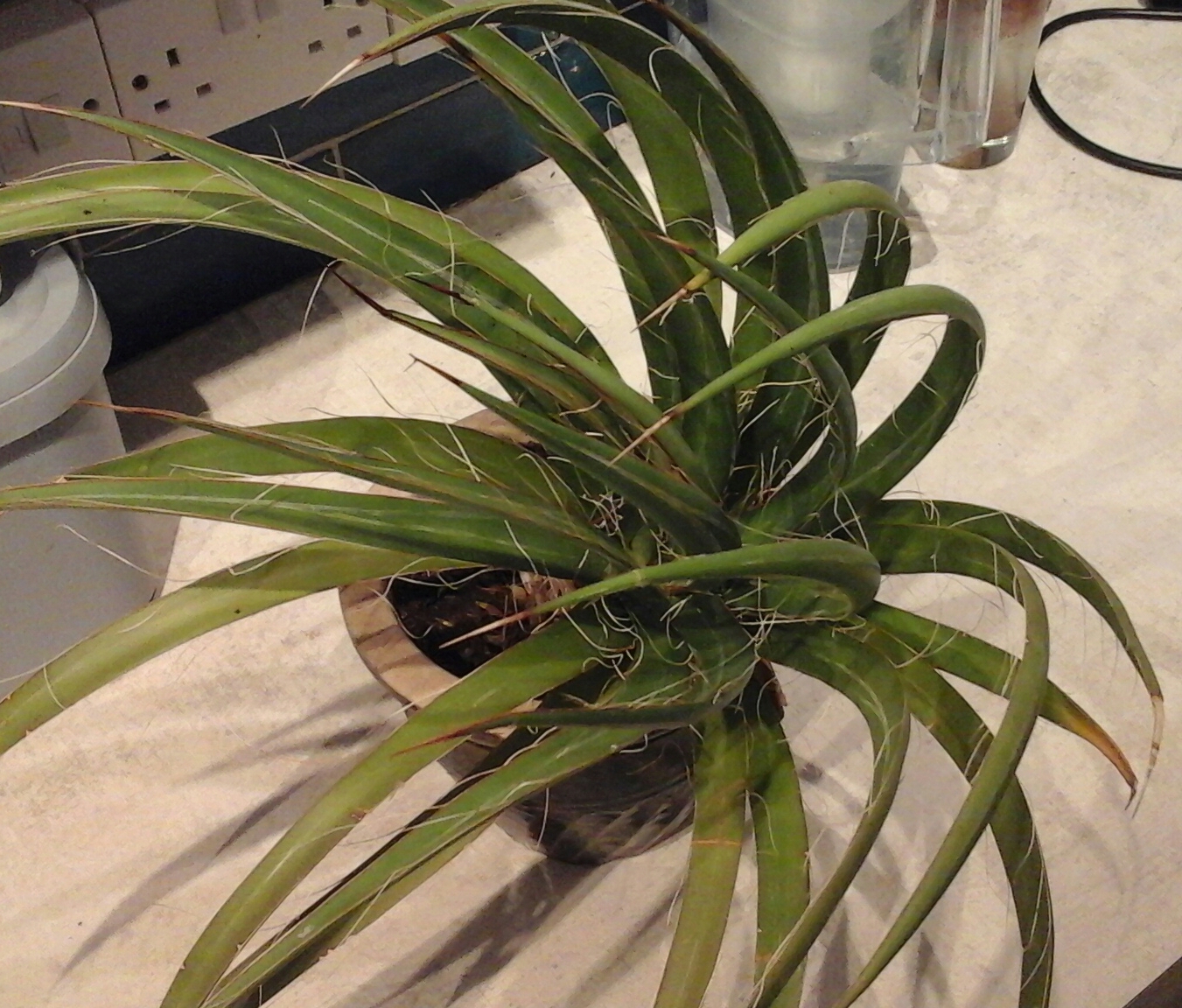 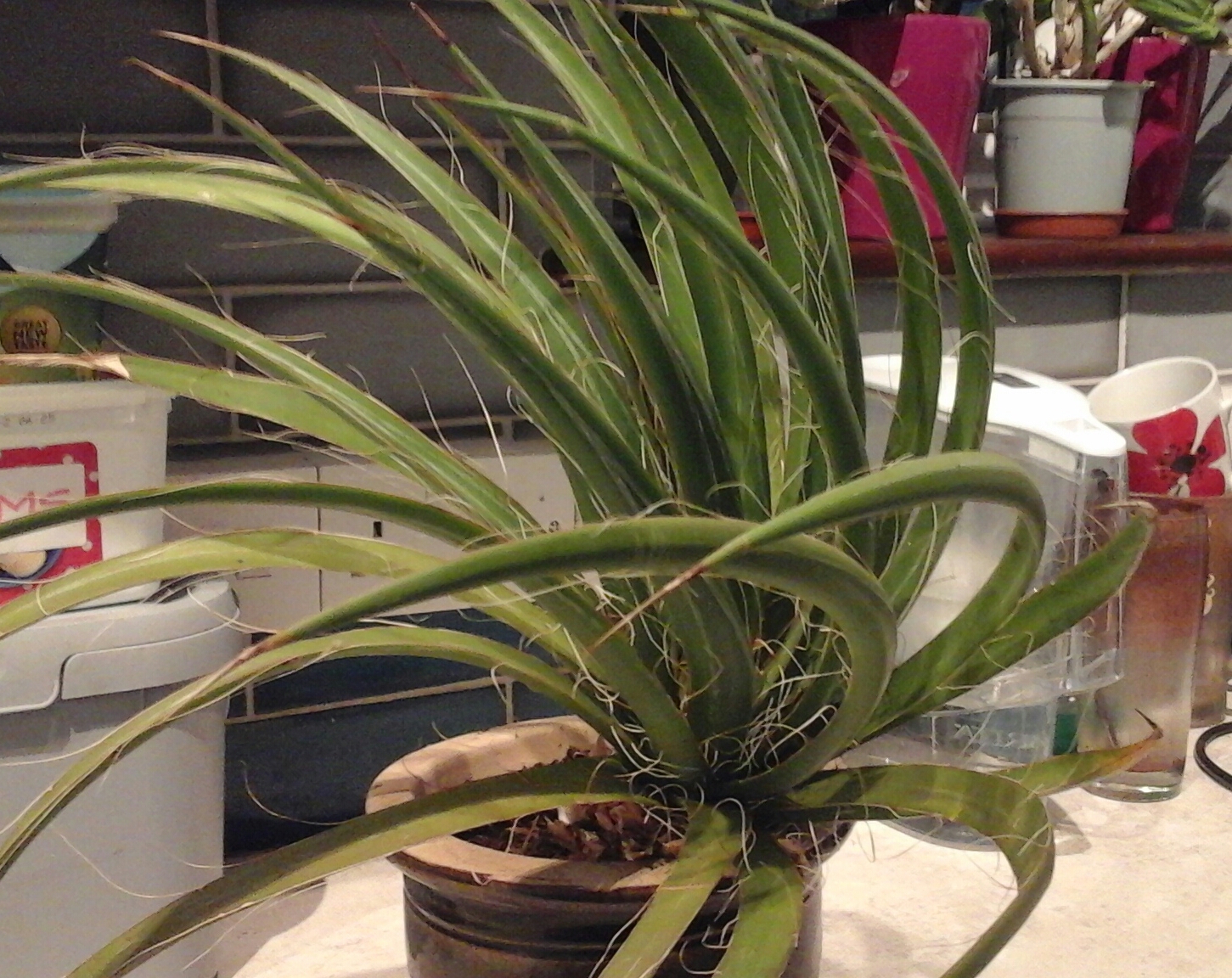 That was the one I thought was most likely but I did find another that looked identical listed under another name which I've forgotten, it could have been a synonym though.

Hi all,
I'm pretty sure it is Agave filifera.

mort said:
I'm trying to decide if a cool conservatory is the best place
Click to expand...

Cool conservatory, kept cool it is really difficult to kill (I've treated one to "benign neglect" for the last ~30 years). They are ~frost hardy, if you can keep them dry.

I think my plan to bring it in is probably not the way to go. Like yours this has seemed to survive on benign neglect for at least a decade, we think, so I don't think changing our approach is a good idea.
You must log in or register to reply here.

C
Plant Advice for a Nano