Growing on pond with DIY Shower

I meant to wooden house the filter to tidy it up so its not an eyesore but if its in the tent its not an issue as noone sees it.

If thats a Quarantine tank how big is the pond......

Are you finding that this filter lives up to its huge claims?
I imagine that if it does, it will work phenominaly well on a tropical pond

mr. luke said:
Are you finding that this filter lives up to its huge claims?
I imagine that if it does, it will work phenominaly well on a tropical pond
Click to expand...

All this and more!

I'll give you some examples and some pics!

In June I managed to get 4 young kumonryu (Black and white mirror scaled carp) from Koi-UK to grow on in my pond. This took my stocking levels to 14 fish in only 600 gallons and the largest were over 40cm at the start of the summer.

The kumonryu were sized from 20 to 26cm in June and by the time I bowled them up and measured them in later September that had all put on 11 or 12cms growth in only 12 weeks! This meant the largest had reached 37cm and the smallest had made 32cm. Not bad for a little puddle, lots of food and good temperatures.

As for maintenance, I do a water change at least once a week (That means I open a valve and the waste water is pumped onto the garden, then a float valve tops the pond back up). The media's much cleaner since I upped the flow rate, but that water is still so murky I can't see the bottom - but that's not a problem as I just want them to grow!

Here's a few before and after pics of the kumonryu, 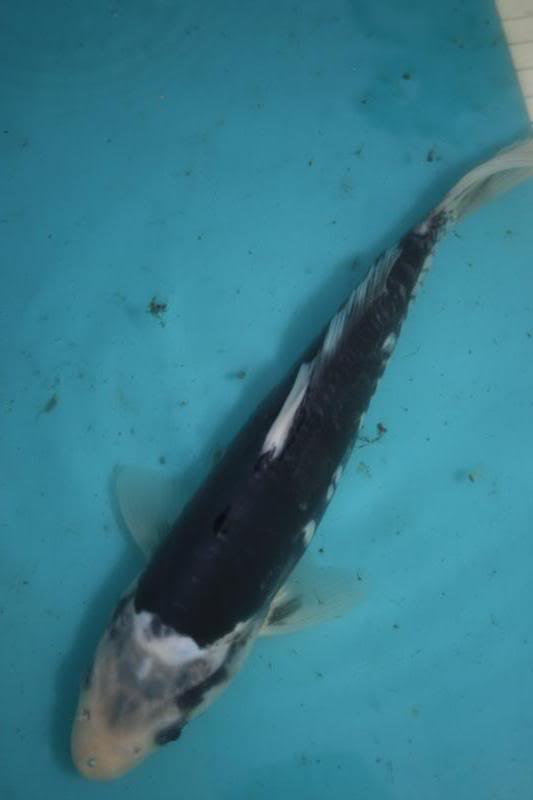 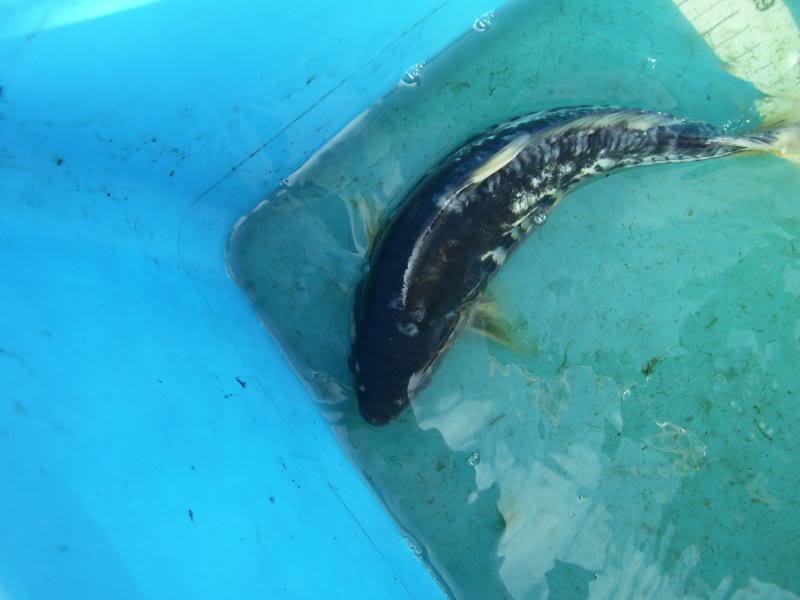 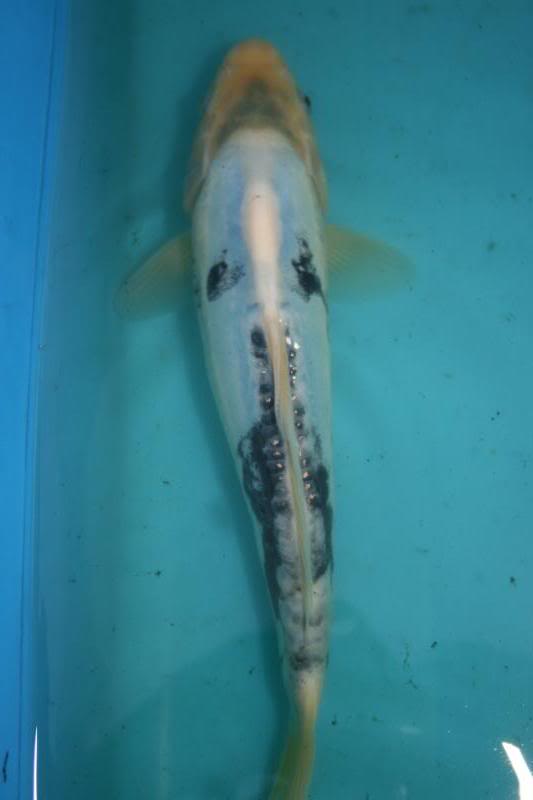 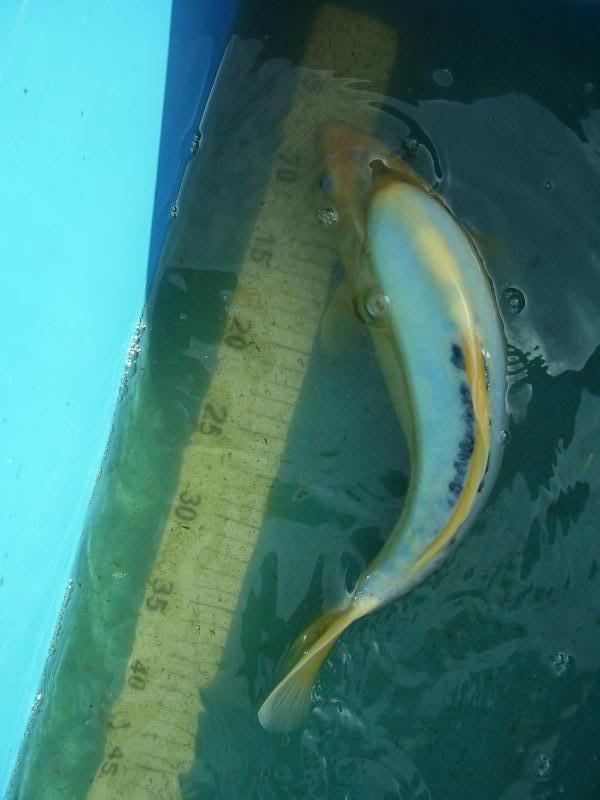 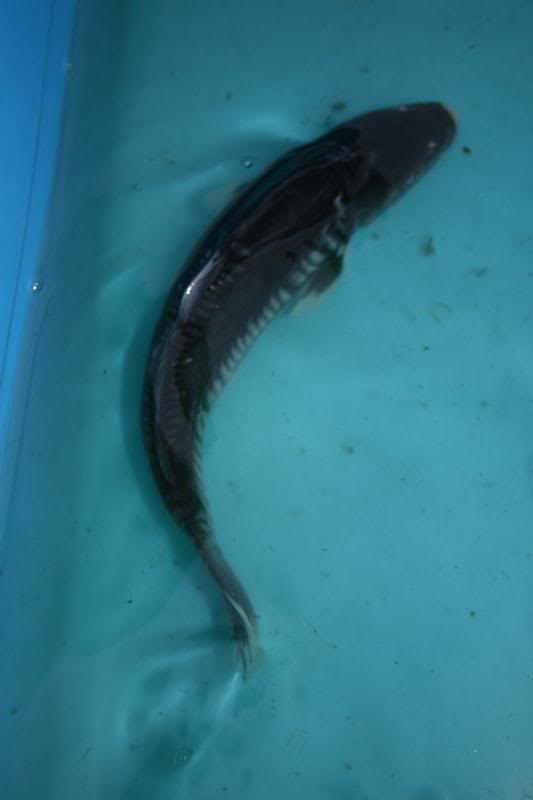 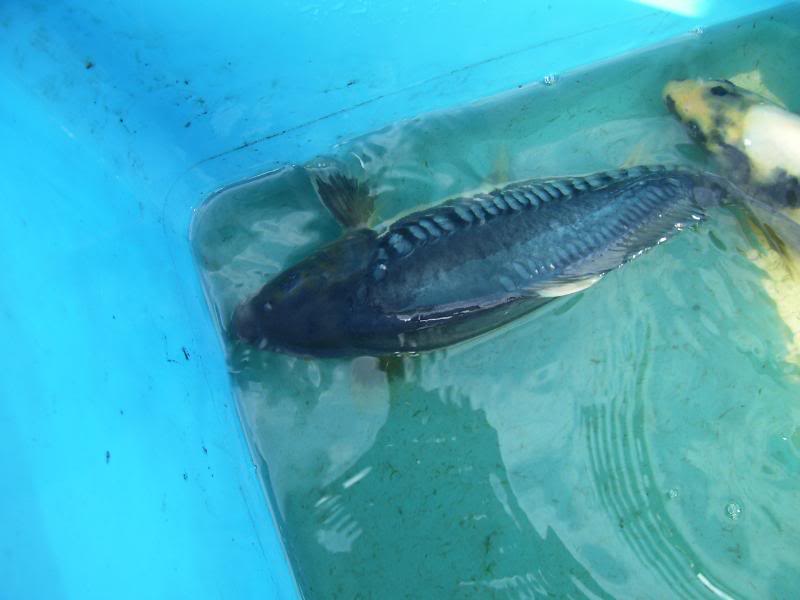 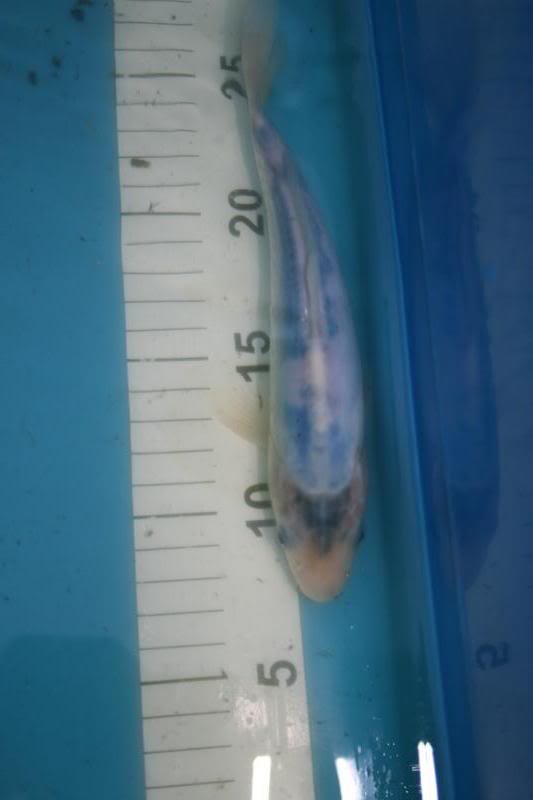 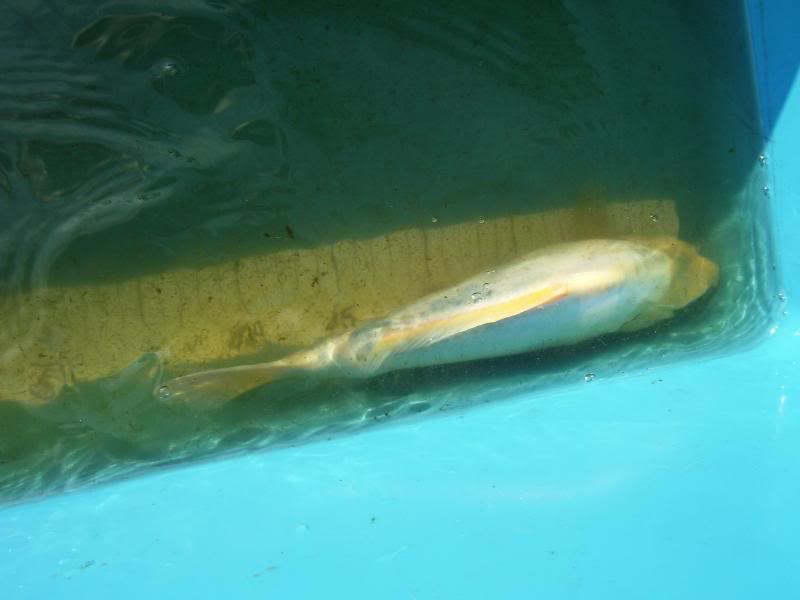 I dont know pond fish much at all but they seem like phenominal growth rates for any fish!
Maybe coupled with a smaller trickle filter for water clarification would clear the murkiness if its ever an issue =]

Nice one Ed, they are stunning and that is some super growth! nice work.

mr. luke said:
I dont know pond fish much at all but they seem like phenominal growth rates for any fish!
Maybe coupled with a smaller trickle filter for water clarification would clear the murkiness if its ever an issue =]
Click to expand...

Showers are designed to pass all the solids over them and purify the water but leave the fines alone. To be honest if I put a conventional foam or floss filter in I'd need to clean it daily! I am toying with fitting a static K1 prefilter to it that will clear the water overnight, but then I'd have to clean it!!! At the moment I only have to change the water every week or so and then the clarity improves.

Actually there's quite a train of thought with koi that clear water is not the best thing for them; especially when growing them at high temperatures like this. Their colours can bleach and be damaged if the fish can't get some shade. On the other hand if they don't get enough sunlight their colours can fade and recede! With turbid water they can choose how much sunlight they get and keep them looking soft and youthful!


Dan Crawford said:
Nice one Ed, they are stunning and that is some super growth! nice work.

Cheers mate. I'm pleased and their body shapes are looking good too which is great.

That sounds like a proper pond mate! Are you going for mixed pond fish or just koi? I have a design on the drawing board for my new house that can run and keep itself clean automatically if you're interested?!
Ed
You must log in or register to reply here.
Similar threads