Something else it reminds me of, is a concrete lighthouse, out in the north sea somewhere. It conjours some pretty dramatic pics in my mind

Hmn, if you're looking to steer away from the norm I'm not sure what plants to suggest. Maybe crypts? Parva would make a nice smaller crypt, and maybe one or two of the odd crypts from Aquafleur? Or perhaps some Hydrocotyle verticilata. That looks amazing if it's done right! (something I'm trying to do at the moment)...

Struggling to offer any other suggestions on the plants! Perhaps some Pogostemon Helferi? Doesn't get used in iwagumi/rock layouts as often as it should! (I have it in my 90cm!)
Click to expand...

Thanks for the thoughts Steve

I actually had some thoughts for planting, sorry I didn't make that clear My thoughts were similar to what I was thinking to begin with, Bolbitis, Moss, and Eleocharis or marsilea, but I do like your idea of hydrocotyle. I've seen that in Dan';s tank and it looked amazing...

I ordered the digital scales, and the powders for the diy tpn+ last night, the powders from fluidsensor online.

I would appreciatte any more views on the hardscape/planting. Bolbitis will almost defianetly be used now, and most-likely moss as well. Then either hairgrass,marsilea,hydrocotyle etc.

usually in iwagumi layouts the focal stone should t really lean vertically. it may look a little better angled slightly for a more pleasing look?

by no means is it wrong what you've done. but at the end of the day it's about aesthetics right?....so with that main stone leaning in towards the right stone, may translate into something a little better.
F

by no means is it wrong what you've done. but at the end of the day it's about aesthetics right?....so with that main stone leaning in towards the right stone, may translate into something a little better.
Click to expand...

From living with the tank as it is (i haven't changed it )for a while,i think the right stone needs to be a little higher, and I can see what you mean about angling the main stone more.

The scales, and powders came today, just waiting on the potassium sorbate from ebay for the diy fertiliser.
F

The Potassium sorbate came last wednesday, so I have everything I need, bar fish,shrimp and plants

It was my birthday on monday, and I am now the excited owner of a new nikon d40 Hopefully with a little practice I'll be able to get some better shots than with the camera i'm currently using.

This shot is taken with the camera I have used for all the other shots, because I haven't got a memory card yet for the nikon. 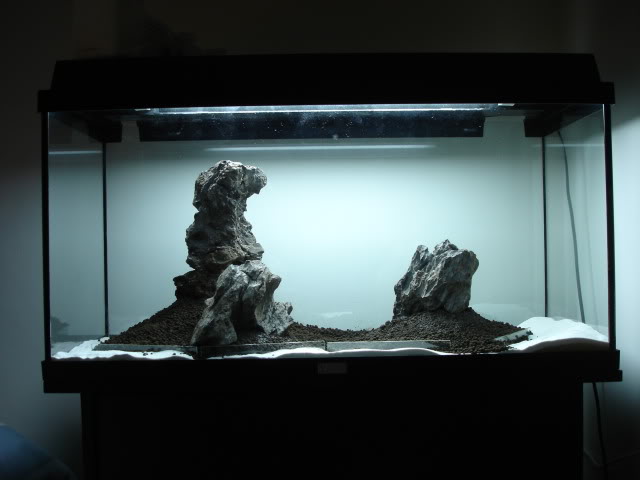 Please let me know what you think

The tank has taken a rather bigger change this time, infact a change of hardscape material

I decided that since my parents said that I had to keep this setup the same, for a long time(basically until I leave home )I wanted something a little more intresting, more complex, than an iwagumi stlye layout.

Seen as I already had some redmoor root wood, I decided to take the plunge, and get some more.

I have also taken the sand out, as it was half naturesoil, by the time i'd finished with the rocks , so when I am happy with the wood, I am going to put some more in.

For the past 2 days I have just been watching tv (dave ) with my hands in the tank, it's been great

Here is what I have come up with... 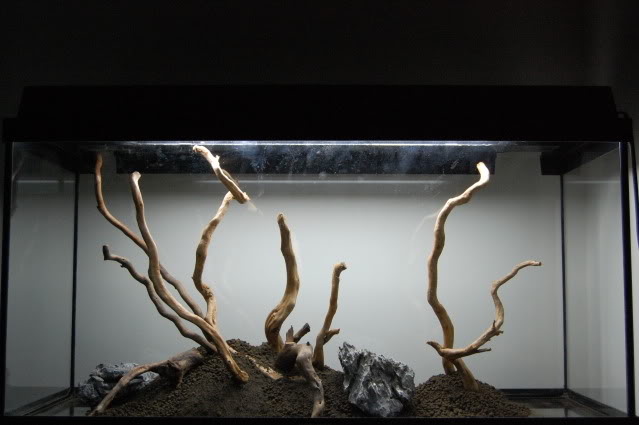 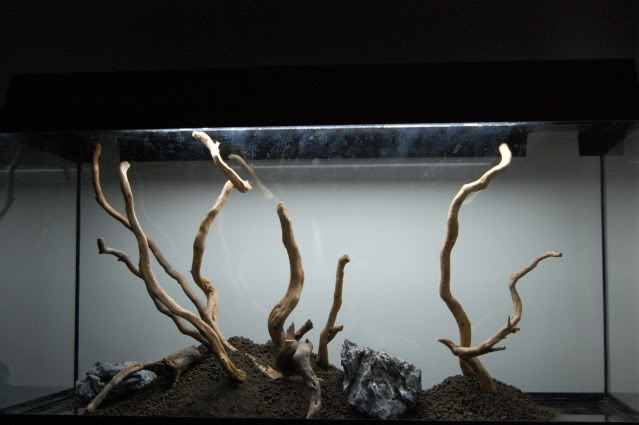 I would love some opinions, and critique on this, I actually quite like it, just a few things need to change...

i prefer this one too. you could create a nice low tech setup here with lots of ferns and moss
thanks
sam

I like this better as well. Very nice positioning. Low-tech is always nice.
If it's Baroque...don't fix it.
F

Thanks guys, I think I am going to go for ferns and mosses, and try to keep it for a long time
A

I really like that hardscape, you could have the makings of a great aquascape there! Keep us posted.
Thomas McMillan | Lianko
F

Thanks Aaron and Tom

I'm off on holiday tomorrow, so when I get back I can start thinking about planting

I need a way of securing the wood to stop it floating, so if anyone has any ideas I would appreciatte it. I think i'll post something in the aquascaping section too.
T

I have to say I think its a shame you changed the hardscape I really liked the rocks, very unusual. The wood scape is nice but I much preferred the rocks


Themuleous said:
I have to say I think its a shame you changed the hardscape I really liked the rocks, very unusual. The wood scape is nice but I much preferred the rocks

Me too.
Cape Clear
F

Thanks Sam and Paul. Paul I think i'll leave the iwagumi's to you, yours is much nicer than mine was

I think it's about time I changed the title now

I have had some luck on the C02 side of things, because I managed to convince my parents, to let me (or them ) buy a C02 system. I now have an Â£87 debt

When I plant will depend on when the ebay stuff from hong kong or wherever comes, and the contents of my piggy bank

I almost forgot, the layout has been tweaked and I am now happy with it, so I just need to secure the wood to stop it from floating.

Thanks for reading.
F 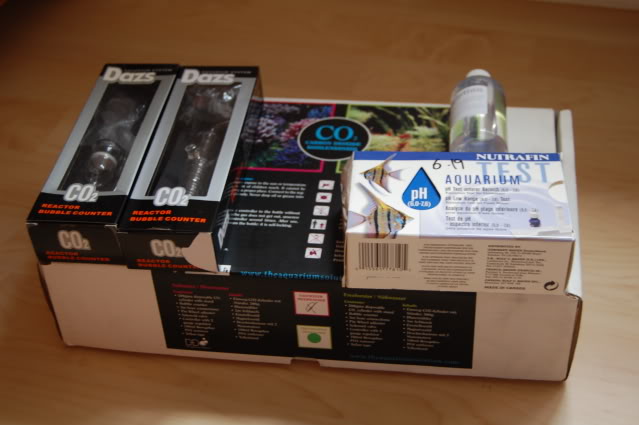 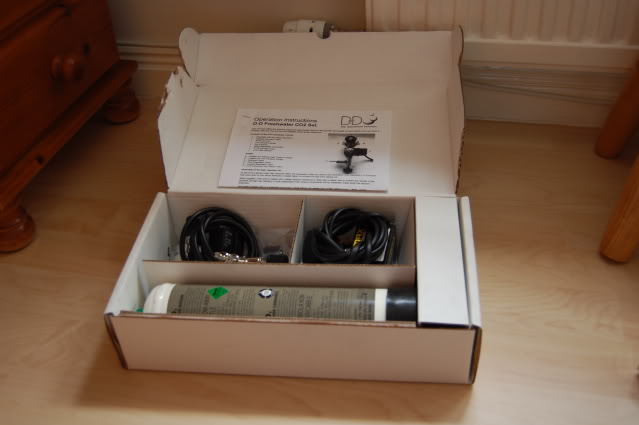 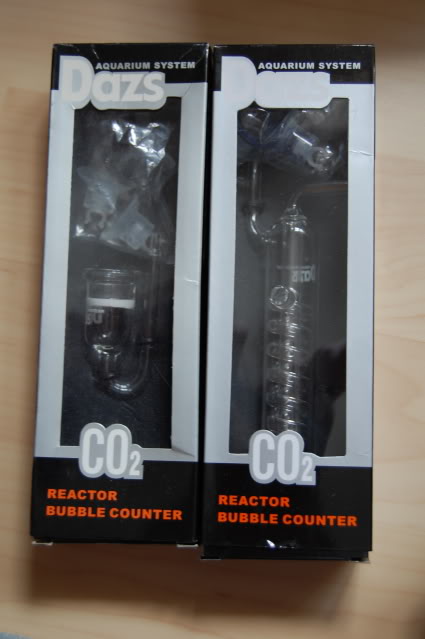 I am going to flamingo land for the weekend , so will finallly be able to set the tank up in the next few weeks, after i'm back.

Right, everything has arrived excep the clear c02 tubing and also the drop checker from hong kong, but it has been nearly three weeks since they were dispatched, so they should arrive very soon. I also ordered some seachem prime, purigen and also some zeolite, all of which I have recieved.

This morning I have been trying to make my finalized plant list which is below. I have included the amounts so I would love to know if this is enough plants to begin with? I will also get a few bunches of egeria or something to help in the early stages.

Everything except the vallis, and fissidens I am hopefully going to get from the aqautic room. The valllisneria nana, will be from tgm, and finally I am going to ask for soem fissidens in the buy sell and swap section.

If anyone has any other ideas for plants, please let me hear them

Also, I am going to start the tank using the method dave described here -
http://www.fishforums.net/index.php?showtopic=299827

Week 3 and 4
Same as before, only water changes will be carried out twice a week( still 50%)

After the first month, I will up the light to 6 hours, and also turn the C02 down so the dop checker shows green, and will then add some shrimp and some fish. I will also cut water changes down to once a week, and only 1/3rd of the tank.

Does all this sound ok?

Oh, and the wood is soaking still most pieces have sunk after boiling, but some are still a little bouyant.

Thanks for reading
Alex
F

I have ordered the plants from the aquatic room, so they should come next thursday, and I will be able to plant up the following weekend

Just to give you an idea how long I have been waiting to set this up, I was hoping that the tank would be fully stocked with fish, by easter at the latest! It's nearly christmas

The aquatic room couldn't get the bolbitis I ordered in stock, so I had to wait for the following week for the rest of the plants to be shipped as they had missed the courier. Then the next week, the plants didn't get shipped again for some reason, so were sent out last monday, and they then came tuesday. In the meantime I recieved the elocharis acicularis from ebay (fluidsensor), and also managed to get some fissidens from oatfish. I ordered 4 bolbitis from TGM and they came this friday. Oh, aswell as all that I got an arcadia luminaire from mattyc

This weekend I set the tank up, and have just finished installing all the equipment. Here are the all important pictures... 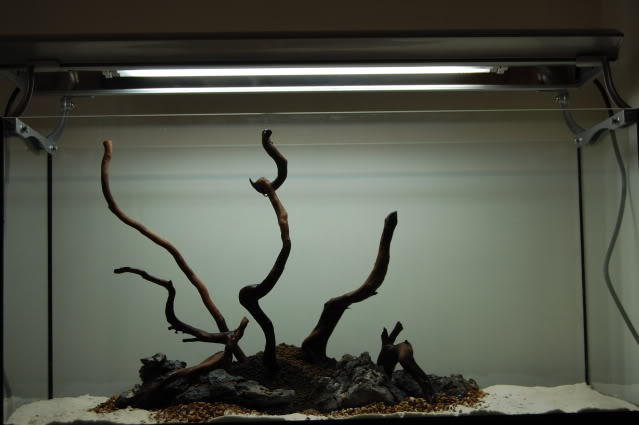 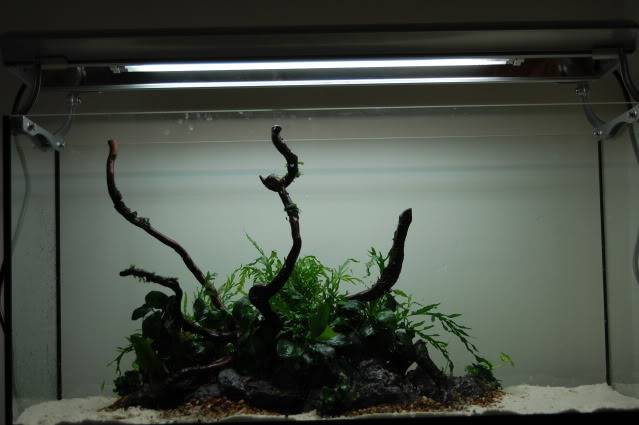 Finished with equipment in 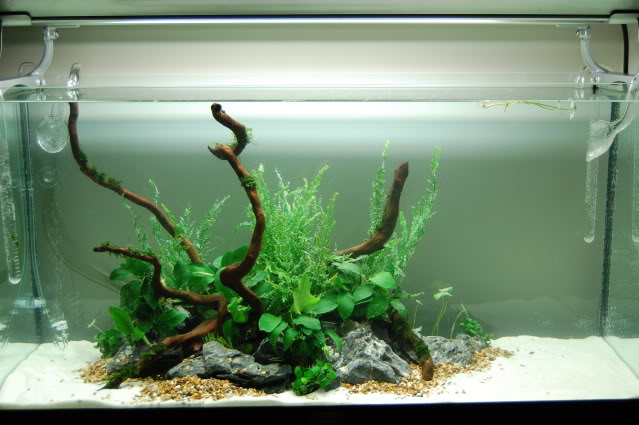 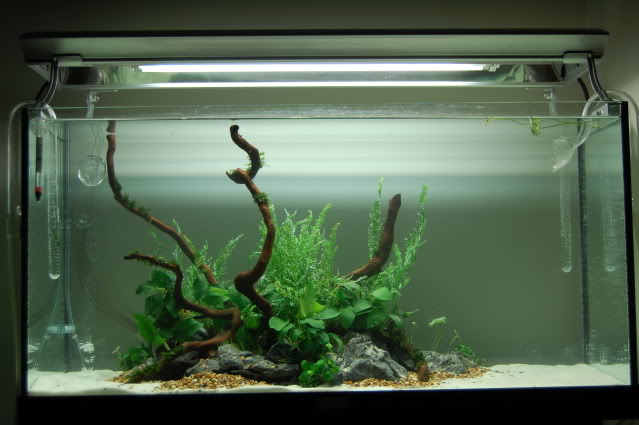 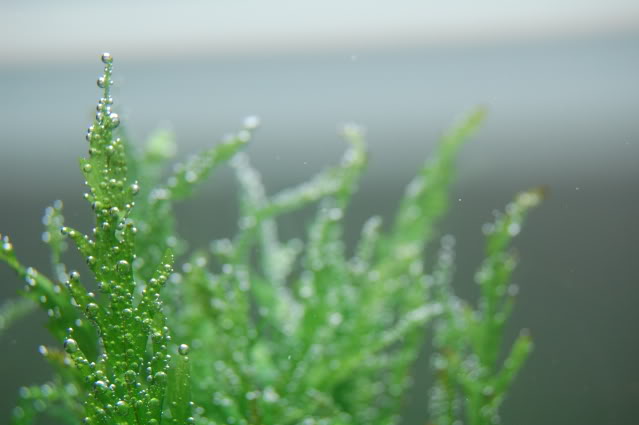 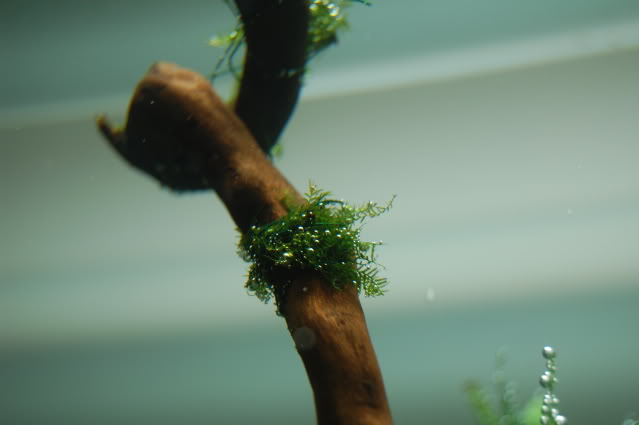 Please feel free to comment and critique, but go easy as it's my first true planted tank