I'm looking at going for a general South American (SA) theme and wanted some moss. Having checked out some other forums, and seeing everyone lamenting the paucity of SA species available, I thought I'd share my research thus far.

CAVEAT: I do not know how many of the bryophyte [Moss] species listed below are truly aquatic mosses (unless you recognise the name or the notes say otherwise), although anyone going for an authentic biotope using emersed moss growth might also appreciate this. In addition some species may also be on the IUCN Red List of Threatened Species.

A google scholar search came up with the following list of species from various papers such as Tropical Bryologist, etc.


The next list is from the following source - https://portals.iucn.org/library/efiles/documents/2000-074.pdf


Of course there are many, many more species there, the Amazon is after all one of the most diverse places on earth. Singling out aquatic species, and then getting hold of them however is probably an artform in itself. Unless you be-freind a Bryologist with an extensive social network!

Another one I've come across:

It is a <"UK native">, you find it on tufa etc. It grows well submerged, but with a much finer "stringy" shoot. It does well with very low light levels.

A lot of the mosses that I'm reading about seem to have very wide distributions, I'm guessing because their spores are so small and light, that the wind can carry them pretty much anywhere on the globe!

Although terrestrial, and not aquatic, my favourite tropical moss species so far has to be the genus Hypnodendron, the Palm, or Umbrella moss. So cool! 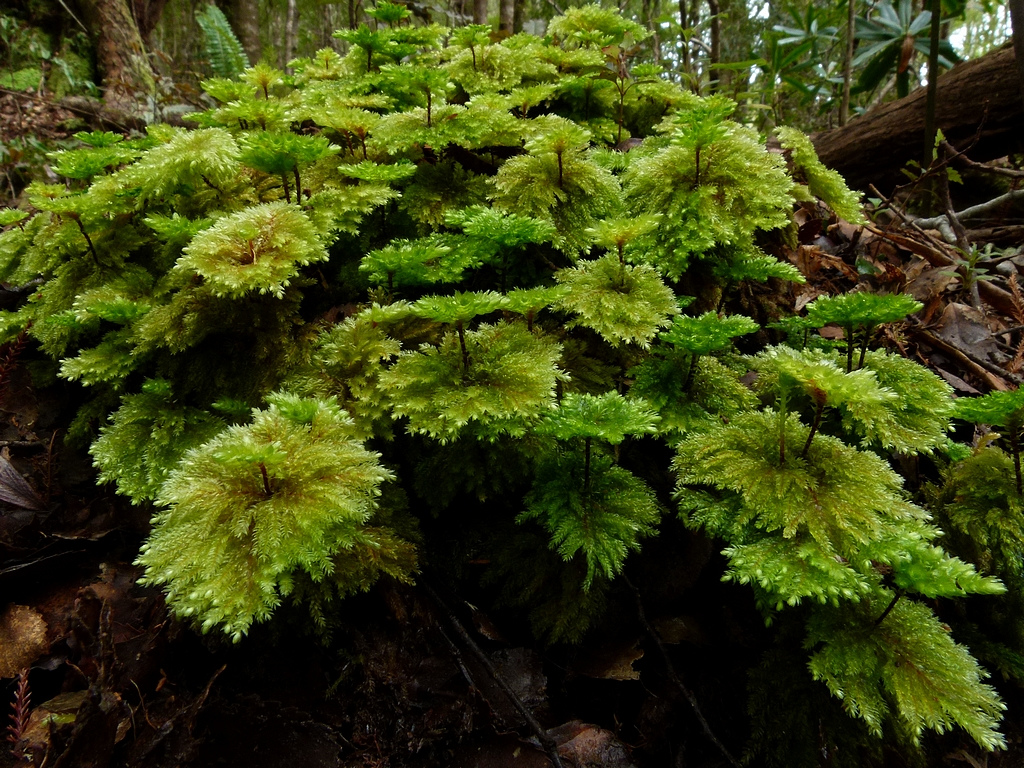 Distribution: Richardsiopsis lacustris was originally described as Sciaromium lacustre (RICHARDS, 1984) from Lake Titicaca, 3815 m, Peru (type), and Lagunilla Saracocha, 4150 m altitude, a small lake to the west of Lake Titicaca. OCHYRA (1986) described the new genus Richardsiopsis to accommodate this distinctive aquatic moss and placed it in the family Donrichardsiaceae. In Brazil the species grows under somewhat different ecological conditions than discussed in RICHARDS (1984). In the two localities in Peru the moss reaches it greatest abundance at a depth of 11-29 m, and no other bryophyte is growing with it. In the Brazilian locality, it is growing in running water of a small spring, near the surface, and associated with other hygrophilous mosses. Moreover, the Brazilian specimen is from considerably lower altitude.

I will be doing a bit more research, on and off in future, and will add any other info I glean here, as and when appropriate.

This very well could be the Fissidens Morishaki as is sold in the trade
https://www.aquasabi.com/aquatic-plants/rare-plants/fissidens-sp-miroshaki
As far as i know this moss was firstly introduced at http://www.miroshaki.nl/. They also have a or had a shop, dunno if they still are open or ever opened, they had some permit trouble during the shops build. It is not far away from my place, but never been there. But i recall them stating at their forum this moss was imported from south america and never realy identified. Hence the name sp. Miroshaki i guess..

Benauld said:
Although terrestrial, and not aquatic,
Click to expand...

I kinda have my doubts if this is realy the case.. Just give it a go, if you are patient enough you might find out as i did, yet not encountered a terrestrial moss that doesn't grow aquatic.. But in aquatic form it just is completely different. Wouldn't surprice me if all mosses can have both forms. It took me a year, but finaly got Haircap moss transition to submersed. And it becomes stringy..

Benauld said:
Although terrestrial, and not aquatic, my favourite tropical moss species so far has to be the genus Hypnodendron, the Palm, or Umbrella moss. So cool!
Click to expand...

That's outrageous...it looks so alien it could be from another planet...or the land that time forgot. It's now my new favorite as well

zozo said:
Just give it a go, if you are patient enough you might find out as i did, yet not encountered a terrestrial moss that doesn't grow aquatic.. But in aquatic form it just is completely different.
Click to expand...

Good point, it's always worth experimenting and seeing whether species will adapt to a specific (in this case aquatic) lifestyle.


zozo said:
This very well could be the Fissidens Morishaki as is sold in the trade
Click to expand...

Possibly, although F.hydropogon has such a small natural range that it would be a huge coincidence!


Tim Harrison said:
It's now my new favorite as well
Click to expand...

Ah, a man of good taste!

Benauld said:
Possibly, although F.hydropogon has such a small natural range that it would be a huge coincidence!
Click to expand...

Who knows? But it's a south american moss you can add to your list..

It is indeed, thank you zozo!

It's always good to know that some of these species are out there in the British Isles too!

Not that I'm advocating collection from the wild, as I'm not certain whether there are any restrictions in law with regard to this. Still, collecting spores and germinating them at home should be legal, (although I'd need to check this too)... 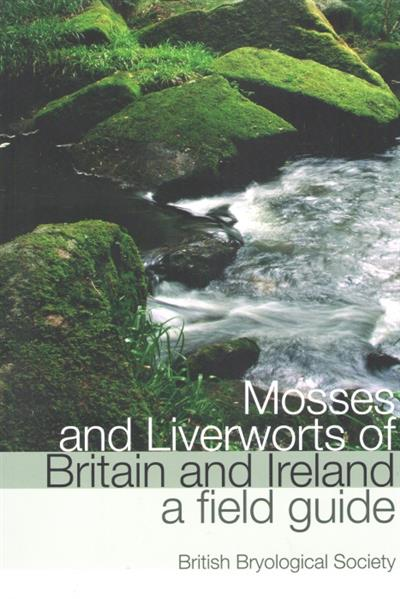 I purchased a copy not so long ago, been meaning to get one for ages, it is possibly the best value for money book I've ever bought.

Tim Harrison said:
it is possibly the best value for money book I've ever bought.
Click to expand...

<"Same for me">, as well as the species descriptions, it has a really useful "habitats list". With this book and a microscope you can get an ID for the vast majority of UK bryophytes.

The only criticism I have of mine (I got it Xmas 2012, and I have taken on fieldwork etc) is that the binding has come unglued.

dw1305 said:
the binding has come unglued.
Click to expand...

Not a good attribute for a field guide...Thanks for the heads-up, I'll be doubly careful with mine.

https://www.facebook.com/britishmoss/
Already following them around for a while..

Tim Harrison said:
Ah...I recognise that as a page from...
Click to expand...

That looks like a very interesting book, I'll have to see if I can get hold of a copy. Maybe if I'm good... my birthday is only four months away!

The following mosses are also from South America, and a good number of them are aquatic too. However, this will be my last update regarding this, because although the question of whether there are any South American mosses has been addressed in principle (and the answer is yes, there are loads!) it's becoming a pretty academic exercise, as nearly all of them are unavailable to aquascapers.

(Sorry if I have repeated any species above, that I have given in previous lists!)

It is a shame to see that one of the species I was researching, Flabellidium is already extinct! Although this may go some way to explaining why South American mosses aren't widely available in the trade.

But then I can't help thinking that perhaps conservationists are missing a trick here, given that it would be preferable to have a hypothetical 'refugia' of endangered species thriving in aquaria throughout the world, then, in the event that a species becomes extinct in the wild, at least it could subsequently be reintroduced after any environmental protection measures are put in place...

Anyhoo, thanks for reading!