Looks great Tony! Great recovery What you'll find with the Bolbitis is that it will flatten out and grow forwards and hopefully get a layered effect.

Hi tony,that's a great recovery mate,this is going to be a really nice scape if all goes well,
Regards john.
www.johnstarkeyphotography.co.uk

Give it three months and this is gonna be one of the best UK 'scapes around.

Thanks very much guys. I had a bit of time on the gravel today, so thats looking better now - I'll try to do some more pics this week

Has anyone tips on bolbitis growing ? I've got some in the discus tank, but its incredibly slow growing. I'd like to know if it does particularly well in certain conditions, or if you can trim it in anyway to keep it bushy, rather than stringy.


Tonser said:
Has anyone tips on bolbitis growing ? I've got some in the discus tank, but its incredibly slow growing
Click to expand...

I have been told to watch the amount of NO3 you put in the tank and also to watch the temp! Top for them is 28C and the lower the better so I heard. Hope you have better luck with them than me!!


Tonser said:
Has anyone tips on bolbitis growing ? I've got some in the discus tank, but its incredibly slow growing.
Click to expand...

IME it takes a good while to adapt to new conditions, but once it's got going it's quite rampant.

It does also appreciate good flow.

lots of flow lots of co2 gets burnt by really high levels of kno3.
Don't believe the hype.

That space just under the root with bolbitis?
Anything going there?

Thanks for the bolbitis tips guys I've had alot of die-back / melt on some of it in the first week, so I've trimmed back all the dead stuff. The flow from the 2 lily pipes is pointing at the bolbitis on either side, so hopefully with the right dosing it will adapt and create new growth.

jay said:
That space just under the root with bolbitis?
Anything going there? Thinking a rock with some java narrow poking out from under it.
Click to expand...

I'm going to leave that space for now, I quite like it as a sort of path through the scape. There's E. Parvula, and E.Tennellus planted in amongst there so we'll see how that grows in.

So, things are generally going well so far, I've got fast growth coming from the Diffidis, and runners appearing from the E. Tennelus and the E Parvula too, plus lots of new shoots in the Crypt Parva 8) The Bolbitis has suffered alot of melt, so I've cut it back quite hard to encourage new growth - fingers crossed on that one.

The only problem I have is a very fine kind of hair algae, which is appearing primarily on the sand in the front corners of the tank. It seems to be from the Malaya dust which was spread around when I had to rescape - has anyone else had this ? I can remove it by twirling some tweezers around and wrapping it up, but I have to do it every morning. I guess its a flow thing as the flow is probably least in these areas ?

Here are some new pics I took last week, on Day 17. 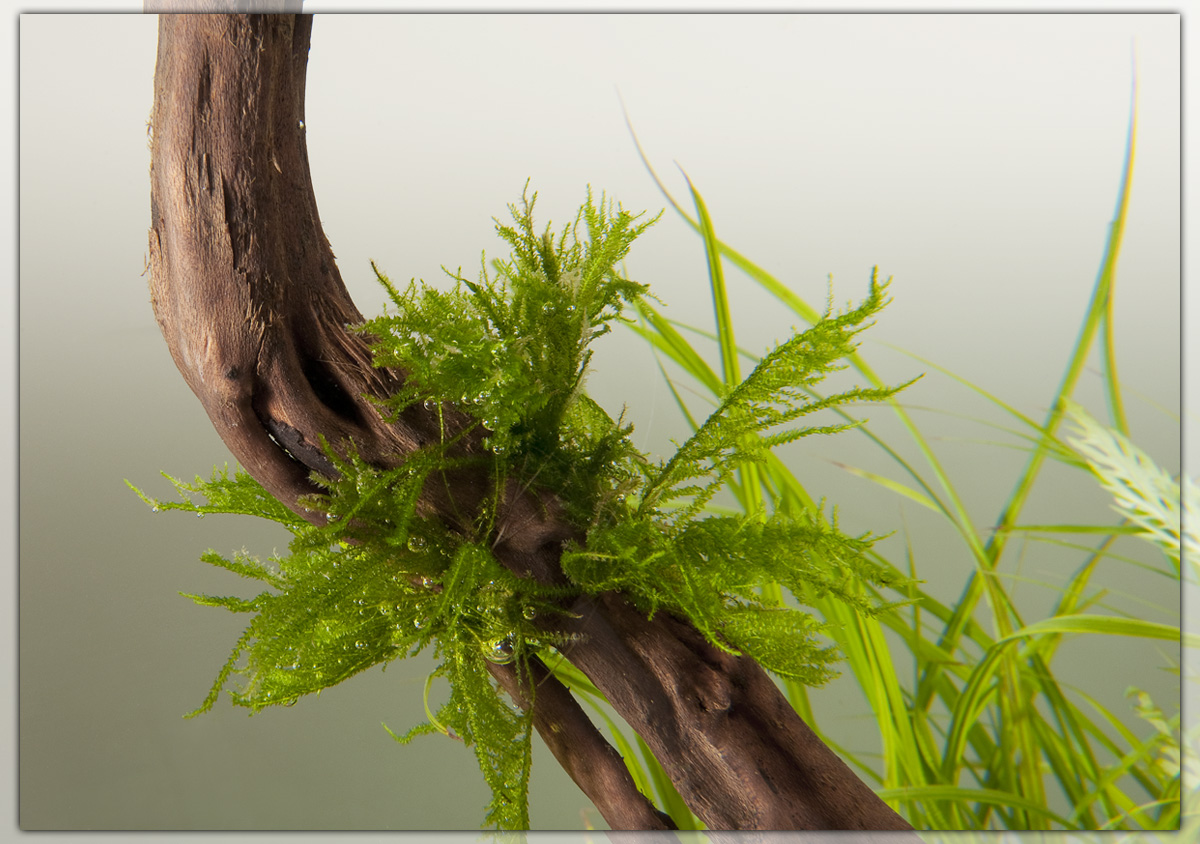 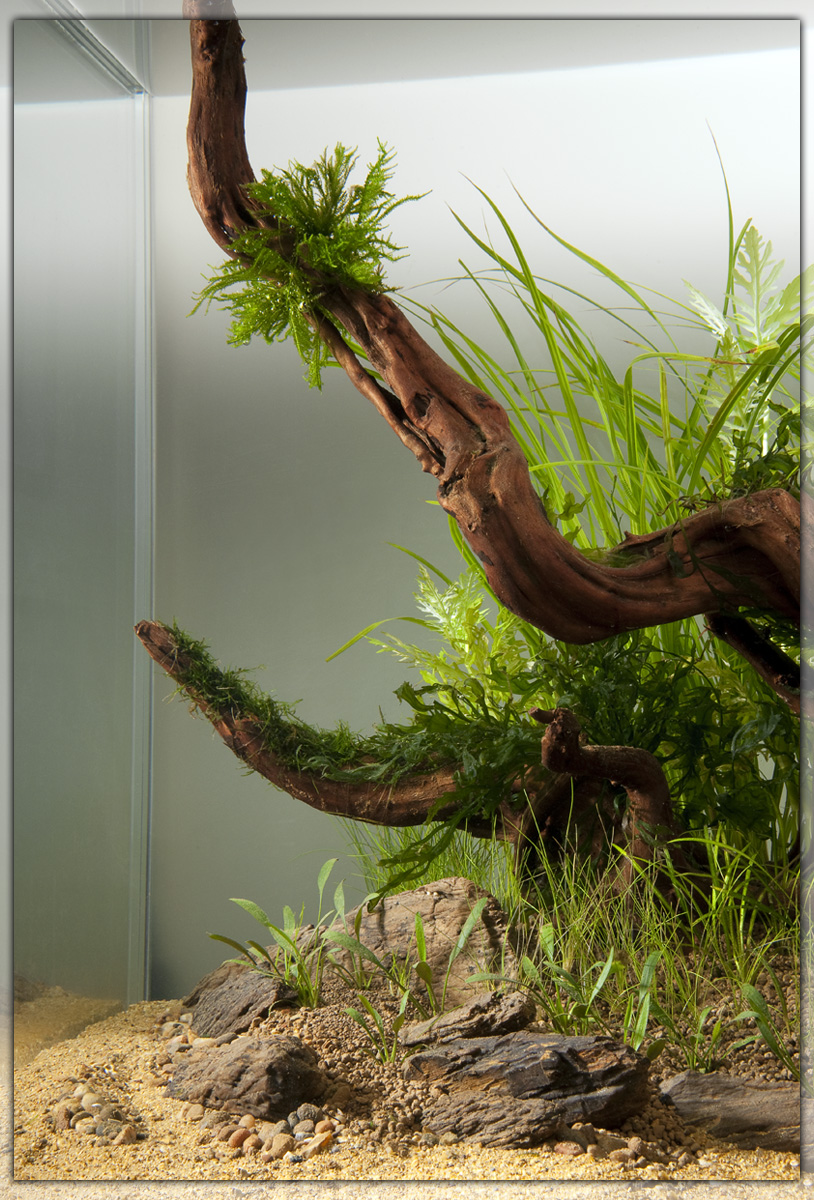 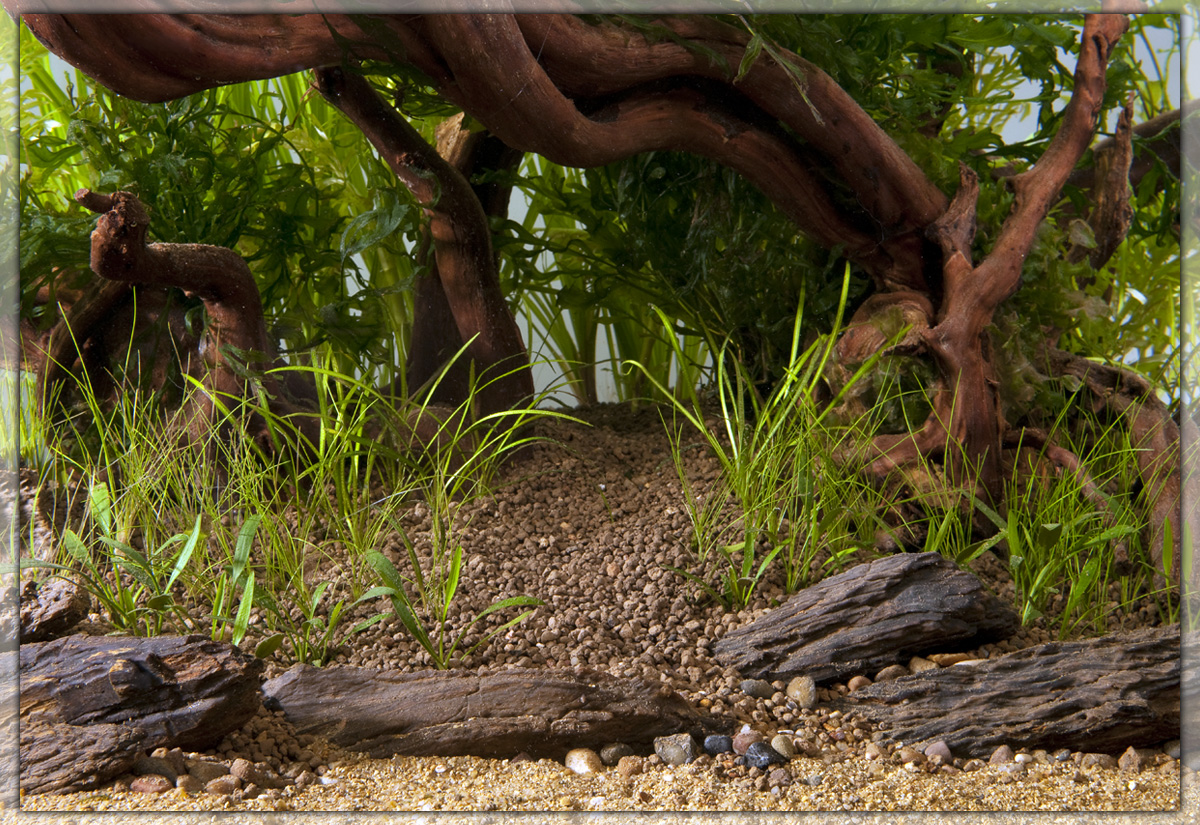 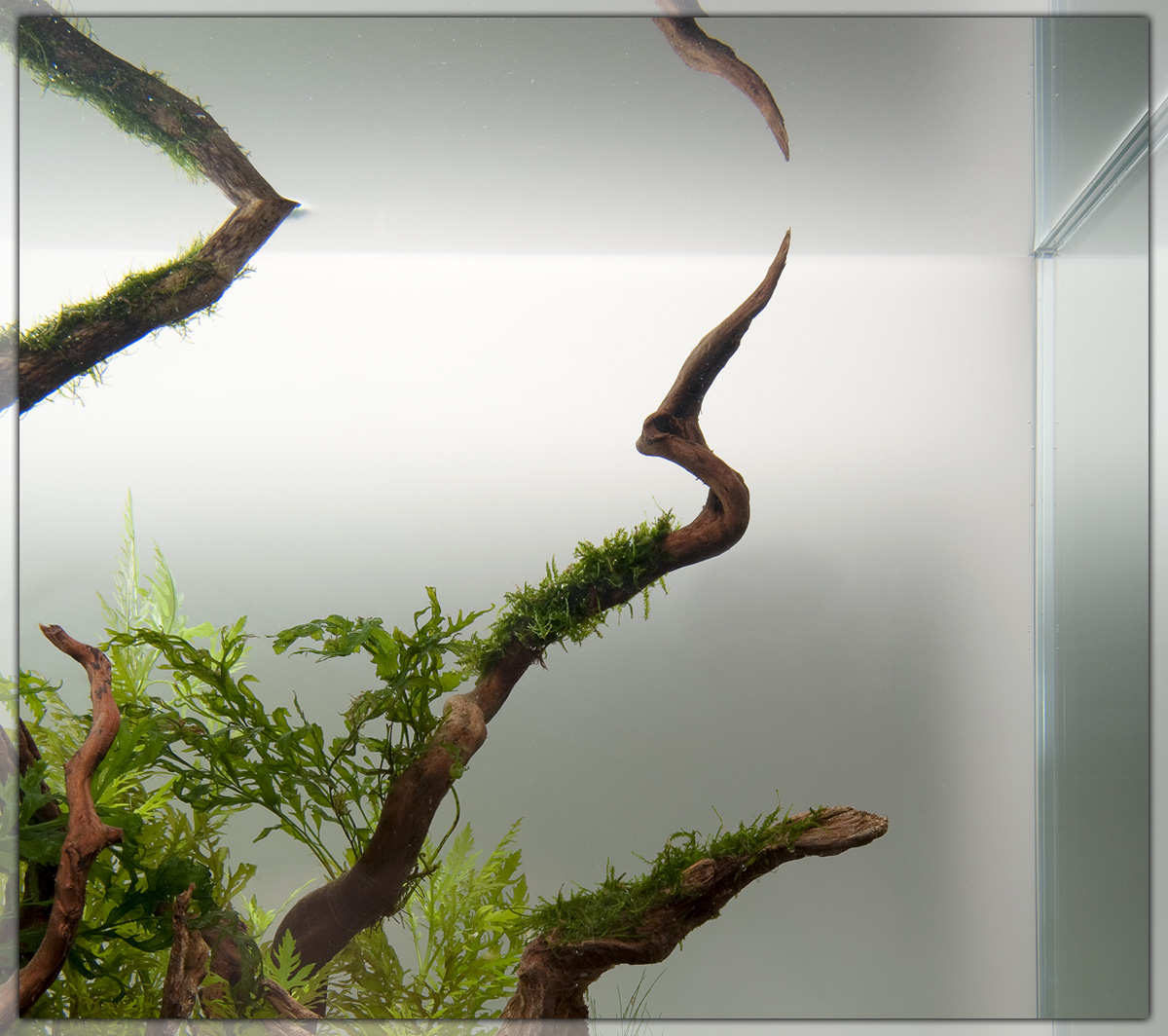 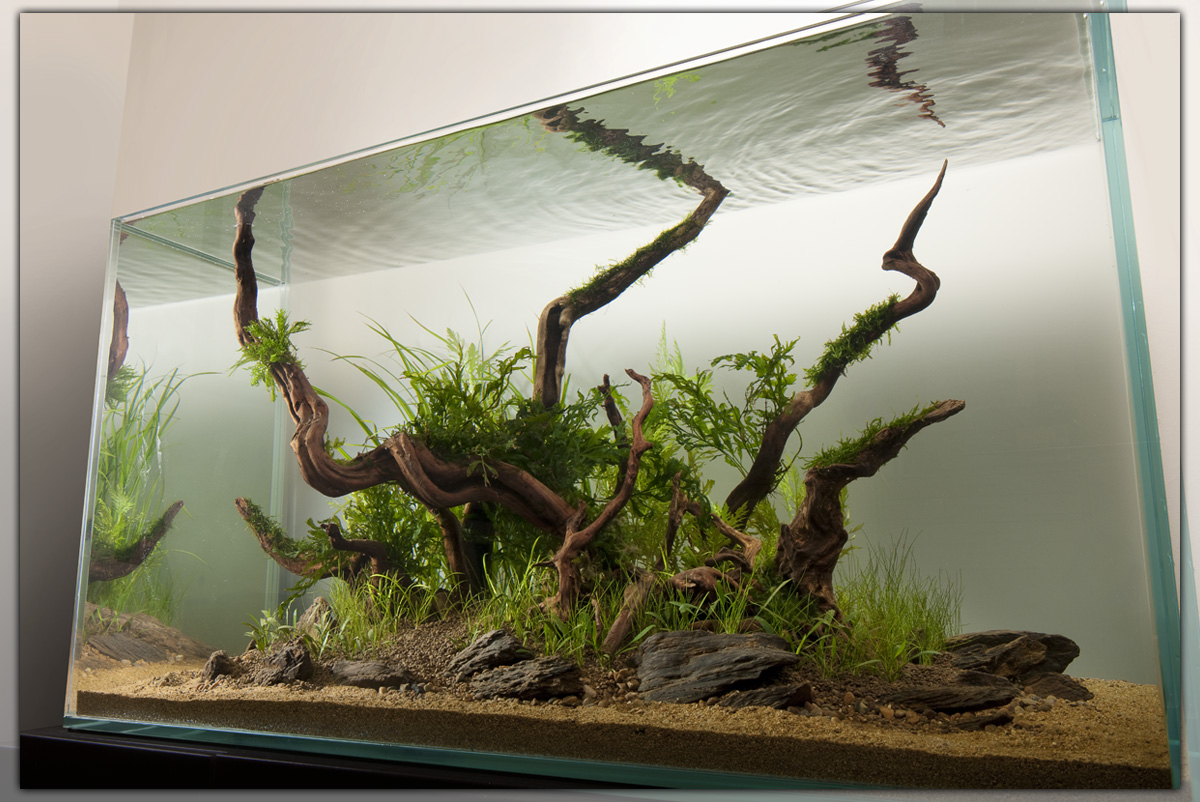 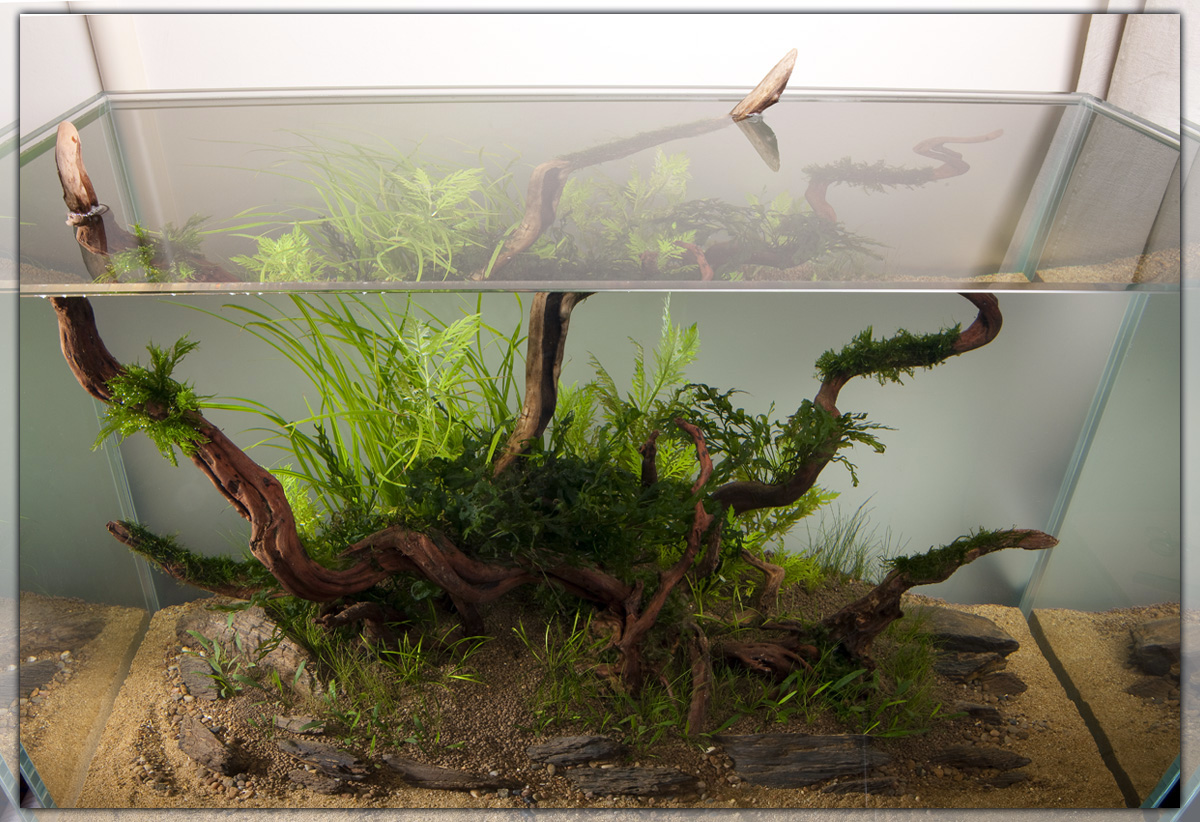 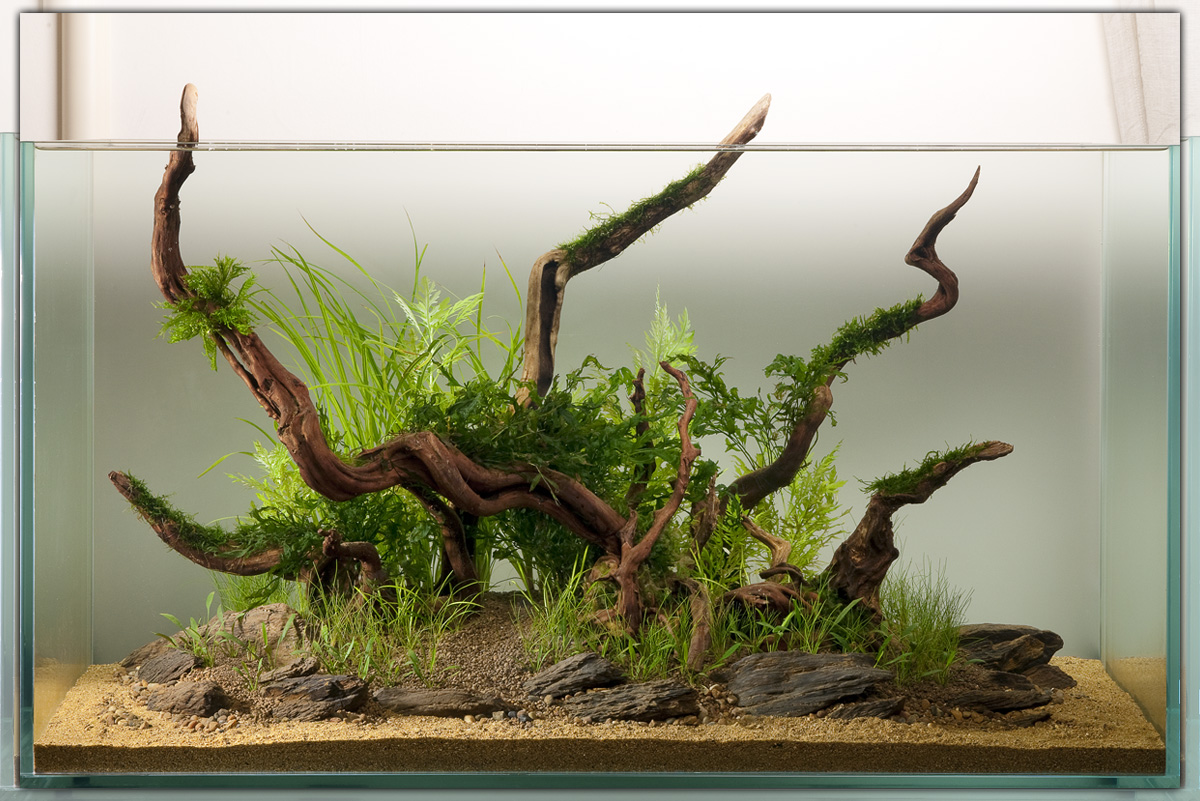 Whoop to the whoop! Thats looking awesome Tony and the photography is faultless as always, top stuff!

tanks looking great tony as well as the pictures, so clean looking! the algae sounds a bit like spiro gira (spelling may be out?), have you got any pics of it?
90x45x45cm tank scapes - Llyn Peninsula / "Unknown Valley" / "Apalala Shore"
ADA Mini M Nano (36x22x26cm) - "Aquascape #2"
Stu Worrall Photography

Oh my is that underwater?for real?Its amazing!
And do you by any chance know what moss is used in the first pic of your inspiration?
thanks
Thanks,
Prashant