Just wanted share a DIY project I had finished recently for my planted tank chiller.

This is a Teco TR15 chiller which had served me very well for the past one year plus. It was very efficient when chilling my 31c (88F) tap water to the desirable 24c (75F).

Since I had about 50+ amano shrimps in my tank, some of them would decide to “take a stroll” outside the tank once in a while and guess where they end up? Yup, under the chiller! I had lost half a dozen of them guys.

Due to the weight of the chiller and the short hose connections from the filters, it was nearly impossible for me to rescue the shrimps (poor guys) in time from the warm exhaust air from the chiller.

I also noticed that the gauze filter under the chiller tends to collect dust and “what not” quickly. So this got me thinking on what I can do for a “fast response rescue” of the shrimps caught under the chiller.

This is my DIY chiller stand idea I came up with. The stand cost me about US$15+ to build. One unintended positive outcome from this stand was, I noticed the chiller tends to cool the water faster due to the improved air flow into the chiller.

I’m sure the members here can do much better than this.
If you can improve on this stand, what would you do or not do to this concept. I'm very curious to know. 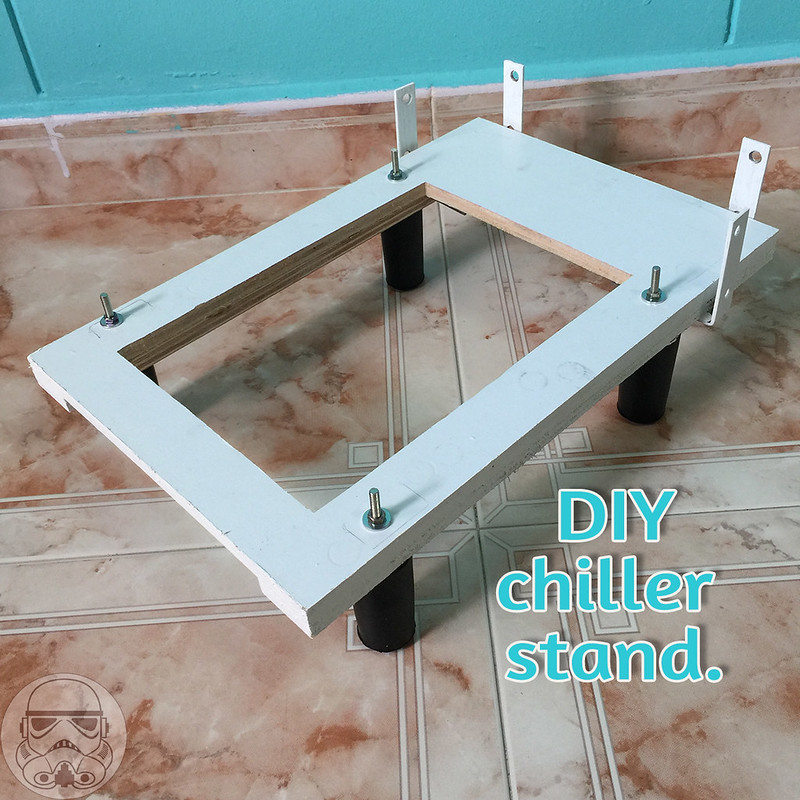 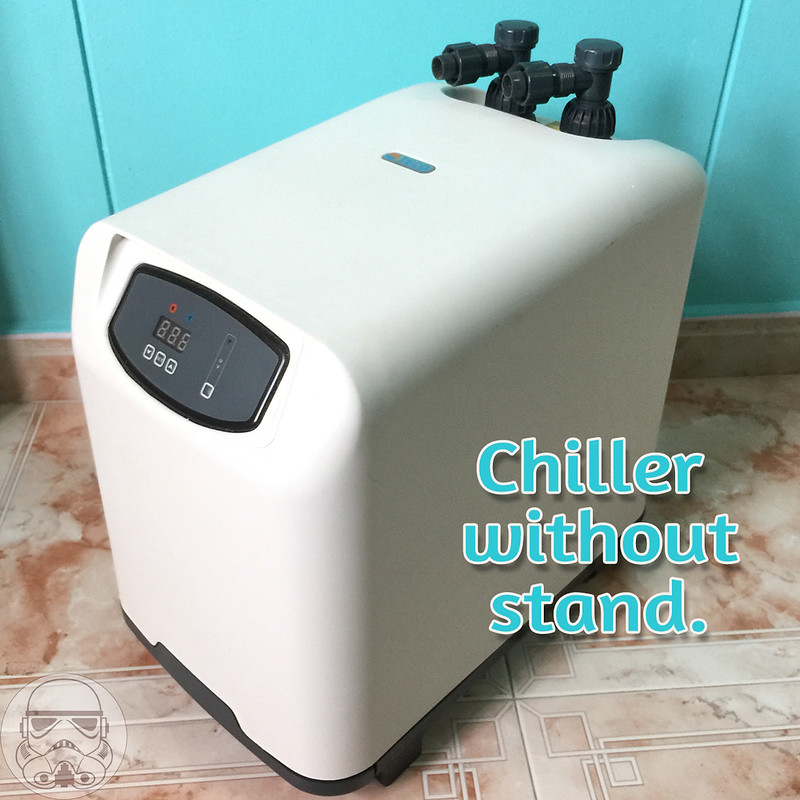 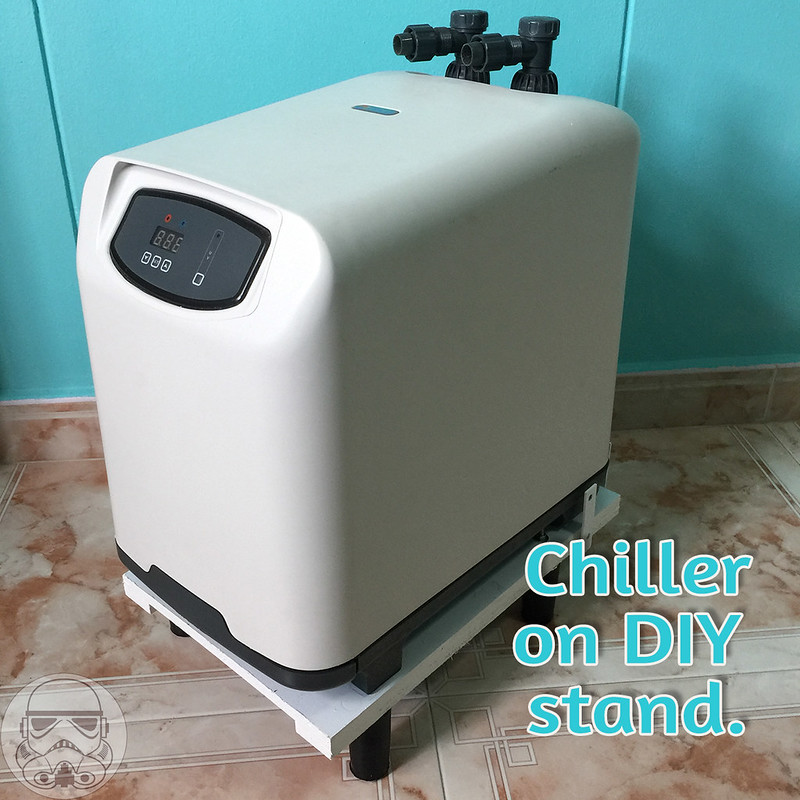 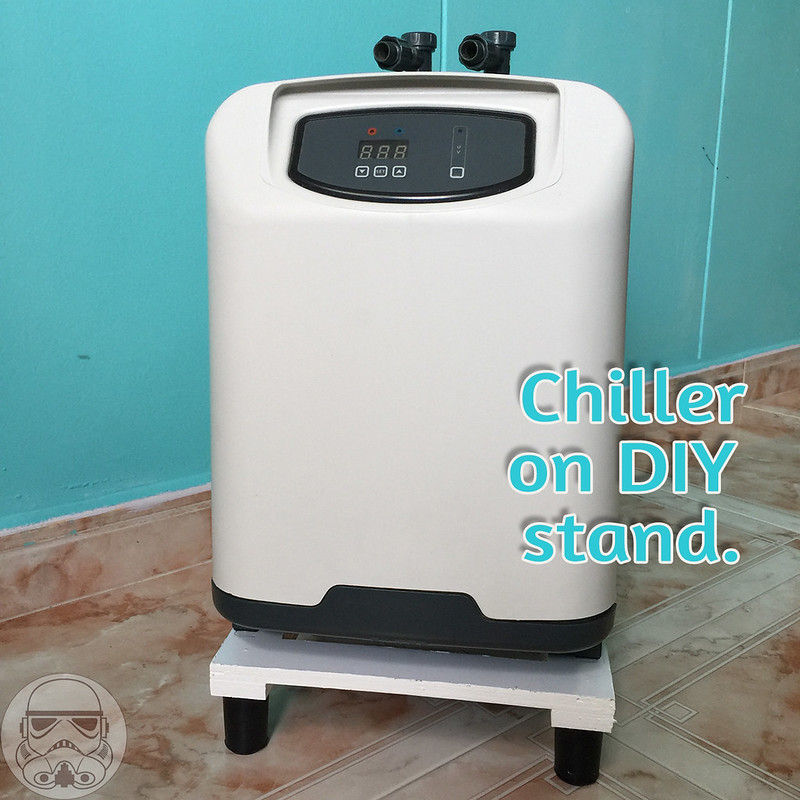